Accessibility links
Hear The New Song By Radiohead And Hans Zimmer, 'Ocean (Bloom)' : All Songs Considered Composer Hans Zimmer and Radiohead have teamed up to reimagine the band's song "Bloom." The new version, which is much slower and sparer, is called "ocean (Bloom)." 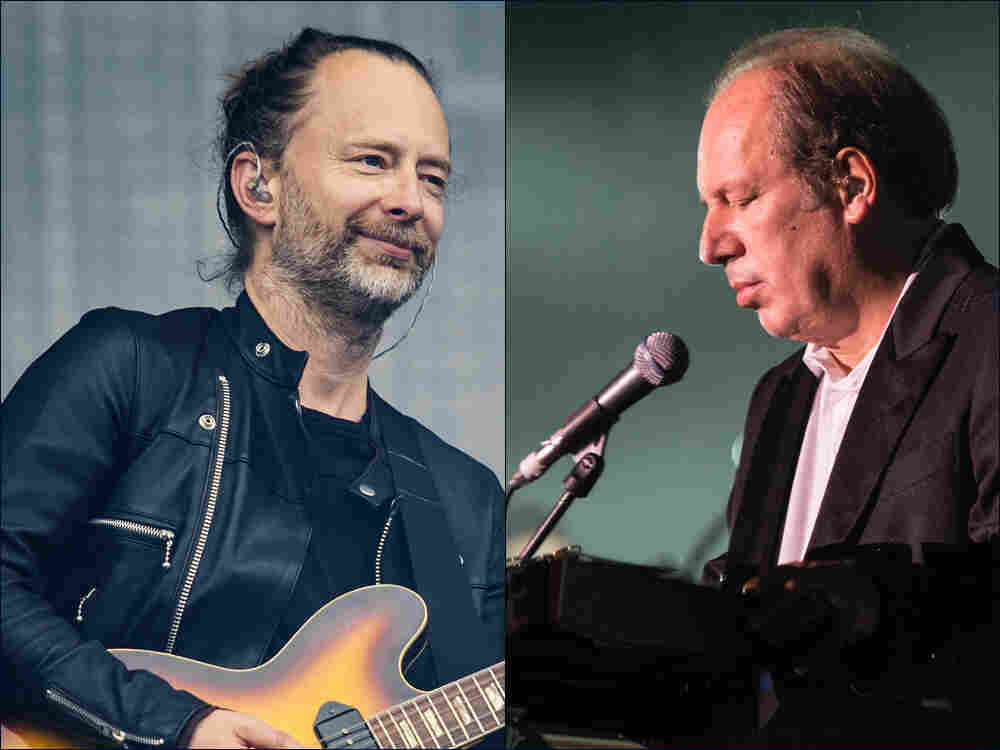 Composer Hans Zimmer and Radiohead have teamed up to reimagine the band's song "Bloom," taken from 2011's The King of Limbs. The new version, much slower and sparer than the original, has been retitled "ocean (Bloom)" and was recomposed to soundtrack the upcoming BBC documentary Blue Planet II.

Radiohead shared a trailer with the music this morning on Twitter.

"Open your mouth wide," sings Radiohead frontman Thom Yorke over stunning, underwater footage of sea life. "The universal sigh / And while the ocean blooms / It's what keeps me alive."

Yorke says that the original version of the song was actually inspired by the BBC's first Blue Planet series, which ran in 2001. "So it's great to be able to come full circle with the song and reimagine it for this incredible landmark's sequel."

This is just the latest collaboration for Hans Zimmer, who has a history of working with pop and rock artists for his scores, previously enlisting guitarist Johnny Marr for Zimmer's Inception soundtrack and Pharrell Williams for the 2014 film The Amazing Spider-Man 2.