Accessibility links
Torres, On Her New Album And The Power Of Relentless Hope : All Songs Considered On her latest album, Three Futures, Torres finds light in life's darkest moments, confronting fear, obsession and even unhinged ecstasy with faith and optimism. 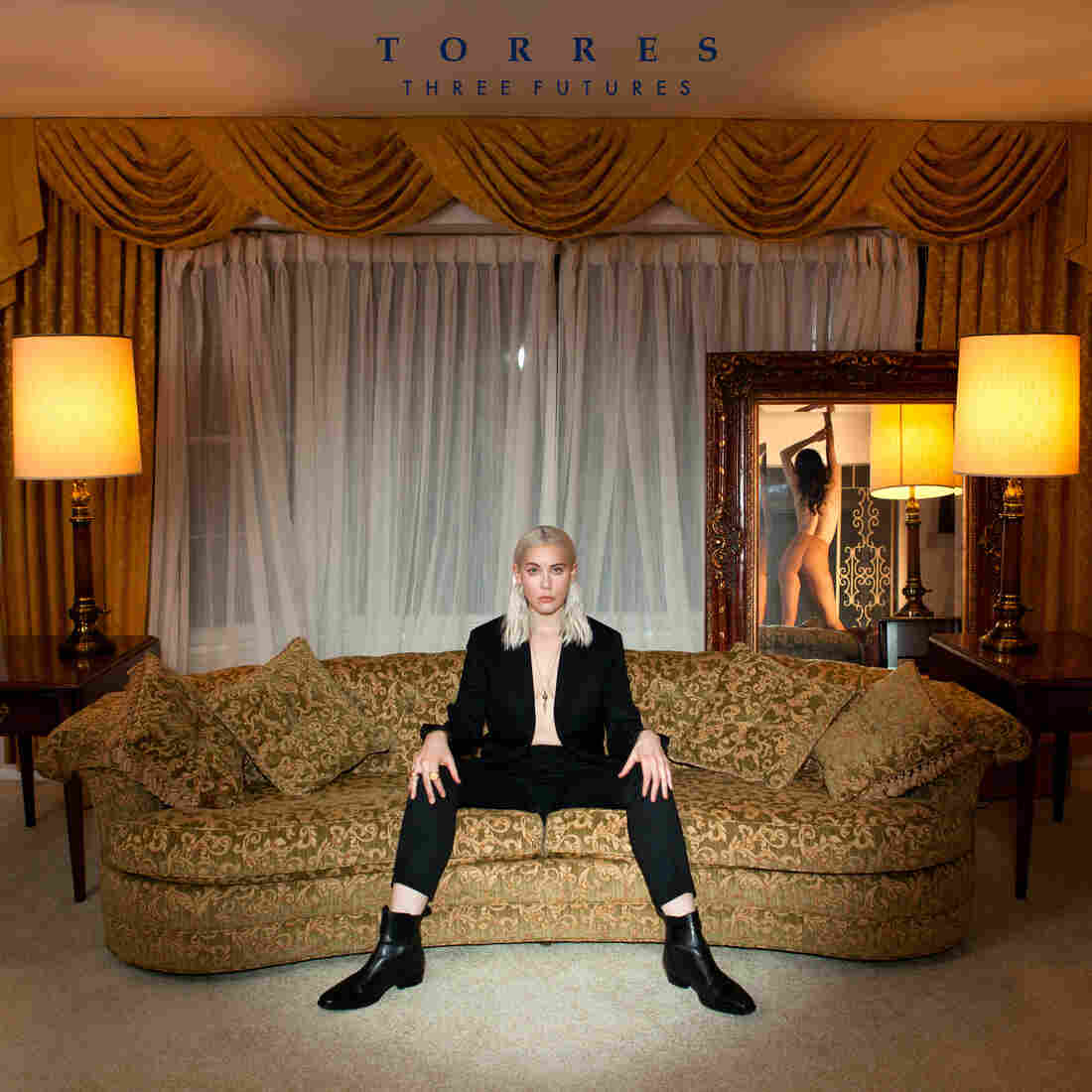 Torres' third full-length, out now on 4AD, is Three Futures Courtesy of the artist hide caption

Anyone who's seen Torres perform live (or listened to her 2015 sophomore Sprinter) knows what a confrontational force she is. She quietly rages, maybe seethes, on stage, with the kind of intensity that can leave fans both rattled and transfixed. It's like watching storm clouds rise and darken, captivated by their beauty while knowing that at any moment they could swirl out of control and turn into a full-blown cyclone.

Mackenzie Scott, the creative voice behind Torres, channels all this tension — the uncertain moments between containment and chaos — into her third full-length, Three Futures. It's a record, at least in part, about Scott's battle to maintain control of her own mind and body — to find an equilibrium and hold onto it, before desire turns to obsession, fear into terror or even joy into unhinged ecstasy.

Three Futures lacks the gnarled guitar noise and propulsive rock beats of Sprinter, but is no less potent or distorted, with twisted electronics and dark synths, as Torres exposes and confronts both her inner demons and the more charitable voices that give her life.

For the release of Three Futures today on 4AD, Scott walks us through the album, track by track, revealing parts of her creative process, the stories and moments that inspired these new songs and explains, among other things, the power of relentless hope.

1. Tongue Slap Your Brains Out

"I grew up on this idiom. When something tasted good, it wasn't just good. It was so good that 'it'll make your tongue slap your brains out.' Growing up south of the Mason-Dixon, people ate. All daily planning was very next-meal centric. Dessert was a big deal. To have supper without following it up with dessert was unthinkable. I live in New York, now, and though I love it and call it home, people don't really eat here. They graze and they pick — they eat on the run. They don't eat huge meals three times per day here like they do in the south. When I miss the comforts and safety of childhood I pine for the food of my youth."

"In my observations and in my own experiences, I've seen insecurity drag people's shadow selves, the parts they hide, into some harsh light. Fear is powerful in that it tends to expose us, strips us of our composure, especially fear of the unknown. Often, what it is we fear most is hidden within the dark corners of our own subconscious. What I found in myself was a fear of losing control – of myself and of those I love most. Inevitably, that fear of the loss of control becomes the garish, Edward Hopper-esque light which reveals you were never in control at all."

"What do you want to happen? What do you think should happen? What will happen? There could be overlap, but equally, chances are that each of these questions has an answer that is not like the others. We are presented with options in this life. There is glory in being an earthly creature for this reason, but there is also agony. To choose usually means to forego other options that may be just as meaningful, just as promising, and though we can imagine, we cannot actually see what's ahead of us. When a threshold is crossed, the door we've just walked though may close behind us. The future is a point of no return, but it is the only place for us to be." 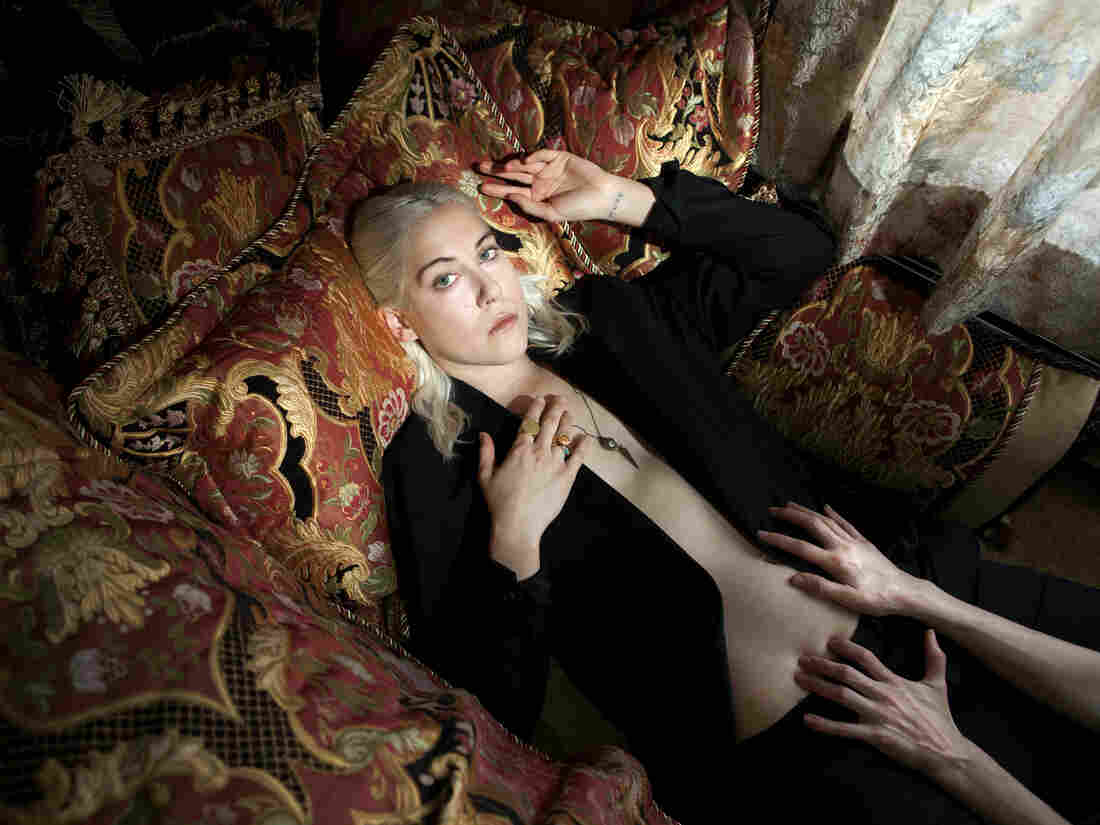 "I was having dreams about panopticons. Panopticons underground in industrial, factory-like dungeons. Panopticons in space, turning slowly in untethered orbit with windows for walls. I began to draw them – cylindrical towers at the center of a ring outlined with prison cells, some with chairs, some without. It was only at the time I started to draw the panopticons that I began to understand that I was dreaming about power, but also about self-restraint. I'm curious about the moment when indulging a fantasy actually becomes weakness and what it means to get what we want, when we want it."

"This was one of the first songs I wrote for the record. One of my best friends back in Tennessee used to live in this house that was so slanted that you could put a marble at one end and watch it roll. It was one of those romantic, arty houses you could imagine people writing novels about. I'd wanted to write about that kitchen for years. Then I awoke around witching hour a couple of years ago and this word pairing was on my tongue – green stretch – so I wrote it down and came back to it after some time, still unsure of what it meant to me. Then as an exercise, I wrote a short story utilizing the word pairing, which is when it evolved from green stretch into greener stretch. I was able to extract the most correct meaning from the short story only when I read it back: the value in insisting upon a relentless hope for a future, even given past and present disappointments and sorrow."

6. Helen in the Woods

"Control and possession — the desire for, or the lack thereof — motivate people to act in ways even they themselves couldn't have imagined. Obsession has the power to consume everything that stands in its way, but also the one who hosts it. The one who cannot tame their desire is not really in control, are they? I wanted to write about that turning point when desire becomes obsession and love goes ass-backwards." 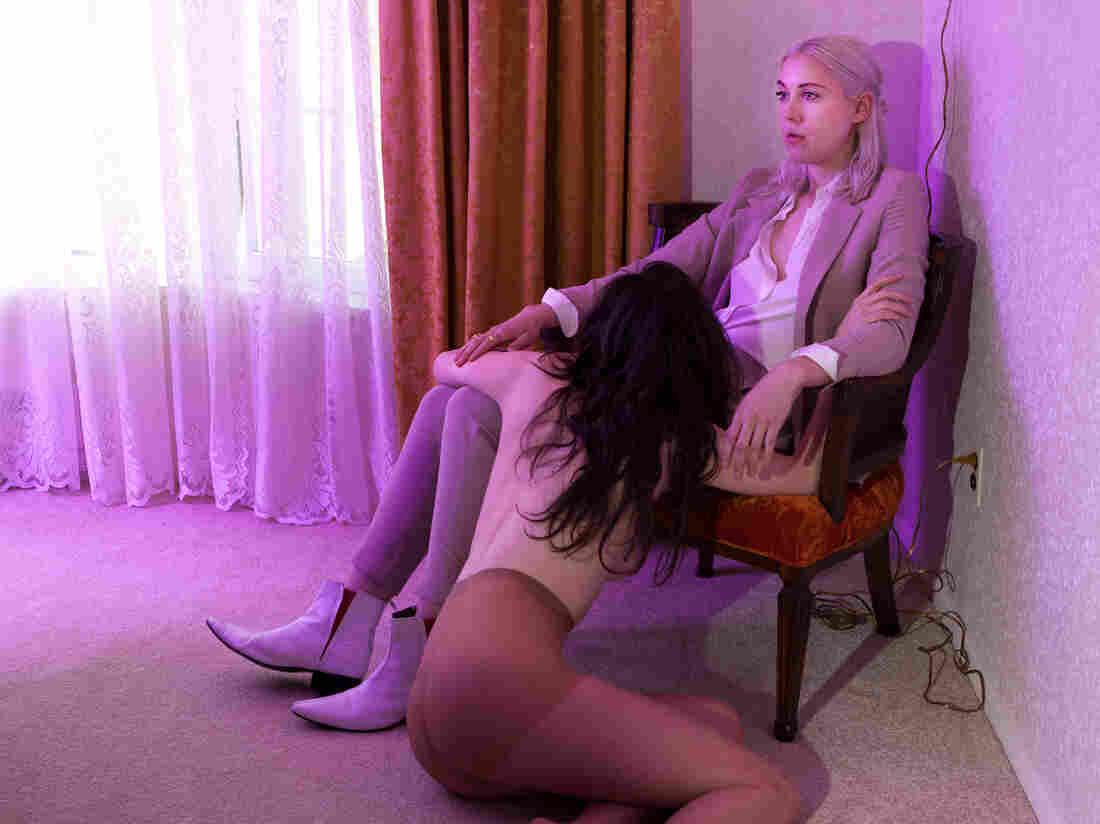 Enlarge this image
Ashley Connor/Courtesy of the artist 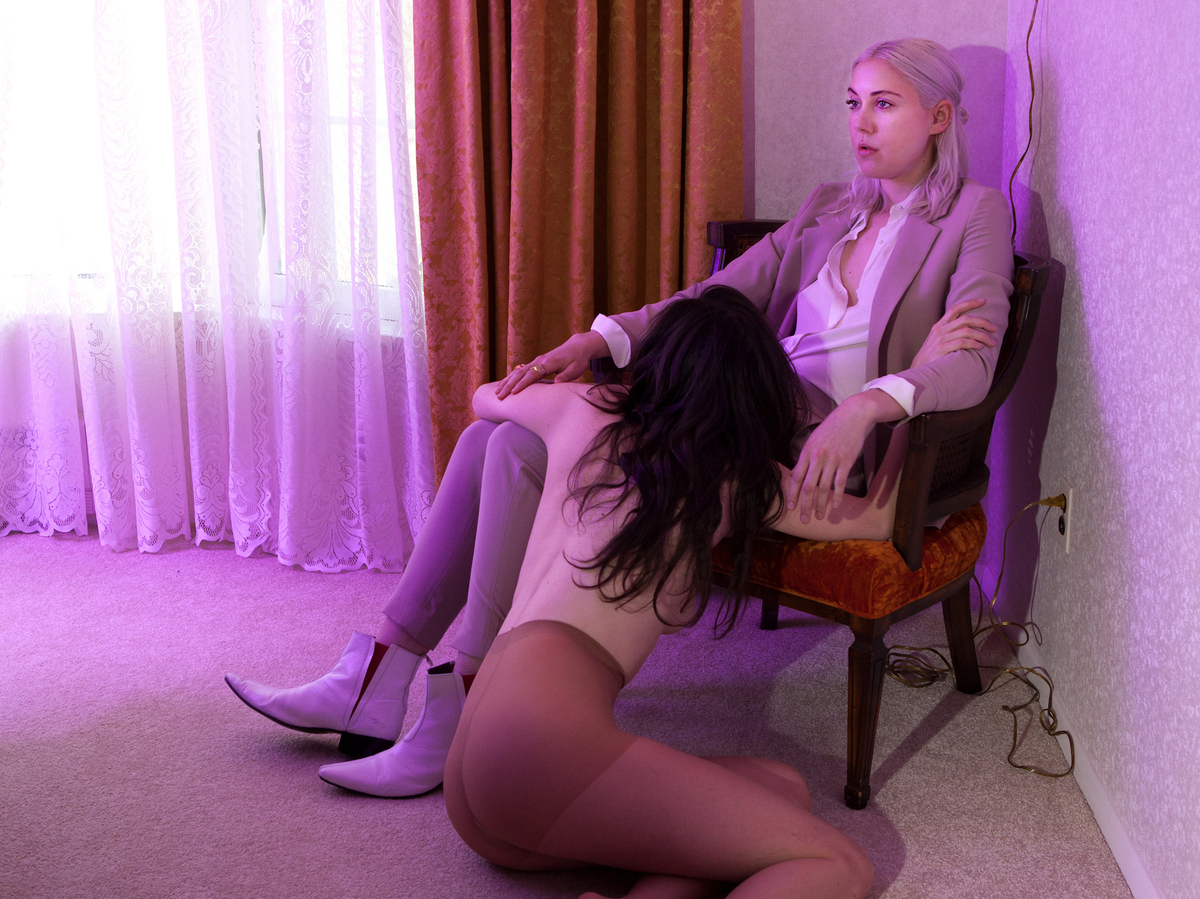 "I love how joy, celebrated at its extreme, has the potential to teeter over into ecstasy. This sort of maniacal jubilance, like Ebenezer Scrooge when he awakes from his harrowing incubus on Christmas morning, is often observed in someone who has just feared they were about to lose something or someone, only to be instead granted a second chance. This song is that unhinged resurrection dance, the euphoria following a narrow escape from near-death."

"This is my best attempt at encapsulating the moment right before coming down from the best high you've ever felt. That small window contains preemptive disappointment for what will be lost. In my experience the anticipated depression can (and usually does) override the ecstasy even while you're still flying. I wanted the song to sound like an abandoned palace personified, iced-over and hollowed by time, audibly mourning its ancient glory passed and all its past parties." 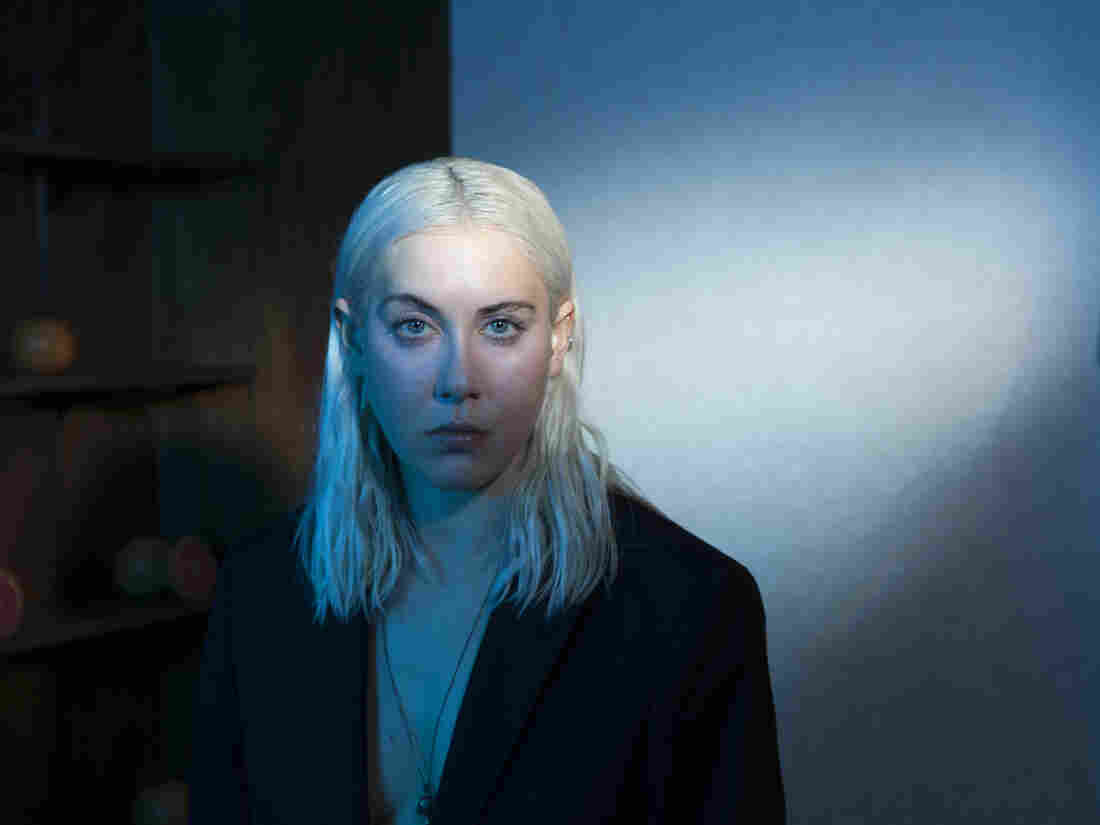 "I used to look outside my bedroom window every day and stare at a graffitied Ganesha just under the M train track. It took me a couple of years but I eventually made friends with the Ganesha and came to believe it was winking at me when I'd look out my window to say, 'hello.' What followed was the biggest life overhaul I've ever known. My best friend told me once, right when I moved New York, that living here necessitates having two of the three pillars of stability at all times: your home, your relationship, and your livelihood. Within a month's span I lost two of the three and nearly lost the third, and I came to believe the Ganesha knew what was coming for me. I don't live in that apartment anymore but I think of my indigo friend every day and wonder if it's taunting someone else with its foresight."

"This one started hymn-like, but evolved into something more like a southern gothic Gregorian chant for the apocalypse. I wrote this song last, as it was the one I was avoiding writing the most, and recorded it in one take."