Accessibility links
How Weezer Traded Power Chords For Pop: A Conversation With Rivers Cuomo : All Songs Considered Weezer frontman Rivers Cuomo walks us through Pacific Daydream, the band's new album of polished pop hits, and explains how he finally eliminated power chords from the group's sound.

A Conversation With Rivers Cuomo 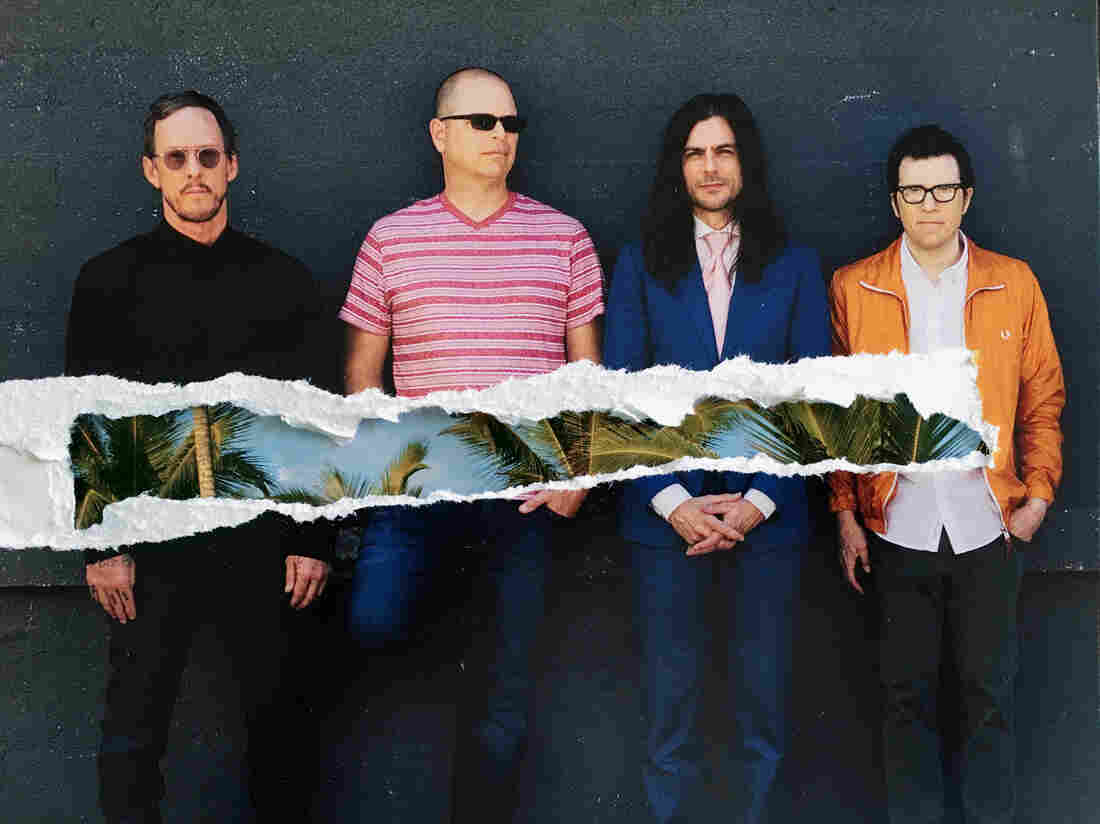 Weezer has never quite made the same album twice. Over 25 years of making music and nearly a dozen releases, guitar rock has remained the band's core sound. But the moods and narratives, the production and frontman Rivers Cuomo's singing style have all shifted so dramatically with each album that it's sometimes hard for some fans to make sense of it.

With Pacific Daydream, Weezer's 11th full-length and third album in as many years, the band takes its boldest turn toward unapologetic, polished pop. Apart from the opening track, which was actually written for the group's previous release, 2016's self-titled "white album," the crisp guitar noise and power chords that have defined much of the Weezer's sound are almost nowhere to be found. 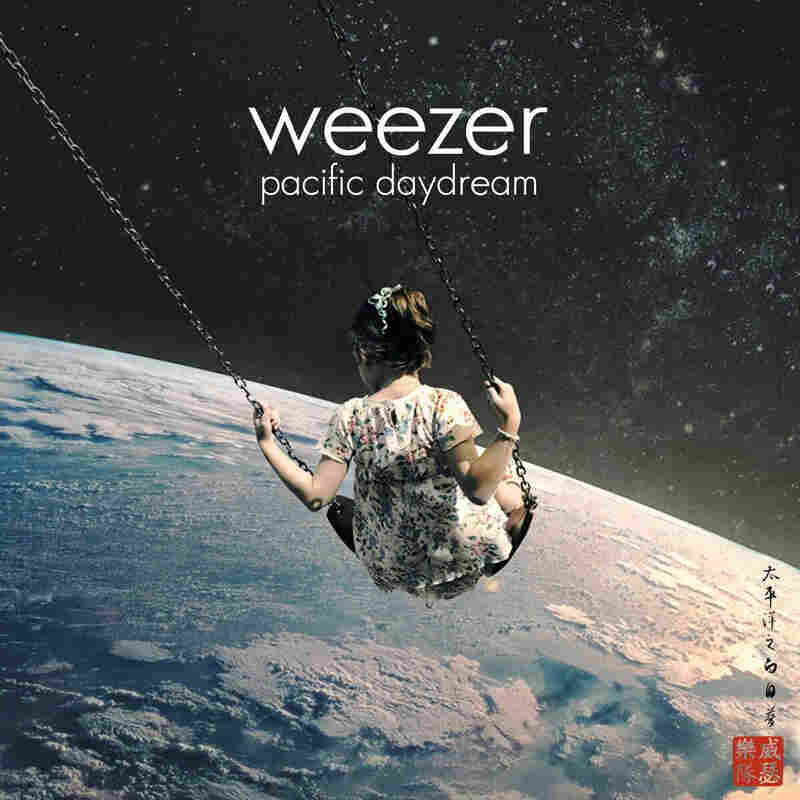 The result is a collection of songs that are breezy and celebratory, but tinged with a hint of melancholy and nostalgia. They radiate with the fading glow of a late summer sun setting on an empty beach, signaling not the beginning of something but the end.

For today's release of Pacific Daydream, Weezer singer and songwriter Rivers Cuomo and I sat down to listen to the entire album together and talk about the band's latest direction. As we dug into each track, Cuomo talked about how he "finally" eliminated power chords from Weezer's sound, why some of his lyrics may sound like nonsense and why he's embraced a cut-and-paste approach to songwriting.

You can hear the full album, with our conversation, with the play button at the top of the page, or read edited highlights below.

"On one extreme you have a song like ['Mexican Fender'] where it's all about this two or three experiences with this one woman. Each verse is very literal. This is what happened. This is what what went down. And then on the other extreme there's a song like 'Feels Like Summer,' where every line is taken from a different source and a different experience and I'm just kind of piecing it together to create a story about something that never actually happened.

"I think I've gotten more into the idea of cutting and pasting. I remember reading when I was first starting out in my early 20s that Kurt Cobain was a big cut and paste-er and I was like, 'But then it's not really about anything.' Or, you know, it doesn't doesn't make sense. It totally worked, listening to him. But when I tried to do it it just seemed like I was pasting together random lines and it didn't add up to anything. But I've definitely evolved in that direction."

On the overarching themes of Pacific Daydream

"The big theme on the record is alienation and loneliness and not feeling like I have a place to fit in. I grew up in New England, a small farm town. I really miss it sometimes and yet I recognize [that] as soon as I got out of high school I moved to L.A. And it was very exciting. I wanted to be a rock star. And as soon as I moved from Hollywood to Santa Monica I started writing the 'Blue Album' songs: 'Sweater Song,' 'Say It Ain't So,' 'My Name Is Jonas.' All those things just started happening as if by some kind of chemical reaction between me and my East Coast side and the West Side and and the Beach and Santa Monica. So I'm I'm almost superstitious about it. I don't want to leave. I'm very influenced by wherever I go. Like, I left Southern California for our second album. I went to Cambridge, I was at Harvard and it was cold and snowy and extremely lonely and I liked that. But it's just a totally different vibe in [the] music."

On Pacific Daydream's original title and the album's overall tone

"Well, you know, we set out to make the 'black album' to follow the 'white album' and that's what this was going to be. And then it kind of morphed into another beach album. But it's like the beach mixed with black, and it's definitely got a darker sadder undertone to it relative to the 'white album.' This is true, I think, with a lot of the songs on this record."

On the unintentional irony in his lyrics

"I am completely oblivious and confused and I have no idea. I never intend to be ironic. [On 'Happy Hour'] I was writing stream of consciousness or free association where the first image that comes in your head, that's what you have to write. And the first thing I thought of was the 20-ton weight falling on somebody and crushing them in Monty Python. And that seemed perfectly reasonable to me. And then of course when any other human hears that they're like, you can't sing about Monty Python on a pop-rock song, you must be ironic. ['Thank God For Girls'] is another example of free association. So maybe when I use that technique it hits people as ironic."

On looking and listening to other artists for inspiration

"I wouldn't say I'm studying a particular artist at the moment. It's more like a playlist. Recently I've been studying Today's Top Hits on Spotify which is their biggest playlist. And like 15-million people around the world listen to that. Or at least subscribe to it. And I'm checking in on that a couple of times a week and just looking at like, okay, how much lyrical repetition is in the chorus? Is the first note to the chorus higher than the highest note in the verse? You know those kinds of technical questions. Not that I'm necessarily copying what they do but sometimes it will just inspire me or remind me like, oh yeah, I don't have to follow this old rule in my head look everyone else is breaking it."