Accessibility links
R.E.M. Reflects On 25 Years Of 'Automatic For The People' : All Songs Considered Michael Stipe and Mike Mills share some of the stories behind the band's landmark album and how it became an unlikely hit.

Michael Stipe And Mike Mills On 'Automatic For The People'

R.E.M. Reflects On 25 Years Of 'Automatic For The People'

Hear The Full Interview And Songs

R.E.M. Reflects On 25 Years Of 'Automatic For The People' 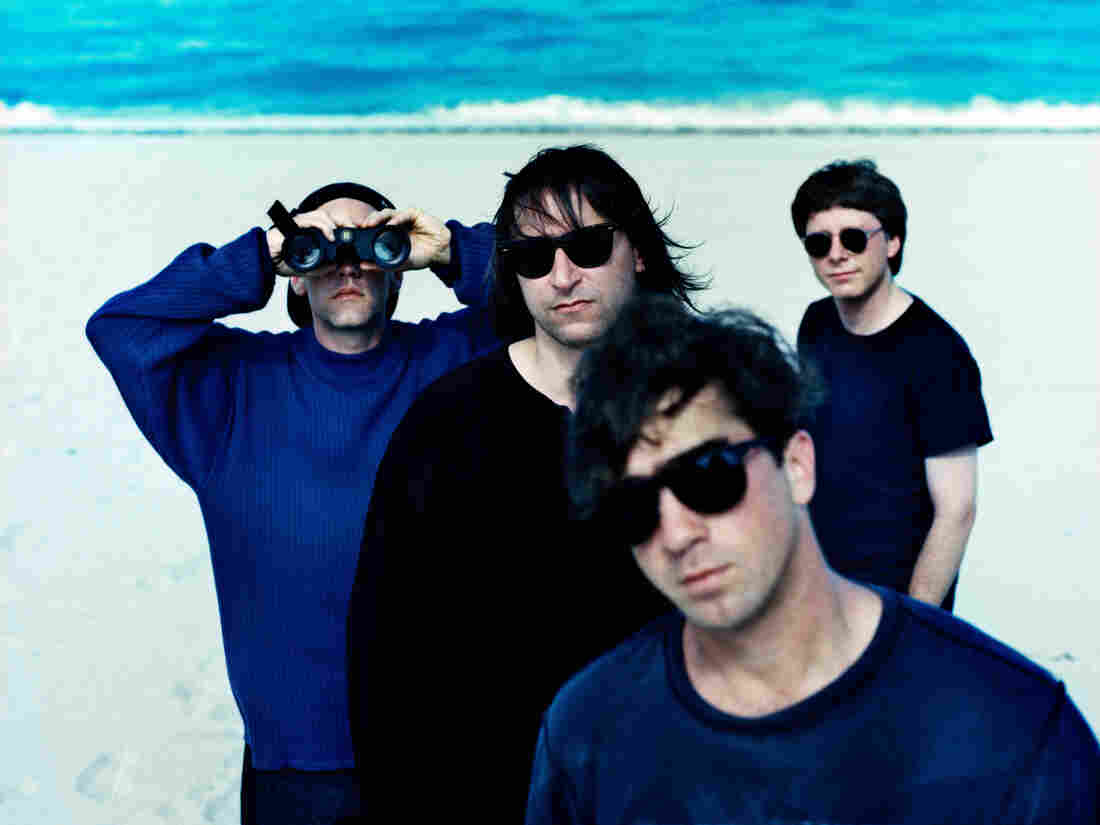 In the summer of 1991, R.E.M. was riding an unexpected wave of monumental success. The once little-known rock band from a sleepy southern town was nearly a decade into its career when it suddenly found itself sitting on a number one hit, "Losing My Religion," from the band's seventh full-length, Out Of Time. It was an album that would eventually sell more than 18 million copies, with other popular hits like "Shiny Happy People" and "Near Wild Heaven."

The success of Out Of Time gave the four guys in R.E.M. the creative license they needed to take more chances with their music and challenge any expectations from both their label, Warner Bros., and their fans.

So when they settled into the studio to begin recording their much anticipated follow-up, singer Michael Stipe, bassist Mike Mills, drummer Bill Berry and guitarist Peter Buck took an unexpected turn: They went dark. The songs that would ultimately make up the landmark album Automatic For The People were slow and melancholy. The lyrics were more introspective, reflecting on mortality, lost youth and the sanctity of life. It was an album of tremendous beauty, deeply affecting poetry and breathtaking production.

This month R.E.M. is celebrating the 25th anniversary of Automatic For The People with a deluxe box set that includes a re-mastered version of the album, demos and outtakes, live recordings, a book of rare photos and videos. In this conversation with Michael Stipe and Mike Mills, the two look back on what inspired the band to take on this new direction and what the music means to them after so many years.

You can hear the full interview and music with the "Listen" button at the top of the page, and read edited highlights below. 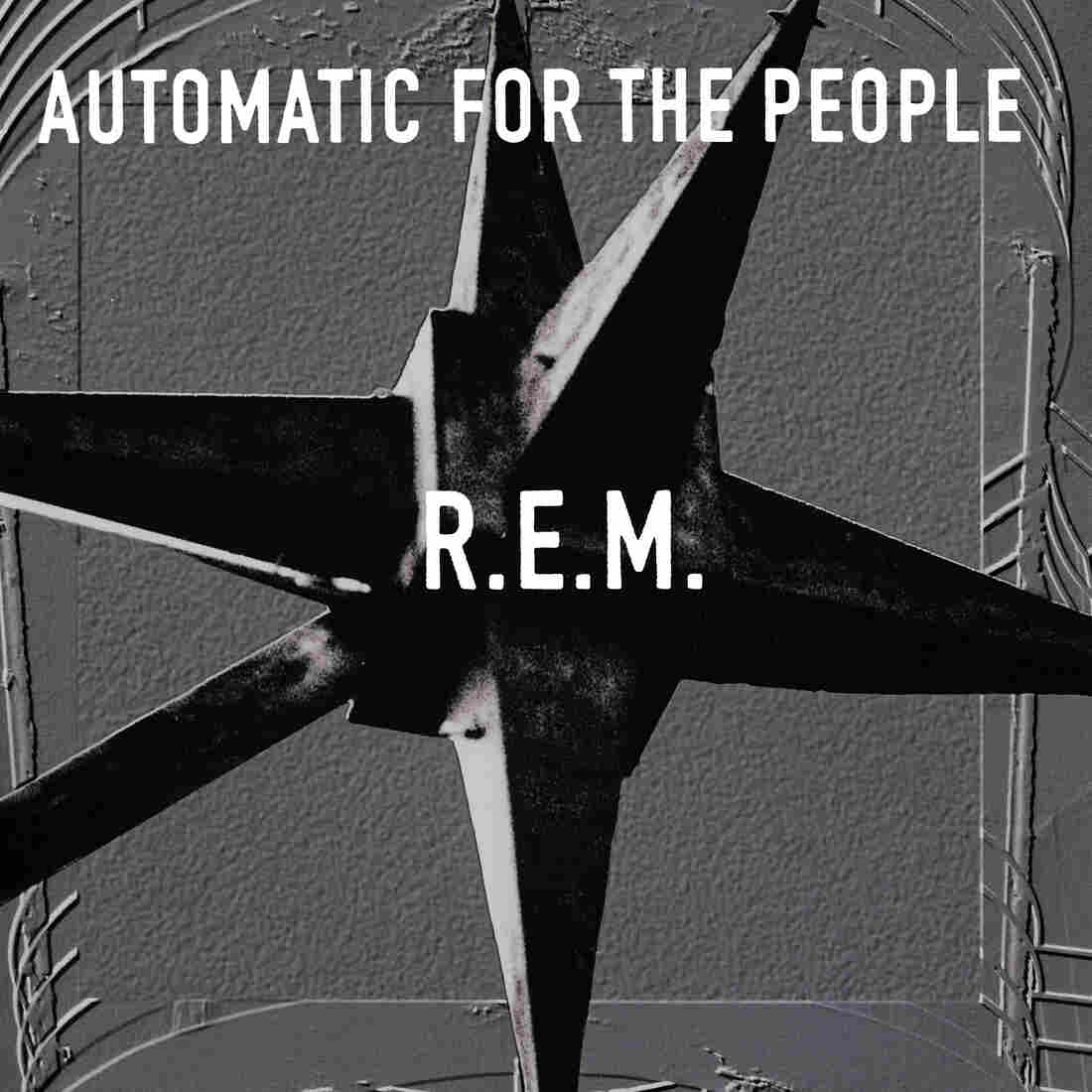 Singer Michael Stipe on what inspired a lot of the album's somber, introspective themes

"I was thinking a lot about death. My grandparents were at the end of their lives and I had a sick dog. I know that sounds like nothing, but I was taking care of a dog that was very, very ill. I had [also] spent the better part of the last decade wondering whether I was HIV positive and realizing, finally, I could get anonymous testing after 1987, and knowing that I was healthy and that I had really dodged more than one bullet. So there was death all around. And it wasn't a conscious decision to write a song or to write a series of songs or an album's worth of death songs. But that's kind of what it turned into. Of course it's also more than just that stuff, you know it's about life and the beauty of life and the present moment and transition and difficult transitions. But there was a lot of darkness, hopefully with a hopeful edge to it, because I am a hopeful writer. I am an optimist after all."

"It was completely unconscious, but I was paying homage to songs from the 1970s that had an influence on me. 'Everybody Hurts' was 'Love Hurts' as performed by Nazareth. 'Drive' was 'Rock On' as performed and written by David Essex. 'The Sidewinder Sleeps Tonight' was clearly 'The Lion Sleeps Tonight' — we have to give them credit for part of that I think. But David Essex's 'Rock On,' Elton John's 'Bennie And The Jets' were two songs that just blasted right into the core of my being as a 13- and 14-year old I think, and presented to me this kind of set up for what Patti Smith, CBGB's, Television — the punk rock scene in New York in 1974 and '75 would offer me. It was an entry into a universe that accepted me for who I was. I was already at that point where I realized that I was very different from all the kids around me and not just because of my sexuality but... I was not eccentric, I never like that word. But I was different. I was just different. My father was different. My father was a very funny man and a very odd man, and I got it. So I was realizing this difference. And I think 'Rock On' by David Essex and 'Bennie And The Jets' by Elton John kind of provided me with with this kind of key to a door that would open and never shut again."

Mike Mills on writing the music that became "Night Swimming"

"I've been thinking about this for days now, knowing we were going to talk about this, and I, for the life of me, I cannot remember which piano I wrote 'Night Swimming' on. It could have been my home in Athens and it could have been done during the Out Of Time sessions, but I just remember that I was playing it somewhere and [Michael Stipe] heard it. And it was just like [the song] 'Me And Honey.' [Michael] heard it and said, 'Keep playing that.' And I said, 'Well it just goes around and around,' and [he] said, 'That's fine, just go round and round, keep playing it. And we liked it and it just gave [Michael] a place to start from and then [he] came in with this incredible set of melody and lyrics ... I added the intro and the re-intros and it was done."

"I just couldn't write it. I thought the song was complete. I didn't hear a voice on it. I didn't think it needed it. And the band would never listen to me. And I was like, 'It's done, it's done you don't need me, just put it on there like that.' And they were like, 'No no no, you've got to do something, you've got to do something on every part.' And I was like, 'I don't want to.' Well, they gave me a week I think, and I just remember putting on my Walkman and walking around the block in Seattle and just walking around downtown Seattle. And Nirvana had written all these songs, Kurt [Cobain] had written all these songs with the word 'yeah' in them. And I wanted to write a song with more 'yeahs.' And so I did. I wrote it. I counted them, and we had a good laugh about it afterwards. It turned out it was a quite beautiful song. Andy Kaufman, somehow, became my Every Man. He became my Hero With A Thousand Faces. And these kind of larger-than-life questions. Literally larger-than-life questions about existence and about what happens after we're gone, and did the man really walk on the moon?"

"It's hard to listen to demos for me. It's like being flayed alive. I mean it's really process, it's something that I always... you know, I'm a very private person. And so the thing that made that a great song isn't necessarily something that I think should be public. But I know that there are people that really love listening to that stuff, and it's fascinating to see people struggle and make wrong moves and then stumble upon something right. And then take that and turn it into ['Man On The Moon'], what became one of my favorite songs of our entire life of my life, really. Forget that I had anything to do with making it or singing it."

"The number of times that people have said, 'You saved my life,' or 'the song was there at a time when I really needed it, thank you' ... That's bigger and better than anything anyone could say to me, [that] something that we did had a positive impact on their life in a moment of great need, or a moment when they needed something like that and it was there. So that makes me really happy. There's so many of these songs that either are very overtly or kind of quietly speaking to the island of broken toys. It's the people that are, for whatever reason, outsiders –- people that feel like they don't fit in, in one way or another, those songs are there for them. Those are my people. You know, the songs are for us."