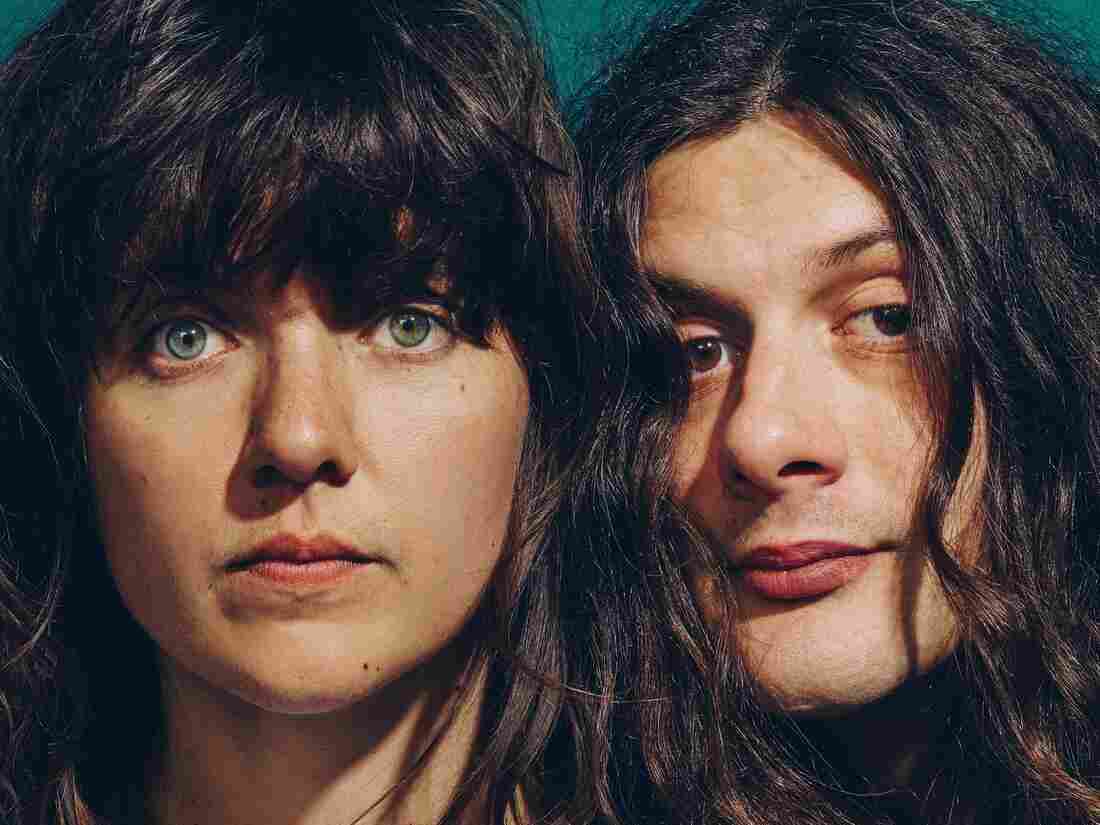 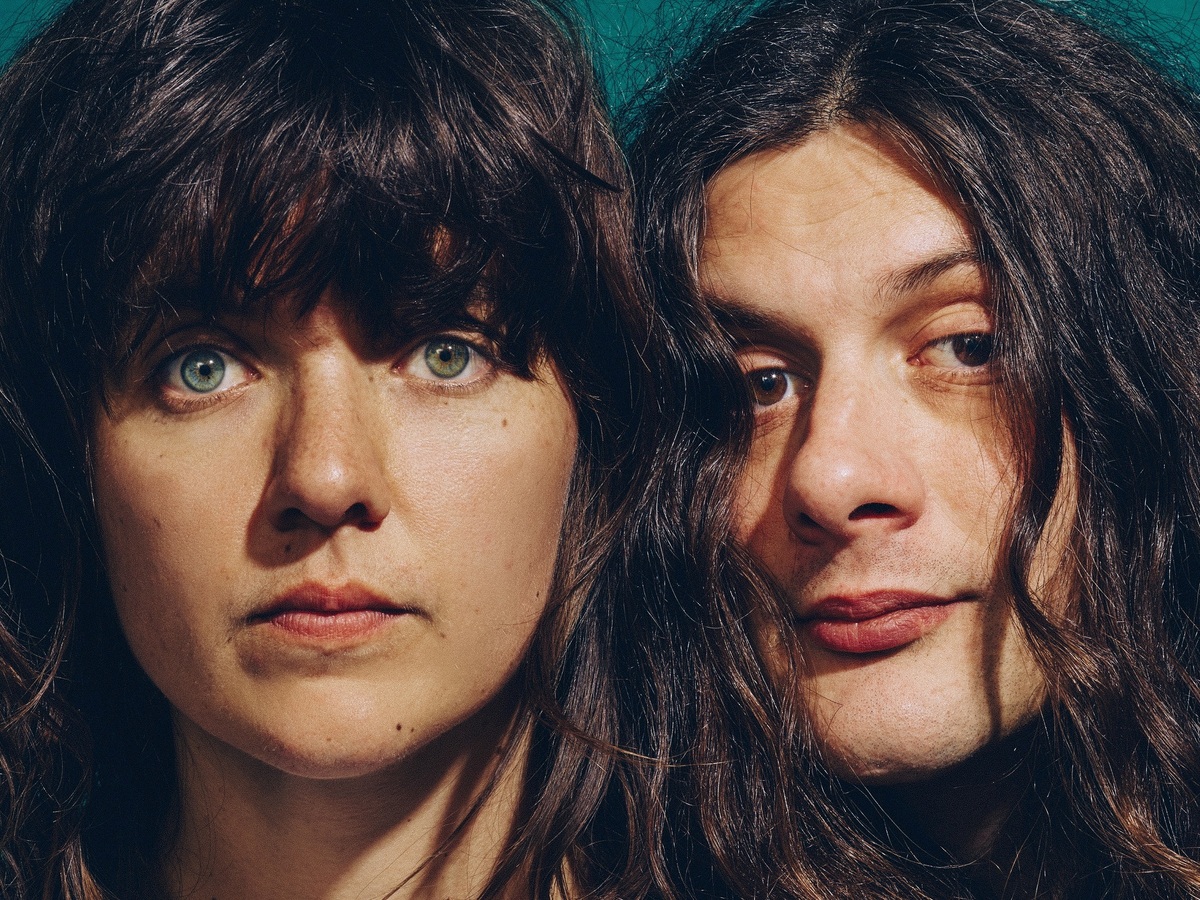 Danny Cohen/Courtesy of the artist

By now you may have heard of the intercontinental, surprise collaboration between Courtney Barnett and Kurt Vile, for an album called Lotta Sea Lice. The two singers have been mutual admirers for a while and kept bumping into one another at various festivals. Their guitar-based rock songs are laced with a shared sense of humor, and that was part of what got them creating music together.

On this edition of All Songs Considered, Kurt and Courtney join me in our Washington D.C. studios. They'd just finished performing a Tiny Desk Concert and sat down to talk about some of the music they love by other artists.

In the conversation, you can hear their mutual love for singers with guitars and a knack for writing songs that touch the heart, including songs by The Sadies, John Prine, Gillian Welch, Tom Petty and Elliott Smith.

Songs Featured In The Episode 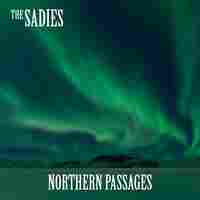 "[The Sadies] should be way more popular. People like Neil Young love them, they've backed up Neko Case, but that's all small potatoes because the actual band themselves are great players. It's two brothers, Dallas and Travis Good. I opened for them and they were like, 'Who is this guy?'. I got in their van and was shy, and they were pretty psychedelic themselves." — Kurt Vile

"I remember when we were in the studio you had those lyrics floating around!" —Courtney Barnett

"Yeah, 'my left hand's got a permanent air guitar tic, but don't confuse it with a crutch because I like it a lot.'" — Kurt Vile

"We nearly added it as an additional lyric to 'Over Everything' but it didn't fit." —Courtney Barnett

"So I gave it to my brothers, The Sadies!" — Kurt Vile 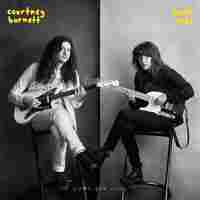 "I wrote the chords when I was fourteen, maybe fifteen." — Kurt Vile 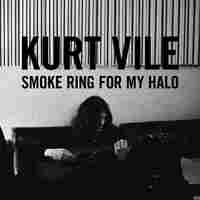 "When I bought Smoke Ring For My Halo, I would lay on my bed and listen to this song. I was sad at the time, and it made sense to me." — Courtney Barnett 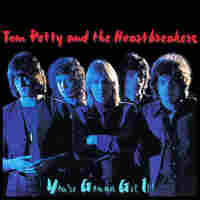 Tom Petty and the Heartbreakers

"From AKA Music in Philly, which is now defunct, I found this ten-dollar Tom Petty cassette box set. I would play it in my van, and this song just came up out of nowhere. It's like an extracurricular, heart-tugging deep cut." — Kurt Vile 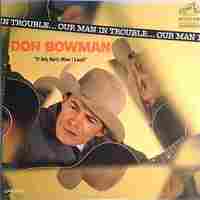 "What's that song you kept playing where he plays the guitar solo and it's really out of tune?" — Courtney Barnett

"Don Bowman, 'Chit Akins, Make Me a Star.' It's so random. I think he hooked Waylon Jennings up with a record deal. That's how I know him, through this Waylon Jennings autobiography." — Kurt Vile 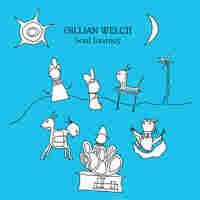 "We're both a little bit off, I think, so singing together is a bit harder than usual...I just love harmonizing. Once I learned how it worked." — Courtney Barnett

"It's the ultimate drug, if you do it right." — Kurt Vile 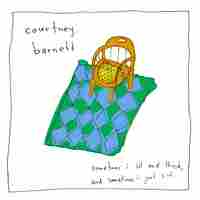 "When I was making the album, Dan Luscombe, who plays guitar on it, he was like, 'I think it's pronounced percolator.' So I had to change it... I had this song written a long time before the album." — Courtney Barnett 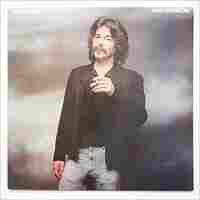 "It's a world I don't know, but I'm getting deep into it." — Courtney Barnett 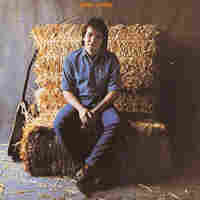 "I love discovering music through people you're close to. You get to hear it in a different way." — Courtney Barnett

"John Prine in particular... just the chord changes combined with the words. He definitely can make you cry a little bit. Just a little bit." — Kurt Vile 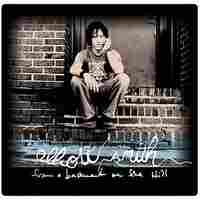 "I discovered this whole new world when I moved to Melbourne and started hanging out with different people and musicians, and started playing in bands. For some reason I have no idea when I first started listening to Elliott Smith, but the fragility in his voice is so beautiful and heartbreaking at the same time." — Courtney Barnett 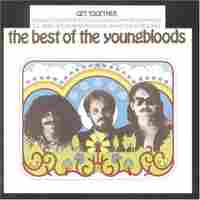 "We don't actually have music in Australia." — Courtney Barnett