Accessibility links
What Makes A Great Album Last? : All Songs Considered Do your top ten lists stand the test of time? Hosts Bob Boilen and Robin Hilton are joined by NPR Music's Marissa Lorusso and Stephen Thompson to talk about why some records age better than others. 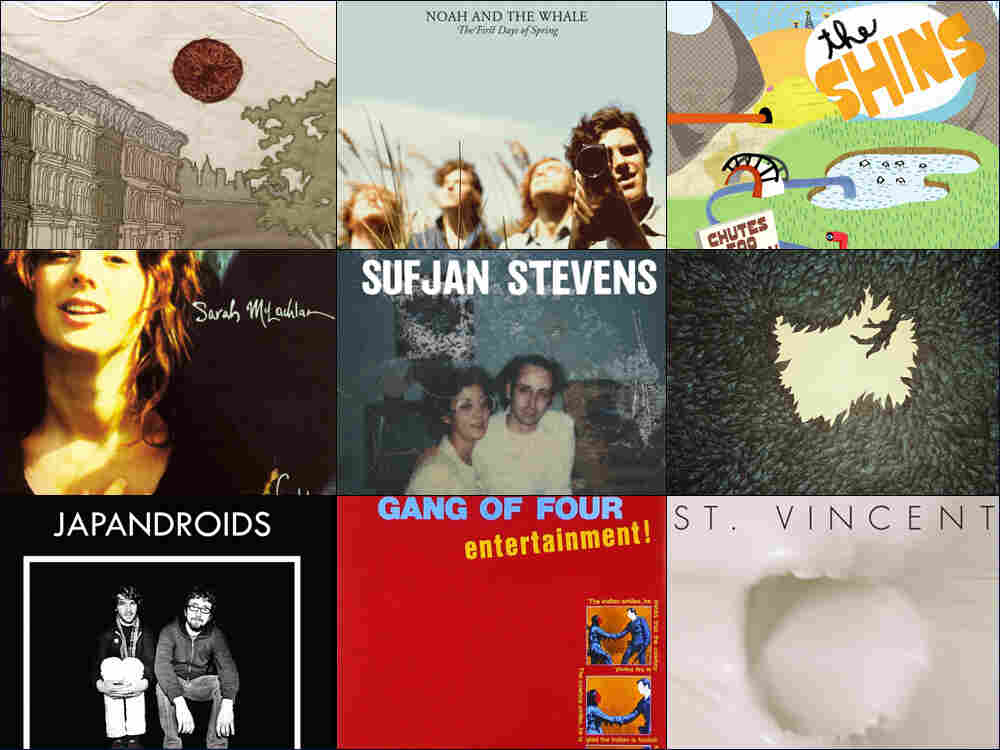 The season of list-making, specifically (for us) lists about the year's best music, is rapidly descending. But before the craziness begins over who had the best album or song in 2017, we thought we'd look back at some of our previous top-ten lists to see if they even hold up. As you can imagine, some albums we once thought were great have since lost their luster, while others haven't aged a day.

This got us wondering: Why? And what, exactly, makes a great album last? When an album doesn't stand the test of time does it mean we missed something the first time we heard it, years earlier? Or could it only exist in a specific time and place?

On this edition of the program, we're joined by NPR Music's Stephen Thompson and Marissa Lorusso to look back at some of the albums we've loved over the decades, to relive what was great about them... and to wince at the ones that haven't held up as well.