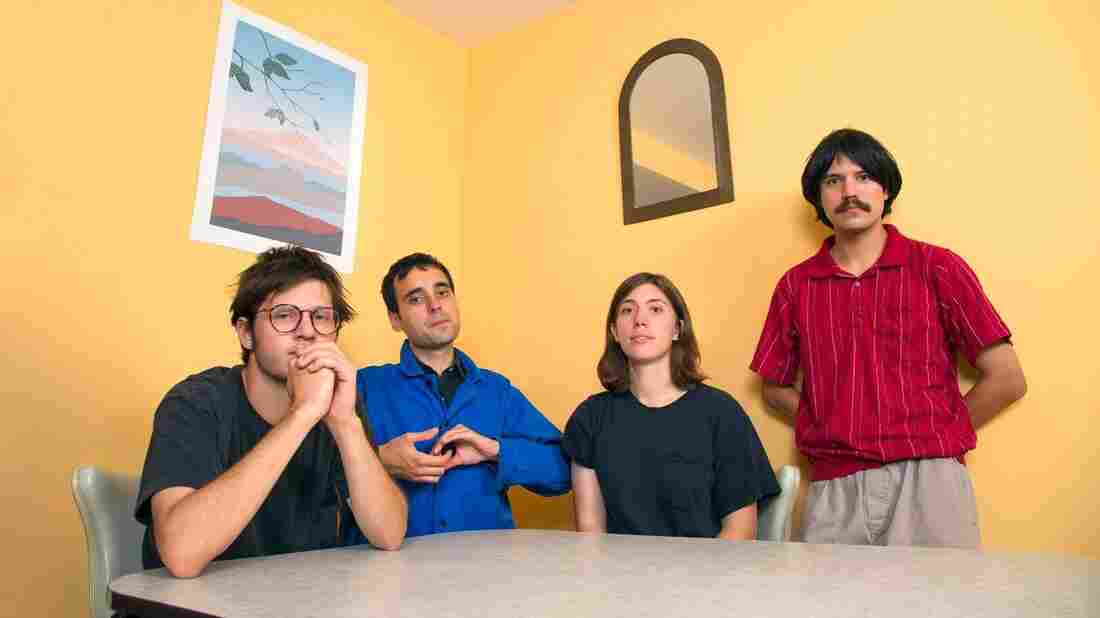 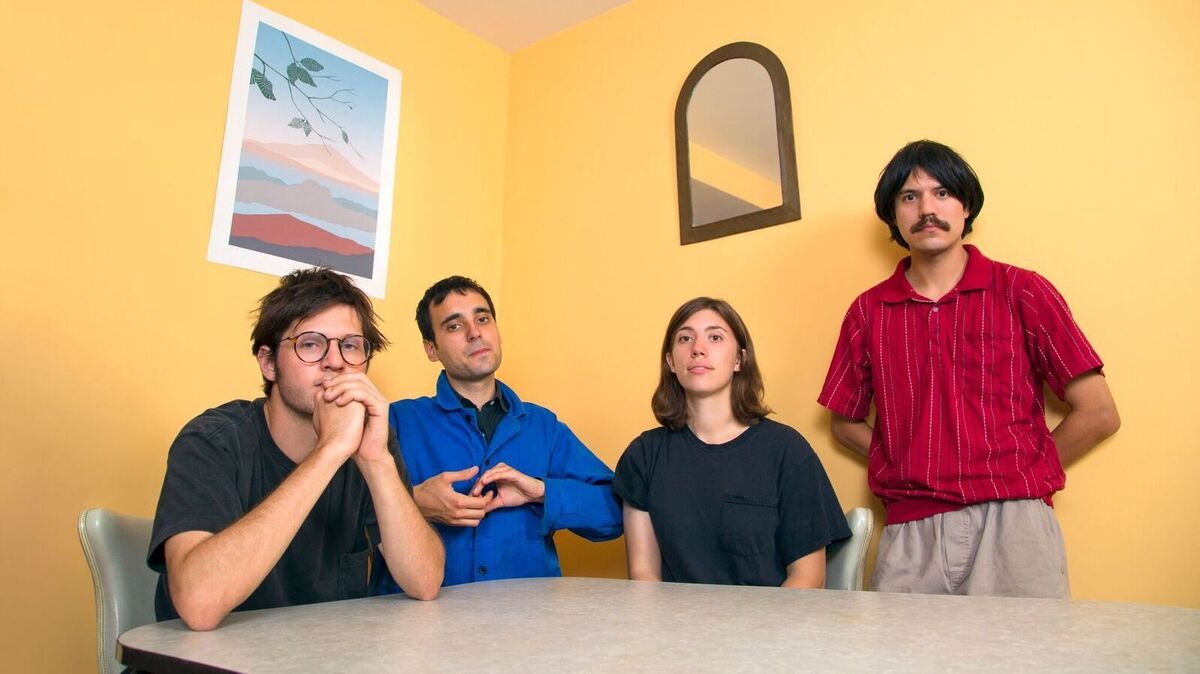 Dylan Pearce/Courtesy of the artist

The Philly art-rock band Palm seems to delight in being collaboratively weird. Bandmates Kasra Kurt and Eve Alpert bury their lyrics in singsong melodies and fractured, jittery guitar parts — both of which appear in constant, if antagonistic, communication with each other. The frenetic songs are made slightly more surefooted by bassist Gerasimos Livitanos and drummer Hugo Stanley, but the rhythm section's confrontational energy often undermines its own attempts at stability. Listening to the band often feels like watching a nail-biter of a championship game whose rules are known only by these four players; you're not quite sure what kind of resolution you're rooting for, but the process is mesmerizing.

Rock Island, Palm's forthcoming album, is jam-packed with the glitchy rhythms and iridescent guitars that have defined the band's off-kilter sound on previous releases like 2015's Trading Basics and 2017's Shadow Expert EP. "Dog Milk," the band's latest single, builds iteratively into a dense sprint. Stanley's twitchy drums underlie Livitanos' grounded bass line and Kurt and Alpert's dizzying melodies and clanging guitars. As the song eventually sputters and lurches under its own weight, its start-stop limp to the finish line still manages to be utterly triumphant.