Accessibility links
Our Favorite Dance And Electronic Albums Of 2017 : All Songs Considered In a year of where even the dance floor could feel at times fraught by the reality just outside it, the music that fuels it was more exploratory and incisive than ever.

Our Favorite Dance And Electronic Albums Of 2017

Our Favorite Dance And Electronic Albums Of 2017 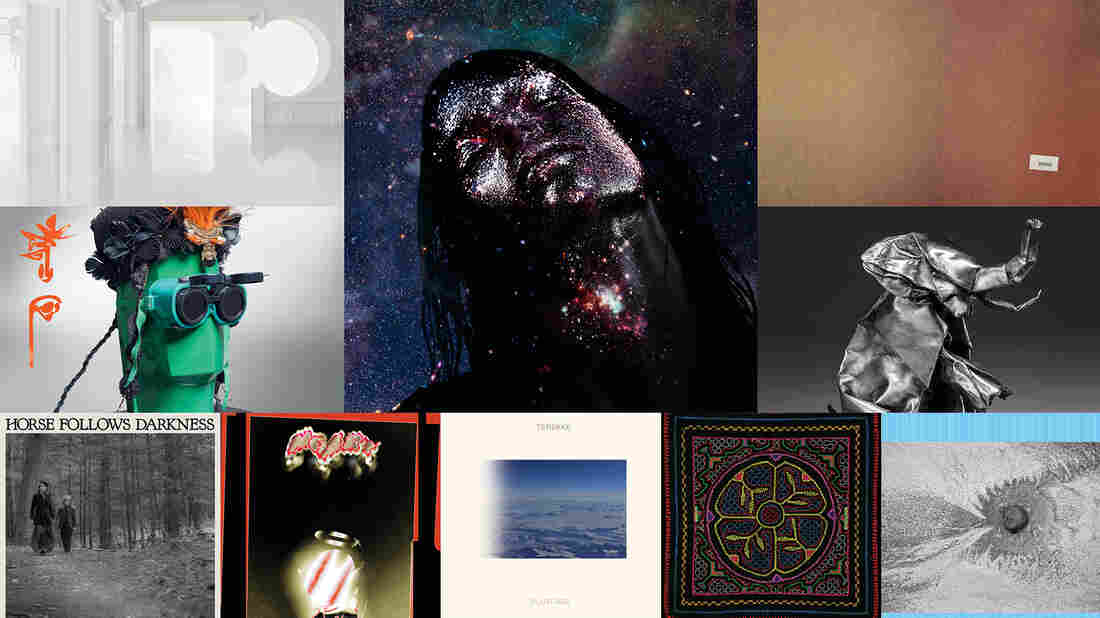 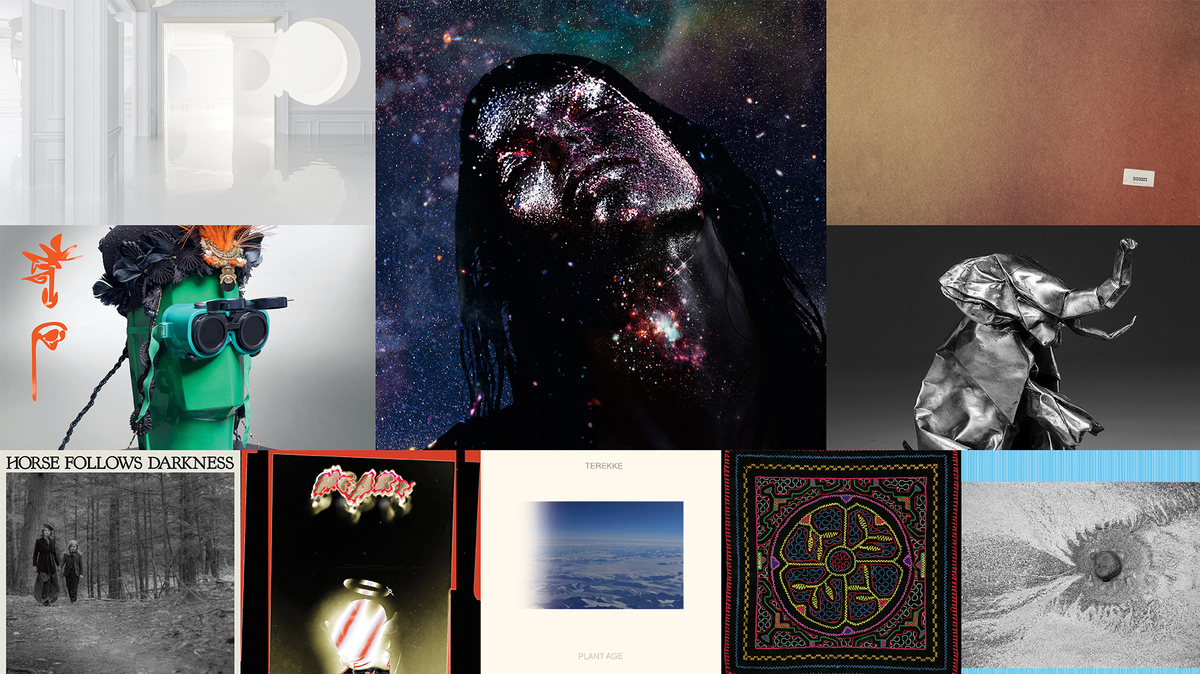 Regardless of how much we acknowledge that group-movement to a centralized rhythm is medicine for the soul, some emotional climates simply aren't conducive to reaching a singular moment of exultation and release on the dance floor. Across much of the world, 2017 sure as heck didn't feel like the right year for the ecstatic. So then, the question is: what to do? One answer arrived at in our listening was to get planning. It's a directive that took on numerous shapes — battening down the hatches or building alliances, jumping off artistic cliffs or simply re-appraising the state of one's own practice. And if there were organizing principals to the year's electronic and dance albums NPR Music is spotlighting, it was these.

Not to say that 2017 didn't have its share of joyful parties or tracks, but even those were laced with a streak of facing up or dancing down Babylon — of trying to right sonic, spiritual or social trespasses. The "scene's" ever-present sense of privilege aside, there is currently widespread recognition that this planet and this community — the one that dances, the one that creates machine music, and the overlap of the two — require tilling for the future. And if you looked closely, you could spot many people putting in that work.

House music continues to be locally remade in South Africa and Japan, strengthening its roots in Atlanta, and being perfected, pushed and prodded in Detroit. The decades-long, mutating conversation between technology and folk forms is taking place in and exported from communities of African cities previously untouched by Western hype (Kampala, Dar Es Salaam, Addis Ababa) and from epicenters of it (Lisbon, London, Chicago and D.C.). Post-techno artists continue their leaps into contemporary arts spaces by way of accepted and innovative forms, an increased attention to composition and by pushing forward. There were other fusionary wormholes to visit in 2017 as well — and almost to an example, each involved musicians whose communities have long been adept at making culture outside the dominant (read: white male) marketplace. For many, it was almost as though the grip of the breaking news timeline did not affect their creativity.

Yet the events affecting the world outside had no choice but to influence the atmosphere in which this work and play happens. It isn't simply the backlash to extremism and its regulatory and social attacks on dance and electronic music's core constituencies — immigrants, minorities and the LGBTQ community — that fueled the year's reflection.

The conversation around sexism and gender-rights in dance music kicked off before the current wave of #MeToo revolutions; and has produced an active-enough shift in creative female engagement — the rise of collectives such as Discwoman, the booking of series like Smart Bar's Daphne, the solidification of a women's electronic music canon through reissues, the increase of headlining women DJs commanding the decks — that it's progressively affecting what a good club night sounds and feels like. There's also a rising recognition of the expanding gentrification of dance music, of how a wave of pro-dancing initiatives in major cities (the establishment of nightlife czars, the repeal of New York's cabaret law) are saluted as economic, not cultural, victories; of how too many DJs and producers surf through foreign cultures pillaging samples without context; of the ways in which the Internet-based tools that enabled the growth of dance and electronic music are under attack from artificial market forces (not to mention the Internet itself).

These are the issues we've been thinking about when trying to dance and listen our way through the rubble of the past year, and in picking our favorite dance and electronic records of 2017 (presented, as always, in alphabetic order). And while Funkadelic's old adage of needing to free the ass before letting the mind get on with the required revolution is never far and needs to be heeded, we think that these releases achieved both, or, at the every least, sowed the seeds for music that will.

(You can find the rest of NPR Music's year-end coverage right here.) 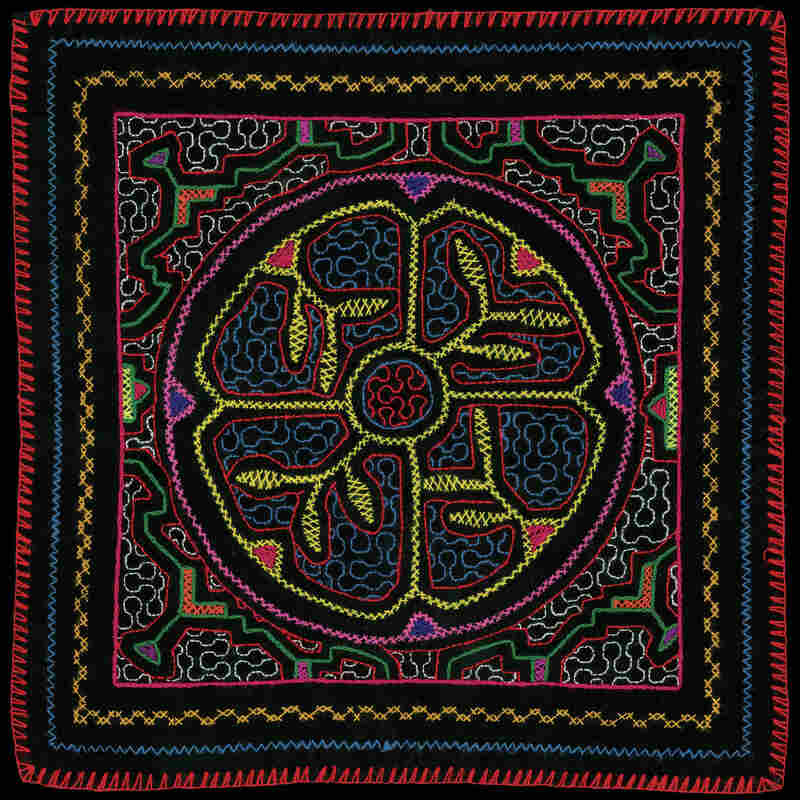 Among the secret weapons of Chicago's experimental music scene, the Bajas have made a decade's worth of fuss-free, organ- and synth-heavy jams indebted to Eno and Fripp, Terry Riley, and Krautrock's kosmiche wing. Bajas Fresh deepens the impact of their soft, arpeggiated drones and loops, while taking on the astral jazz predilections of Windy City traditions (and dance-floor climates), creating an incredible work of electronic psyche minimalism. 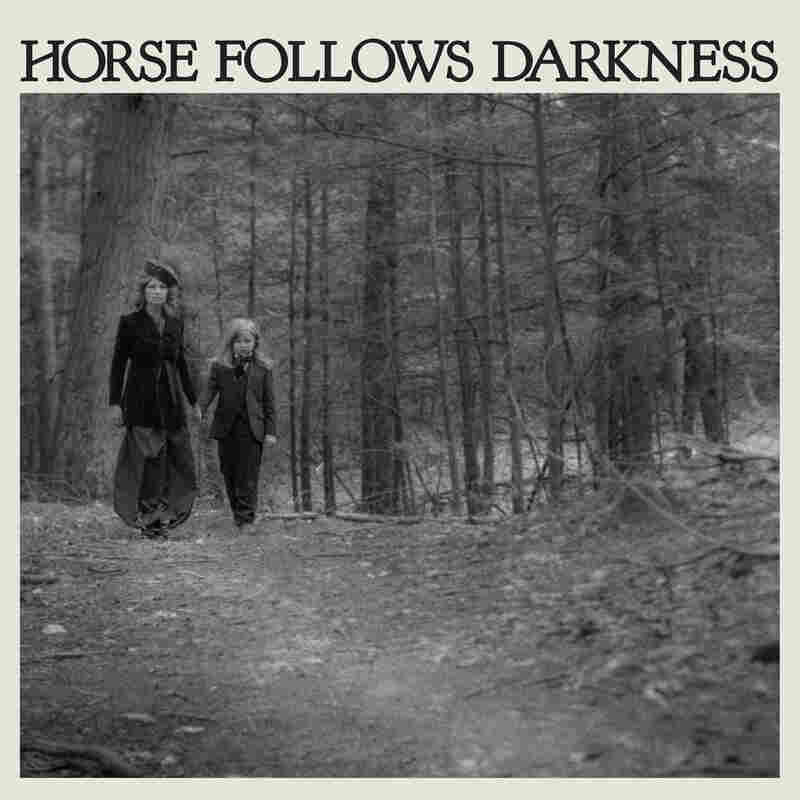 If DFA is forever damned to be associated with multiple eras of New York's disco-not-disco glories, the irrepressible Ms. Gonzalez has always been on-hand as a reminder that the electronic avant-garde is one of the glues that holds the dancing downtown together. Groovy, gothy and seemingly effortless, Horse Follows Darkness is a glorious romp, its circular piano runs, post-punk bass lines and layers of analog synths locking into a party vibe at once artful, composed and darkly defiant. 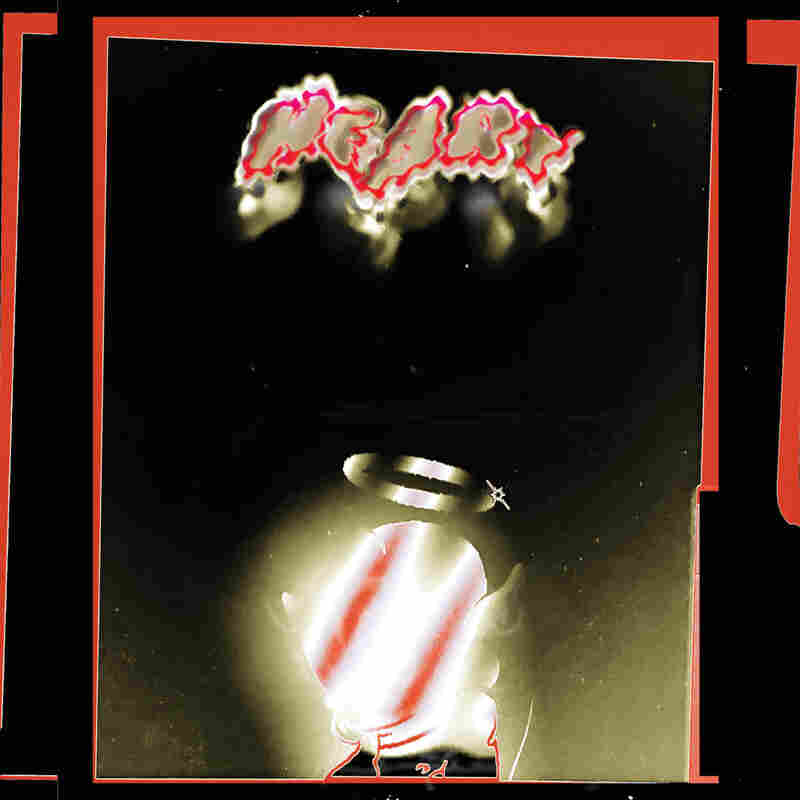 The fragile melodicism of the sophomore album from this North Carolina duo gently splits synths like atoms and destabilizes rhythms at almost every turn — just like it's title subject, when worn too loosely on a sleeve. Heart is not quite synth-pop or instrumental blue-eyed soul or choppy, experimental electronics, but pledges allegiance to all of these on behalf of some deeply rooted, extremely personal melancholy. These are gorgeous sketches of a knowingly no-future life. 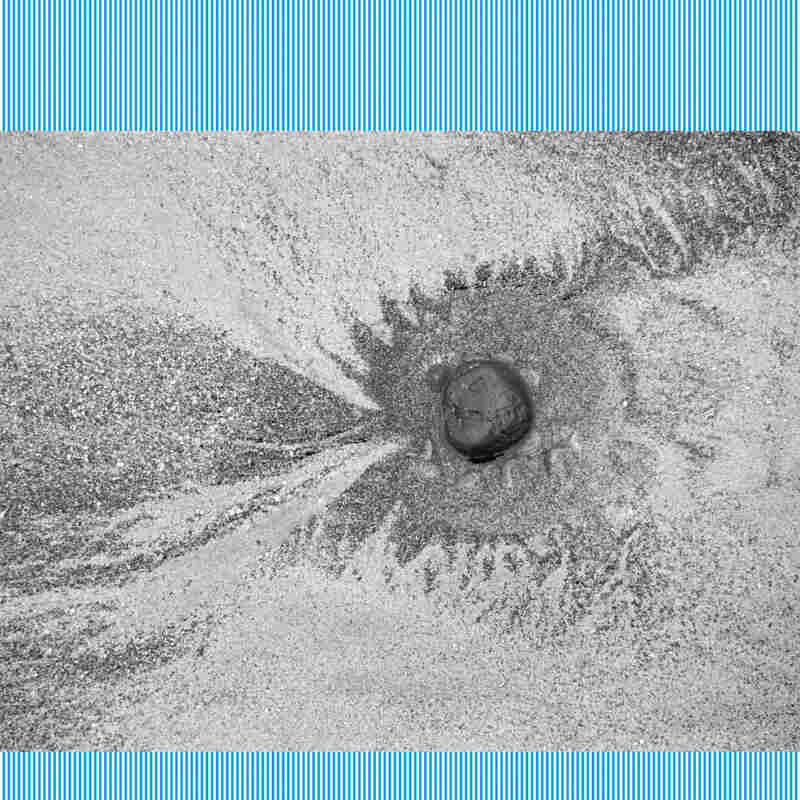 How to meaningfully tackle one's creative history without regressing or resorting to cheap nostalgia? Four Tet's latest album does it by harkening back to Kieran Hebden's more meditative, early-career moves, at times even employing his once-signature breaks-oriented drum programming, while remaining true to the melodicism and emotional curiosity that have always been his hallmarks. This New Energy bears the filter of experience that gives it the weight of both diary and op-ed. 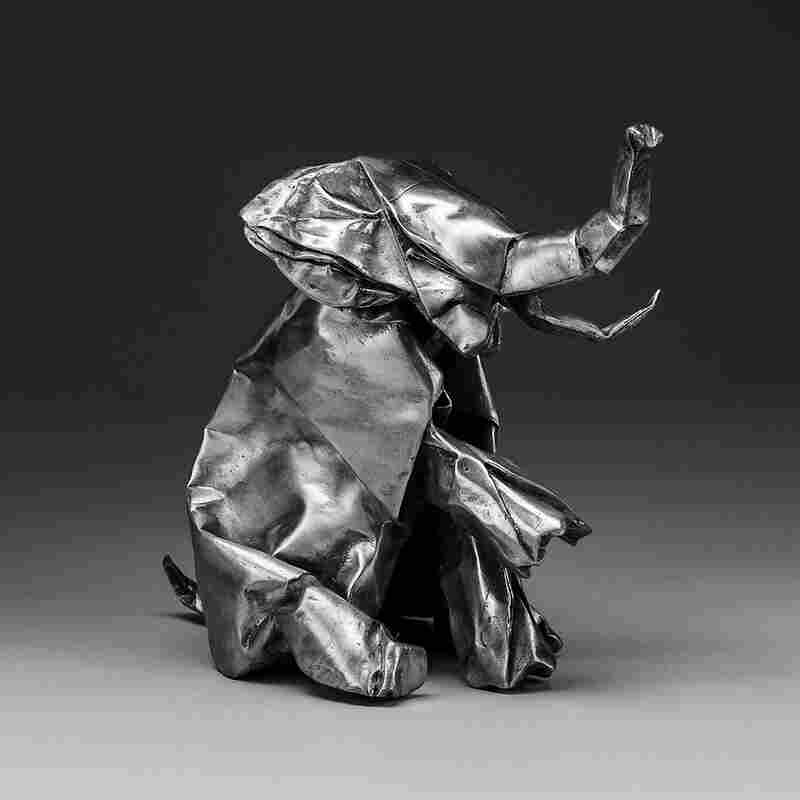 One of the year's most widely lauded electronic albums is a tense monument to rhythm, abstraction and bodily movement – beyond category in a genre space that likes to be defined by them. Producer Jerilynn Patton works in a sonically progressive beat-wise atmosphere that's part analog-era science fiction, part futurist computer composition, with fearlessness and a clear vision. A reminder that individual notions of creativity can be balms for a society that appears stuck. 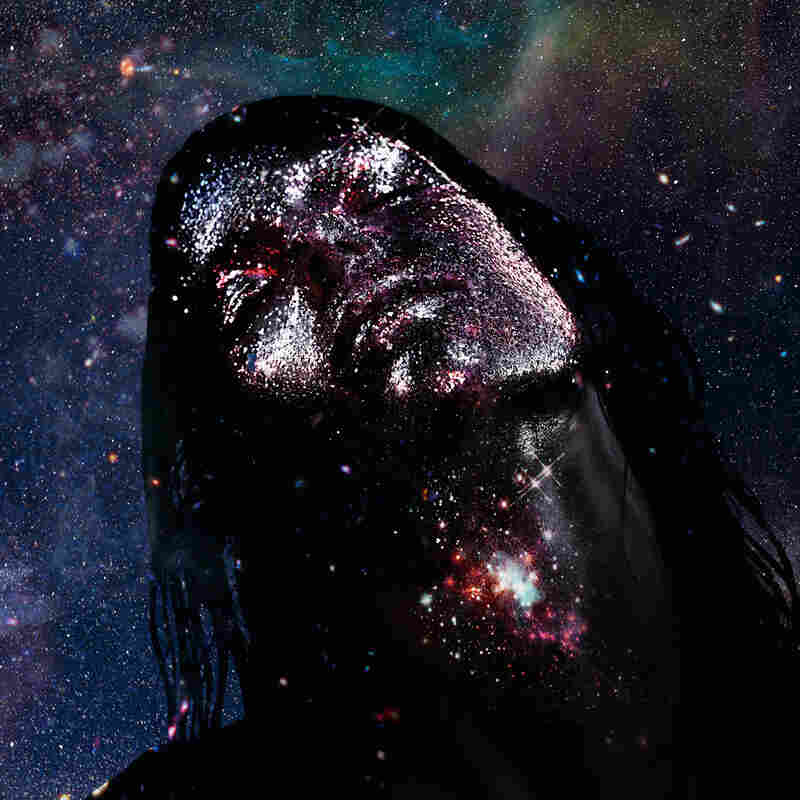 Though I keep describing this album of synth-first compositions and post-classical pop songs as a salve for our dark epoch, I've become self-conscious that subjectively attributing divine powers to it is critically unfair. The Kid contains no exact recipes for cultural evolution; yet Smith is clearly an artist comfortable juggling many unanswerable questions — musical, spiritual, technological, social — without falling to despair, making music that doesn't not believe in a utopian outcome. At the moment, that's crucial. 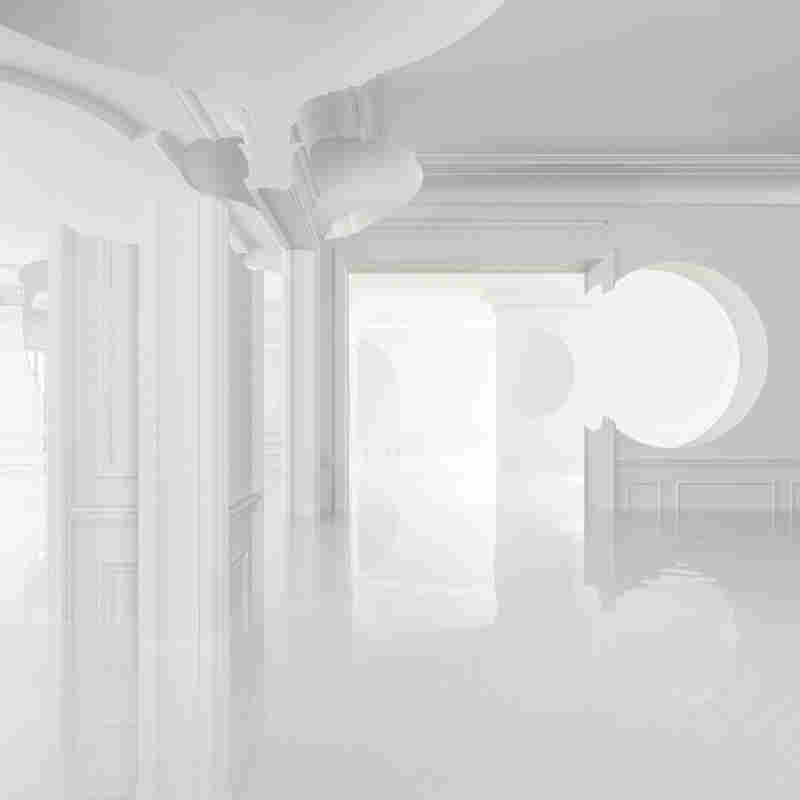 In a year when grime finally entered the musical mainstream — when even Ed Sheeran courted Skepta and Stormzy — Miles Mitchell released an album that continued expanding the music's language in a timely, fulfilling direction. Devout is not the South London producer's first move in softening grime's hard edges; but now with a narrative in which self-fragility and openness are assets, not disses. Dig, if you will: masculinity not as a toxic reservoir, but part of a complex life.

Shinichi Atobe, From the Heart, It's a Start, A Work of Art (DDS) 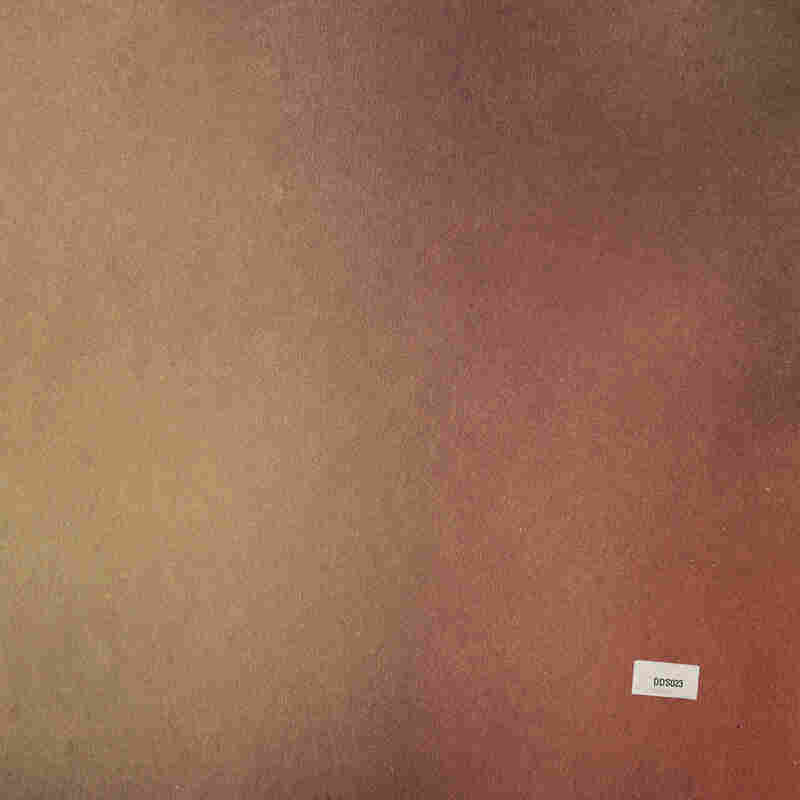 A Japanese producer whose 2001 EP for Berlin's fabled Chain Reaction became an ambient techno classic before he retreated from sight, Atobe and his unreleased archives have been subject to a masterful musical excavation since 2014. Like its prior companions, which also featured old and recent work, From the Start feels outside of time: It's music with comparatively ancient and worldwide DNA, whose melodic textures and approach to techno and house are distinctive qualities, never more en vogue, or rarer, than now. 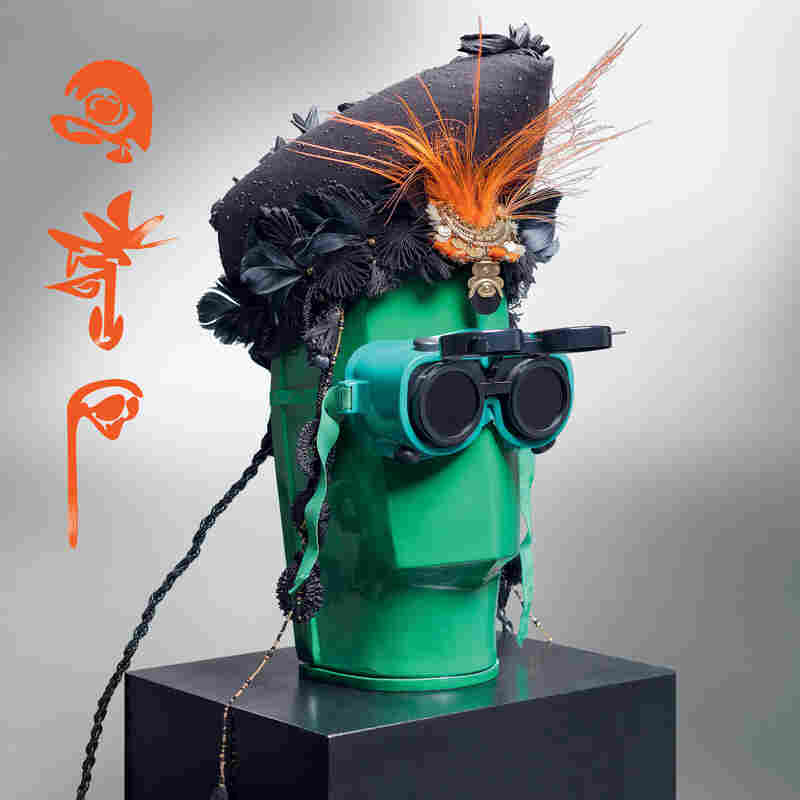 At its core, the Milan-based producer/multimedia artist Simone Trabucchi's debut as Still is an experimental dancehall record about how personal history intersects with global migration patterns — human, technological, rhythmic — to form one's framework. (As in, the "I.") It's an oft-boiling pot that spills over with ideas, banging as hard as it theorizes, a panoply of riddims, electronic effects and multilingual vocals that pushes at the edges of a virtual pan-globalism, while charting a map for quests, escapes and releases. 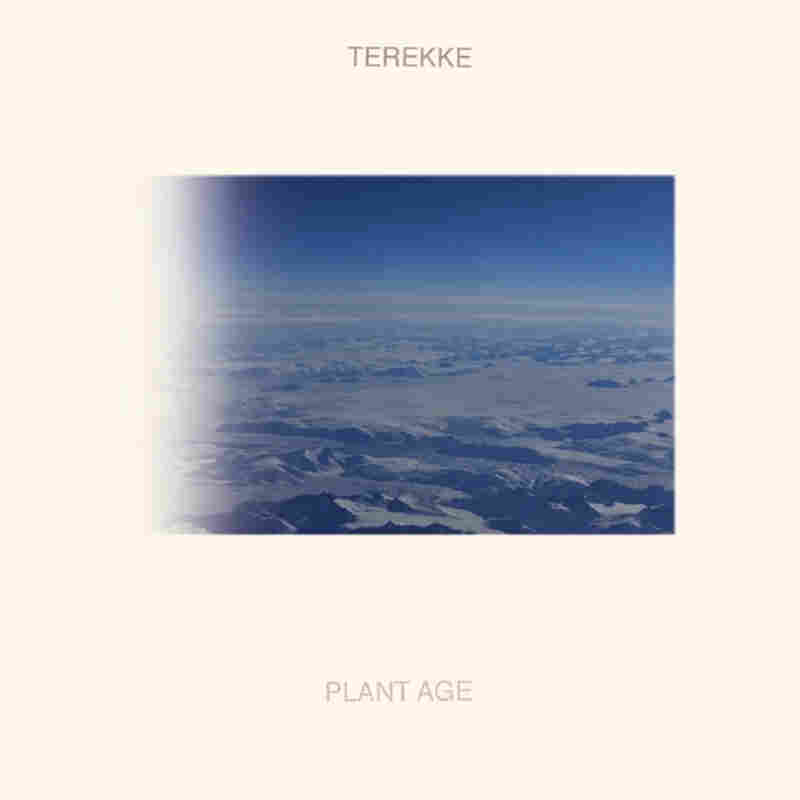 Dub is a wonderful, malleable form, forever associated with Jamaica, but over the past 40 years, also an energizing tactic for anyone seeking an oblique strategy for artistic progress. As Terekke, Matt Gardner has helped define the analog hardware textures of Ron Morelli's influential techno/house label, L.I.E.S., textures of which echo and dub are natural ingredients. Nevertheless, the comforting degree to which he gives himself over to dub on his smoky debut album is a wonder, harkening back to when Vladislav Delay birthed Luomo.

And 10 more notable records from the year (also in alphabetical order):