Accessibility links
Ice Music: Building Instruments Out Of Water : All Songs Considered In the Eastern U.S., many are freezing this weekend and looking for warmth. Halfway around the world, Terje Isungset has built a music career dependent on frigid weather. 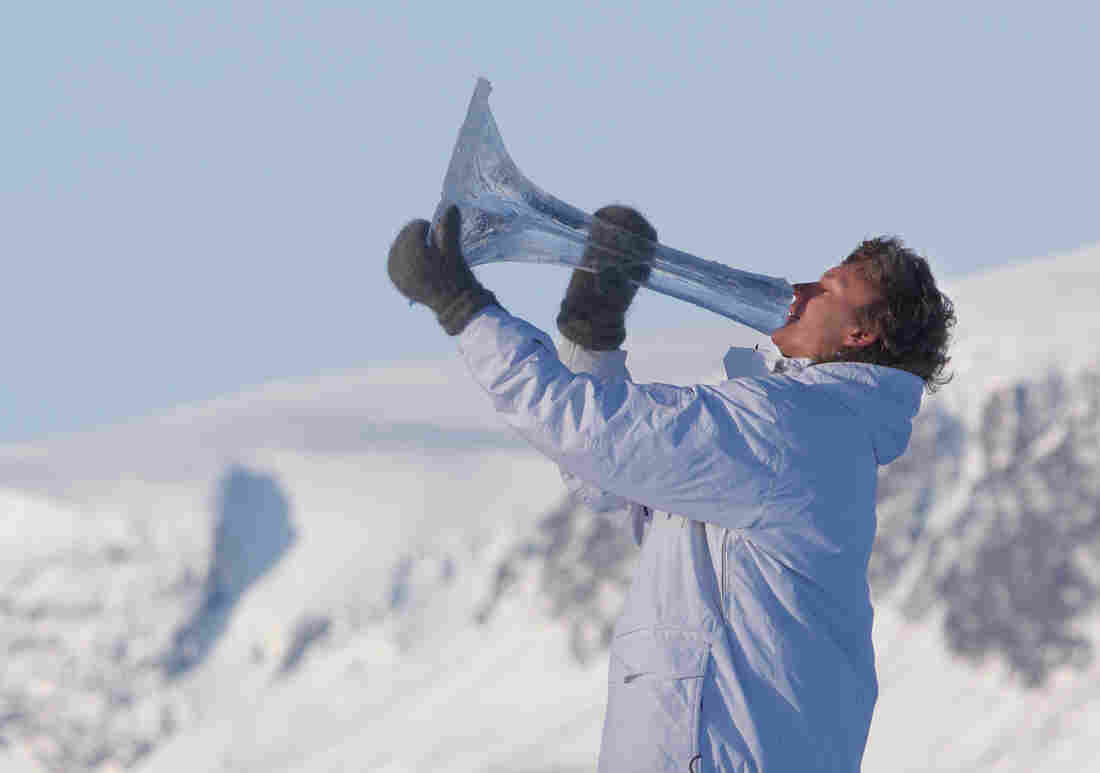 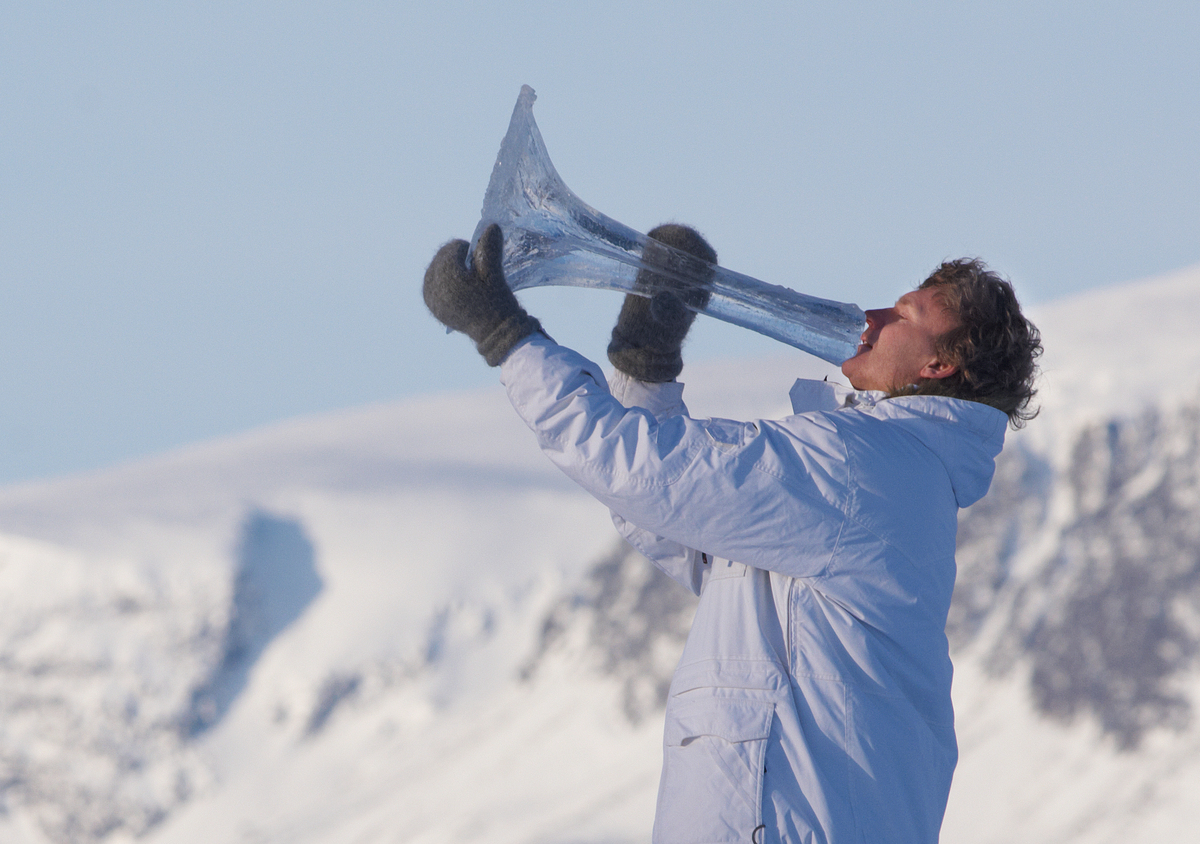 Terje Isungset playing a horn made of ice

Many of us in the U.S. are freezing this weekend and looking for warmth, but halfway around the world is an artist whose career in music is dependent on frigid weather.

Terje Isungset is a Norwegian musician who makes his own instruments — out of ice. Among his creations are "icehorns," a xylophone-shaped instrument called an "iceofon," guitars, harps and even even saxophones sculpted from huge chunks of ice using chainsaws. He is also one of the minds behind Ice Music Festival, where entire venues are created out of ice and and performers play instruments specially constructed for the event. This year's festival will take place in Finse, Norway in February.

Terje has been working with ice for nearly 20 years, but as he told me, he doesn't always have control over how his creations turn out. I reached Isungset in Russia, where he's currently traveling and playing ice music, building his instruments on the same day he performs with them.

You can find Terje Isungset's music at what he calls "the only record company in the world building new recording studios for every recording:" All Ice Records.