Accessibility links
MILCK: 'Women Are Viral' : All Songs Considered The singer talks about her new EP, her history making moment at the 2017 Women's March in Washington, D.C., and how courage and truth can lead to widespread healing.

The singer behind 'Quiet' reflects on making history at the 2017 Women's March.

A Conversation With MILCK: 'Women Are Viral' 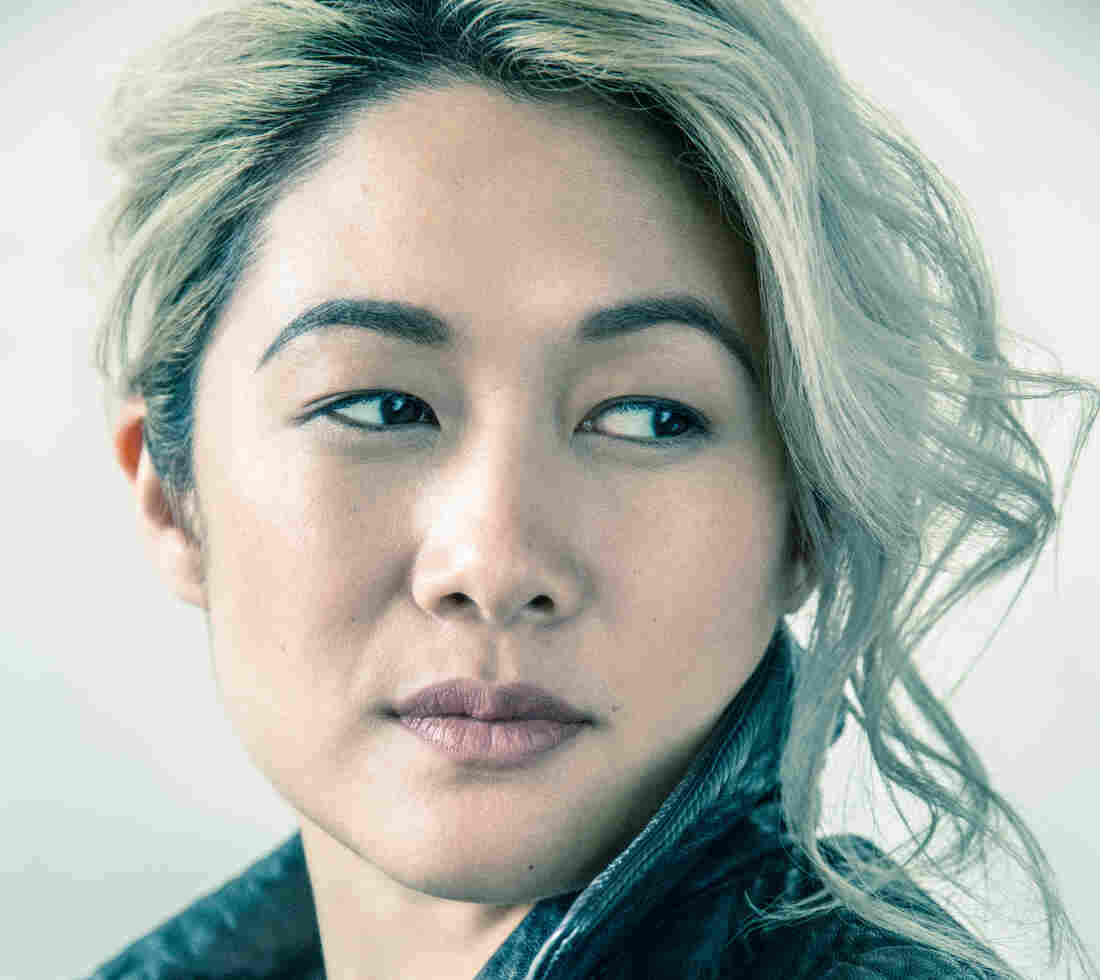 Connie Lim writes and records as MILCK, a combination of her last name backwards and her first two initials. Jen Rosenstein/Courtesy of the artist hide caption

Connie Lim, who writes and records as MILCK, makes music for anyone who feels out of place in the world. Hers are songs of empowerment and cathartic healing for the displaced and brokenhearted. It's a kind of thesis or mission statement MILCK first declared on her anthemic hit, "Quiet," the song that blew up after she performed it with a group of a cappella singers at last year's Women's March in Washington, D.C. "It's about helping people who have felt silenced reclaim their power," she says.

In the year since releasing "Quiet," MILCK has signed with Atlantic Records and just released her debut EP, This Is Not The End. On this edition of All Songs Considered she talks about the new music, her struggle to make it as a musician while preserving her Chinese American identity, how courage and truth can lead to widespread healing and much more.

You can hear the full interview with the listen link at the top of the page and read edited highlights below.

"It was just an inundation of calls and e-mails [after the Women's March] and [the media] wanted to know the background of this song. At that time, everyone wanted to see if this was an anti-Trump song, like why did I write this as an anti-Trump song? And I was faced with my first fork in the road because this had never happened to me, this type of attention. I know that what's juicy and what people wanted is to talk about that anti-Trump factor, but that's not where the song came from. This is about something, in my perspective, a little bigger. It's about reclaiming my power and helping people who have felt silenced reclaim their power regardless of party lines. I wrote [it] from a place of not feeling safe in my home. I think what's interesting is that when the song went viral a lot of us, as Americans, didn't feel safe in our own country, in our own home. I think that was part of the reason why this song connected with people."

"I've been an independent artist for eight years. And I remember around year five or six, there was a person interested in managing me and he was kind of scratching his head. He's like, 'Well I don't know how to break a Chinese American artist here. Maybe you should go back to China.' And I kind of panicked because I don't view China as my home. I view America as my home. I've been presented that strategy many times, especially when I was first coming up. But I've just been really stubborn about wanting to do my art here. And so, I've just been following my instincts and trying to stay as grounded as possible."

"I remember walking into a writing session shortly after 'Quiet' went viral and it was like, 'let's write some movement songs!' And I froze up. I immediately felt really uncomfortable. I was like, I don't think I can do that. I think I just need to continue writing really honest songs. So, the thing that I started writing about a lot actually was my family and my dad and my mom and my sister and these people who have had these really important roles in my life. I started really reflecting on them in a different way because I finally felt like maybe I can do this, truly do this as a living and have a good life and have an audience to speak to. My dynamic with my father has changed so much. He really didn't want me to do music. He was very upset that I left UC Berkeley and decided to go off on this path. Growing up as an American kid with traditional Chinese parents there's so much unspoken tension. And I was the black sheep in the family [but now] I've actually found a home for myself. For so long I felt like I didn't know where my home was. And actually, there's a whole other family out there and it's a global family because when 'Quiet' went viral, I started getting a bunch of messages from men and women and they were calling me 'sister.' They're like, 'thank you, sister.' And I would reply, 'thank you, brother. Thank you, sister.' It was worldwide."

"It's unfortunate that I'm sure about this, but I'm sure a lot of people have felt this type of feeling of suffocation from being a survivor of abuse or oppression. This type of sexual assault and abuse is rampant. And I feel really, really grateful to be able to be alive at this time. I feel good about this movement because ever since I was 14 and experienced abuse, I carried it around and thought it was my fault [that] I was the slut and brought this on [me]. And I was ashamed of myself for years and I punished myself. Now we're saying this is not the case. This was actually not my fault. And once I was able to say it out loud, my healing process began. And the thing is, the more people heal, the more they will be able to heal others. I learned this at the U.N. Women Conference. I heard that women are viral. If we look at a circle of women and there's one woman who is well, she will naturally heal that circle of women she's with. And within that circle of women, there's going to be other social circles that bud off of each of the other individuals standing in that circle. And those women will start healing those circles and it just kind of spreads like this scientific marvel, like this budding of healing. So, I feel great because once we can heal from these basic carnal hurts, then we can take back our power on this physical level and we're going to have more confidence to take back power on other levels, like economic levels, political levels. This is just the beginning."