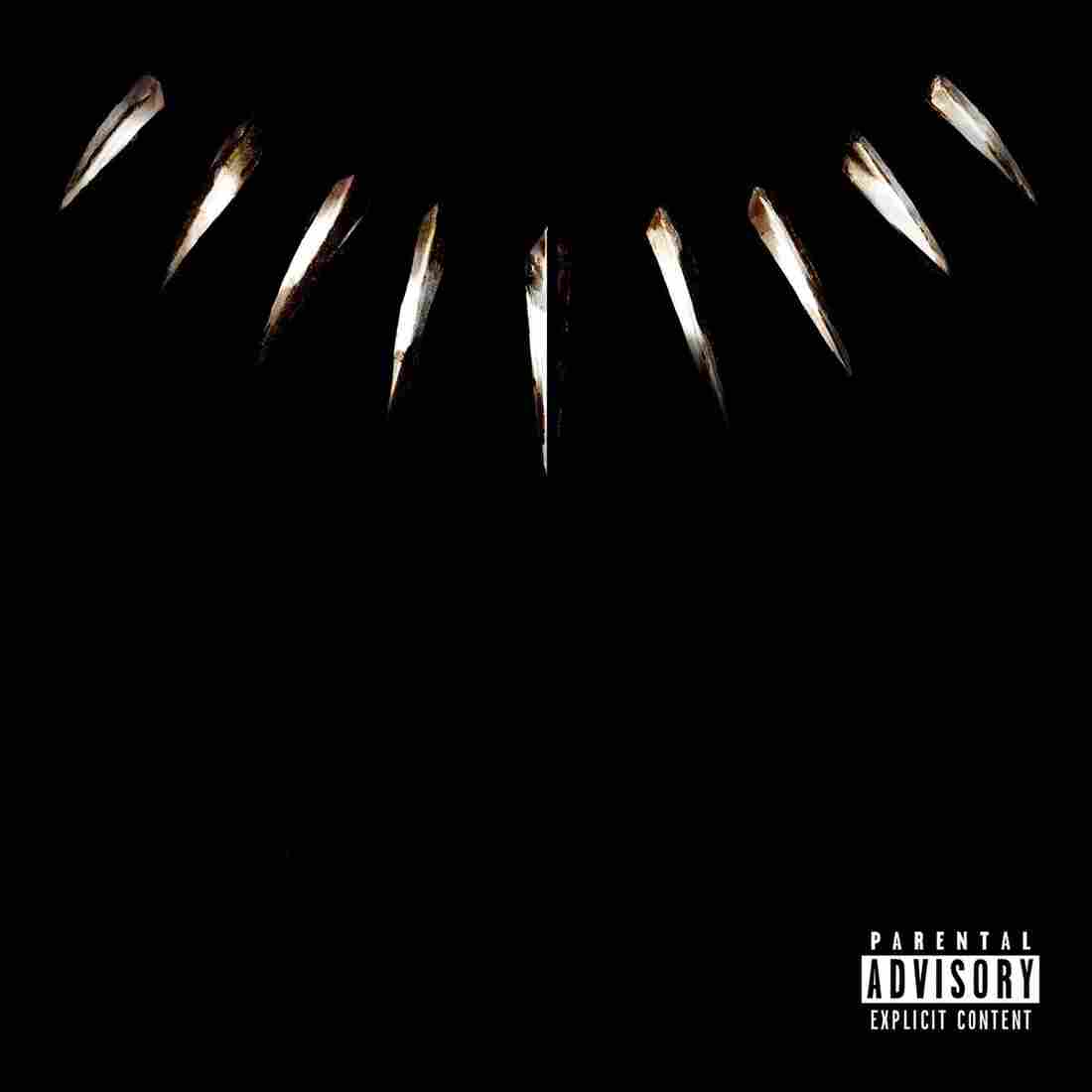 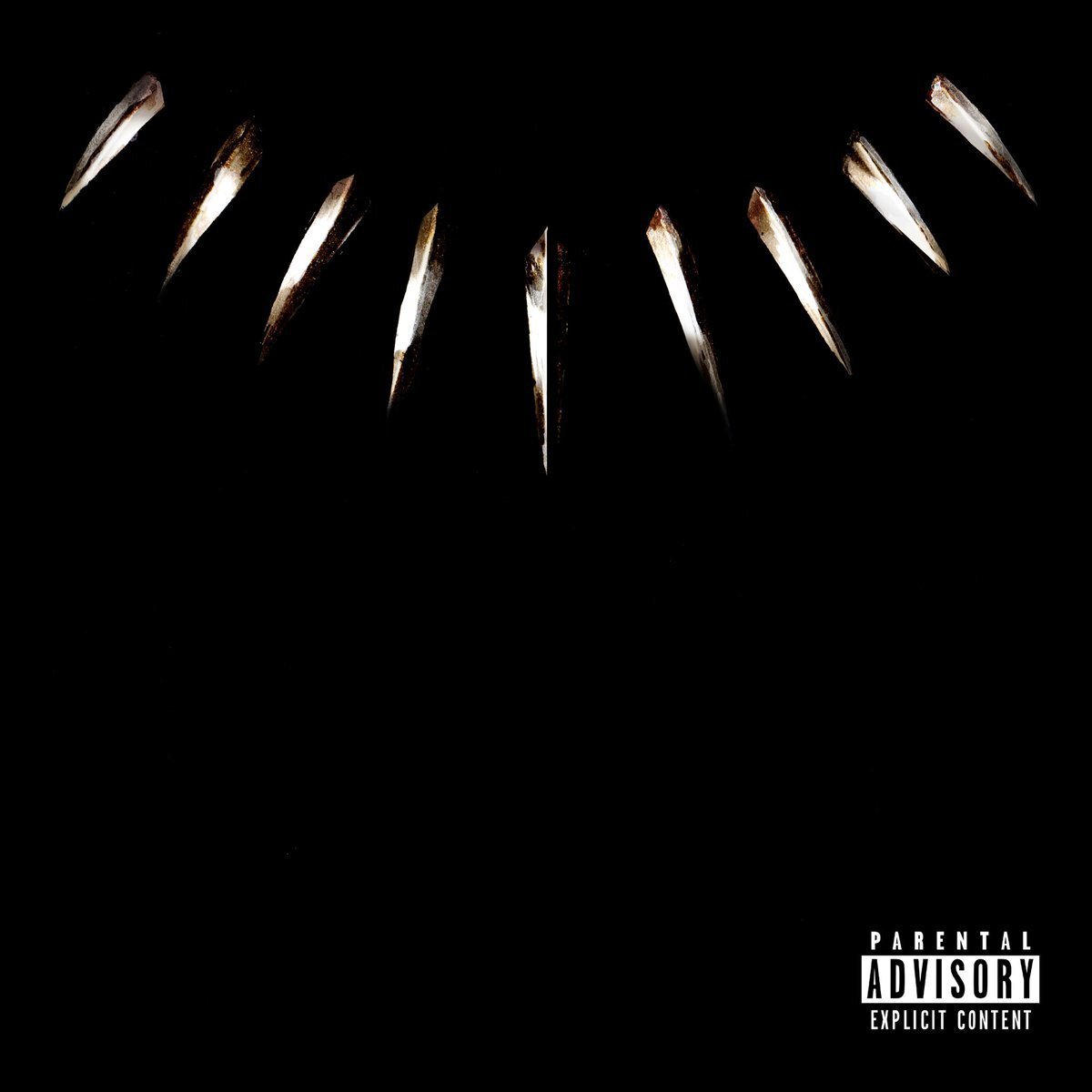 The soundtrack to the year's most anticipated Marvel movie is packed with hip-hop star power. Kendrick Lamar, who is co-producing the soundtrack to Black Panther in collaboration with Top Dawg Entertainment president Anthony "Top Dawg" Tiffith and director Ryan Coogler, has unveiled the official tracklist for the film on Twitter.

Fans already knew that the TDE camp would be involved in the soundtrack — the first two tracks of the album, "All The Stars" and "King's Dead," showcase the talents of label mates SZA and Jay Rock respectively. But now it's clear Top Dawg is pulling from all sides of the hip-hop world, as well as outside of it, to provide the sounds of Wakanda.

Along with big rap names like 2 Chainz, Future, Vince Staples and Anderson .Paak, Sacramento spitter Mozzy and Vallejo, Calif. crew SOB x RBE are in the mix, no doubt to provide a dose of West Side authenticity for the Compton rapper's peace of mind. K. Dot himself appears on five of the 14 tracks.

Outside of the rap space, TDE has recruited a few wild cards from other genres: rising R&B star Jorja Smith and teenage pop sensation Khalid all appear on the 14-track album. Notice that the song titled "Redemption Interlude" does not have artist credits next to it, implying that there is one more surprise to come. With both the film and the soundtrack being hailed as the "blackest" production ever conceived by Marvel, the last punch pulled has got to be a member of music royalty.

2. "All The Stars," Kendrick Lamar and SZA

14. "Pray For Me" The Weeknd and Kendrick Lamar 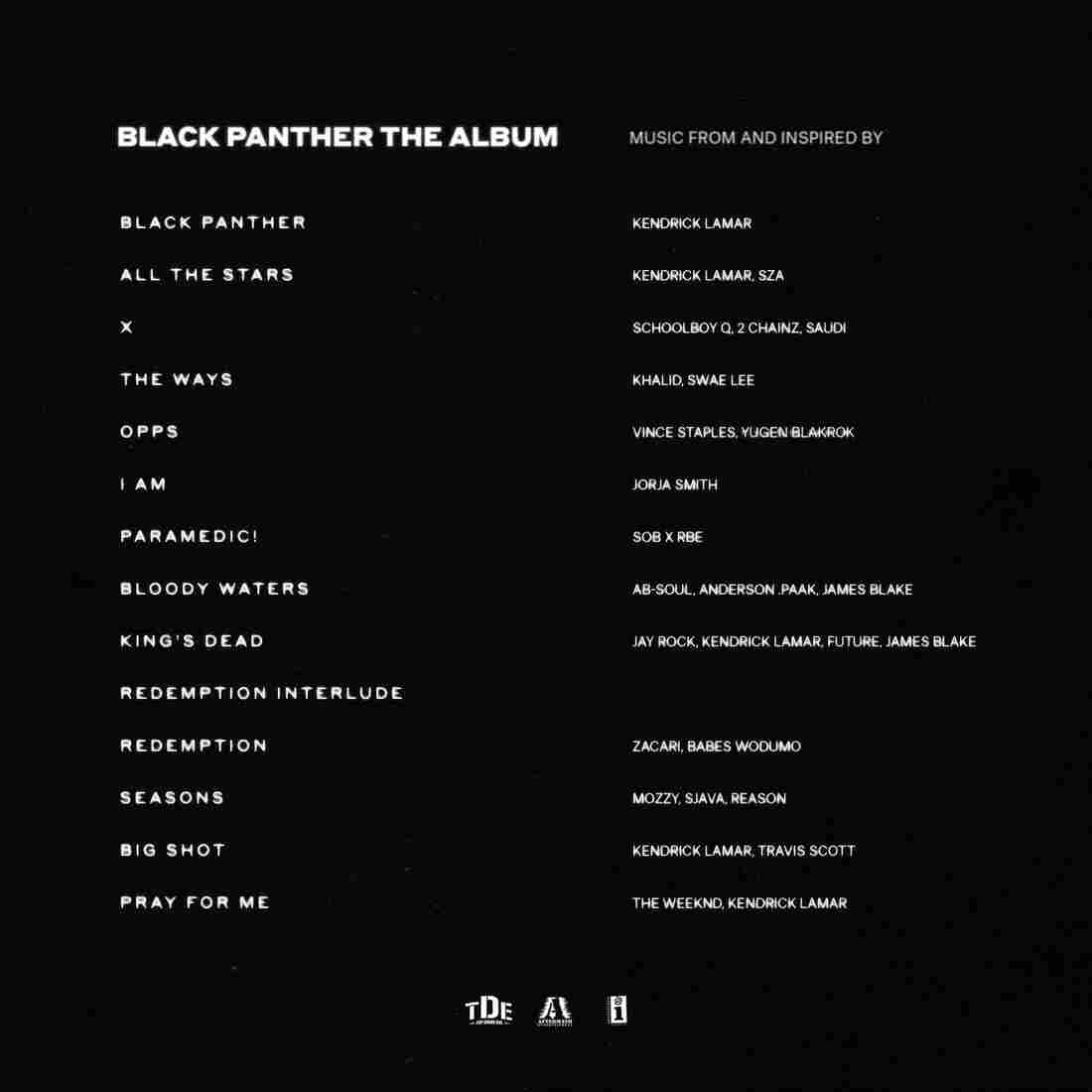 The tracklist to the soundtrack of Black Panther. Courtesy of the artist hide caption