Accessibility links
The Weeknd Gets Futuristic On 'Black Panther' Soundtrack With 'Pray For Me' : All Songs Considered The third official single from the Black Panther soundtrack finds the Compton rapper and Toronto crooner collaborating again.

Kendrick Lamar And The Weeknd Team Up For 'Pray For Me'

Kendrick Lamar And The Weeknd Team Up For 'Pray For Me' 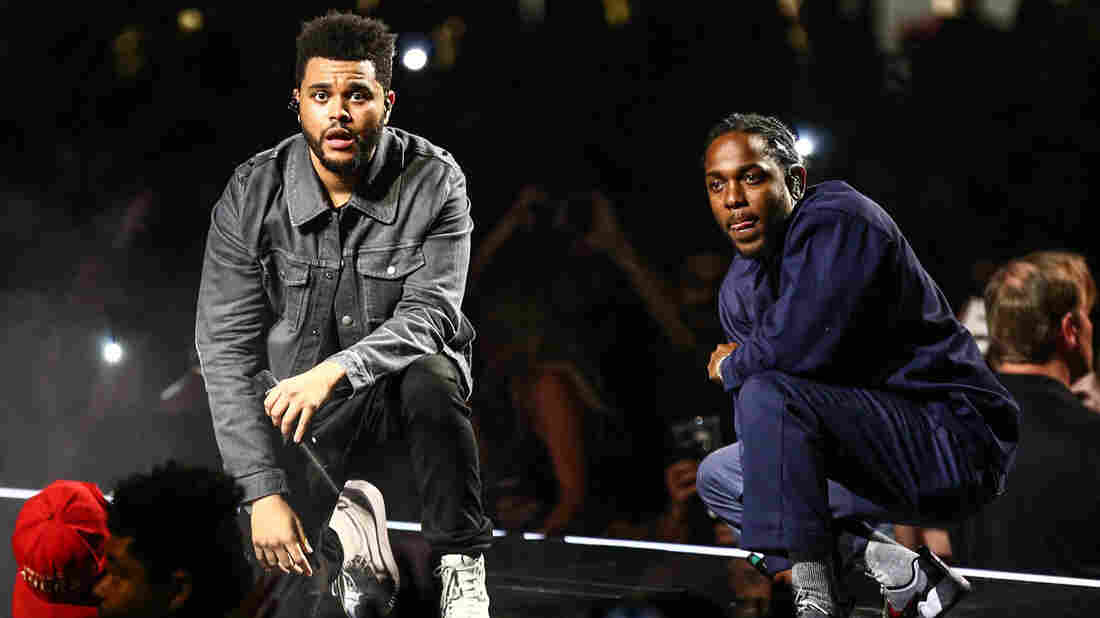 Kendrick Lamar joins The Weeknd on stage during the "Legends of The Fall Tour" in 2017. Rich Fury/Getty Images hide caption 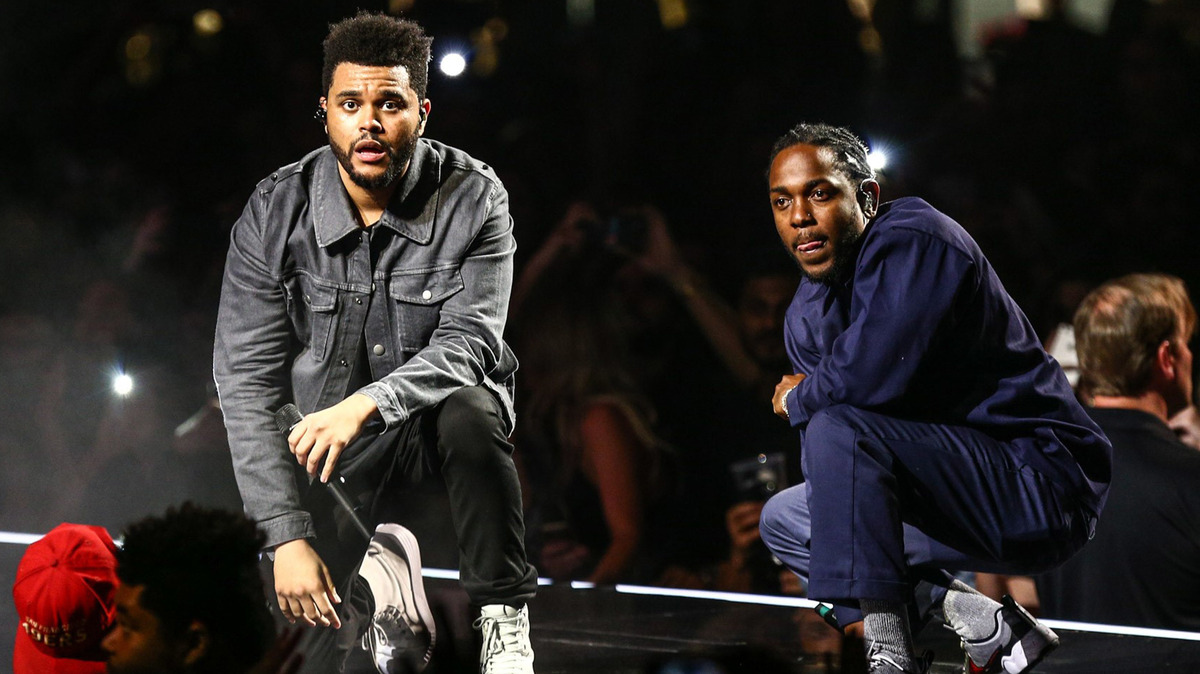 Kendrick Lamar joins The Weeknd on stage during the "Legends of The Fall Tour" in 2017.

Just days after Kendrick Lamar shared the official tracklist to Marvel's Black Panther soundtrack, the rapper and Toronto R&B star The Weeknd unleash their collaboration from the album, "Pray For Me."

"Pray For Me," produced by Sounwave, CuBeatz, Cardo and Matt Schaeffer, sounds like a bonus track off Weeknd's 2016 album Starboy: futuristic and fast-paced. Though Kendrick lends his talents by adding in a rap verse, this song was clearly made for The Weeknd to run with. The Weeknd and K. Dot have been mutual fans of one another for years and "Pray For Me" marks the second time the two chart-toppers have collaborated, following their 2016 track "Sidewalks" off Starboy.

Other famous features on the Kendrick Lamar and TDE-curated soundtrack range from Travis Scott and 2 Chainz to James Blake and Jorja Smith. "Pray For Me" is the third official preview off the album following "All The Stars" and "King's Dead." Fans now know that this cut appears as the last song on Black Panther: The Album and it closes out the project on a menacing note.