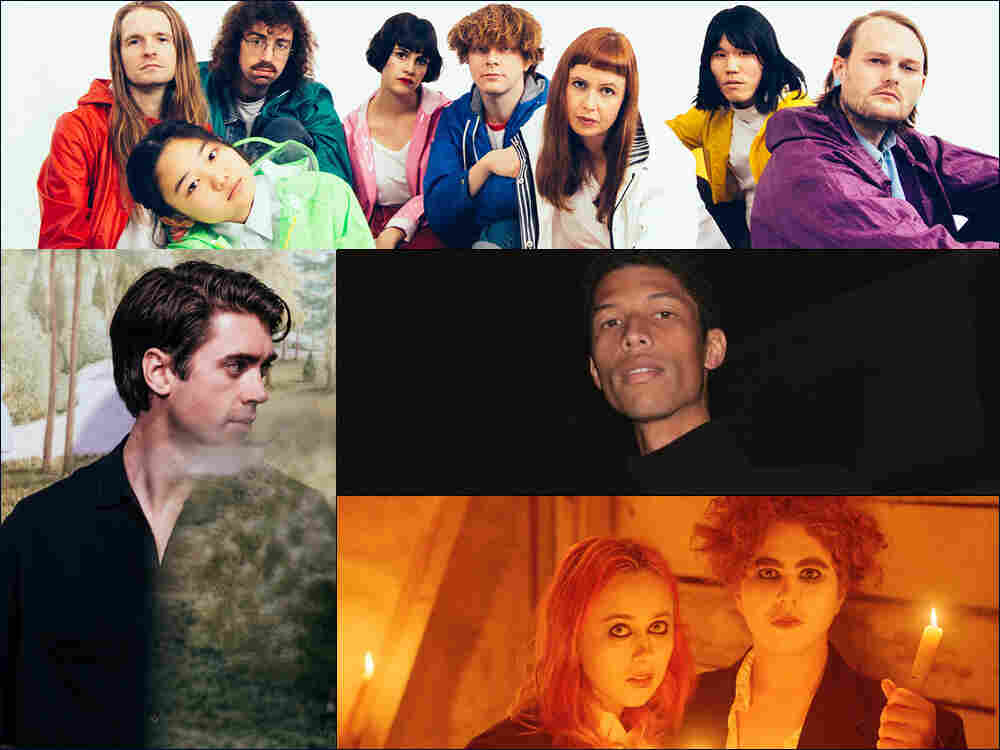 After I played a 7-minute sonic adventure from the German artist Die Wilde Jagd, NPR Music Lars Gotrich astutely realized that, with his pick of The Messthetics, the theme of this show was probably going to be "a little bit weird and loud." The Messthetics are a power trio made up of Washington D.C.'s most adventurous, often rock-leaning, musicians. Brendan Canty (drums) and Joe Lally (bass) are best known as part of D.C.'s venerable Fugazi, while guitarist Anthony Pirog makes experimental-but-accessible guitar music in many incarnations. Maintaining the theme, and adding a bit of humor, I picked a song by Superorganism, a band with members scattered throughout the world that makes its sound by sampling and chopping up their own recordings and memorable choruses with found sounds. The pastiche has firmly planted itself, on repeat, in my head.

We wind the show down in a mellower, somewhat dreamy mode with a pick from our intern Joshua Bote — the R&B of Aaron Childs, which inspired me to play the new different sound heard on a new single from Girlpool, produced by Dev Hynes of Blood Orange. So we go from Uhrwald Orange to Blood Orange in a little over 30 minutes. Enjoy. — Bob Boilen 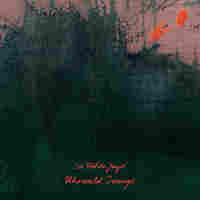 Die Wilde Jagd's "2000 Elefanten" is rooted in the hallowed legacy of elder Krautrock statesmen like Kraftwerk and Can, but for NPR Music's Lars Gotrich, the track sounds a bit like "if Slint had gotten into on one of those Global Trance compilations from the '90s." There's an artistic influence at play here, too: "2000 Elefanten" is indebted to Flemish still-life painter Frans Snyder's "Animals In The Night." Uhrwald Orange is out Apr. 6 on Bureau B. 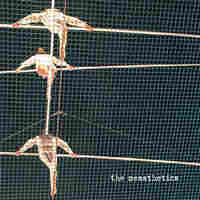 "Serpent Tongue," from The Messthetics' upcoming debut record, is the first we've heard from Fugazi's Brendan Canty and Joe Lally since their hiatus 15 years ago. It plays out as a reunion for this pair of D.C. punk legends, but it doubles as a showcase for guitarist Anthony Pirog. Pirog cut his teeth playing a wide range of styles, from free jazz to country to straightforward rock. Here, that depth of range gives way to meaty, dynamic riffing and a bit of shred. The Messthetics' self-titled debut comes out March 23 via Dischord Records. 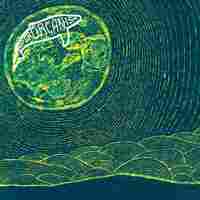 Bob, Lars and Joshua played a quick game of "spot the influence" with "It's All Good," the hooky opening track from Superorganism's debut on Domino. (Olivia Tremor Control! The Avalanches! Architecture in Helsinki! The Books!) In any case, "It's All Good" is a sound-collage earworm that winds through plunderphonics, oddball pop and psych-rock as effortlessly as the eight-piece collective does continents — its members hail from Japan, South Korea, Australasia and the U.K. Superorganism's self-titled debut will drop March 2 on Domino. 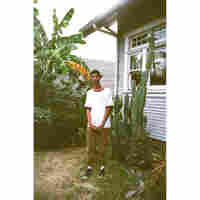 "Tangerine" is a welcome introduction to Aaron Childs, the latest act to be signed to upstart L.A. label GODMODE. Peel through the young-love lyricism to find a loosely-wound guitar riff woven into a meditative sonic haze with hints of murmured percussion and a film reel spooling. It recalls the jazz-tinged R&B sketches of fellow L.A. prodigy Steve Lacy — but that falsetto is all Childs. "Tangerine" is out now on GODMODE. 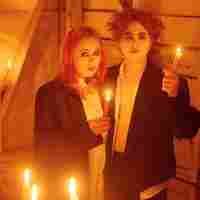 Girlpool and Dev Hynes (of Blood Orange) link up for "Picturesong," a track that takes Harmony Tividad and Cleo Tucker through a brief tour through the Freetown Sound of Blood Orange's latest album. It maintains the duo's plaintive minimalism, but feels like a natural progression after embracing a full band for last year's Powerplant. "Picturesong" is out now on ANTI-.