Accessibility links
Anna & Elizabeth Are Excavating Folk Music's Many Mysteries : All Songs Considered After discovering an old recording, the search began to find its origins — including the now-abandoned house where the recording was originally made. 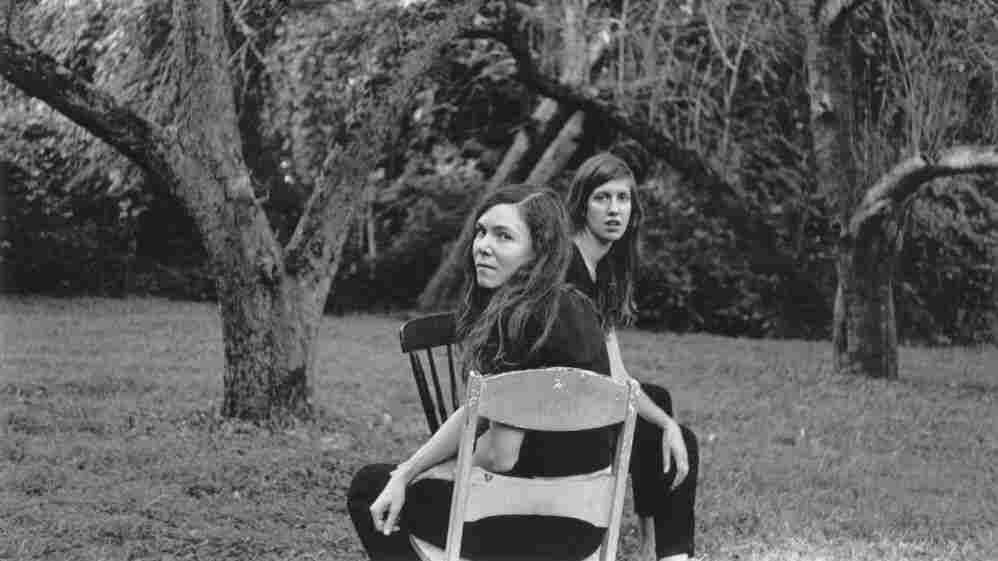 Anna and Elizabeth's The Invisible Comes To Us will be released Mar. 30 on Smithsonian Folkways. John Cohen/Courtesy of the artist hide caption 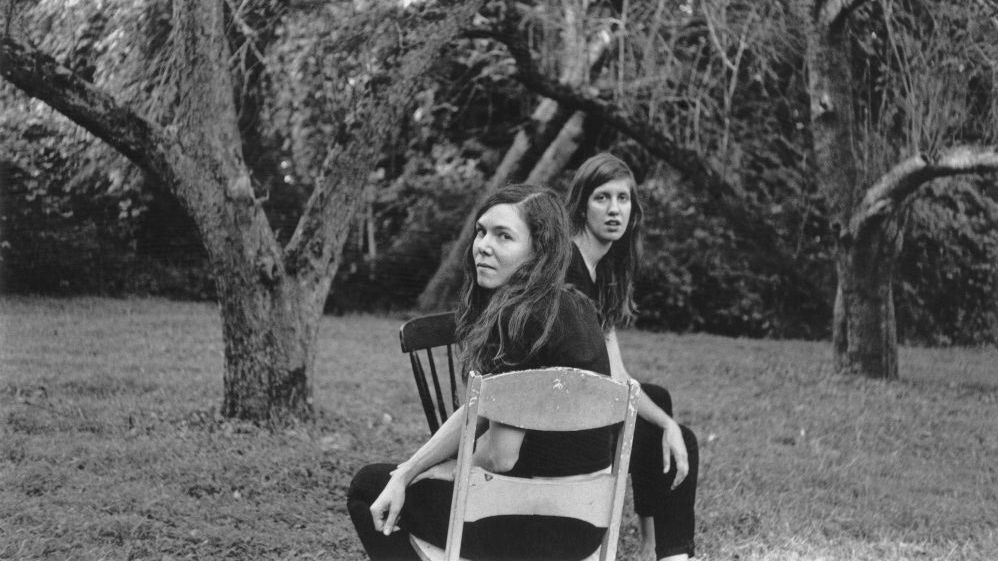 Anna and Elizabeth's The Invisible Comes To Us will be released Mar. 30 on Smithsonian Folkways.

John Cohen/Courtesy of the artist

Folk music is a funny term these days. We refer to folk music as almost anything a singer/songwriter does with an acoustic instrument. When I worked in record stores in the '70s, Simon and Garfunkel were in the folk section, as was Dylan and Joan Baez, James Taylor. But the musicians who inspired those musicians were Woody Guthrie, Pete Seeger, The Carter Family, Elizabeth Cotton, Roscoe Holcomb, Alice Gerrard, Hazel Dickens... These are the people who created the world that Anna Roberts-Gevalt and Elizabeth LaPrelle inhabit. It's a world of story songs from long ago, sung by folks, not big-time entertainers.

For their new album on Smithsonian Folkways, The Invisible Comes to Us, Anna & Elizabeth dug into the archive at Middlebury College in Vermont to uncover old songs, rediscover their history and find new ways to express them. I started our conversation by playing a song discovered there, "Ripest of Apples," from The Invisible Comes To Us.

We have a video premiere for the song "Mother in the Graveyard," produced by filmmaker Jacob Blumberg, about which Ann Roberts-Gevalt wrote to say: "This old hymn from Vermont kept inspiring images of a figure in endless wandering. So we wandered until the sun came up, cold and tired, over Brighton Beach, the spot we like to go in Brooklyn to take long looks at the horizon."

Anna and Elizabeth, "Mother In The Graveyard"

Anna, on rekindling lost family history with "Ripest of Apples"

"I went to Colebrook, [N.H.] and I interviewed the grandson and the great-granddaughter of the original singer, Linda. She had no idea that her great-grandmother had been recorded, so I gave her the recordings. Since then, she's been learning all of her family songs and we've gotten to sing with her. That's been really amazing.

"She took me to the house where the recording was made, which is abandoned. I spent a nice quiet hour there, playing the old recordings back into the room. I think folk music is so connected to place and different people's families. There's this sense of wanting to just have these very sensory and landscape-based experiences with old songs before you sing them yourselves."

Elizabeth, on connecting DIY music to the folk aesthetic

Anna, on the thrill of old discoveries in the information age

"The music's so awesome because it twists the way that you might grow up understanding what music is and how you consume it. It was all these people who were singing for their families, which is so different than 'What record's coming out this week?' Or actually, every time I read on NPR about 'the songs we're listening to this week,' I was like, 'Well, these are songs that were released this week that you're listening to.' ... It was this weird transitional time for music. That's kind of amazing that it that it was documented."