Accessibility links
Purge Your Heartbreak With Citris' Grungy 'Driving Me Crazy' : All Songs Considered "Driving Me Crazy" is scream-into-the-wall cathartic, if a little messy — but hey, so are breakups.

Purge Your Heartbreak With Citris' Grungy 'Driving Me Crazy'

Purge Your Heartbreak With Citris' Grungy 'Driving Me Crazy' 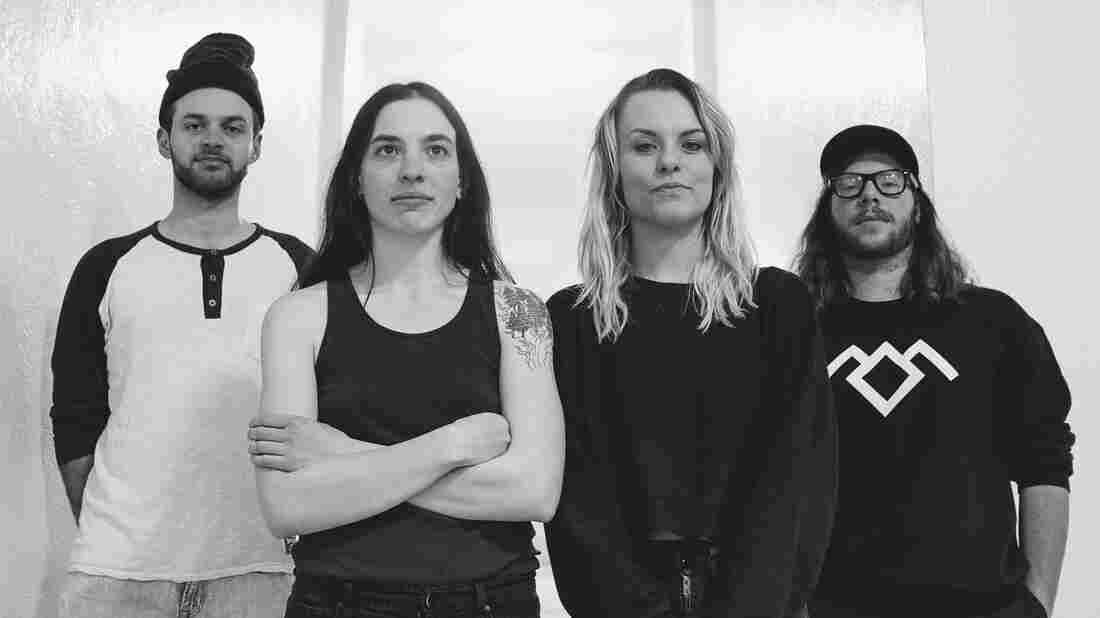 "So in an effort to release hurt feelings, I smoked some weed and wrote 'Driving Me Crazy,'" says Citris' Angelina Torreano (right of center). "Marijuana is a really great asset to breakups as well." Alex Joseph/Courtesy of the artist hide caption 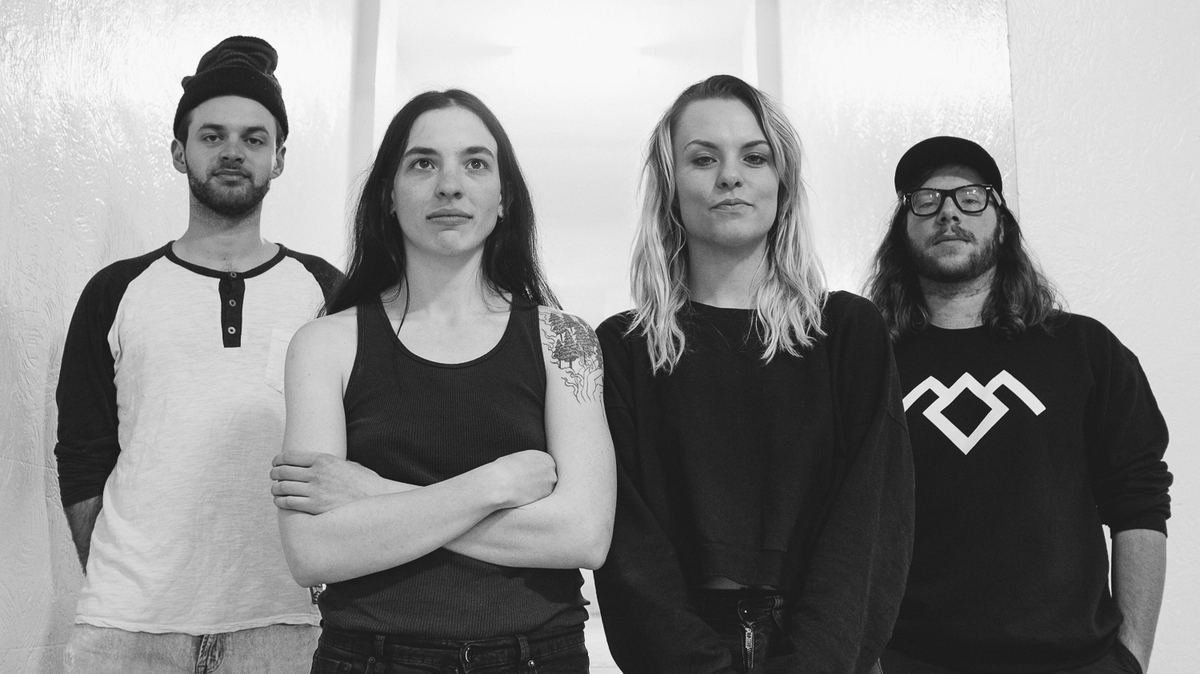 "So in an effort to release hurt feelings, I smoked some weed and wrote 'Driving Me Crazy,'" says Citris' Angelina Torreano (right of center). "Marijuana is a really great asset to breakups as well."

Alex Joseph/Courtesy of the artist

Romance isn't dead, it's just damn hard. We navigate gestures both small and grand like tributaries suddenly rushing into whitewater, and hope to hell that we come out the other side.

Angelina Torreano, the singer and guitarist for the Brooklyn-based Citris, had a particularly intense experience with one of the most old-fashioned romantic moves: a dude wrote her love poetry. And when the intensity wasn't reciprocated, things got weird, she writes an essay published with the song.

"Driving Me Crazy" is about the attack on your ego and self-esteem after experiencing rejection from a partner. It's also about having a definitive ending, but still feeling unresolved. It's a very classic theme of the death of romance and how unsettling it can be and how there are so many questions left unanswered.

I had an experience with a dude who hit on me during a show upstate and he wrote me this really sweet "love" poem after seeing our show. We eventually dated, for a month or so and I kept receiving love poems from him that, at first, really freaked me out. I eventually grew to really like him, but then of course once I started liking him, he freaked out.

Long story short, things ended because of how emotionally overwhelming everything was becoming. But when you're constantly writing poetry to your "lover," aren't you kind of begging for that kind of intensity in reciprocity?

So in an effort to release hurt feelings, I smoked some weed and wrote "Driving Me Crazy." Marijuana is a really great asset to breakups as well.

I think it's important to me because the whole experience was really upsetting. Even though it was short, it reminded me of how, even though a lot of the time I feel I have this hard exterior, I am actually quite vulnerable. And, ultimately, it's a relief. So yeah, like I said, I was hurt and stoned and in my living room at 1 or 2 a.m. messing around with some major 7 chords and DMC was born. I remember my roommate imitating the chorus line back to me from his room. I felt like that was a good sign.

Citris' "Driving Me Crazy," feels like three songs stitched together from the pieces of a broken heart. There's the fingerpicked acoustic guitar following Torreano's most intimate ("You were my favorite lover") and benign ("Now I get real high / I guess I'm sort of bummed") confessions — it shares a bedroom quality with early Bright Eyes, speaking your most earnest aches to a smudged vanity mirror. But then, feedback creeps in the door and Torreano purges in a knockout of a howling hook — "You're driving me craaaaaaaazy" — over slow-motion strums of grunge guitar. In the final minute, the woozy bridge turns into a gauzy reprise of the chorus, as if the band has transformed Torreano's bedroom into a shoegaze lounge.

The new single follows 2017's Panic In Hampton Bays, and already expands the '90s-indebted rock made by Torreano, Chris Krasnow (guitar), Eva Lawitts (bass) and Zane West (drums). "Driving Me Crazy" is scream-into-the-wall cathartic, if a little messy — but hey, so are breakups.

"Driving Me Crazy" is out now via New Professor Music.