If your mom's favorite telenovela met The Love Witch, the resulting TV movie would be La Luz's video for "Cicada." After 2015's Charles Burns-inspired Weirdo Shrine, "Cicada" is the first single off the L.A. band's upcoming album Floating Features, and builds on its noir foundations with a sunny edge.

The B-music video stars a cast of Latinx vagabonds, miscreants, and other women scorned, shot in the over-acted, ad-hoc cinematographic approach of the genre (see here). Drummer Marian Li Pino is Don Julio, a handsome loose cannon who doesn't play by the rules; keyboardist Alice Sandahl is the novela's token good-and-evil twins; and, after her melancholy solo album with the Sandcastles in 2015, it's refreshing to see frontwoman Shana Cleveland zooming through the desert on an ATV as Rhonda T. Firefly. 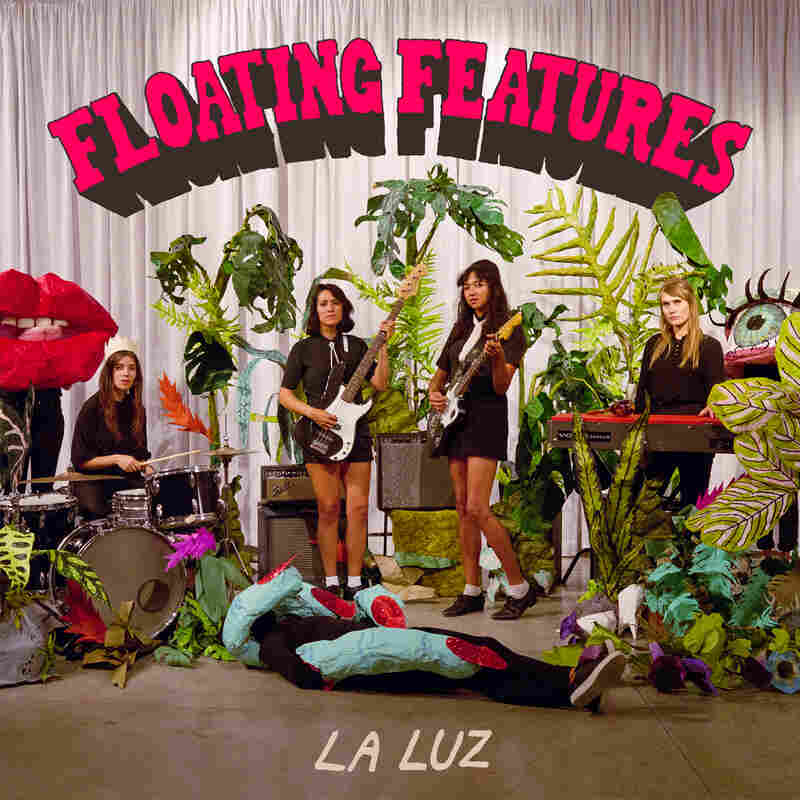 As the torrid love affair between Valentín and his nameless paramour devolves, La Luz makes an appearance playing in someone's hospital room, because this is a telenovela, after all. "Cicada" is a noteworthy addition to the recent trend of Latinx artists adopting the telenovela form, alongside The CW's hilarious and emotionally rich Jane the Virgin and Camila Cabello's "Havana" video.

Yet the silliness of the setting only heightens the intensity of its soundtrack; Cleveland's riffs are as steel-edged as ever against Pino's propulsive drums and the chorus' séancey harmonies. "Cicada" is a clear-eyed testament that surf rock can be technically inventive and still have way more fun than everyone else.

Floating Features comes out May 11 on Hardly Art Records.