Accessibility links
In Skating Polly's 'Queen For A Day' Video, Heavy's The Head That Wears The Crown : All Songs Considered The punk trio smashes the idea that competition among women is the best way to the top in a new video for The Make It All Show.

In Skating Polly's 'Queen For A Day' Video, Heavy's The Head That Wears The Crown

In Skating Polly's 'Queen For A Day' Video, Heavy's The Head That Wears The Crown

Skating Polly's music has skittered back and forth along the genre spectrum between alt-rock and what it calls "ugly pop." The band's lead single for The Make It All Show, "Queen for a Day," skews towards rock as it drips with punk sensibilities: from Kelli Mayo's snarling vocal performance to the simple and stripped down verses leading into the thrashing of guitars on the chorus.

The reclamation of stereotypes is a powerful tool of feminist empowerment. You can enjoy the aspects of femininity that society has assigned to you and that indulgence doesn't negate your existence as a complex individual deserving of respect and consideration. For example, I think of Courtney Love's fashion as a weapon against misogyny. She could front a rock band and wear pink lace and babydoll dresses. (Recently, this tactic has been faithfully resurrected by Eva Hendricks of Charly Bliss, on tour with Skating Polly this May.)

In fact, one could draw a direct line from Hole's album art for its storied Live Through This to the game show competition narrative of the video for "Queen for a Day."

In a statement from the band, Mayo says:

The lyrics for this song came from a conversation we had backstage with Exene [Cervenka of X] about the old game show Queen for a Day. The premise of the show was that women with tragic stories (sick children, dead husbands, poverty, etc) would compete against each other for applause from the audience. The winner would get a washing machine or whatever household prize they asked for and be crowned "Queen for a Day."

Months after this conversation Exene sent me lyrics in a text and we wrote the song around them. She's singing on the second and third choruses too. We wanted the video to emulate the old show, but also look like it was directed by John Waters.

Satire is a hip check to holders of power. Skating Polly rips into the the patronizing veneer of men in power who take pleasure in pitting women against each other and watching them fail with the video's unsympathetic game show host, Dink Bishop. The women complete household tasks such as knitting, baking and ironing before receiving judgement on a scale that ranges from "Boo Hoo!" to "She's On Fire!" 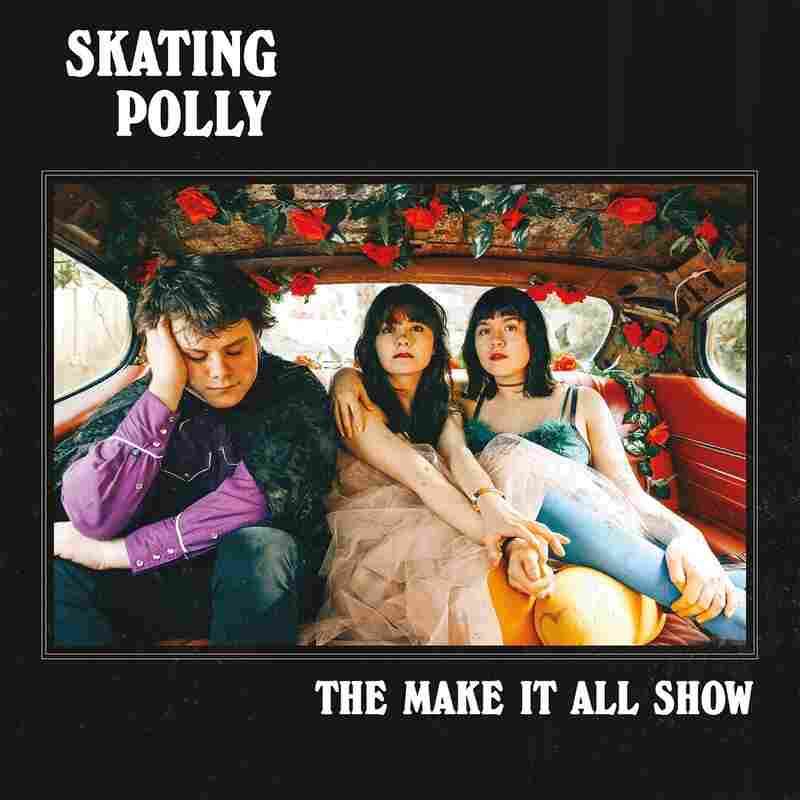 When the lowest-scoring woman suddenly snaps and takes out her anger on the winning contestant, the moment of taking her due — finally smashing the smiling facade that women are expected to uphold — is soured by the game show host laughing in the background. For him, he isn't witnessing a radical act of empowerment, but another orchestrated cat fight. You can be queen for a day, but at what cost to the women you stepped on to wear the crown?

The line between empowerment and endorsement is a thin, delicate, and sometimes non-existent line. Interpretation is a power that rests in the hands of the audience and consumer (however apt or ill-prepared they may be for the responsibility), but the choice — the crux or feminism itself — will always belong to the artist and performer.

The Make It All Show comes out May 4 on El Camino Media.