Accessibility links
Hawthonn's 'Lady Of The Flood' Is Drenched In Lunar Drone : All Songs Considered The experimental duo from Leeds soundtracks "the psychic flux of the menstrual cycle" with folk horror and regal doom.

Hawthonn's 'Lady Of The Flood' Is Drenched In Lunar Drone

Hawthonn's 'Lady Of The Flood' Is Drenched In Lunar Drone 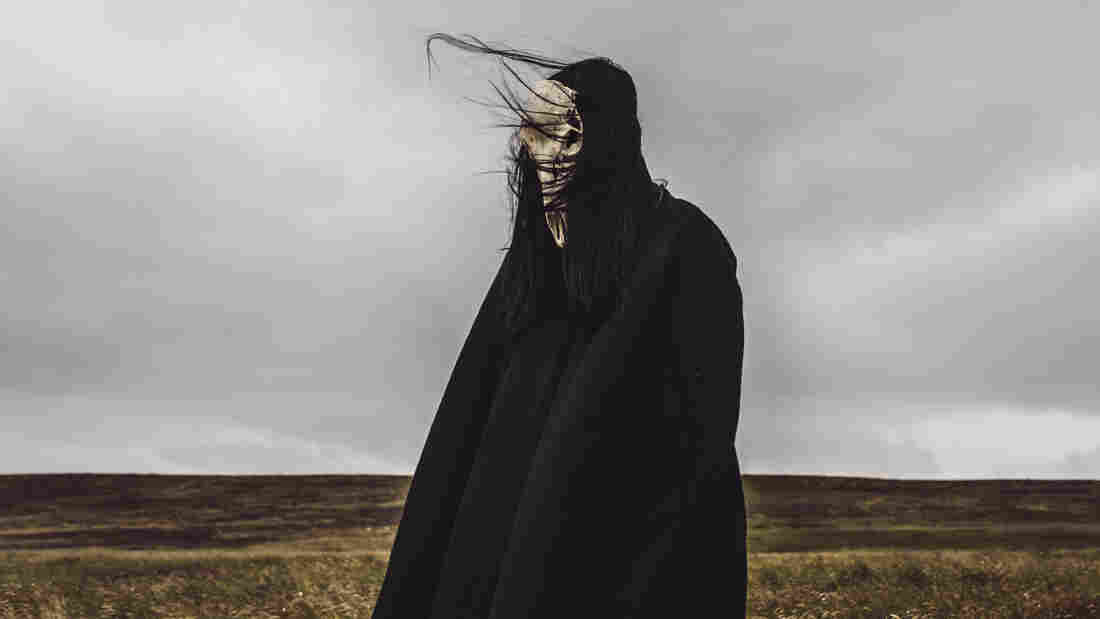 Hawthonn's Red Goddess (Of This Men Shall Know Nothing) comes out March 23. Narikka Photography/Courtesy of the artist hide caption 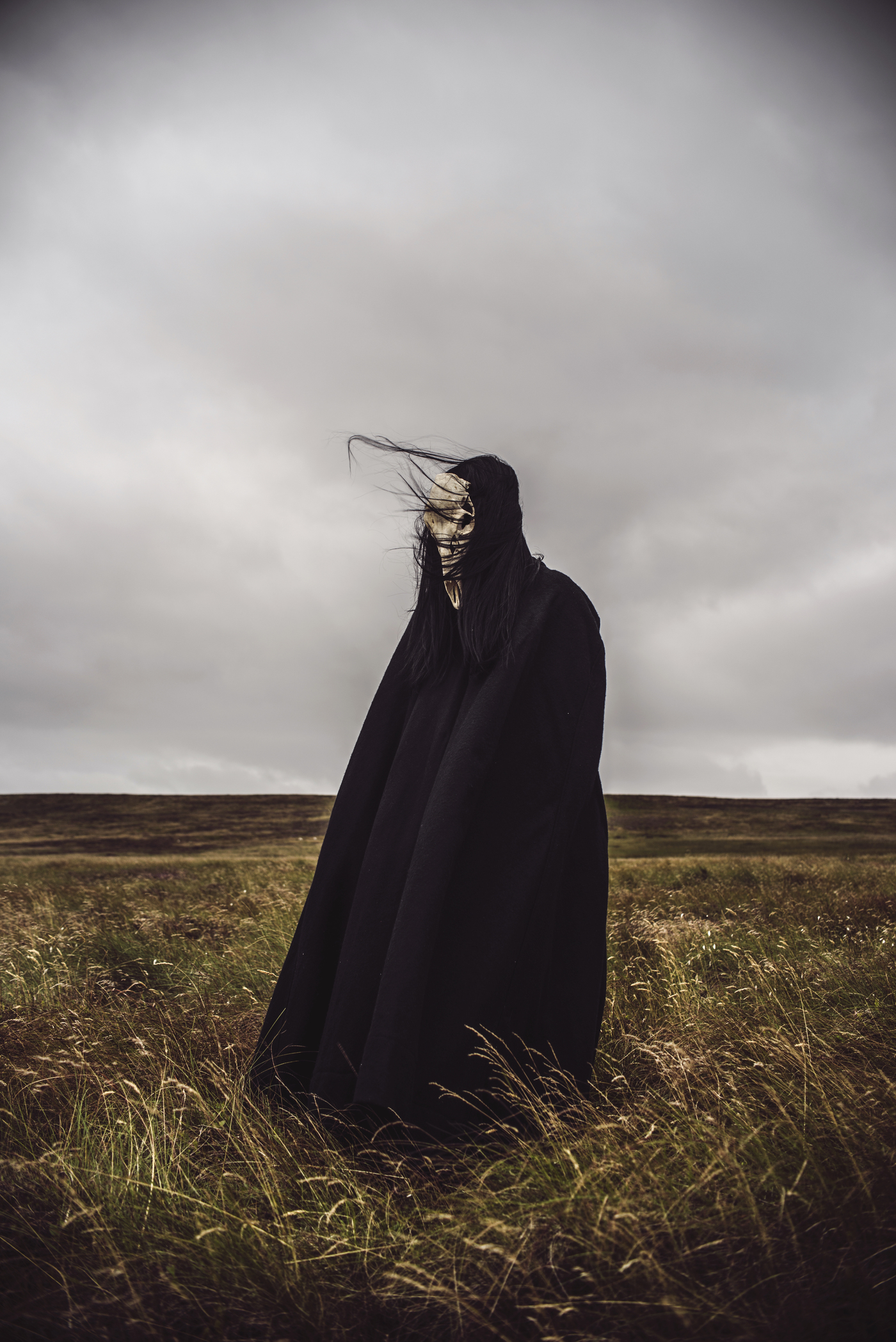 Hawthonn's Red Goddess (Of This Men Shall Know Nothing) comes out March 23.

Hawthonn's mystic drones seem to come from an ancient astral plane. Formed in 2014, the experimental duo from Leeds explores the metaphysical — dreams and ghosts — through music that seems to both wander through and embody the foggy English countryside.

After a few self-released records (and several solo projects from members Layla Legard and Phil Legard), Red Goddess (Of This Men Shall Know Nothing) is the first to get wider distribution via Ba Da Bing Records (thanks, in part, to a recommendation by Six Organs of Admittance's Ben Chasny).

"Lady of the Flood" is the 11-minute centerpiece of Red Goddess, a lunar tide cresting in slow motion to a prophecy writ from Graeco-Egyptian mythology and "the psychic flux of the menstrual cycle." Disembodied vocals, recorded in an echo chamber, morph into low drones and falling water, as Layla Legard enters the spectral void with an organ-led invocation: "To Truth." Then, a little more than seven minutes in, the flood opens with cavernous guitar.

In a short essay for NPR Music, Phil Legard — who is also a senior lecturer at the School of Film, Music and Performing Arts at Leeds Beckett University — expands upon the composition, not to mention the occult and fiercely feminist themes, of "Lady of the Flood":

Some of the themes explored by Red Goddess are mugwort and dreaming, the witch as an ambivalent and wild woman, and the psychic flux of the menstrual cycle. The moon is a symbol that joins these themes together, and one that comes to the fore in "Lady of the Flood."

The sounds that open the track were originally recorded in West Kennett Longbarrow: the "womb of the goddess" in contemporary pagan psychogeography. Layla and Phil carried out a series of wordless vocal improvisations using only vowel sounds and the resonance of the chamber. These recordings were then manipulated under the influence of composer Kristina Wolfe's spectral processing techniques. Wolfe has used these techniques, which break sound apart into individual spectral components, to affect her own music, which – like Hawthonn's oeuvre – is at once archaic and contemporary. As the timbres in our voices shift and distort they begin to sound like horns being blown: the horns of the moon, perhaps?

The deep drone that arises from these unearthly sounds was synthesised by inter-modulating a series of oscillators tuned to various symbolic "lunar" frequencies, such as 3, 9, 13, 18 and 28 Hz. From these frequencies a deep drone emerges, with a slowly shifting overtone spectrum — a drone that seemed to evoke the mental image of a black, barren moon, slowly turning in space. Yet under its surface, water trickles through subterranean caves.

The lyrics for the track were improvised around a translation of an ancient Graeco-Egyptian spell for prophecy, which survives only fragmentarily on a sheet of time-ravaged papyrus held by the British Museum (EA105881). The charm concerns Isis, given the epithet "Lady of the Flood," and Anubis:

The epithet "Lady of the Flood" links Isis to the Nile (where she hid her son, Horus), as well as to menstruation through the symbol of the annual flooding of the Nile. The invocation "to Truth" also resonates with Eleanor Morgan's observation that "some feminist critical psychologists argue that, in those moments [of the pre-menstrual phase], perhaps our usual self-censoring is ruptured and we're getting a window into our core issues – like some sort of hormonal truth serum."

It's perhaps enough to evoke mystic imagery with spooky music, but, as evidenced here, Hawthonn fully studies and embodies its occult themes with academic rigor. As more feminists reclaim witchcraft as a symbol of power — whether they believe in its mysticism or not — Red Goddess is a strange and captivating record that should truly terrify the patriarchy it hexes.

Red Goddess (Of This Men Shall Know Nothing) comes out March 23 via Ba Da Bing Records.