Accessibility links
My Bloody Valentine's Kevin Shields Gets Deep Into 'Loveless' : All Songs Considered The sound-obsessed frontman for My Bloody Valentine explains why he's reworked his ground-breaking album yet again, and his plans to release new music. 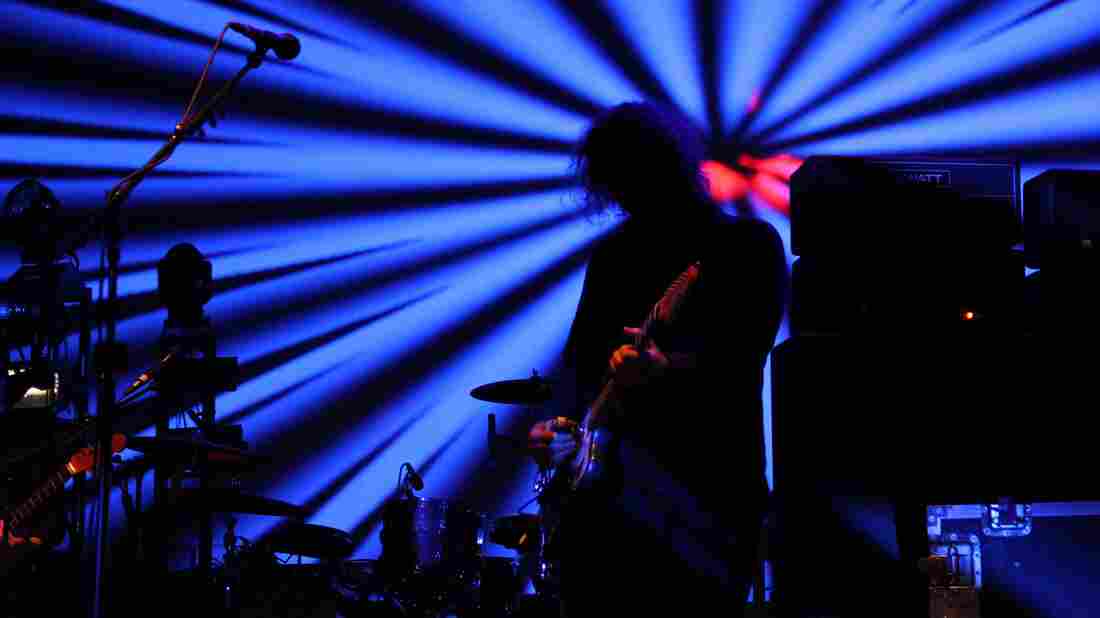 My Bloody Valentine. Anna Meldal/Courtesy of the artist hide caption 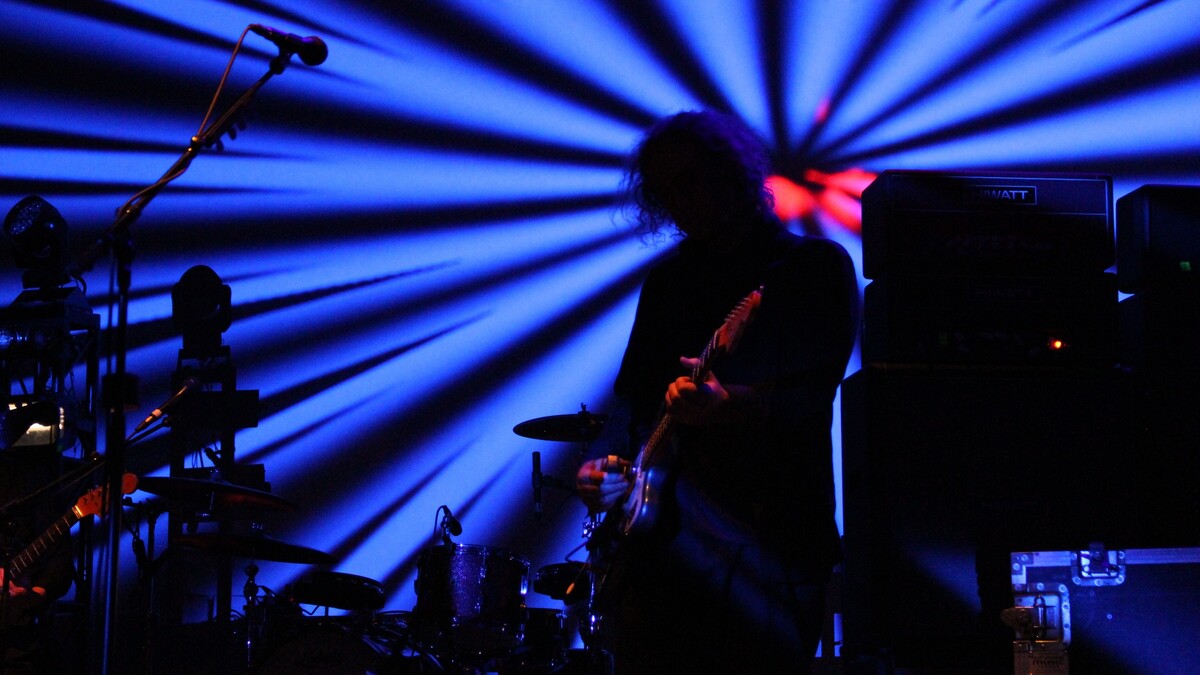 Anna Meldal/Courtesy of the artist

This is a complex and fascinating conversation with Kevin Shields of My Bloody Valentine about the latest version of the band's legendary 1991 album, Loveless. It's also about the group's future.

If you have the vinyl version of Loveless, you probably think it's an analog recording. The technical truth is, it's not. It's a bit confusing, but for one, the nice segues on Loveless — those seamless song-to-song transitions — were done on a computer. And before a pressing plant makes the vinyl version, it turns the analog tapes into a digital file.

So Kevin Shields went on what he thought would be a brief mission to make an all-analog version of Loveless. It ended up taking years and an awful lot of money. But now the new vinyl version is out, and the tale of the tape is what much of this conversation is about.

Kevin and I spoke for almost 90 minutes. I was in D.C. and he was in his studio in Ireland. We get in the weeds about tech, about mastering an album (which is the technical final tweaking done before a record is pressed). But stick with it. It was an eye-and-ear-opening conversation. I learned a lot about the process of making a record and about a guy who cares so much about what he does.

You can hear the full interview with the play button at the top of the page and read edited highlights below.

On new My Bloody Valentine material in the works

"[We] started recording a new album over a year ago, and it was based on some ideas I had. We started to work only in Pro Tools to sort of see if these ideas actually work. And they kind of did.

"So, then, we started to record analog last summer and we stopped again. We only really got backing track stuff done, drums and stuff. And then I've only really got into it, now, essentially because I'm not making an album in the way I would normally make an album, which is a self-contained thing. It's more like I'm making an EP, but I don't want to be constrained to four songs or a certain length or anything. It's really an EP but it's a sprawling EP. I'm going to do a couple of them before I do an album. I think we're going to play live in the summer and we're just going to start introducing new ideas. So I just want to mix it up a bit and get away from my 'every 20 years and make an album and then tour and disappear for five years.' 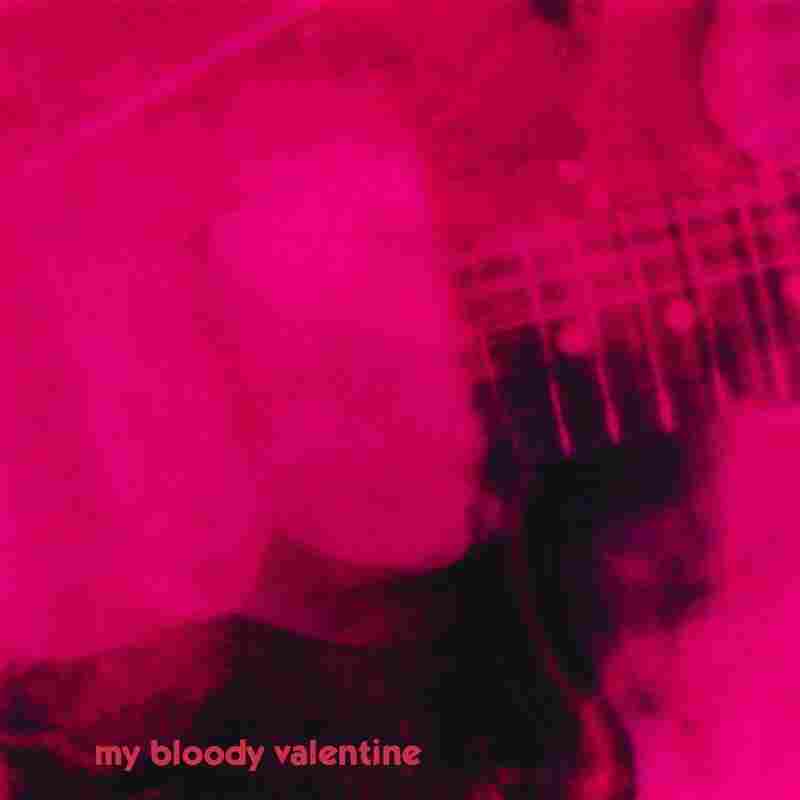 My Bloody Valentine's Loveless. Courtesy of the artist hide caption 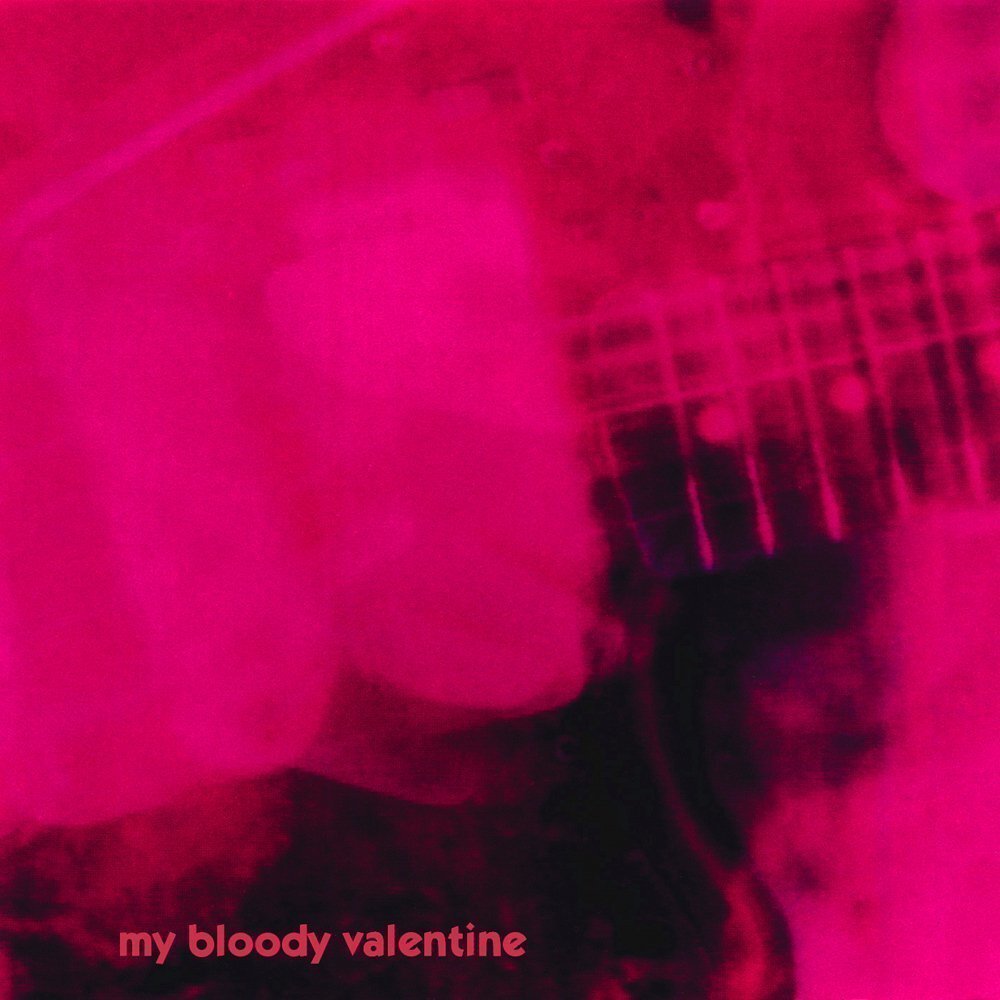 "Time is finite, so there's only that much time available and I'm going to spend X amount of years doing stuff that's technical and it just means that that's what's gone. And these next three or four years will be focused on just doing stuff. This EP thing — I'm focusing on that just to get it wrapped up before we start rehearsing in June — and then I'm going to make another one. I like that attitude. And then I'll make an album. But, in the meantime, we'll be playing live trying stuff out live. I just want to try and mix things up a bit and get into a more present state, which I've never really been in."

"Back in the '80s and '90s, I didn't see digital as a bad thing because I could hear all the good things that the digital world had to offer, basically, which is a very accurate representation of the waveform and the frequency response of the record. Eventually, people started to go, 'I don't really like the sound.' And then, when they go back to analog, they go, 'Oh my god, it sounds so much nicer' and that's [how] the whole analog concept sort of becomes an issue.

"The sound of Loveless that was mastered digitally back in '91 had a certain lack of transient information as I preferred the sound of the DAT — that sound, whatever it made — to anything else. That, to me, was close to what I was trying to achieve and what I was mixing in the studio."

On the "nightmare" of cutting and mixing Loveless

"I learned a lot. We had a lot of trial and error in the whole process of trying to cut it. Isn't Anything wasn't so hard but Loveless was a nightmare.

"It wasn't supposed to take that long, it wasn't supposed to be that hard but this thing broke us in a way. It used all our money up and put us in a very not-good place when we should have been recording this album. I was constantly stopping basically to go back into this whole thing and it did lead to a kind of a promise that that's over — that going into the rabbit hole kind of thing where I'll go until it's done. I won't be doing it for the next three or four years because there's a lot of music [that's] never going to happen. That feeling never really felt very powerful to me up until the past couple of years when I really suddenly [felt] like this is nearly never ending.

"On Loveless, there are some things that I haven't spoken about that I'm still waiting for people to digest before I do. I'm quite enjoying people hearing it with very open ears and an open mind. Because some people know I have remixed some stuff but no one knows what. So that's kind of cool."

On how his hearing loss shapes his recording process

"Hearing is very much a mental process as much as a physical process — partly, you learn to listen in different ways. For example, even people with quite bad hearing have got a certain threshold — there's a certain volume where they can hear things quite well. When I'm working in the studio or mastering, I still tend to be the one who picks up on problems first or pick up on distortions. That's not necessarily a component of good hearing from a technical perspective. It's just the way I hear sound.

"I tend to play the guitar in the studio. I tend to be sitting in front of the speakers when I'm playing. You need a certain kind of level to feel and be into it. You can't be hearing the strings when you're playing guitar. It has to be loud enough."