Accessibility links
The Early-Bird Tiny Desk Contest Entries We Love : All Songs Considered You can still enter the Tiny Desk Contest for a few more weeks, but here are some entries that have caught the eyes — and ears — of NPR Music already. 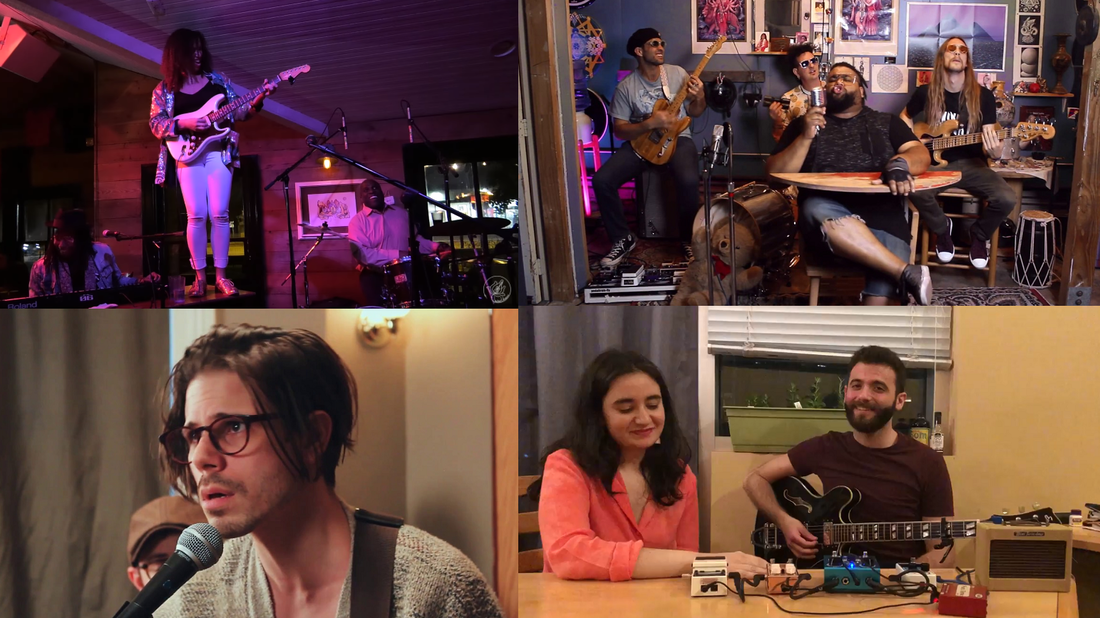 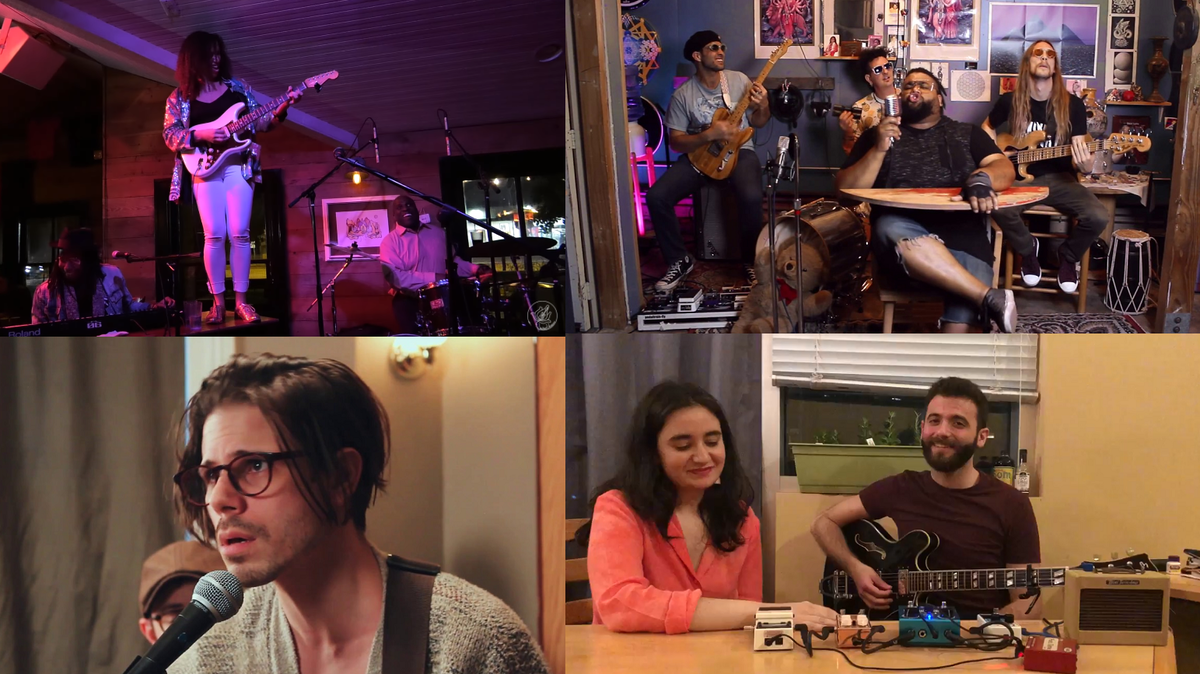 Each time Tiny Desk Contest season rolls around, the whole team at NPR Music gets a chance to discover new (or new-to-us) artists from all across the country. We're still accepting entries for a few more weeks — until March 25 at 11:59 p.m. ET — but we've already started seeing entries we love. Here are a few that have caught our eyes (and ears) so far.

Jackie Venson's entry was the first I saw this year, and boy did it set the bar high. The song is a powerhouse mix of soul and rock, with a beat you can't help but bop to. After studying classical piano at Berklee College of Music, Venson found a new artistic home in the blues guitar, and has been honing that skill ever since. Her entry demonstrates how fierce of a performer she is, with a natural stage presence and the skills to back it up (stay tuned for an awesome guitar solo from on top of the desk). Plus, you have to love that her dad is right there with her. -- Pilar Fitzgerald

Owners of White Male Tears mugs, rejoice: There's an anthem to match your disdain of the white cis patriarchy.

Passive Aggressives Anonymous hails from Rochester, New York, where it doles out orchestral folk-pop with a wink and a middle finger. "Middle Class Male Cry," its Tiny Desk Contest entry, is a glorious modern folk send-up, replete with swelling strings and a wordless "ba-ba-ba" hook that signifies anthemic verve — without really saying anything.

"It's so damn hard when things don't go your way / Especially when you know the world has it so much harder than you," the band's vocalist and white, middle-class, male leader John Valenti sings, to a little altar of himself. But the real feat is that Valenti — who resembles Johnny Depp – sells the whole concept so well, falsetto and all, that the song turns from self-biting, Flight of the Conchords-esque parody into a jaunty banger for woke white dudes everywhere. — Joshua Bote

California songwriter Emily Wryn sings with a poignant weariness that evokes Sharon Van Etten or Angel Olsen. Her Tiny Desk Contest entry, "Quiet," recognizes the power old wounds can hold over us, and the bravery it takes to move past them. On her Facebook page, she says she was inspired to share the song after "the Women's Marches, #MeToo movement, and all of the conversations that have been happening since." — Marissa Lorusso

Appearing nothing less than bored during the intro to "Funk Like This," The Routine's frontman Bryan Barbarin gives no warning of the magic that's about to happen.

You've probably never seen someone so successfully use a desk as a dancing partner until you see Bryan Barbarin spin, flip and sway with his. Throughout the video, he sings, "Don't you wish you could funk like this?" Yes. — Jay Reed

Elettrodomestico is the indie-pop project of Pietro Straccia and Jane Wiedlin — whose voice you might recognize from her time singing backup in '80s band The Go-Gos. "Lost At Sea," the duo's Tiny Desk Contest entry, finds the two musicians –fittingly – on a beach, performing a summery slice of psych-pop as the tide comes in. — Marissa Lorusso

Safar is a self-described indie pop/alternative band that splits its time between New York, North Carolina and its hometown of Beirut, Lebanon. The band's entry, "Other Lovers," has stuck with me since I first saw it last week. With just two voices, an electric guitar and an assembly of loop peddles, Mayssa Jallad (who sings lead vocals) and Elie Abdelnour (who sings backing vocals and plays guitar) build and build on memories of lost lovers, none of whom compare to the one that got away. They skillfully layer hauntingly beautiful instrumental and vocal lines with each phrase, developing their emotional labor over the full 4:45 minutes until they reach, as Mayassa sings, "a necessary release." — Pilar Fitzgerald