Accessibility links
Guest DJ: Nathaniel Rateliff & The Night Sweats Hop Across An Eclectic Playlist : All Songs Considered Rateliff and Night Sweats band member Mark Shusterman take us on a tour of their favorite music and the historical standouts that influenced them. 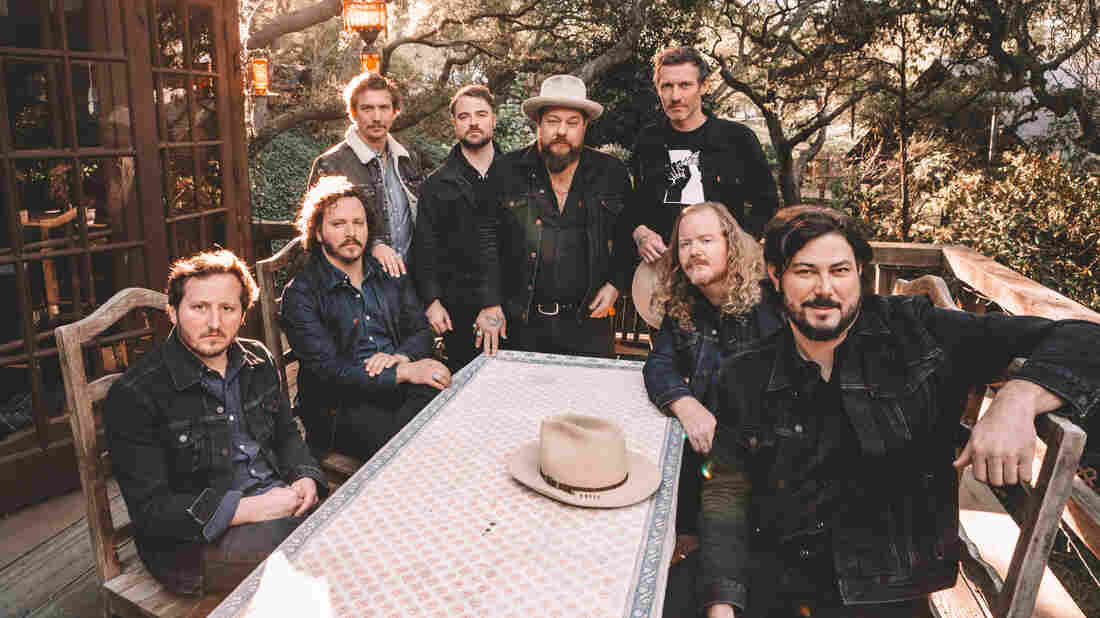 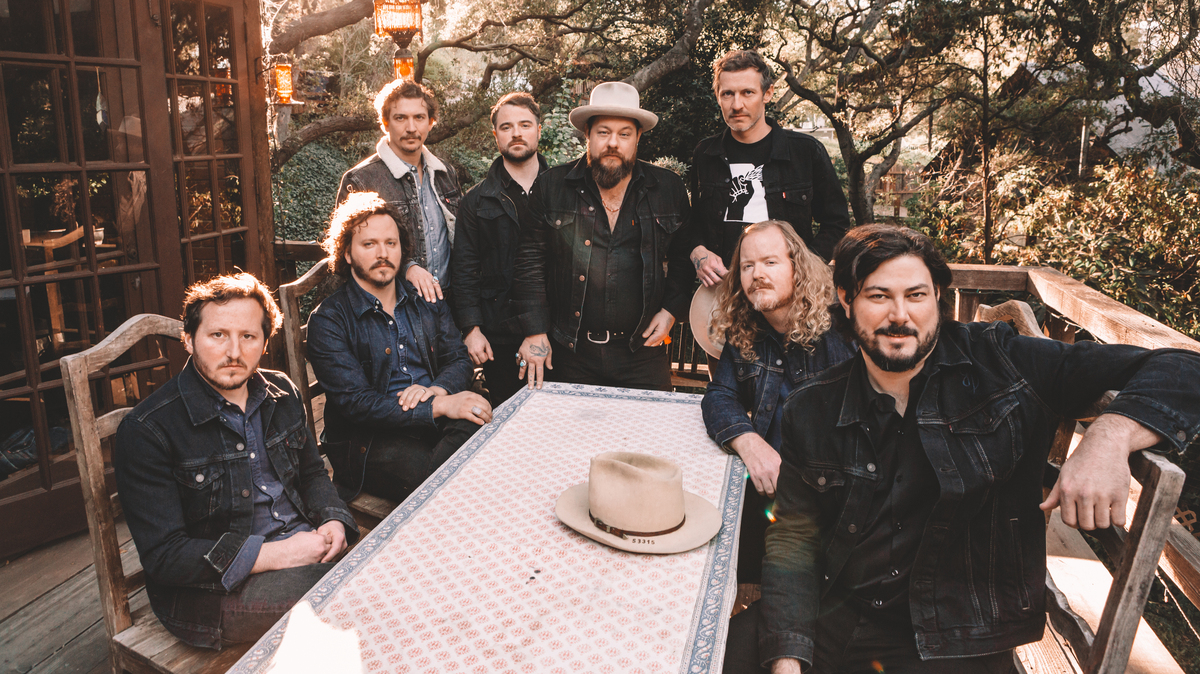 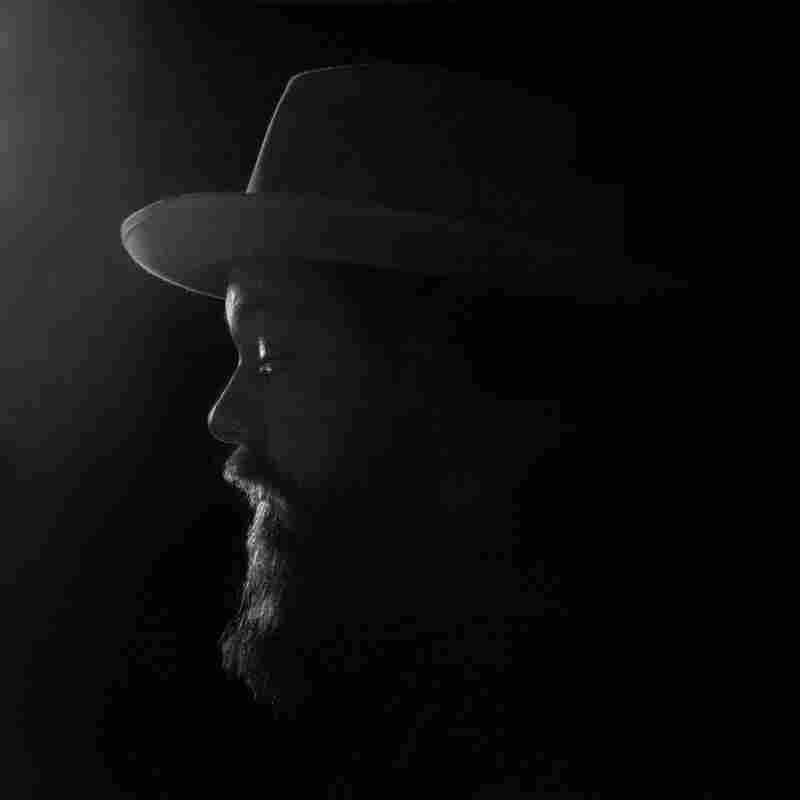 Today we have a conversation with Nathaniel Rateliff and Mark Shusterman, the keyboardist of Rateliff's band The Night Sweats, who both joined us to play DJ. They picked some music they love and some of the songs that influenced the making of their new album, Tearing at the Seams, their second studio album, out today on the legendary Stax Records.

The scrappy-looking, mostly bearded, all-mustachioed band of eight players makes music steeped in rhythm and blues, with a large dose of old-time rock and roll. The songs from Tearing at the Seams came together through live sessions in Rodeo, New Mexico, and were eventually recorded with the quirky and talented producer Richard Swift.

Our conversation bounced around music from the '50s and '60s, some of which can be found on a Spotify playlist Mark Shusterman curates.

"At one point, I was like, 'Man, I hope she's writing this for me.' I was just kind of struggling. You have good times, but then you don't really feel like you're connecting with anything and you don't really feel like you have true joy in your life. And then she's like: 'Nothing matters more than love.' I think we all struggle to find love in our lives, I always have. So it doesn't always work out." — Nathaniel Rateliff 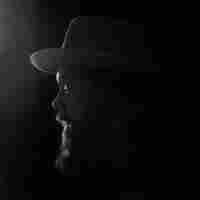 "A lot of the records that we all love are done in one room with, instruments bleeding [into multiple microphones] and the sound's getting crossed. We've become a live band over the last three years, and I thought it was important for us to try to have that aspect in the studio. And [Tearing At The Seams producer] Richard [Swift] is all for it. He's always like, let's try to do the whole thing with one mic.' That's kind of his approach. And he just likes getting weird with the music too. He'll always be like: 'It's gotta be weird, man.' -- Nathaniel Rateliff

"The guys just played it a few times and I drunkenly stumbled in and was like, 'Sounds good if you blabbity bloo.' I got a lot of rolling eyes and then I went back into the sound booth and they just did a couple more takes. Then, Richard was like 'Why don't you guys come in here and listen?' And that's what this is." -- Nathaniel Rateliff

"We didn't think that when we were going to go in and listen that we were like, going to listen to a song that was done for the record. We were like: 'Oh yeah, I mean all of our instruments sound good.' Richard is so good at making things sound good right off the bat. I haven't worked with a ton of producers, but you don't hear that often." -- Mark Shusterman

"Nowadays, you can go in and edit so much stuff that I feel like some music is just becoming kind of sterile." -- Nathaniel Rateliff 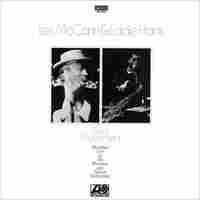 "It's funny, because you don't hear it as much anymore but now we have three pretty amazing horn players in our band... There's just so much horn music that I love, just like all those different melodies and voices together and and then just great solos. It's hard sometimes when you're playing live — solos just happen and you can't recreate them, it's like some of his stuff he's doing sounds so good to me." -- Nathaniel Rateliff 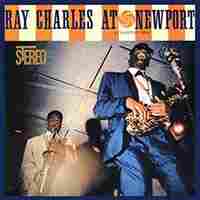 "If you are into music and you love it, anyone that you're listening to that's contemporary is going to have an interview where they're like, 'The best music is this and this and this,' and it's all coming from the '50s and the '60s and the '70s. It was just a beautiful time for music to be made." -- Mark Shusterman

"It was all new. It was brand new discoveries of different types of cultures coming together to create that type of music and that's kind of why. It just doesn't feel like it will happen again." -- Nathaniel Rateliff

"It's a sad thought, and the collaboration that was going on back then where every musician was going to shows all the time and they were meeting musicians totally cross-genre and talking about music in a way with excitement and collaborating and working together. We try and do that. We want to be a part of that experience. But, who knows if it will ever happen again. We've gone pretty far away from it." -- Mark Shusterman

12Tearing At The Seams

"Nathaniel's just a very powerful songwriter. I try to write songs, [and] it blows my mind the kind of songs that he can write. I just want to do justice to that song. You know, sometimes he's played me songs just in his living room that just like hit me in the heart. And I think like, 'I can't make this song any better.' And he says, 'No, I want to play this as a band I think the song would be good as a band'. And so my job is to try and make whatever I'm doing do the song justice and make the song better. And it's a challenge, but it's also... you know, it makes me get places that I didn't think that I could get when I'm playing on my own, or when I'm playing with other bands where I'm leading the way. Trying to just do justice to his music is really inspirational." -- Mark Shusterman 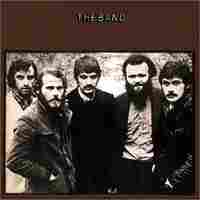 "If I were to go out on one song in your list, maybe a song that you would go down the road singing together." -- Bob Boilen

"The Night They Drove Old Dixie Down." — Nathaniel Rateliff

"That's so funny. I had my finger on the button of that song." — Bob Boilen