Accessibility links
How The 'Magic Of The Tiny Desk Contest' Inspired Haley Heynderickx : All Songs Considered Heynderickx — a Portland, Ore. songwriter and NPR Slingshot artist — entered the Contest three years in a row. She says the Contest has helped her musical career in ways she never expected.

How The 'Magic Of The Tiny Desk Contest' Inspired Haley Heynderickx

How The 'Magic Of The Tiny Desk Contest' Inspired Haley Heynderickx 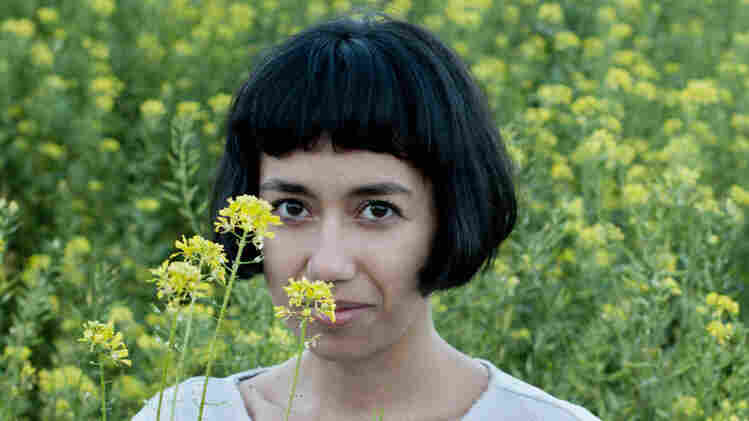 Haley Heynderickx, a three-time Tiny Desk Contest entrant, says the Contest helped her expand her following outside her hometown. Alessandra Leimer/Courtesy of the artist hide caption 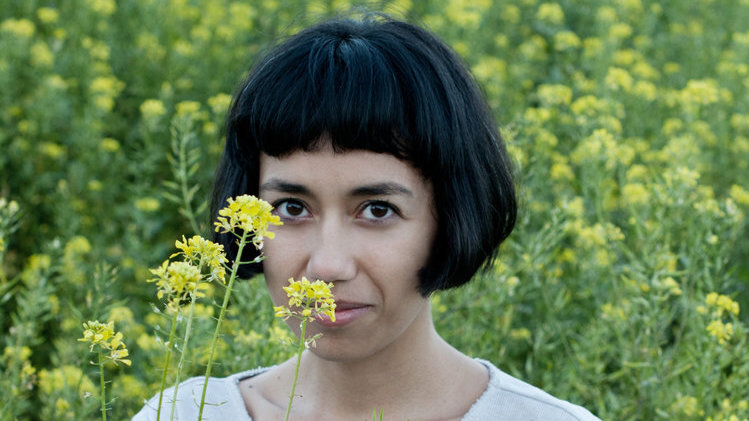 Haley Heynderickx, a three-time Tiny Desk Contest entrant, says the Contest helped her expand her following outside her hometown.

Alessandra Leimer/Courtesy of the artist

My name is Haley Heynderickx and I'm a songwriter from Portland, Ore. I tell this story to you while touring through California on my way to SXSW, knowing in the back of my mind how many of these experiences may not have happened without the magic of the Tiny Desk Contest.

I know the concept is simple: perform a song near a desk. But when I heard about the Contest three years ago, my heart was doing push-ups. Having never shared music outside of Portland, I thought it would be a good change of pace. I had a lot of questions: Would anyone enjoy my tunes outside of my hometown? If they did, what could happen? What is it like to meet Bob? Would we handshake, fist bump, high-five?

For my first submission, I wasn't the best at uploading videos online. I got pretty shy about that stuff. It felt uncomfortably permanent, but a thoughtful videographer named Seth Ian filmed "Drinking Song." I contemplated the tiny and unnecessary details: What shirt do I wear? Do I make eye contact with the camera? Do I fidget with how the room looks? These will all now be permanent, I had told myself, but my nervousness subsided as I was greeted by a new online community and was featured on NPR Music's Contest blog.

I felt over the moon; the imaginary ceiling had cracked and I began to meet various musicians online who had also entered. This is one of the greatest reasons to join this Contest: to embrace the community of musicians pursuing their craft. You never know who you'll one day cross paths with. Months after sharing the video, for example, I played a show with The Wild Reeds where we got to mutually appreciate each other's submissions.

I submitted my second video, "Jo," that next year. It was a quick bedroom take and I remember being disappointed that I hadn't written too many tunes that year. I was lost in my customer service job, trying to keep up with rent and the passing days. Money went into recording an attempted album, quickly to be lost. Months later, that gloom greeted me with many new odd tunings and tunes, which slowly led into the third year of the Contest. I wanted to switch things up, perform with a little more confidence. Dear friend and talented videographer Evan Atwood agreed to make a video of "The Bug Collector." I was blown away by a invisible momentum that started when NPR Music featured the video as one of their favorite videos of the 2017 Contest.

That spring, my band and I had the pleasure of opening for the band who won the 2017 Contest, the incredible Tank and the Bangas, at the Portland stop of the Tiny Desk Contest tour. That moment of contact with Bob Boilen suddenly became a sweet reality. With a warm smile, we shook hands as he urged an over-excited crowd to hush down a little to hear a bit of our set.

Since that meeting, I've signed to a record label I love. I made some incredible buds who became tour managers, advice givers and thoughtful helpers over the coming months. I met my bandmates, who are the threads that have helped stitch me together. I met my wonderful producer Zak Kimball, who helped me make a record I'm proud of. Just when all these details aligned, NPR and my local Member station, OPB, reached out again to add me to their roster of Slingshot artists.

I write this to you on the road between shows, between gas station stops, between countless car rides. My tour mates laugh at my laptop on my criss-crossed legs as I stare at the constantly changing trees and mountain tops and winding streets. I never dreamed the simplicity of sharing music with you could have lead me down this rabbit hole.

The Tiny Desk Contest helped take Heynderickx's music and career to the next level. Could you be next? There's still time to enter: Visit tinydeskcontest.npr.org to send in your video before March 25 at midnight EST.