Accessibility links
The Tiny Desk Contest Entries We're Excited About This Week : All Songs Considered There's still time to enter the Tiny Desk Contest — send in your video before midnight EST on March 25. In the meantime, check out some more entries we love. 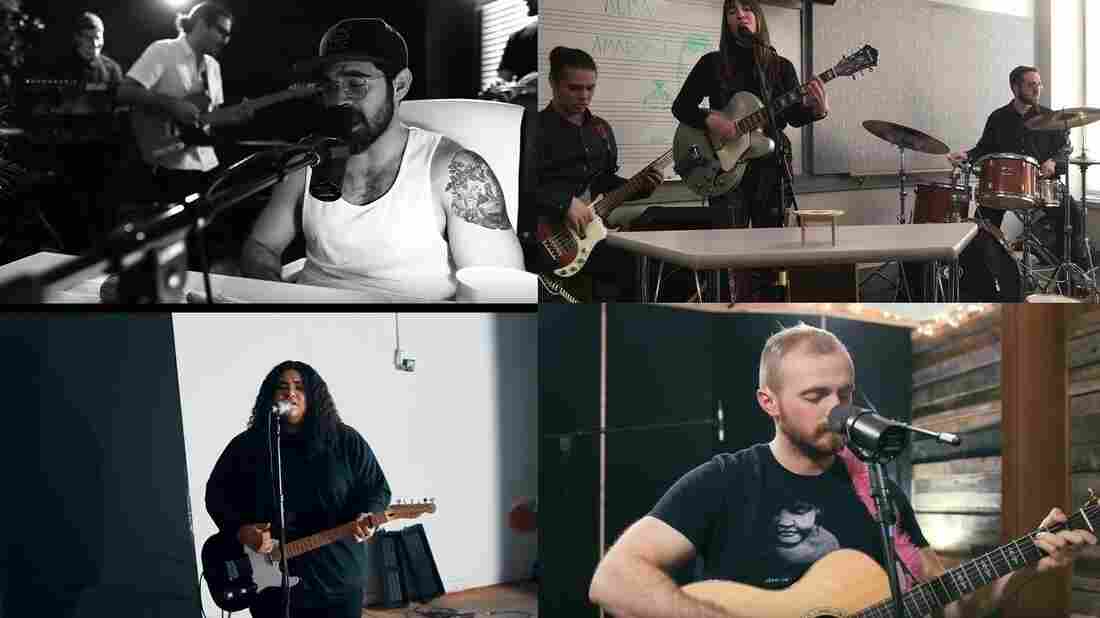 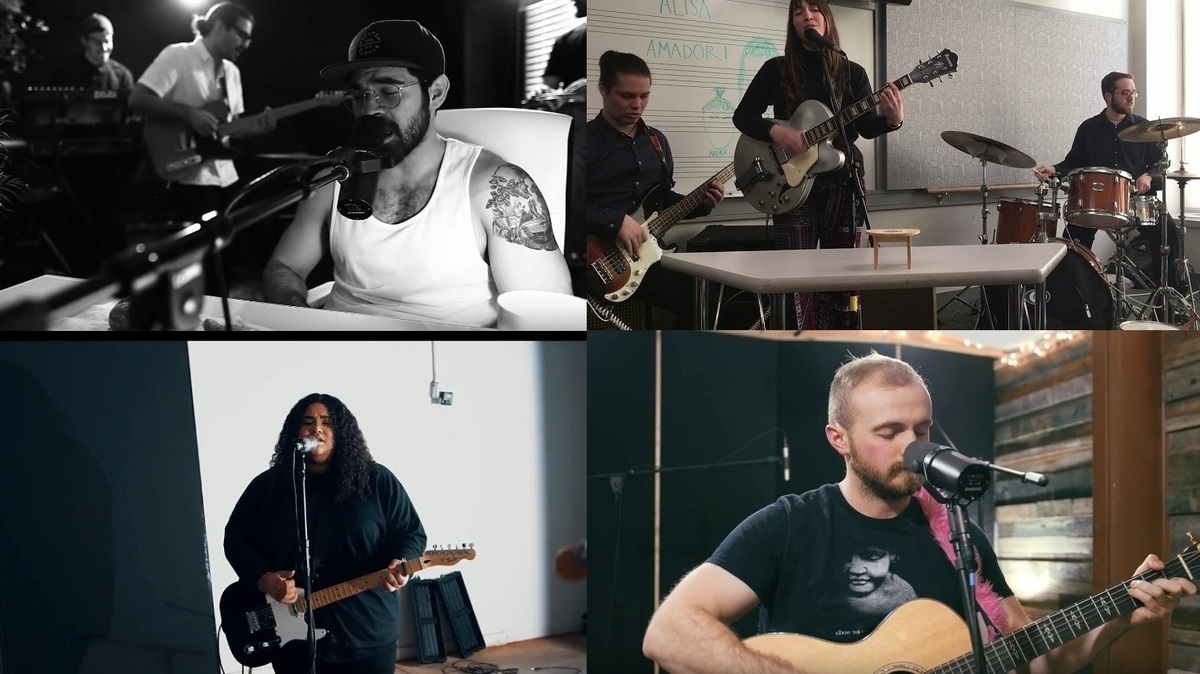 As the Tiny Desk Contest rolls on, we are still in the midst of discovering new, or new-to-us, artists from all across the country. (Are you one? Well don't wait — we're still accepting entries for a few more weeks — until March 25 at 11:59 p.m. ET.)

We've already started seeing some entries we love (find some earlier standouts here), and we couldn't think of a good reason not to share them.

Nina and The Hold Tight, "Salt and Blood"

In the past couple years, artists like Mitski, Jay Som and Alabama Shakes have helped raise the profile of women of color with guitars. The mainstream, however, still seems to ignore Latinas who shred — and it's certainly not for lack of talent. Consider Nina de Freitas, of Nina and The Hold Tight, as an example. The Brazilian singer from Colorado Springs has a throaty alto reminiscent of another famous Nina, which soaks and snags on all the right words. Take her entry to the Tiny Desk Contest: "Salt and Blood," a fraught and urgent blues passage toward understanding. "So the flesh just feeds the earth / And the weepers flood / Then we harvest what grows from the salt and blood," she sings over her band's heavy riffs, her righteous anger a promise for her own becoming. — Stefanie Fernández

Aubrey Hays, "Mean To Me"

It is almost immediately evident that Aubrey Hays poured her whole heart into her entry, "Mean to Me." Born and raised on a Mississippi bayou, Aubrey sees vulnerability as the key to her songwriting. She can play around 12 instruments, but the real highlight of her entry is her incredible voice. Her tone and emotion is rich and unguarded, backed by the quiet support of a soothing guitar. This story is one of tremendous hurt — but she seems stronger because for it. — Pilar Fitzgerald

According to her hit "Love Song," Sara Bareilles doesn't like being told what to do. It's a pretty punk attitude for someone who composes scathing piano-pop songs, so I've always wondered what would happen if she made the symbolic leap to electric guitar.

Well, I don't have to wonder anymore, because Alisa Amador is a pitch-perfect rendition of my wildest dreams. She's taken all the anger of a jilted lover and pushed it back in the direction it belongs — at the guy who's trying to be friendly months after an unprompted ghosting. Oh, and it's all packaged up with a genuine smile. It starts small and self-indulgent, but by the explosive chorus — "Now I don't need anyone to greet me in the morning / And I don't need anyone to keep me warm at night" Amador lights up the room with the giddy freedom of realizing she's moved on. — Cyrena Touros

Seven minutes into PermanENT iNK and The Blueprint's nearly nine-and-a-half-minute entry to our Contest, the group reaches an overlapping, jazz-rooted refrain of voices, rapping and singing over one another, some lines popping out while others wait their turn. The gesture risks sounding disconnected, but instead sounds powerful; the way each member feeds off an own individual energy and then passes it through the room creates a cohesive, groovy performance. Throughout the solo-driven song, the group joins in unison for a a few lines — "I'm coming home" or "my sunshine, my sunshine views" — showing that this is not just a room of talented-yet-disconnected individuals, but a compelling and solidified group. — Jay Reed

Quinn Christopherson braved the elements to film his entry: The video for "Mary Alee" finds the Alaskan singer-songwriter on an outdoor ice rink, singing and playing guitar as children and parents skate by. Christopherson is an Athabaskan and Inupiaq songwriter, and says he uses his music to addresses "his childhood and his role as a transgender individual navigating Alaska's social landscape."

"Mary Alee" is a moving folk song, written in tribute to a powerful woman. "My grandma was a saint, she ain't ever been a quitter," he sings. Judging by the power in Christopherson's voice and his courage in facing the cold, we'd like to bet that strength runs in the family. — Marissa Lorusso

Stan Taylor and his band have created something truly special with "Vertigo." In the foreground, Taylor's voice is smooth and soulful, reaching new heights with every chorus — but I would be remiss to not give major props to the band, whose energy seems telepathically in sync. Altogether, the finished product serves up flare (shout-out to that saxophone solo) and swag within this five-minute jam. Take a moment, sit back and enjoy — this groove is contagious. — Pilar Fitzgerald

Joe Holt, "As Bad As It Seems"

After his first strum, Joe Holt looks up and takes a deep breath as if asking himself: "Am I really about to do this?"

The "this" in question would be tackling flooding in Asia, the aftermath of Hurricane Harvey and mass shootings — all before satirically concluding that "nothing's as bad as it seems."

It's a tricky swirl to nail, but Holt masterfully finds the right balance to sustain an emotional arc. Heartfelt instead of preachy, it masquerades as a song about optimism, but it's actually a reckoning of privilege ("Everything fine's as it is / at least for you and me"), tied together with an affirmation that no, you're not crazy: "It's exactly as bad as it seems." — Cyrena Touros