Accessibility links
Watch The Great Tiny Desk Contest Entries We Saw This Week : All Songs Considered The 2018 Contest is officially closed for entries! For the artists who sent in their songs, the hardest part is over — but for us at NPR Music, it's just beginning. Check out some new entries we love. 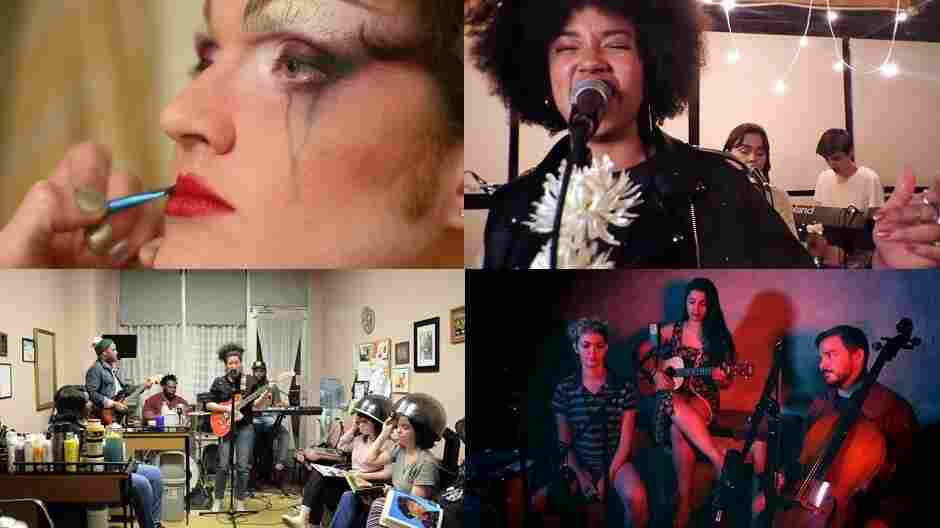 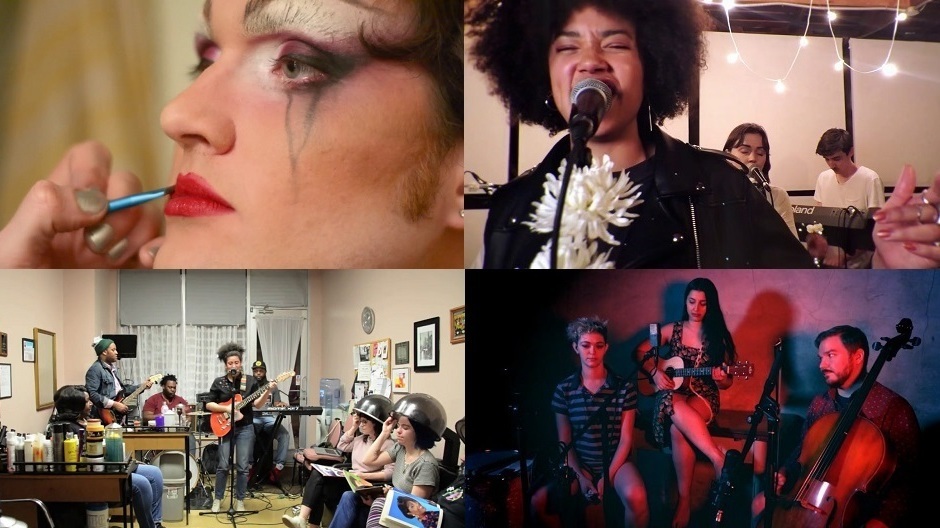 The 2018 Tiny Desk Contest officially closed for entries last Sunday night. Videos poured in from every state across the country, featuring thousands of talented musicians performing behind thousands of desks.

For the artists who sent in their songs, the hardest part is over. But for us at NPR Music, it's just beginning. Our panel of judges is ready to watch your videos — and, in about a month, we'll announce this year's Contest winner.

You can now watch all the entries coming in as we moderate them: Browse by state, by city or by genre and discover someone new. Before you do, check out some great entries we discovered this week.

Come to De Casper's entry video for the masterful mini-documentary before he gets on stage; stay for his performance of "Good Boy," a sultry disco romp about a garçon fatale. De Casper vamps on that stage sure-footed and effervescent, belying his prior confessional with camp and glitz like the icons before him. — Joshua Bote

Gracie & The So Beautifuls, "Night Walking"

Have you ever placed your keys between your fingers while walking alone at night? In "Night Walking" by Gracie & The So Beautifuls, Hannah Van Sciver plays a ring of keys, their jangle a steady metronome for Gracie Martin's jazz vocals and lyrics co-written by collaborator Jason Rosenberg. "I don't feel brave walking here," she sings, describing a menacing catcall from a boy at a gas station. "Sleep walking / Oh, who needs choice? / Girls just wanna get destroyed." With its sparse rhythm, "Night Walking" is a defiant ballad for anyone who has bravely stepped outside at night, a Wolverine with makeshift claws. -- Stefanie Fernández

"La Realidad" is passionate, fluid and ethereal poetry in motion. In the opening vocal line, Lau Noah soars on an elevated harmony high above her Spanish guitar. Only when we reach the chorus does the melody start to reveal itself, and still, it surprises you at every turn. The speed at which Noah plays and sings paints a turbulent portrait of the tragic differences between fantasy and reality, and, as the song unravels, of deception at the hands of a lover. One particularly poignant lyric stands out: "La realidad está llena de locura" ("Reality is full of madness"). Paired with a strikingly harsh but brief change in the strumming pattern, the lyric summons the agony that the song so gracefully evokes. — Pilar Fitzgerald

Katie Ruvane, "In The Hallway"

"In The Hallway," Katie Ruvane's Tiny Desk Contest entry, is a touching folk song about violence, fear and the ways we do and don't protect each other. Ruvane sings sitting underneath a desk; the end of her video shows the names of the victims of the Parkland shooting and a call to remember. Ruvane says the song was "hard to write, upsetting to sing and scary to share." The setting and the list of names – combined with Ruvane's honeyed voice as she sings about "cold blood in the hallway" — is a chilling and powerful testament to the frustration she, joined by many young people across America, feels in the face of the current debate about gun violence. — Marissa Lorusso

Atop a sumptuous featherbed of R&B that splits the difference between Sade and SWV, Boston-based singer Phé waxes romantic in her stunning contest entry. "Incredible" is a blissful ode to passion that captures the sensuality and thrill buzzing between young lovers. Where plenty of other capable R&B throwbacks are content with merely pilfering from nostalgia, Phé inhabits it as if it were a firsthand memory. She swoons, singing lines of devotion in circles, then switching to a delirious double-time flow in the bridge. Love can be moon-eyed and giddy at once; in the span of three minutes, "Incredible" captures both. — Joshua Bote

In an interview with Vortex Magazine, MAITA said that "Japanese Waitress" was "written on her order-taking pad." The song is a series of vignettes recounting her experience as a half-Japanese woman working in a Japanese restaurant, struggling to make ends meet as an artist. Her fingerpicking style, sobering melody and deeply personal storytelling calls both Sufjan Stevens and Joni Mitchell to mind. It is a beautifully somber piece, weaving together threads of sexism and ethnic discrimination experienced by those working in the food service industry. The weight of her experience becomes fully realized in the lyric "He's scared of this country," the last line of the last verse, repeated with chilling emphasis. — Pilar Fiztgerald

We're always happy to spot unusual locations when we're browsing through Tiny Desk Contest entries — so we loved finding Cincinnati-based Knotts, whose entry takes place in a local beauty salon. "Awake" is a groovy pop song, led by songwriter Adalia Boehne and backed up by her bandmates Jordan Wilson, Antoine Franklin and Jonathan Mango. "I finally found my voice," Boehne sings on the songs chorus — getting some backup vocals and nods of approval from the other women in the salon, who sit under hairdryers as they flip nonchalantly through magazines. (Knotts shared some great behind-the-scenes photos of the video shoot you should check out, too.) — Marissa Lorusso