Accessibility links
Our Favorite Desks In The Wild From The 2018 Tiny Desk Contest : All Songs Considered While the TDC judges watch video submissions on the hunt for this year's winner, NPR Music is hosting weekly fan favorite votes. This week, we're celebrating desks out of their natural habitats. 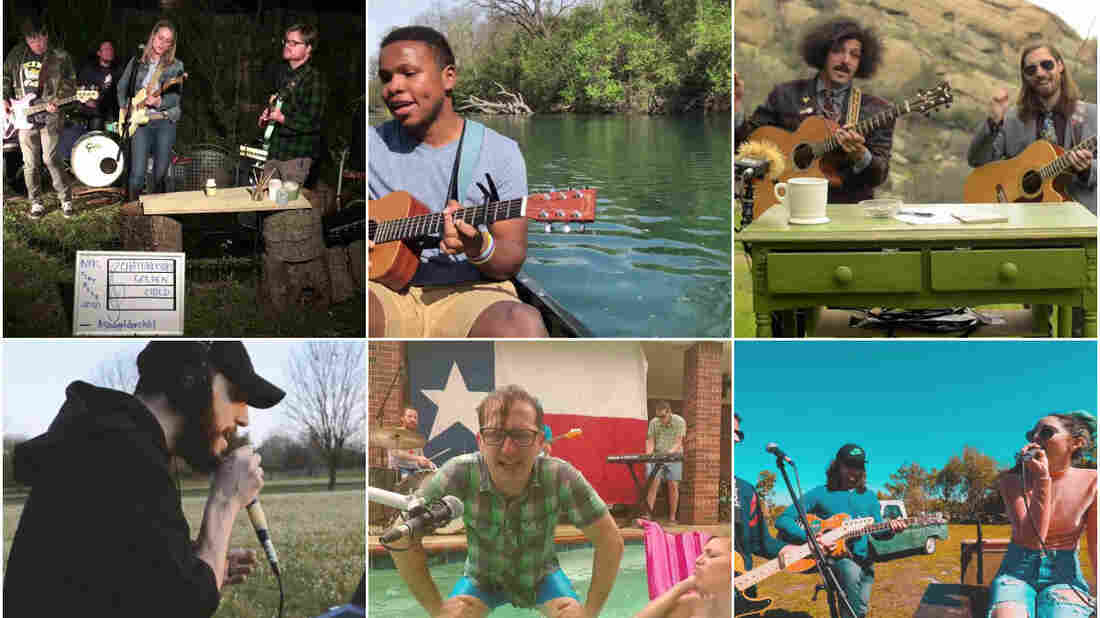 What's your favorite Desk In The Wild from this week's nominees? YouTube hide caption 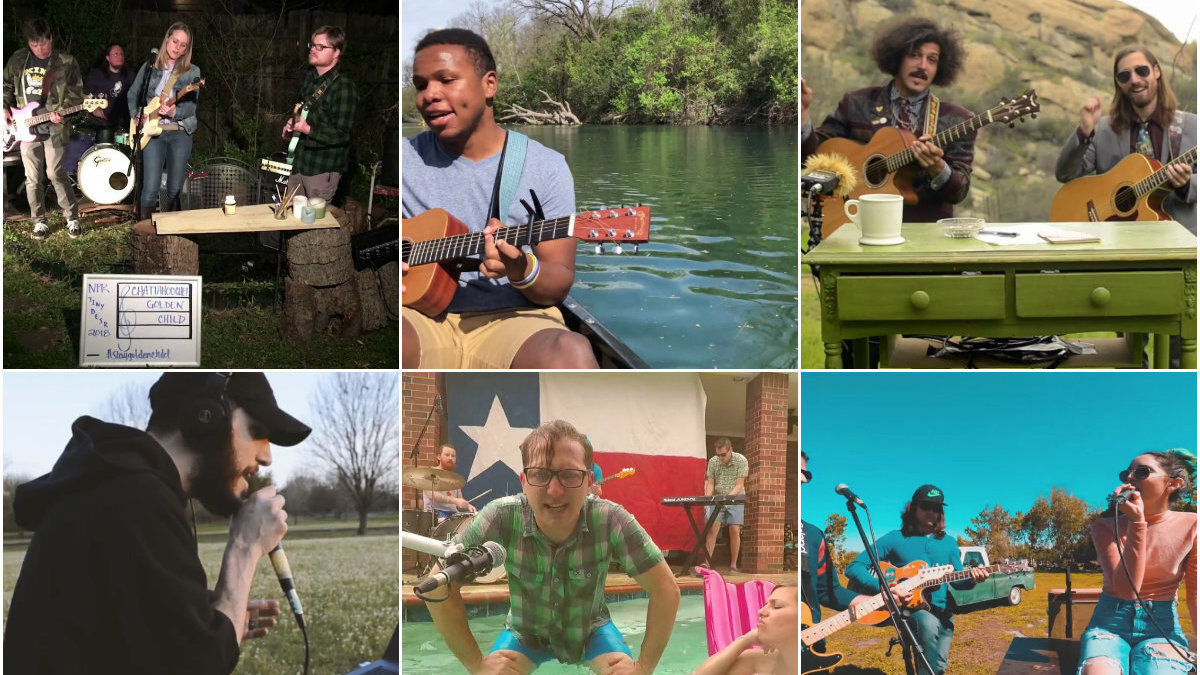 What's your favorite Desk In The Wild from this week's nominees?

Update: The results are in, and your pick for our first weekly fan-favorite vote is: Yardij!

The indie-rock band's sunshiney style and laid-back tune won your hearts and took home the title for this week's Desks In The Wild category. Congratulations to the band and to all our other nominees this week! You can still check out their videos below.

And to celebrate all the amazing places artists brought desks for this year's Contest, we also made a supercut of some of our favorite desks outside their natural habitats.

On Monday, we'll announce our next just-for-fun, fan-favorite vote. Remember: This is separate from the Tiny Desk Contest judging, so don't worry if you aren't selected for one of these votes or if you don't win. It's just another fun way to celebrate Tiny Desk Contest talent, share great videos and discover new music. Speaking of which: Don't forget about the entry browser on the Tiny Desk Contest site, where you can watch every eligible entry to this year's Contest.

Indie rock group Yardij filmed its entry video in the bright sun of south Florida. The group brought an old desk into an empty field to perform a stripped-down — but still high-energy — version of its song "Distance," led by the powerhouse vocals of singer Deja Elyze. We're just glad the group's performance didn't seem to bother the miniature horse who's grazing in the background.

Kanan Morelock, "Because of You"

Sometimes, a great song inspires you to get up and move. It seems like that was the case for Kanan Morelock's Tiny Desk Contest entry. Joined by guitarist Sam Palmer, Morelock sings a heartbreaker of a blues track from behind a green wooden desk. And neither he nor the desk stays still for very long. We're impressed with the amount of coordination it took to make this video; could it be your favorite of our nominees for this week's Desks In The Wild fan vote?

Houston-based rock band Swimwear Department says it mainly plays songs "about shopping malls and swimming pools." The group stayed delightfully on-brand for its Tiny Desk Contest entry by putting its requisite desk in a swimming pool. Singer Matt Graham even dives in halfway through the song while the rest of the band — Ned Gayle, Jack Gordon and Jeremy Grisbee — stay (mostly) dry on land.

Some styles of music lend themselves more easily than others to outdoor performances. Dragging an acoustic guitar outside to play a quick tune, for example, presents fewer logistical challenges than, say, assembling your horde of synthesizers and keyboards outdoors. But Skies Speak, the solo project of Jordan Vidrine, managed to do just that for his entry. Vidrine's video for "Water Into Gold," shot in rural Louisiana, shows him performing a moving electro-rock song in an open field, on a desk covered in electronic equipment.

Georgia's Chattahoochee Golden Child filmed its Tiny Desk Contest entry at night. The video starts with singer Lianne Christman welcoming us to Atlanta before the band launches into "Yeah Right." It's a its smoldering blues-rock song perfectly suited to being played by moonlight.

Joey Booker, "Bubblegum On My Shoe"

Texas songwriter Joey Booker says he "woke up with an idea to sing 'Bubblegum On My Shoe' in a canoe" — and that's just what he did. In his entry video, he plays a charming love song as his canoe floats downstream — all the while balancing a very tiny desk on his knee. Is this aquatic, romantic video your favorite Desks In The Wild nominee?