Accessibility links
Watch The Tiny Desk Contest Entries That Impressed Us This Week : All Songs Considered Browse every entry to the 2018 Tiny Desk Contest over on the Contest website and while you wait for a winner, check out some great entries we saw this week.

Watch The Tiny Desk Contest Entries That Impressed Us This Week

Watch The Tiny Desk Contest Entries That Impressed Us This Week 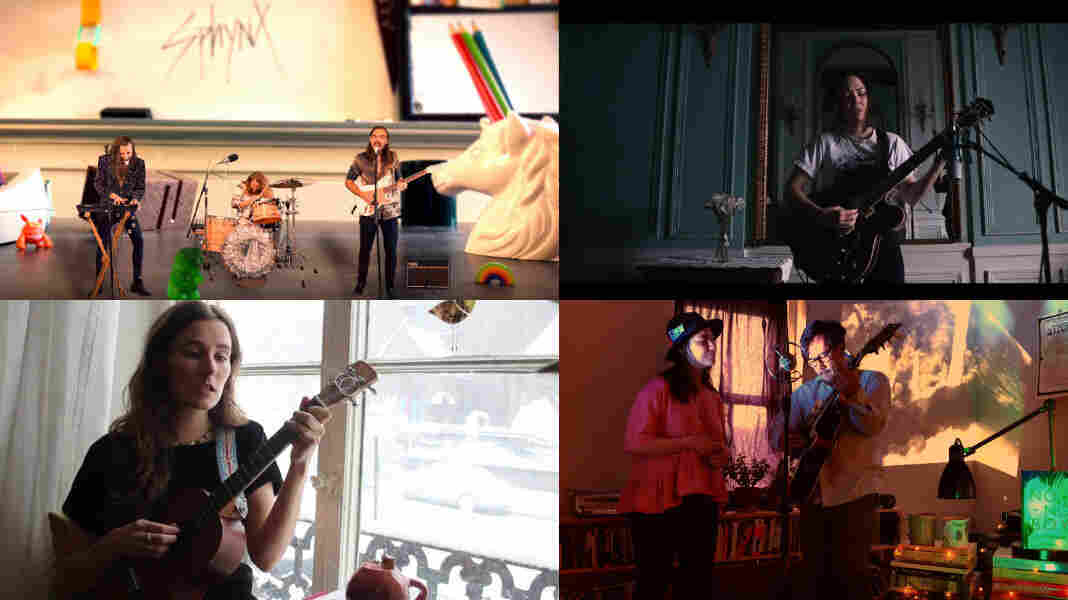 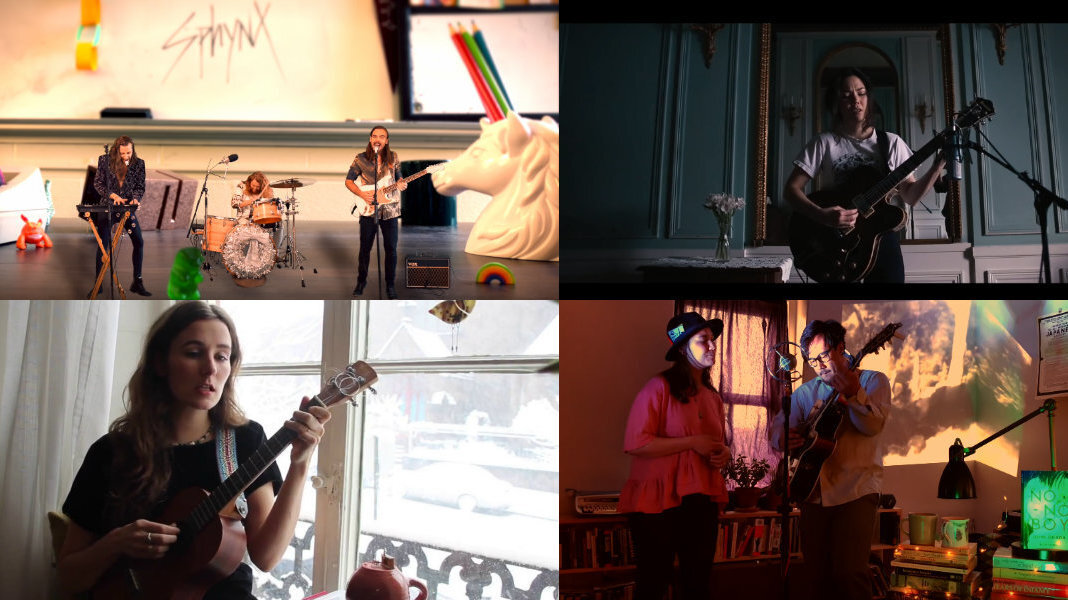 We found a few entries that impressed us this week, too. You can read about them below.

Nature Shots, "What is the word for when you are screaming and no one can hear"

Boston-based songwriter Michi Tassey makes delicate, atmospheric pop music under the moniker Nature Shots. (She also plays keyboard and a sings in the indie-jazz group People Like You.) Her powerful, expressive voice on Nature Shots tracks is reminiscent of early Hop Along, and she has cited The Antlers' brutally mournful Hospice as an inspiration for her album Foreclosure.

Her Tiny Desk Contest entry video, "What is the word for when you are screaming and no one can hear," is elegantly shot in dramatic lighting; Tassey sings a heartbreaking song about desperation, love and family. The performance is stunning and feels deeply intimate, like you're being gently invited into a public proclamation of a very private pain. — Marissa Lorusso

Perhaps the world's tiniest desk lives atop an overturned coffee mug beside a snowy Baltimore window in Rachel Varley's entry, "Little Liza." Her performance is just as delicate; her guitar plucking and sing-song lyrics are powerful in their softness.

"Oh Little Liza, sitting on your bed / Why don't you listen to what your mother said?" Varley sings. Both her folksy lilt and her story of obfuscated fairy tale characters feel Joanna Newsom-esque. Adventure isn't free, warns the mother; Liza, small and quiet, is "buried to her collarbones, drownin' in her dreams." She tries to get out of bed, to wash her hair. "But some days I can't try again / I hide away instead," she responds, maybe from under the coffee mug.

There is always something to be said for trying to pull yourself out of a dark place. Varley does a real good job of making a song about effort sound effortless. — Stefanie Fernández

The Fur Coats, "How I Feel For You"

Before I even hit play on The Fur Coat's entry, I was drawn in by the warmth of the gold light and red walls of the room where the band filmed its entry. A grooving tune followed suit, setting the foundation of a mellow yet infectious melody. But it was singer Chris Karl's falsetto voice – as well as the personality that shines through his performance – that made "How I Feel For You" stand out to me. The Portland-based band captures the unbridled yearning of new, lost and long-distance love — every kind of love in between. — Katie Anastas

Honey, I shrunk the slickest, grooviest men in the Tiny Desk Contest.

Sphynx is like Tame Impala if Kevin Parker grew up on a healthy diet of disco. Or maybe Tame Impala is just Sphynx if they had the budget for a killer light show? Either way, this video ticks a lot of boxes for me: the hair is long, the apparel is shiny, the V's are deep and the falsetto is plentiful. With a sprinkle of funk and a little of green screen magic, "Patterns" is an effortless, high-octane jam and delightful Contest entry. — Cyrena Touros

The Rose Monarch, "Breathe In"

April Rose Gabrielli, singer of Long Island-based band The Rose Monarch, delivers powerhouse vocals in this video. Against a backdrop of white walls and electric guitars, Gabrielli sings about getting chased in a dream and accepting the inevitability of death. Her vocal range will give you goosebumps throughout the song, underscoring the darkness and melancholy of the lyrics. "Breathe In" is slow, beautiful ballad that shines a spotlight on Gabrielli's vocals and makes it easy to imagine her lending her voice to louder, harder rock songs, too. — Katie Anastas

"Two Candles In The Dark" is a lovely, somber tribute to Aoyama's grandmother, who was detained after the enactment of Executive Order 9066.

The lyrics to "Candles" read like worn-out ink on postscript, depicting a series of vignettes about two young paramours swaying on a dirt floor, a tender act of joyful resistance. The fact that this story was constructed through extensive research make the song feel like an act of revisionist subversion, too. With each song, No-No Boy re-calibrates the stolid tradition of folk storytelling to include Asian American narratives that are too often brushed under the rug of World War II narratives. — Joshua Bote

I don't know if it's Kacey Musgraves' amazing new album that's got me on a country-crossover kick, but Angela Autumn's folk-country "Rascal" has been stuck in my head all week. Inspired to start songwriting by Bob Dylan's music, Autumn describes herself as "cowgirl folk and sad girl blues."

"Rascal" sounds like a snippets from a diary entry, filled with youthful metaphors and meditations on loneliness and the desire to love. I'm always interested in the instrumentation in these entries and I love how the accordion and guitar play off of each other in Autumn's video. — Pilar Fitzgerald