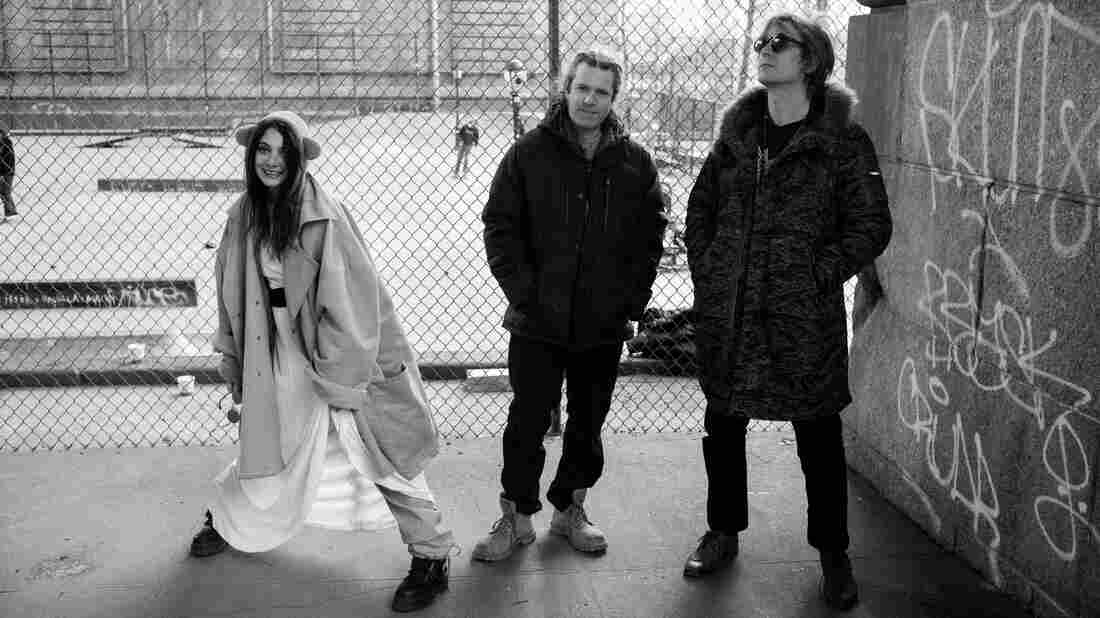 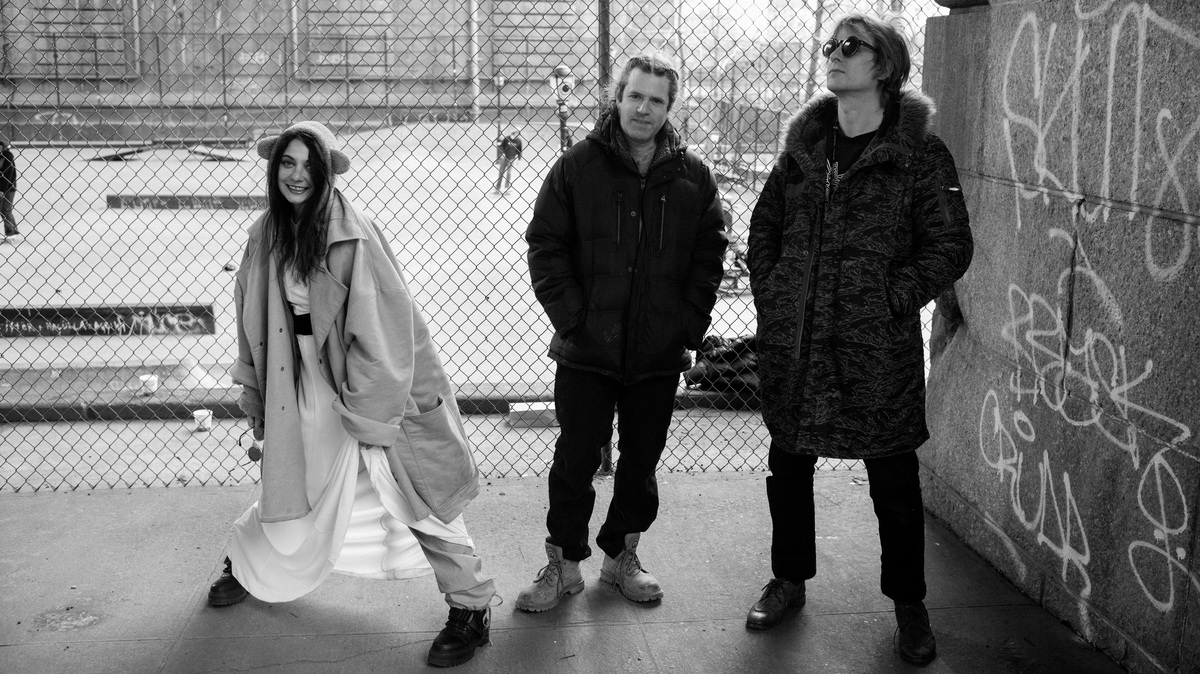 Ari Macropolis/Courtesy of the artist

Seven years past its last record, Gang Gang Dance is coming back from hiatus with Kazuashita, the new album produced by keyboardist Brian DeGraw. The first single, "Lotus," sounds like the chillest of screensavers look: pale blues and bright purples, dripping synths and echoing guitar over a bobbing trip-hop beat dubbed from a VHS tape. It's like Gang Gang Dance picked up where it left off, especially as Lizzi Bougatsos' voice winds through the track, elastic as ever, soon melting into blissful disarray.