Accessibility links
Watch This Week's Outstanding Entries From The Tiny Desk Contest : All Songs Considered Our judges are one week closer to picking this year's winner — in the meantime, check out the entries that stood out to us this week.

Watch This Week's Outstanding Entries From The Tiny Desk Contest

Watch This Week's Outstanding Entries From The Tiny Desk Contest 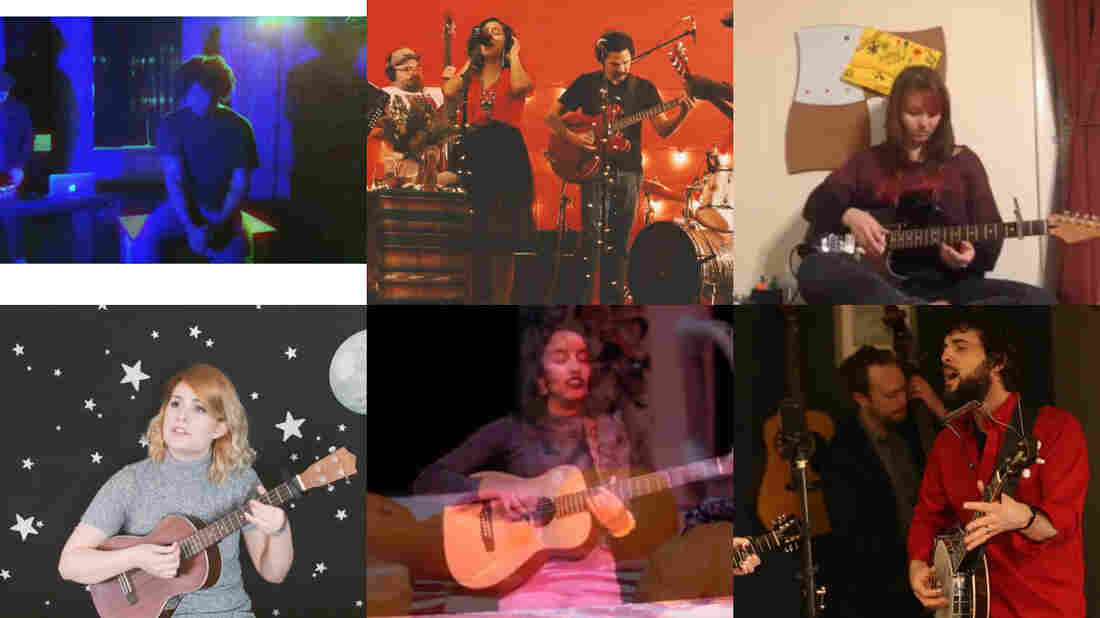 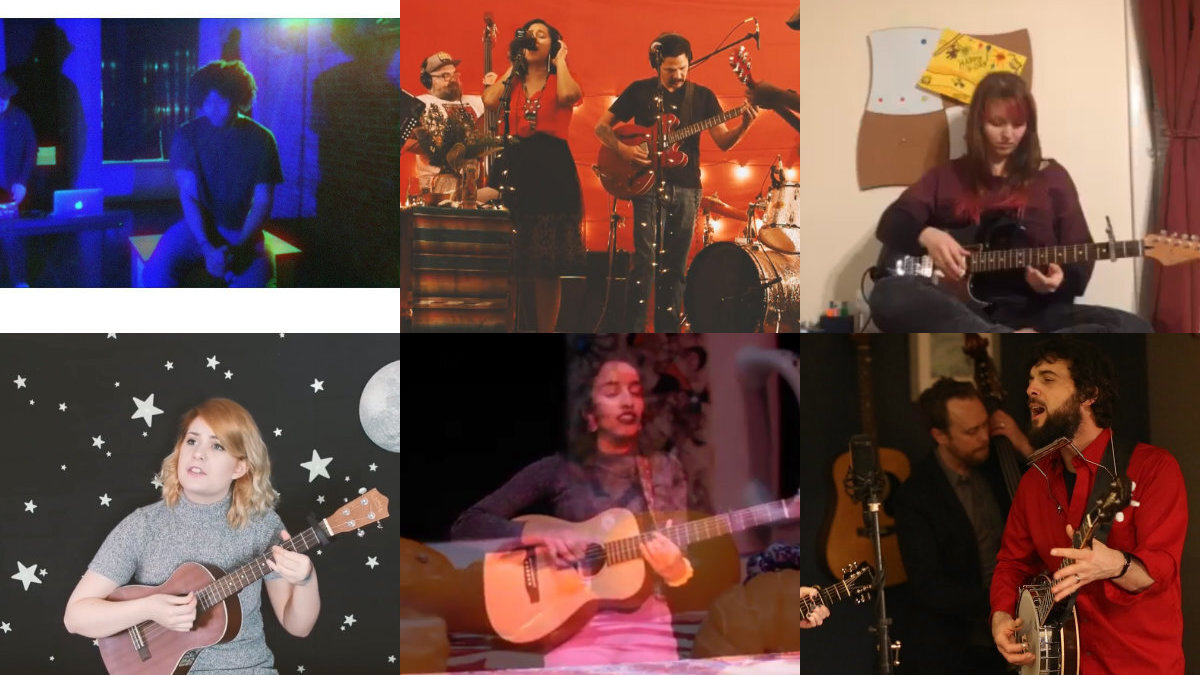 You can participate in our weekly fan favorite votes, where we gather up some entries around a fun theme and ask you, the fans, to pick your favorite. There's still time to take part in this week's vote: Desks of the Tiny Desk Contest!

And, as you might know, you can watch all of the eligible entries on the Contest website. The Tiny Desk Contest is all about music discovery, so we hope you take some time to browse through the videos and find someone new. Below are some outstanding entries we want to celebrate this week.

Kerrin Connolly, "It's A Conspiracy"

"It's A Conspiracy" begins as a melancholy, twinkling (get it? I love those glowstick stars) tune from the perspective of the lonesome moon, then quickly blossoms thanks to Kerrin Connolly's impressive multi-instrumentalist instincts. (Check out that tiny drum kit — now that's commitment to the theme.) Lyrically clever, "It's a Conspiracy" shades us earthlings for our materialistic ways while simultaneously pondering our moon's deepest insecurities: "Said it was the money / but maybe it's me," Connolly sings. The song slides into its surf-rock chorus with the same endorphin rush as any EDM bass drop: a surefire sign that the song is beautifully crafted pop.

Connolly is not a one-trick pony either: Her YouTube channel is full of inventive covers and sparkling originals. Better believe I smashed that subscribe button. — Cyrena Touros

If Florence + the Machine made folk music, it might sound a little like Stone & Snow. Led by vocalist Karen Bridges, the band — surrounded by candlelight in its Tiny Desk Contest entry — illustrates a seemingly simple plea to a lover with vivid, dark imagery.

Bridges' voice shines throughout the song, but really shows its emotional power in the bridge. Twinkling piano keys serve as a backdrop as Bridges sings, "Everyone is in love with the sun / As it falls and ignites the sky / Oh, but give my twilight / The outline of starlight / I'd rather be blue tonight."

On its face, Stone & Snow's entry may sound like typical folk music with a banjo and a harmonica and a guitar. But the lyrics paint a darker, almost mythological picture about loss, the kind that makes you feel like "the Earth is gonna open up and swallow you whole." — Katie Anastas

Nashville singer-songwriter Kelly Hoppenjans is weary of giving out her heart wholesale. "Band-Aid Girl," her Tiny Desk Contest entry, is an exhausted, exquisitely solitary dirge about settling into a romance that doesn't quite work with a partner who isn't quite emotionally available. The torch in Hoppenjans' heart is reduced to a mere wisp, and she conveys its final embers with her lovely, plaintive alto.

"You collapse into my arms, and we sway so easily still," she swoons in time to a wayward, almost waltzing guitar line. "So it's kinda like we're dancing."

With a dejected coo, she confides in us that she is, as the title suggests, a mere "Band-Aid girl." Her love may never be enough, but for right now, this gorgeous tune will suffice. — Joshua Bote

Anju Madhok builds an altar to lost love and the creative spirit that takes its place in her entry, "Invocation." On her altar, she's placed an open journal, wooden elephants and an orange rind. "Oh, ghost of my imaginary lovers, help me get it right this time," Anju sings. She holds her guitar like a young Joan Baez, singing the celebration and lament of a young woman burdened by her own visibility: "In in the crinkle of a wave-begotten book / as I dove inside its careful paper edges / I remembered how I looked." With her delicate lyrics and open books, she wraps herself in the safety of a personal spirituality. — Stefanie Fernández

Anthony Lucius' entry, "Facts," sounds like a soliloquy and looks like a tunnel into his mind. Born and raised in St. Louis, Mo., Lucius's video shows him processing the history and oppression of African-American people in our country and his place in said history. His lyrics emerge like a stream of consciousness, mixing rhythms, lengths and placements of words in each phrase. Videographer Louis Quatorze created a stunning visual for the song: The coloration, shadows and quick cuts all play a role in setting the video's mood. Throughout his three-minute video, Lucius doesn't claim to have any answers: just the facts. — Pilar Fitzgerald

"They call me la viuda," sing Austin's Cecilia + the Broken Hearts in the group's Contest entry: "the widow."

"When my soul was tied behind my back I walked through the desert," the band sings. With its accordion riff and lyrics that tell of "lagrimas negras" and sad-eyed women, "La Viuda" has an old soul that conjures visions of La Llorona and other Latin American myths, and infuses it with the urgency of contemporary Mexican alt-rock. "I consumed all she gave me / I asked her to save me," the band sings of la viuda, a shadow self. "My soul was back in the desert behind me." — Stefanie Fernández