Accessibility links
Beyoncé Marks Her Homecoming With Headlining Coachella Performance : All Songs Considered With a brigade of over 100 dancers and guest appearances from Destiny's Child, Jay-Z and Solange, Queen Bey kept her headlining Coachella set all in the family — and set the tone for her return. 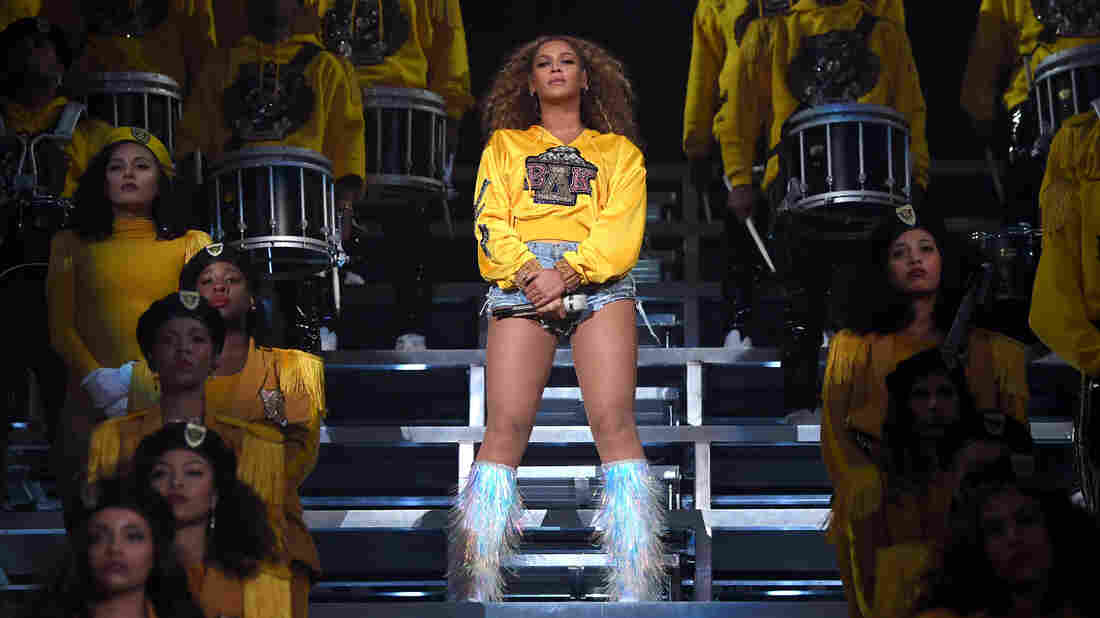 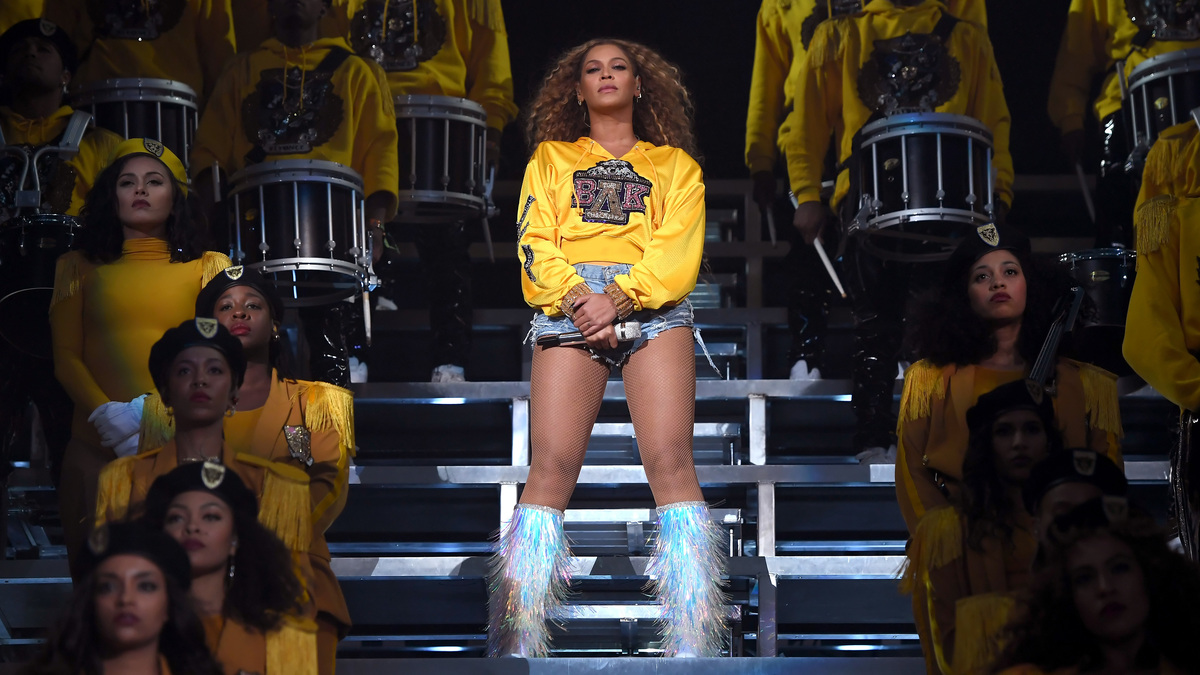 A year after postponing her headlining set in 2017 due to pregnancy, Beyoncé treated her return to the stage like a family reunion, homecoming pep rally and a Beyhive-unifying rebel yell before heading into battle.

To start off her two-hour show, Queen Bey evoked the spirit of another member of black royalty, Egyptian Queen Nefertiti, appearing in a custom Balmain gold-crusted cape and headdress.

While a dance brass band and drum line drew the audience's eye and ear, Bey made a quick change into denim shorts, a college-crested hoodie and iridescent fringe boots. She ran through two decades of her hits while ascending a pyramid of bleachers, employed color guard dancers and baton twirlers who moved in precision to every note, and even had a pseudo-college step show reminiscent of a historically black fraternity performance.

More than an hour into the show, Bey inexplicably caught her second wind (without ever really losing her first one) by ushering her husband, rapper Jay-Z, onstage for a preview of the couple's upcoming summer tour On The Run II.

She kept the family love flowing by inviting her former Destiny's Child members — "my sisters" — Kelly Rowland and Michelle Williams onstage for a medley of their early aughts hits like "Lose My Breath." And Solange's cameo appearance for a "Get Me Bodied" tick fight with Bey set a new standard for sibling goals.

On The Run Again, With More Baggage

As the first black woman to headline Coachella in the fest's 19-year history, Bey also took the opportunity to pay homage to black leaders and visionaries who've inspired her own artistry.

Music and speech clips from Nina Simone, Maya Angelou and Malcolm X worked as audible dog-ears for switching performance paths, while conscious hip-hop fans in the crowd welcomed dance breakdowns to songs by Southern rap legends like Master P, Pastor Troy, Fast Life Yungstaz. A cover of James Weldon Johnson's "Lift Every Voice and Sing" — a song affectionately referred to as the "Black National Anthem" — made an unapologetic statement of strength and resilience.

With this highly conceptual headlining performance marking the star's reintroduction to the world after having twins, Beyoncé not only raised the bar for herself but for every other festival artist this year.