Accessibility links
Jim James Decries Media Distortion In Society With New Song, Album : All Songs Considered The new solo album from My Morning Jacket's frontman was inspired, in part, by the explosion of information people are expected to consume, which, he says, leaves "more and more of us feeling lost." 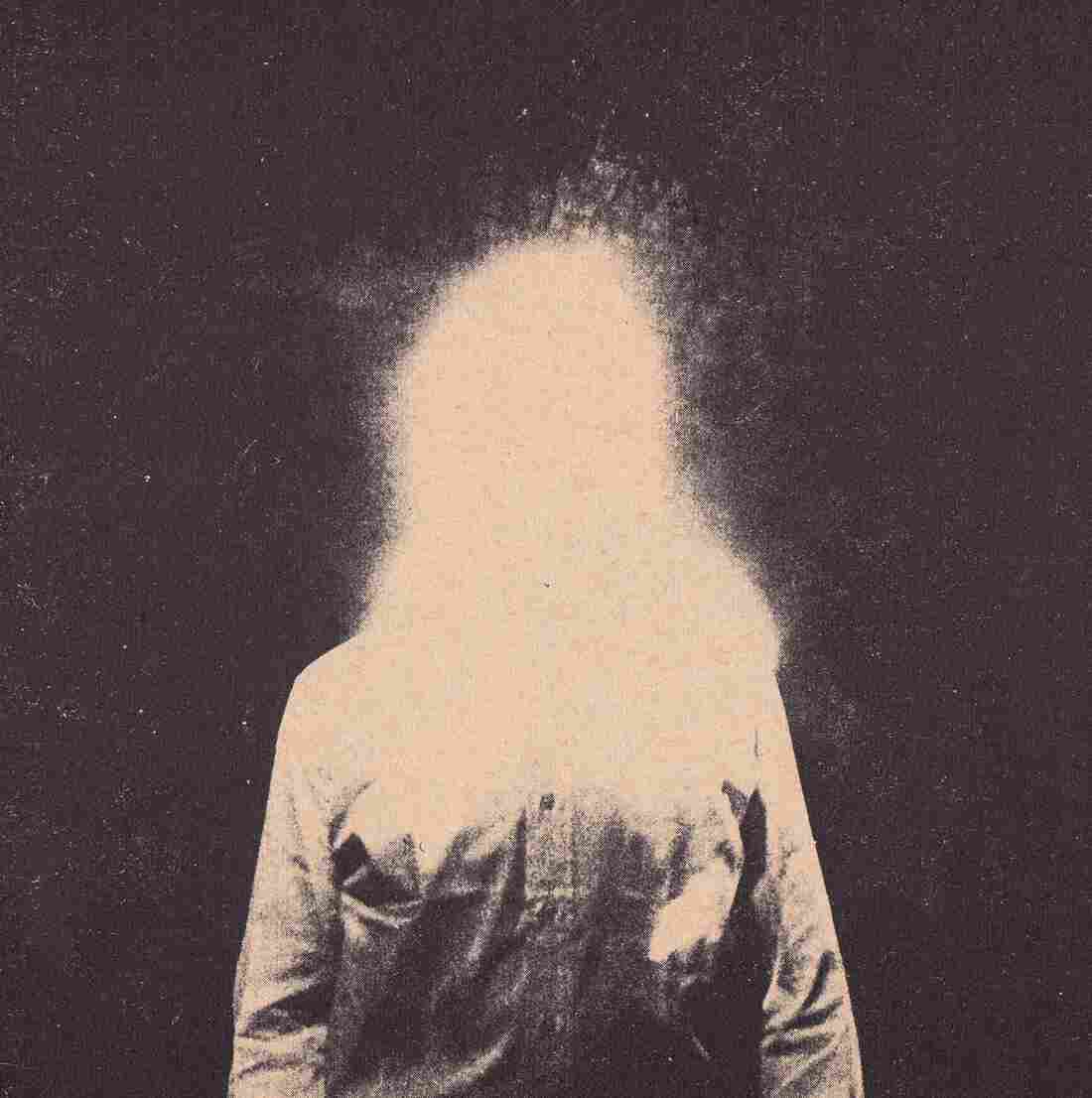 This photo from Duane Michals originally appeared in The Last Whole Earth Catalog in 1971. It's now the album cover to Uniform Distortion, the new album from Jim James Duane Michals/Courtesy of the Artist hide caption

With My Morning Jacket on hiatus, frontman Jim James has moved away from his bedroom solo albums and assembled something more reminiscent of a great, '70s rock band. Uniform Distortion is his latest solo adventure and "Just a Fool" is the cowbell-rocking song we have for you today.

The philosophy and thought that went into making this record was inspired by Jim James' utter fascination with The Last Whole Earth Catalog. If you don't know the publication, suffice it to say that it was a bible for many of us hippie kids bent on a mission to make the planet a better place some 40 and 50 years ago. It was like the Internet for ecology in magazine form. The catalog included a particular image that captured Jim James' imagination – a photograph titled the "Illuminated Man" by Duane Michals.

Jim James wanted to use this image for his album and wrote to Duane Michals for permission. After being turned down, James doubled down his efforts and wrote the following letter to Michals, which convinced him to allow James to use the photo. The text is as James wrote it, so the grammar and punctuation are his own. I think it is a window into his philosophical take on life and how it expresses itself in music.

hello duane- your piece "the illuminated man" was used in "the last whole earth catalogue" in 1971. i wasnt even born yet. i was born in 1978...but i found my copy of "the last whole earth catalogue" about 6 months ago in a thrift store and it blew my mind. i have been feeling increasingly overwhelmed by the speed of technology and its place in our lives and here was this beautiful book/catalogue from the past showing me me all these beautiful things and amazing images to help one learn different ways to look at the world... or "get off the grid?" funny they had no idea back then just how crazy "the grid" would get. or did they?

so i am trying to put down my phone... use the computer and social media less... and just focus on real life and the people i love and my art. of course i am not fully "off the grid" because i am sending you this email in hopes of you changing your mind about letting me use your image as it appeared in "the last whole earth catalogue" in 1971 because when i saw it on the page there it spoke to me so deeply of how my head feels like it is exploding with the amount of information we are forced to consume on a daily basis and how that information is so DISTORTED there is almost no longer any tangible truth. the name of my new record is "UNIFORM DISTORTION" because i feel like there is this blanket distortion on society/media and the way we gather our "news" and important information...and more and more of us are feeling lost and looking for new ways out of this distortion and back to the truth...and finding hope in places like the desert where i write this email to you now...finding hope in the land and in the water and in old books offering new ideas and most importantly in each other and love.

i feel like there was a reason i found "the last whole earth catalogue" and there was a reason your art spoke to me... and i really think it would speak to others who would see it exploding out at them illuminating from the record store shelf or the glow of their phone or computer screen and feel its organic mind blowing distortion connect with this new music.

i also like the natural "distortion" that time and the pulp of the paper meeting the ink from "the last whole earth catalogue" add to your original image and that is why i am asking your permission to use this "distorted" version of your original beautiful image.

i hope you are well and thanks for listening-

Uniform Distortion by Jim James is out June 29 on ATO Records.