Accessibility links
Even More Tiny Desk Contest Entries We Love : All Songs Considered We're almost ready to announce the 2018 Tiny Desk Contest winner. Here are a few entries we wanted to highlight this week in the meantime. 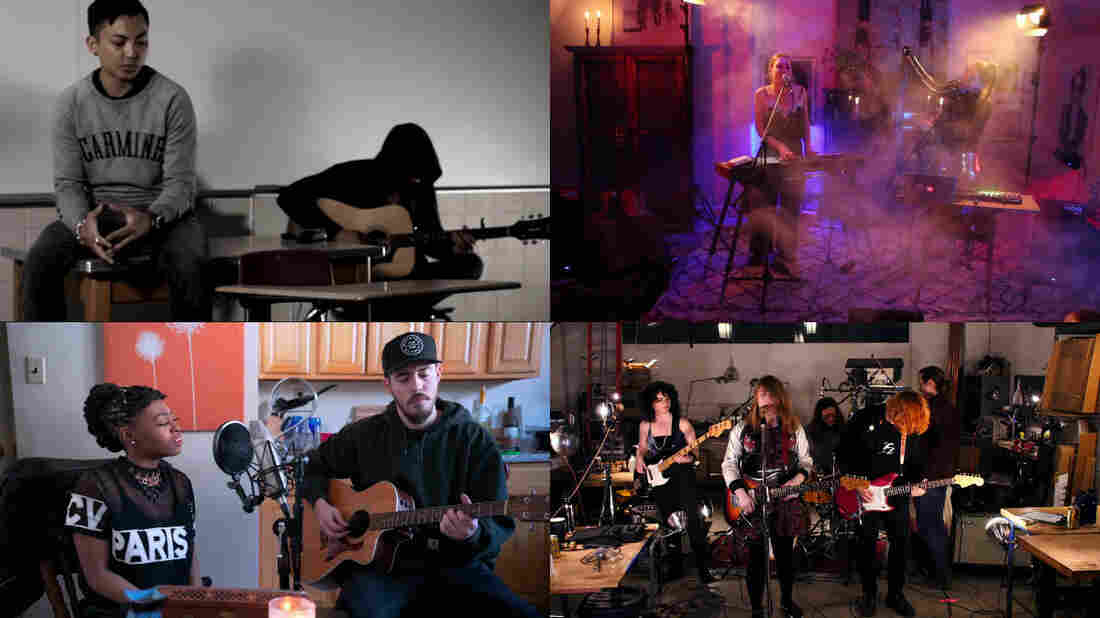 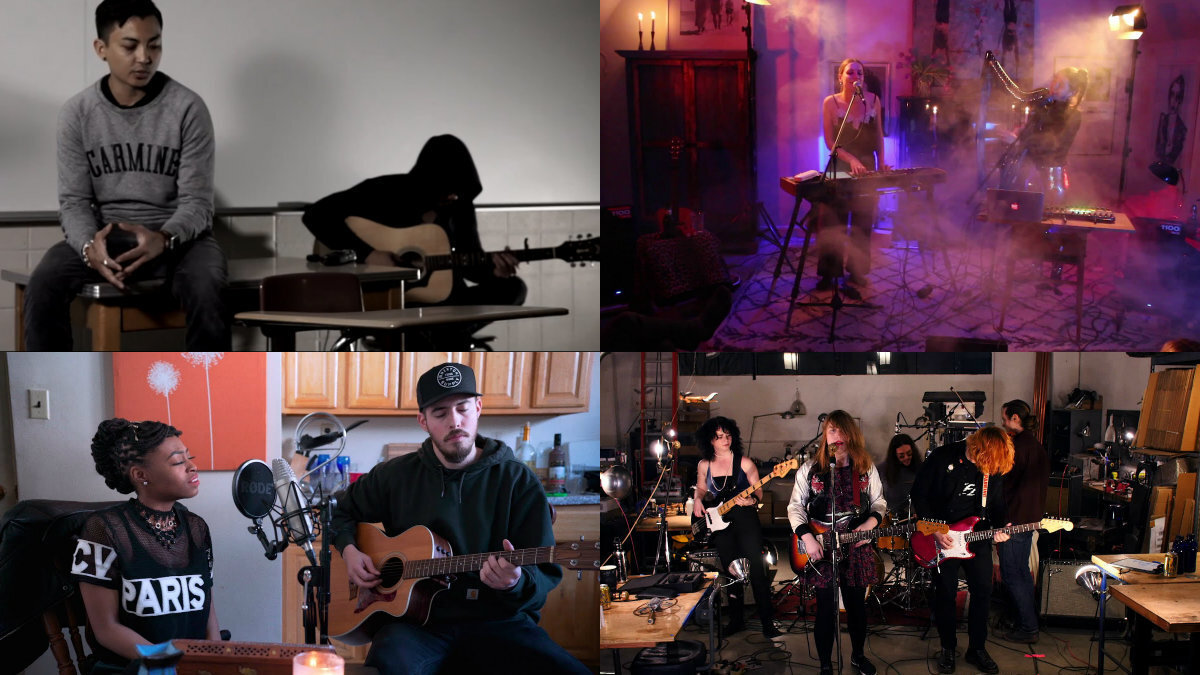 Next week, the judges will crown this year's Tiny Desk Contest winner. So much talent and creativity has led up to this moment — you can see for yourself on the Tiny Desk Contest website, where you can watch all the entries. We're so grateful for the music and stories this Contest allows us to discover. Below are some entries we wanted to highlight this week.

Vote: Who's A Good Boy? Favorite Dogs Of The 2018 Tiny Desk Contest

There's still time to participate in our final just-fur-fun fan favorite vote: Pups of the Tiny Desk Contest! The hardest part for us was choosing only six cute canines to feature in the vote. But now it's up to you, the fans, to pick your favorite of those puppers — then head on over to our Tiny Desk Contest website to vote. Voting closes Friday, April 20 at 10 a.m. EST!

The Variants, "Big Nothing"

The first time I watched The Variants' entry, I thought the band deserved some special awards: most Pacific Northwest entry and most fun being had by a band. As a self-described "Queer Frontier Rock band from the crowded, rainy valley of Portland," The Variants deliver the dark sound associated with the land of gray skies. In its entry video, band members wave flashes of red and brown hair as they jump and dance along to "Big Nothing," staying in sync even in the song's most high-energy moments.

As punk rock often does, the song expresses anger about the people who "tell me what I can't do" and the feeling of being stuck in a place that doesn't want you around. The controlled chaos, addictive melody and, as one YouTube comment puts it, "$ick violin" make "Big Nothing" stand out. — Katie Anastas

The Asia Project, "Desks Are Not Bulletproof"

"In an effort to bring more awareness to gun violence, we decided to write a poem dedicated to all the students and their families who fell victim to mass shootings throughout the country," Asia Samson writes in the YouTube description for this entry. Samson is the primary voice of Fort Lauderdale, Fla. poetry duo The Asia Project. He and his brother-in-law, guitarist Jollan Aurelio, are based in the same county as Parkland, where 17 students and adults died during a mass shooting at Marjory Stoneman Douglas High School.

Samson has taught in schools before. During the intro to "Desks Are Not Bulletproof," he explains how he often started creative writing workshops by asking students to imagine all possible uses of a desk. He says he didn't expect "barricade" as an answer. Samson's spoken word is spun with riddles and wordplay, giving a darker shade to the childhood imagery of an object usually associated with growth and learning.

Samson's song wants to bring the media discussion around school shootings back to the students affected by them. "A news channel will say it's a mental health issue / Another will say it's gun control / But not once have we made ourselves the center of those headlines / Replaced the officers' names with our own," Samson says, perhaps alluding to the Stoneman Douglas students who have since spearheaded the #NeverAgain movement.

In his Tiny Desk Contest entry, Mato Wayuhi — who describes himself as an "Indian with an education" in his song — uses his voice for so much more than himself. Wayuhi's entry "Wildberry Poptart," backed by the band Treehorse, is a self-reflective call to action. In the first section of the song, the South Dakota musician sets an expectation for himself: one of greatness built on the significance of his Native American identity. In the lyrics, he not only craves representation but makes it his responsibility, a promise to his people to "never assimilate." In the second half of the song, led by a dream-like jazz interlude, Wayuhi proves his faith in his own potential. The song is a critique of the traditional American dream, direct from the mouth of the oppressed; Wayuhi yearns to control his own destiny but cannot leave behind the painful history that precedes him. — Pilar Fitzgerald

In "#PWER," Samira Gibson is loyal to herself. Suggesting that power comes from one's ability to march to one's own drum, Gibson uses "#PWER" to not only declare her worth, but to urge others to see their own worth and power.

In her song, Gibson is critical of emotional speech that lacks clarity or solutions. Her message is one of self-empowerment and accountability: "Nobody could work hard for me / Nobody could see what I see / for me," she sings. Her performance is passionate and precise; her flow is technical and her voice is exceptional. Adding to the unique nature of the song, Corey Sanchez's short and and powerful guitar strums give a theatrical vibe to the powerful R&B song. Gibson concludes by saying, "Speaking to my people: / Stay woke," suggesting that "#PWER" isn't just about Gibson, but a greater movement. — Jay Reed

I replayed the first two bars of "Better This Way" on loop for probably 30 minutes. At various points, it reminded me of Seal's "Kiss From A Rose," reminded a friend of one of this Atlanta group's biggest hits and even had me revisiting *NSYNC's heyday. Maybe that's the song's magic: It's an innovative performance with '90s R&B influence so impeccable it feels like you've already sung along with the melody a thousand times. Tatyana improves on the formula, too, mixing her signature harp with crisp, du jour electronic production. — Cyrena Touros