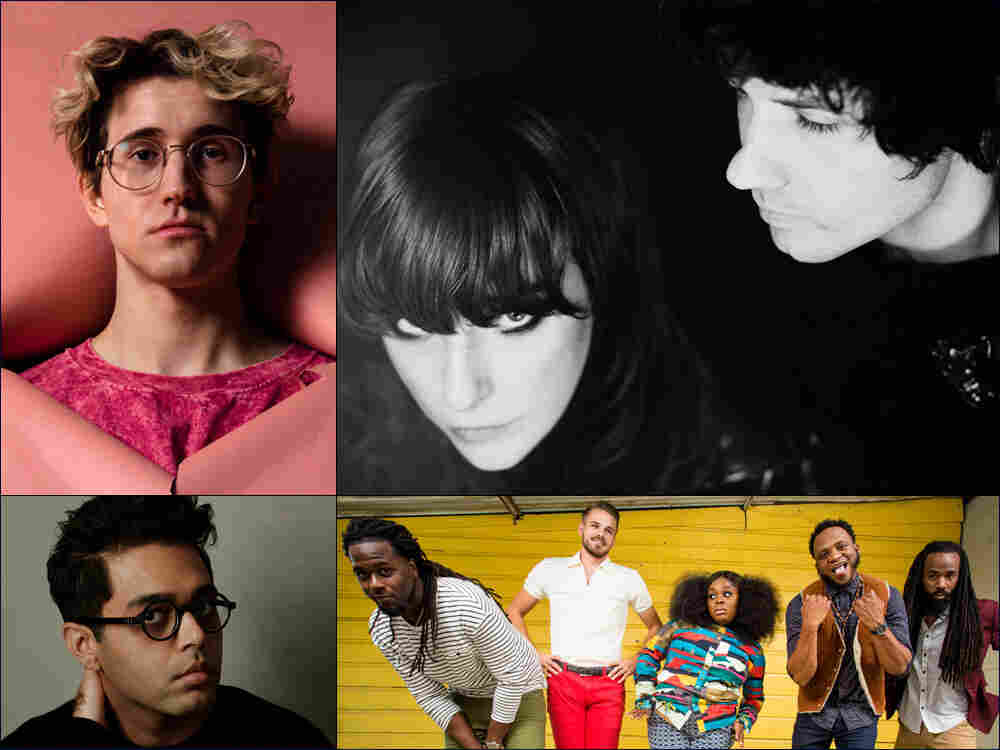 We open this week's show with a look at our 2018 Tiny Desk Contest winner, Naia Izumi. He's an artist based out of Los Angeles with a phenomenal voice and breathtaking technique on guitar. Naia is also incredibly charming with a profoundly moving personal story about how he came to music and what it has meant to him over the years. You can read more about him and watch his winning video here.

Also on this week's show: Last year's Tiny Desk Contest winner, Tank And The Bangas, has just released the band's first new music since signing with Verve Forecast; another phenomenal guitarist, Rafiq Bhatia of the band Son Lux, has a mind-bending new solo album called Breaking English; the Arkansas native and rock guitarist who goes by the name Welles has powerful new elegy to lost youth called "Seventeen," from his upcoming full-length debut Red Trees And White Trashes; guitarist and singer Stevie Wolf infuses his bluesy electro-rock with humor and heart, and the dream-pop group Beach House turns up the volume for its latest single, "Dark Spring." 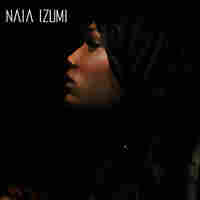 Naia Izumi's winning video for this year's Tiny Desk Contest was selected out of nearly 5,000 entries. After telling him how moved we were by his performance – and that he'd won the contest – we learned about Naia's troubled relationship with his father, how he had to hide his love of music from his family and how his mother eventually helped nurture his secret passion for the guitar. His winning song originally appeared on his self-titled album, released in 2016. 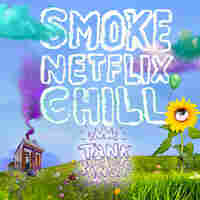 Tank And The Bangas

We've been eagerly awaiting new music from Tank And The Bangas since the New Orleans band won last year's Tiny Desk Contest. They've just dropped their first single since signing to Verve Forecast. It's a comical and heartfelt ode to kicking back with the ones you love called "Smoke.Netflix.Chill." No word yet on a new full-length album from the band. 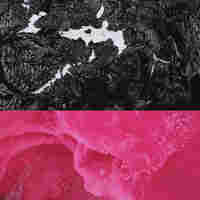 Son Lux guitarist Rafiq Bhatia is an incredibly gifted artist who, on his latest solo album, blows up all expectations about what can be done with the instrument and how it should sound. The result is a globe-spanning mix of twisted rock, warped jazz and electronics. This track from Breaking English includes the stirring, South Indian Carnatic violin of Anjna Swaminathan. 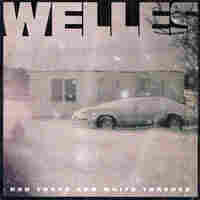 Welles is the musical project of Jesse Wells, a rock guitarist and singer originally from Arkansas. He wrote this song after rethinking his ideas about manhood and sexuality. "A good friend of mine had just come out as trans," he told us via email, "and it had really left an impression on me. I came from a small town with a pretty narrow take on gender and the roles therein. I was also 19, just old enough to not fit with high schoolers and just young enough to be completely uncool anywhere else. I was just realizing this at the time." Red Trees And White Trashes is out June 15 on 300 Entertainment. 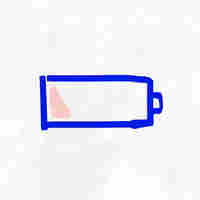 Stevie Wolf's sense of humor comes through in a Power-Point-like presentation on his web site where he cites Tourettes, anxiety, and depression among his defining qualities. His new single, "Yves Klein Blue," is a soulful, polyrhythmic track that compares love and attraction to the brilliant blues of French painter Yves Klein. 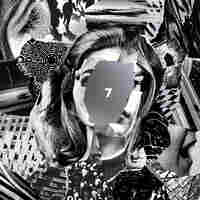 Victoria Legrand and Alex Scally, the duo known as Beach House, say they wanted to "rethink old methods and shed some self-imposed limitations" for their latest full-length album, 7. The result is a louder, more propulsive sound driven by their obsession with the ways opposing forces can lead to something uplifting: "the beauty that arises in dealing with darkness; the empathy and love that grows from collective trauma; the place one reaches when they accept rather than deny." 7 is out June 15 on Sub Pop.