Accessibility links
Jon Hopkins Enters The 'Singularity,' Track By Track : All Songs Considered Singularity plays out like a night's wordless narrator, so it seemed fitting to let Jon Hopkins walk us through it, moment by moment, in his own words. 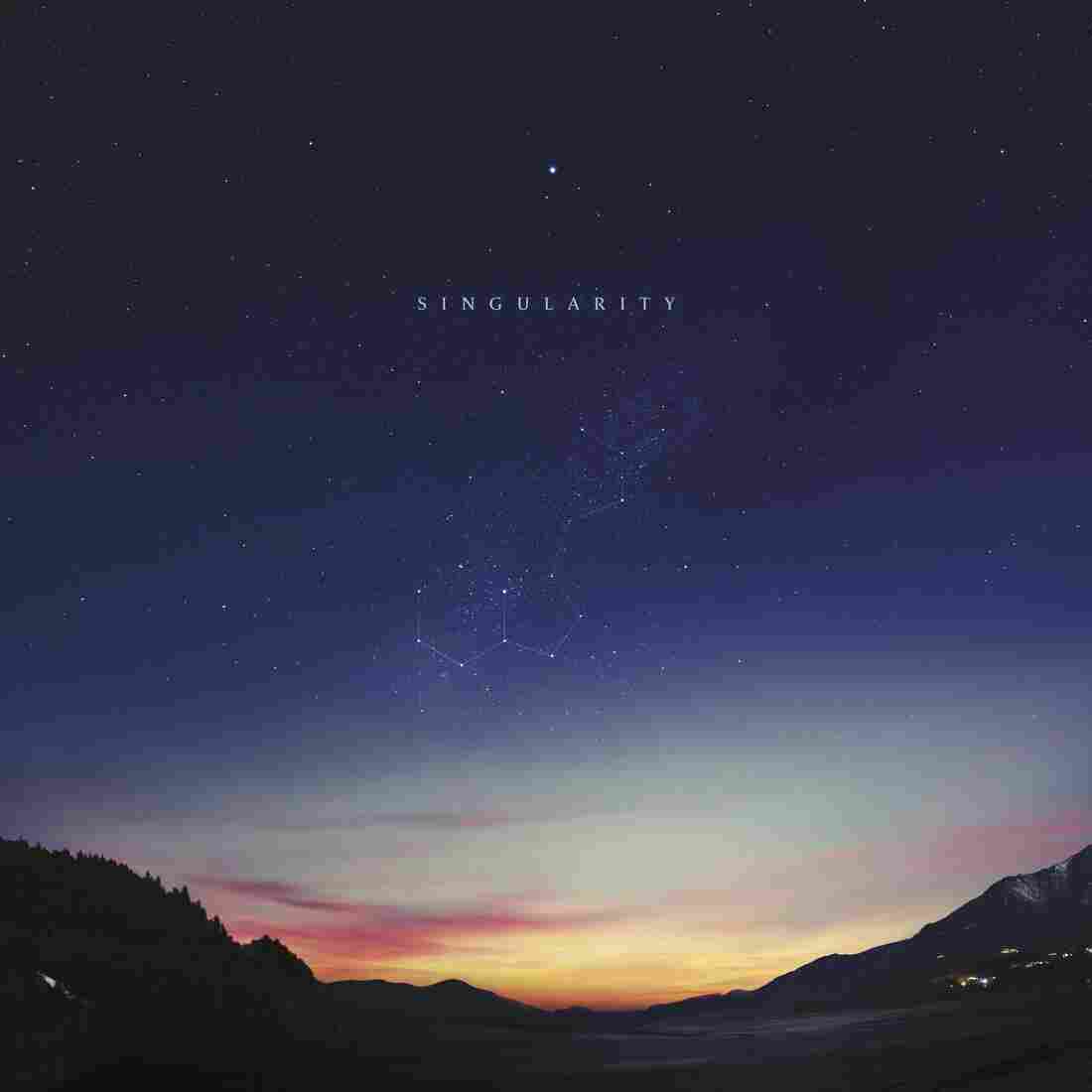 "Any ultimate sense of peace or belonging can only ever come from the natural world," Jon Hopkins says of Singularity's overarching theme. hide caption

Producer Jon Hopkins knows how to fill a dance floor with techno that throbs insistently. But he's also got a tremendous gift for the comedown; for warm, ambient baths of sound that slow the blood and settle the mind. He's worked with everyone from Brian Eno to Coldplay, and his recordings with singer-songwriter King Creosote spawned 2011's sublime, wonderfully transporting Diamond Mine.

Hopkins' fifth solo album, Singularity, maps nicely over a night of celebration, from the revved-up revelry of its first half to the gentle, blissed-out calm of the album-closing "Recovery." Singularity plays out like a night's wordless narrator, so it seemed fitting to let Hopkins walk us through it, moment by moment, in his own words.

The album begins with a drone: the one note from which everything grows. The foreboding sub bass in the intro is a recording of thunder, tuned to four octaves beneath the drone. Then follows the central arpeggio riff — maybe this embodies the marching, destructive progress of technology.

There is small hope concealed in the melodic lines that intertwine and flow around the drone, but this is a momentary euphoria. Fleeting hope is destroyed with brutal efficiency in the machine-like concluding section. We are left in tatters by the distorted burst at the end. I wanted this to be a confrontational, even shocking, beginning to the album.

A glittering new soundscape offers an immediate antithesis to the industrial, grinding destruction of before — waterfalls of polyrhythmic arpeggios with pure drops of piano, like rain. This again is destroyed and replaced by a broken, propulsive chordal riff that only starts to make sense when it modulates and morphs upwards. Slowly, persistently, we are uplifted and a cosmic, hypnotic beauty emerges.

The reversed vocals gently wrap themselves around the chords — this human element feels as if it is leading us to safety. All of this culminates in a defiant and cathartic beats section.

Everything morphs in this one; everything is alive. The opening chordal pad is gradually, rhythmically eroded into smaller and smaller sections, before soon becoming a disorientating rhythm that twists and unfolds, but feels impenetrable. When a bass drum appears in the middle of it, this broken rhythm suddenly makes sense. 5/4 and 4/4 time signatures operate simultaneously. In a way, this is my interpretation of "trance," but with nothing staying static or looping and an element of mystery pervading. We move between all chords at irregular intervals: everything constantly in flux.

Towards the end, a more cosmic element is introduced by the appearance of singing bowls and blossom bells. I wanted to capture a contrast between such heavily processed electronic sounds and the vibrating purity of these acoustic bells. I was aiming for a propulsive, euphoric power in the end section, yet with a complexity that keeps everything more guarded, holding something back for the next song. 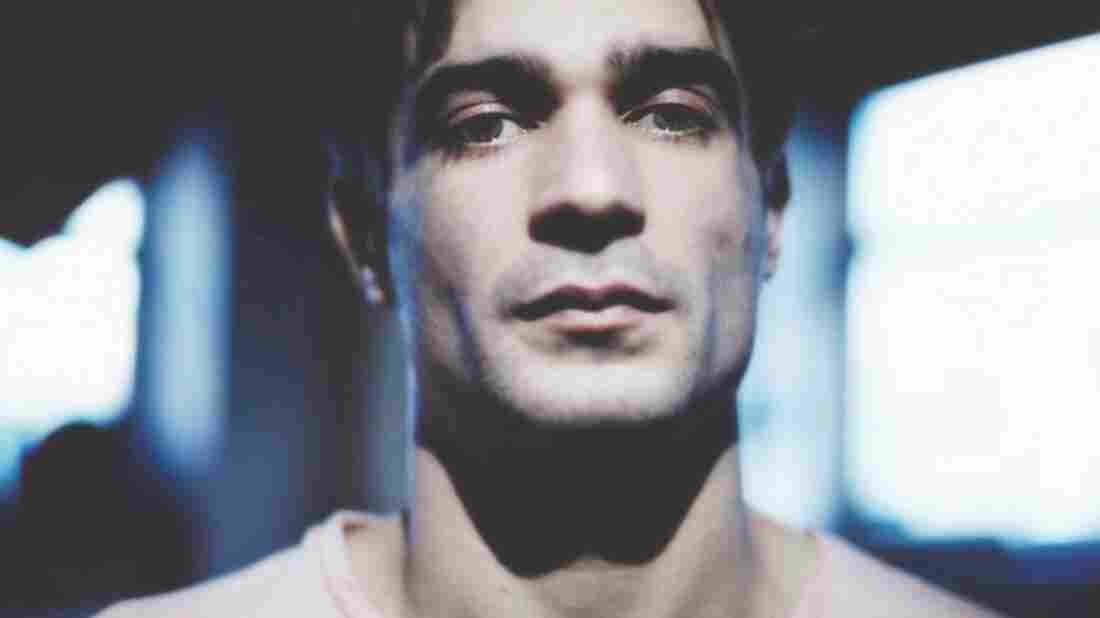 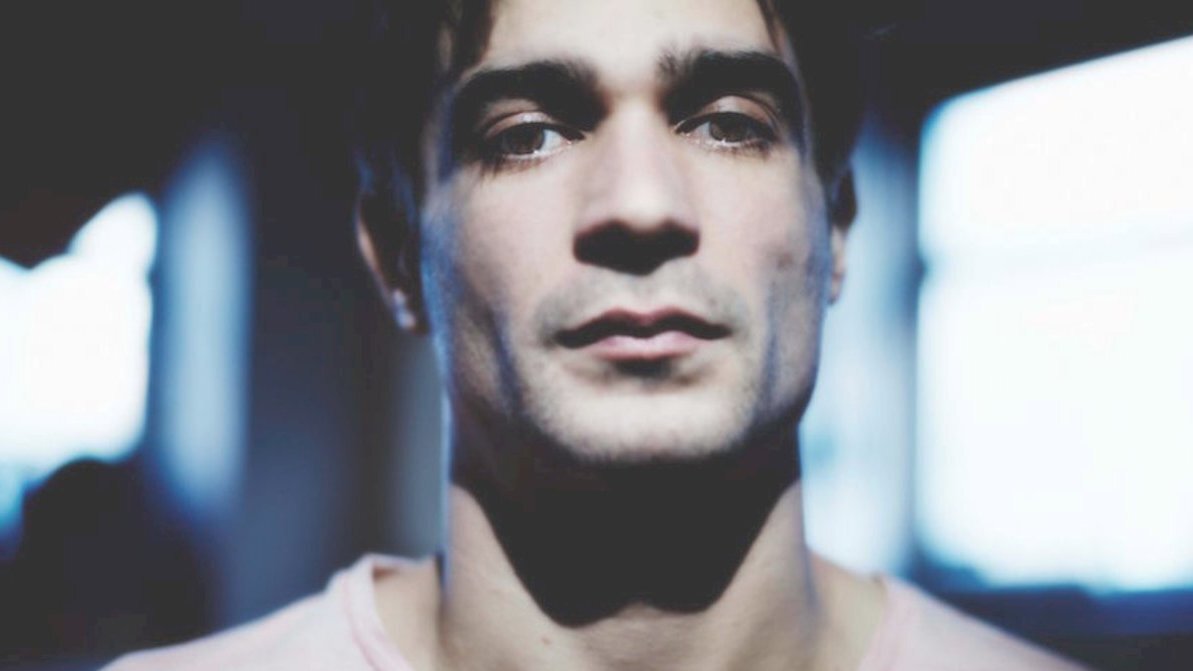 The complexity and irregularity of the last track is followed by the most blunt, joyful and unashamed "dance music" on the album. We build to a distorted melodic climax — huge, almost post-rock-esque — before crashing back into a heavy MS20 riff section, something I wanted to be briefly reminiscent of my last album Immunity. But here I am less interested in hypnotic repetition than the idea of an unfolding narrative, of progress. This is the energetic peak of the record.

I started writing "Everything Connected" in 2010 (under the working title "Halo") and it has been through many, many iterations. I have been playing it in live and DJ sets for the past few years now — forever tweaking and then testing in front of audiences and responding to the reaction.

The destructive beats section at the end introduces the one note of uncertainty in an otherwise balls-out positive track. This single, hanging note is the only constancy as the rest of the track seems to disappear into the next room. It is the bridge between the two halves of the album: the rhythmic and the meditative.

There is now only the faintest trace of that single note, but it remains and becomes the foundation of the second half of the album. String harmonics gently flicker around it while the pounding drums fade into distant memory.

The first pure piano melody of the album enters, recorded on an old tape recorder, its white noise like snow — a welcome simplicity. A choir, at first hidden, slowly appears, so processed that it is not immediately recognizable. Gradually it emerges from low-frequency submersion and we realize we are hearing voices; voices which open out into every corner of the stereo field. The transition over several minutes from bass voices to soprano brings a gentle rising sensation as all electronic or processed elements drop out, and we end in pure choral music: a moment of acoustic simplicity as a relief from all the electronics.

This is the most overtly cosmic moment on the album. It is much more abstract than what has come before. As I wrote this, I was dreaming of the way consciousness can open like a flower during meditation. I wanted to create an inner landscape you could roam around, with droplets of spectral light like sun through the canopy — and a harp sample fragmented again and again like rainbow crystal shards that splinter in the corners of your vision.

I hoped to capture a sense of endlessness, of something that infinitely rises and unfolds — a feeling that wraps itself around you and moves you ever upwards, spiraling, like drifting along the archetypal near-death tunnel.

This piano interlude is the weird melancholy twin of "Emerald Rush." It is note-for-note the same piano melody but presented alone and in a completely different light. The piano sound was constructed from two separate instruments: the body and resonance from a grand, the fragile trebles from my own old upright. Traffic noise brings an element of reality into the dream, and with it a feeling of loss or isolation.

This could be a microcosm of the psychedelic experience: the way we have to sometimes fight through chaos and confusion to arrive in that sacred place. I sought to capture a feeling similar to the sensation of struggling through bracken and brambles, getting scratched, lost and confused, then bursting suddenly into a clearing to find there is nothing but space, clear air, stars. Lights begin circling, first one, then another, then another. These lights form into a tapestry that floats upwards, guiding our gaze to the night sky. Years ago, I had an idea for an electronic track that imperceptibly morphs into a full acoustic string section. Finally, I found a home for this idea.

The music spirals upwards into the night sky before gently grounding us again for the earthbound last few minutes. It is the longest track on the record, and in many respects the most personal to me.

The only way to end this record was with my old piano. This track begins with nothing else but that and a recording of a Scops owl. It is one essential element of nature to place us far from where we started.

This hints at the ultimate conclusion: Any ultimate sense of peace or belonging can only ever come from the natural world. Finally, we arrive at the closing drone, the same as the opening one but approached from the opposite direction. Everything retreats back into this one note.