Accessibility links
This Tiny Desk Contestant Braved The Elements To Pay Tribute To His Grandmother : All Songs Considered Musician Quinn Christopherson shares the story of his original song submission for the 2018 Tiny Desk Contest.

Listen · 5:46 5:46
This Tiny Desk Contestant Braved The Elements To Pay Tribute To His Grandmother 5:46 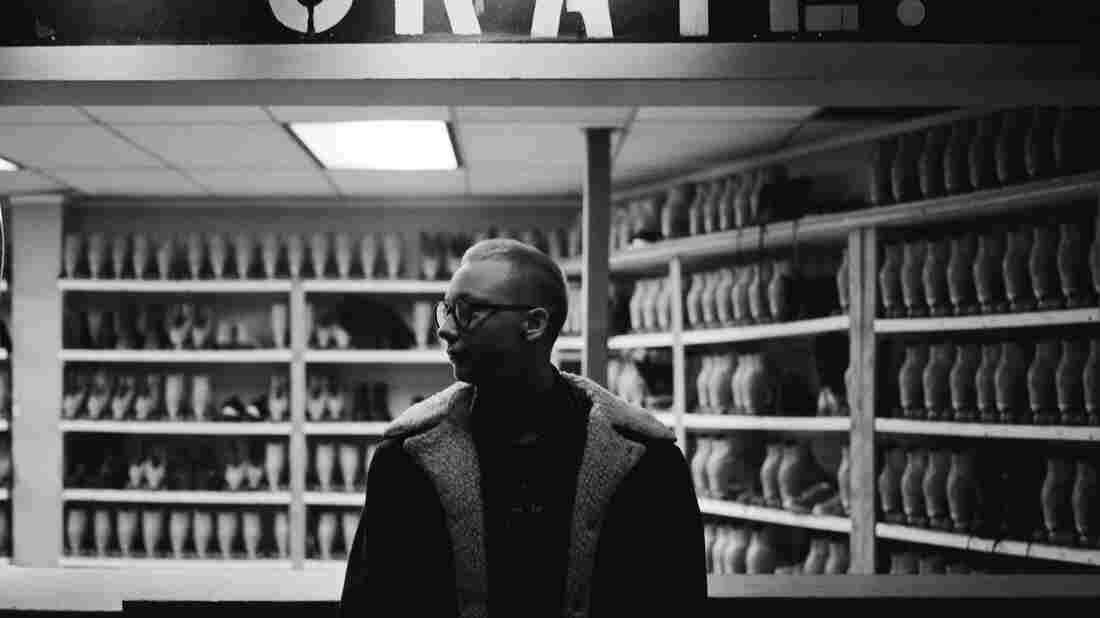 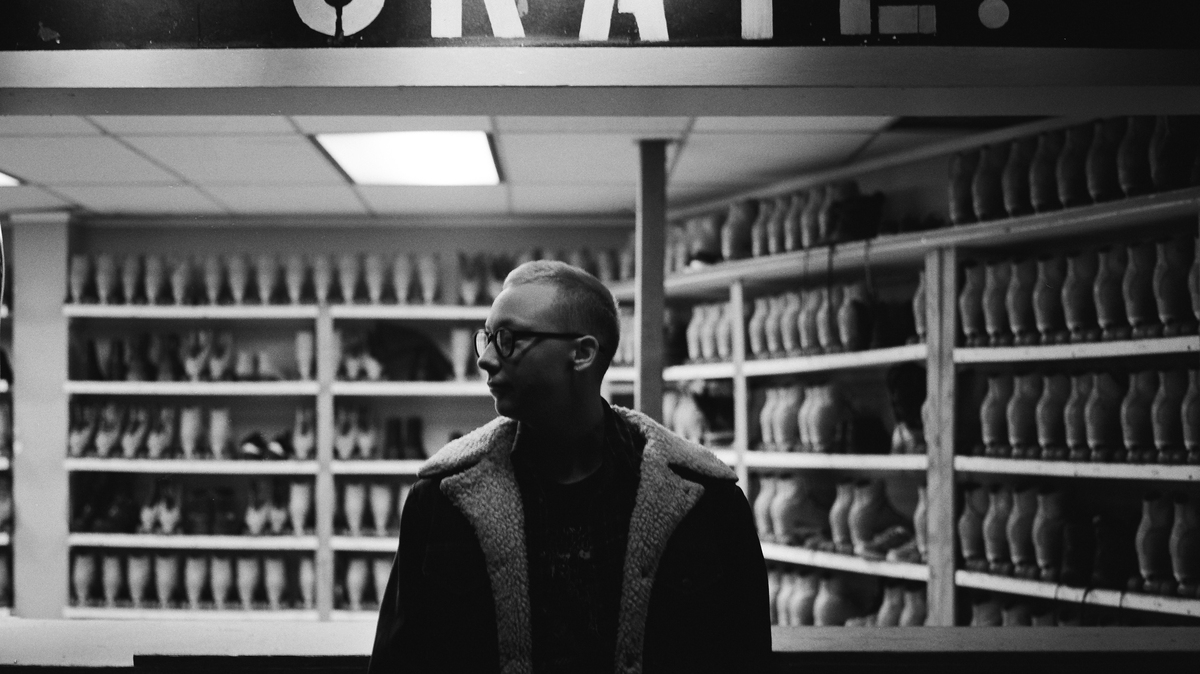 Emma Sheffer/Courtesy of the artist

There may be only one winner of the Tiny Desk Contest — this year, NPR Music was proud to award that honor to Naia Izumi — but many other talented musicians entered. Over the next couple of months, Weekend Edition will highlight some of the standouts among the nearly 5,000 who submitted videos.

Entrant Quinn Christopherson hails from Alaska, and his entry video is pretty cool — literally. As the video starts, Christopherson is seated and rocking in an orange recliner chair set atop a frozen lake. As he strums his guitar, ice skaters leisurely skate behind him. Sporting a plaid blazer, pale blue dress slacks and horn-rimmed glasses, he gets up and walks carefully to his microphone.

"My Grandma was a saint / She ain't never been a quitter / Never nothing to complain / Boy I'm surely gonna miss her," Christopherson sings in "Mary Alee." He says the original song was inspired by his late grandmother.

"In the song I say, 'Never nothin' to complain,' and that's true: Never in my life did I hear her say anything negative. She was just so positive and there was never a bad day for her," he tells NPR's Lulu Garcia-Navarro.

Christopherson visited his grandmother in the hospital before she died, and would play his guitar to her as she lay in bed. "I feel like she knew I was there and then she could kind of go on," he says. "I started playing that chord progression — it was just really four chords. And I just went home with that and I wrote that song."

The description in Christopherson's YouTube channel says he addresses "his role as a transgender individual navigating Alaska's social landscape through his music." The musician says his grandmother's acceptance of his transition was instrumental.

"I remember I walked into her house one day after I had cut all my hair off and I just remember her saying, 'Wow, sweeter. You look great.' And then that was it. I never heard anything more from that."

Looking back on his journey so far, Christopherson says he wasn't happy with the way he sounded on songs before transitioning — and when he realized why he felt that way, it was like a light bulb went off. He says it's been about 11 months since he began his transition, and though he's "still waiting on a mustache," he's more comfortable making music now.

"I feel like the songs I was writing before my voice changed, they were kind of for my voice now," he says. "The music, it just didn't fit me before. All of a sudden, after my voice had changed, all these songs I had written before started just making way more sense, and they started sounding like they were supposed to the whole time."