Accessibility links
Agnes Obel Explains Her 'Late Night Tales' Track By Track : All Songs Considered For her new compilation, the Danish singer makes unusual and beautiful connections between the music of Henry Mancini, a Bulgarian folk choir, the German experimental rock band Can and many others. 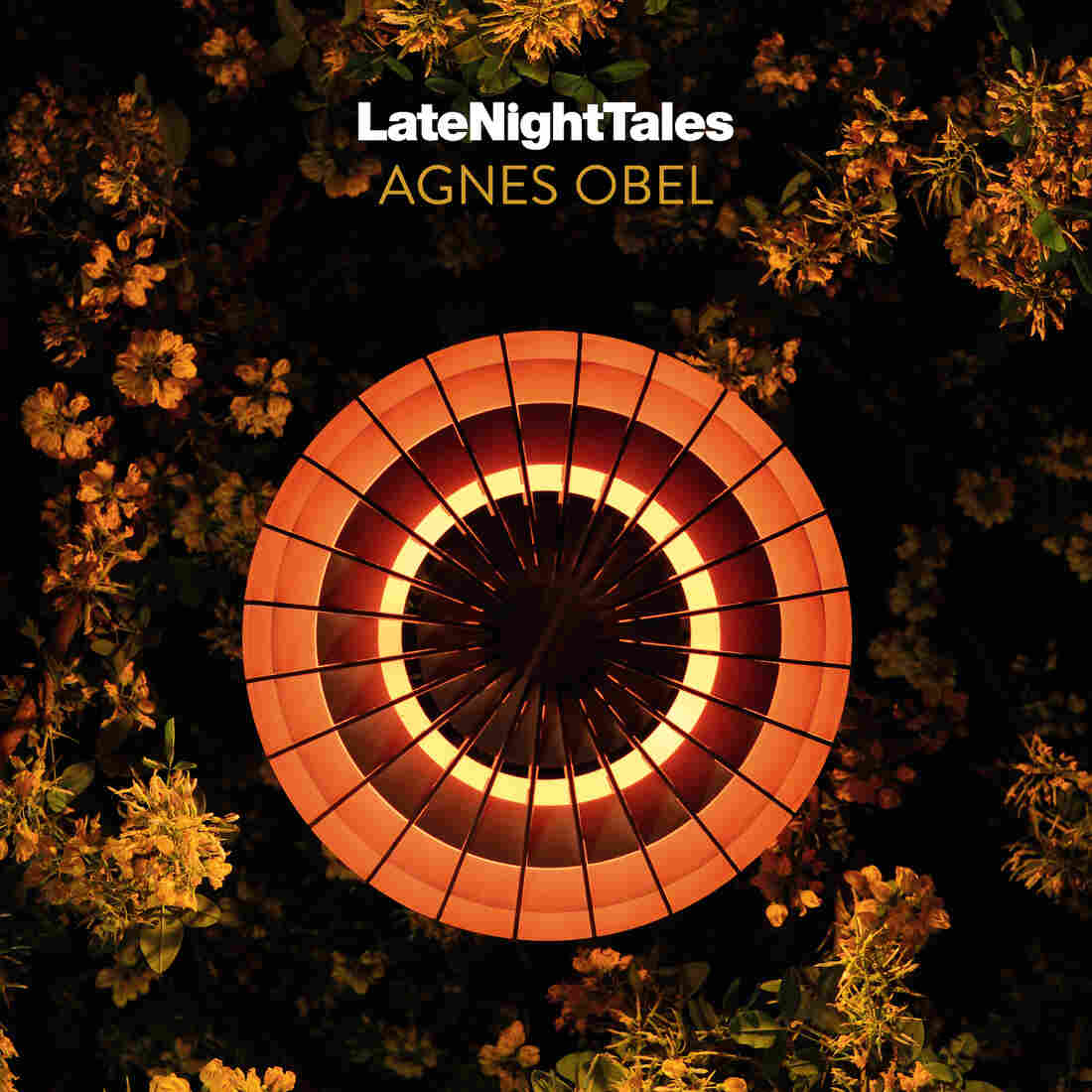 Agnes Obel's Late Night Tales features three new original songs and a whole bunch of other tracks she was inspired to include. Matt Hughes/Courtesy of the artist hide caption

This is an unusual, beautiful and dark album curated by — and at times performed by — the Danish musician Agnes Obel. It's part of a series of artist-curated albums called Late Night Tales. Nils Frahm, The Flaming Lips, Jon Hopkins and others have put their own records together for the series in the past. For her Late Night Tale, Agnes Obel has chosen music from a wide variety of artists — from the soul of Nina Simone to the wit and wisdom of The Kinks' Ray Davies, the lush strings of Henry Mancini, the quirkiness of Can and the ethereal Bulgarian State Radio & Television Female Choir. Somehow she has managed to stitch it altogether.

My first listen to this album was transporting. Agnes Obel says that she "collected all the songs together with my partner, Alex Brüel Flagstad and we just spent time listening to records, trying to see what would fit together. Some of the music I've included here is on mixtapes we made when we were just friends as teenagers. Each one of the tracks produces stories in my head."

Included with these older tracks are three new, original songs from Agnes, including a collaboration with the Danish poet Inger Christensen's work, "Poem on Death." I suggest you hit the play button and listen to the songs and read Agnes Obel's descriptions. This is truly a rare listening experience I'm thrilled to share.

Read more about each track below, from Agnes Obel herself:

[My Partner] Alex [Brüel Flagstad] always had this on mixtapes when we were younger. It was originally [in the] Orson Welles' movie, A Touch Of Evil. Also, Alex once made a bizarre, short film and he put this in there. I still have images from that short film rolling in the back of my head when I hear this track. For me it is the production — the tiptoeing pizzicato and the simplicity of the whole thing.

This song is like driving through a fog — with each new instrument introduced, a new image emerges — like a floaty dream that softly lowers you down into its universe.

There is something wonderfully bonkers about this album [Eden's Island] — the frog sounds, the words, the spoken words — that seem to work for me. Before every show we would play this album for the audience and for ourselves. I had this idea that the music would transform the general mood, so everyone would feel more open and relaxed, while gently shifting our attention towards the concert state of mind. 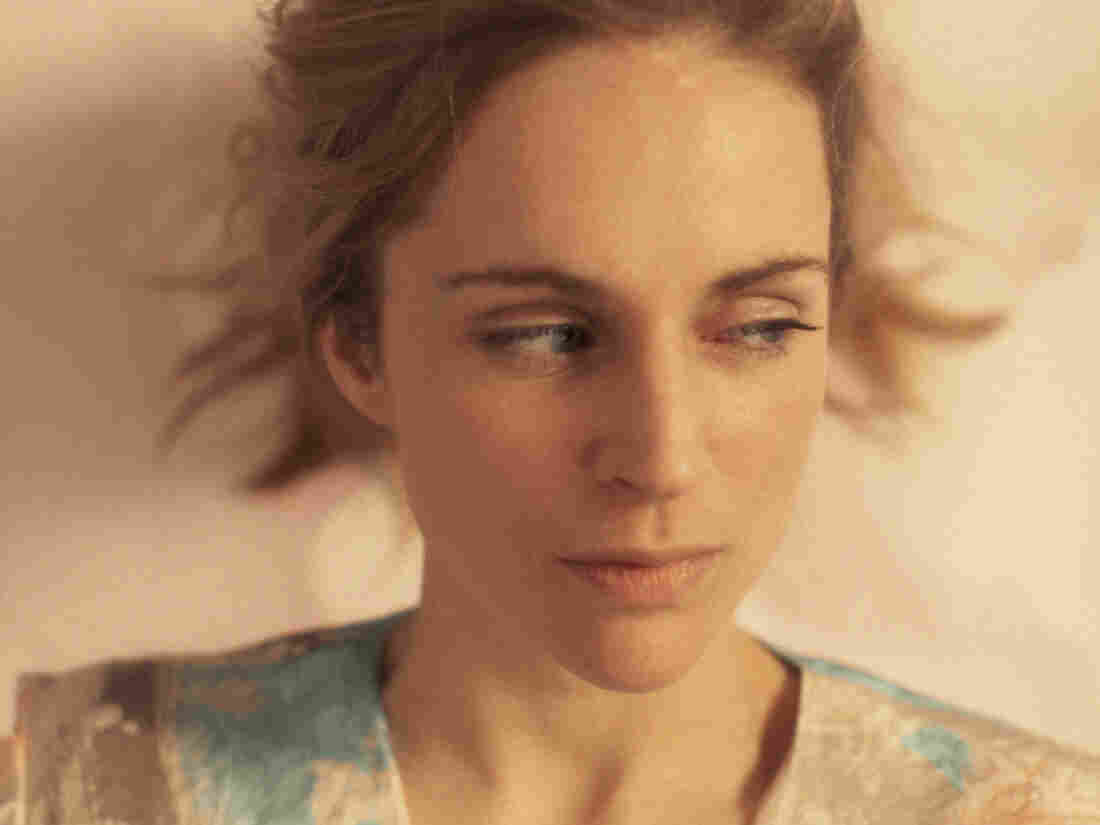 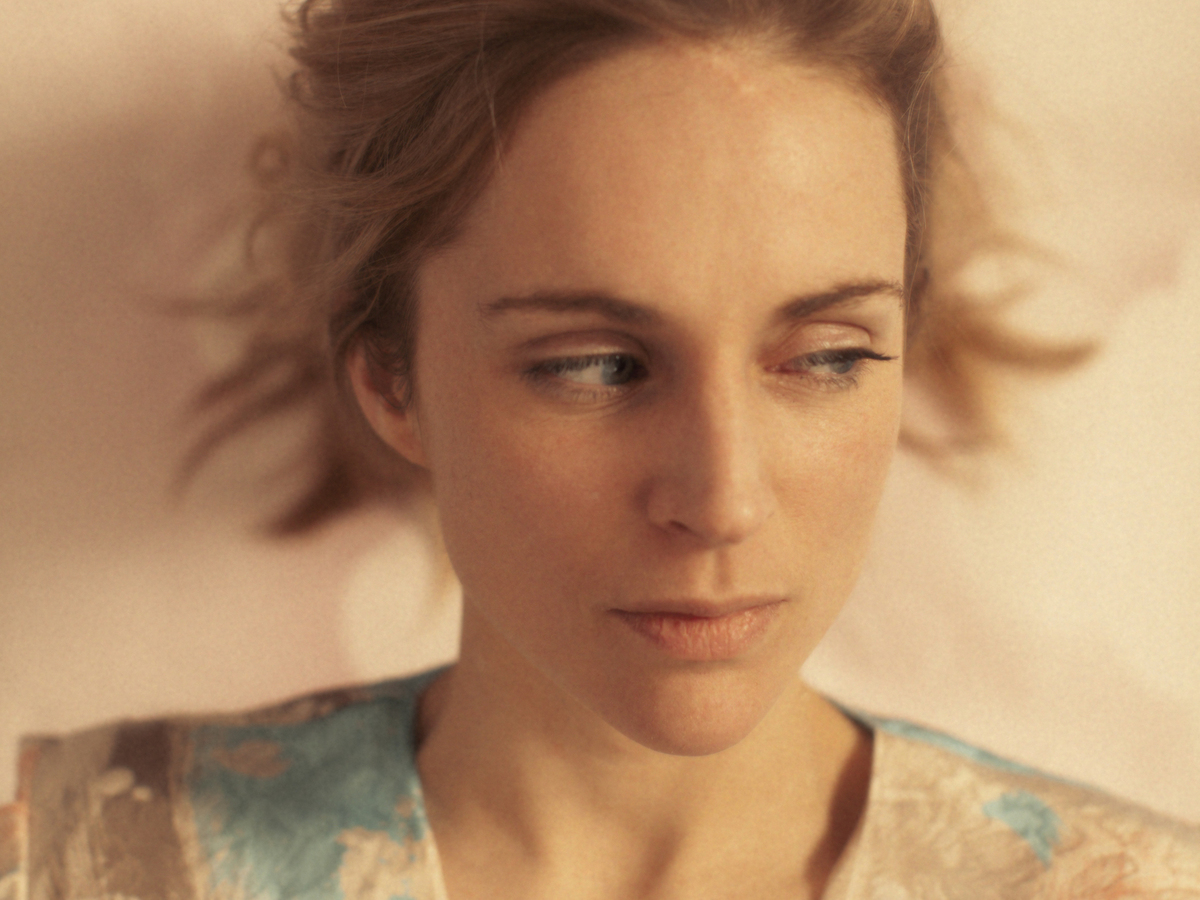 I knew from the beginning that there had to be a Lee Hazelwood song on the compilation. His music has followed me for years, now. The production, especially on vocals and choirs, is something I admire and try to imitate at times. His songs are like small movies taking place in this so very Hazelwood-mental-landscape of longing and humour and bad luck.

Everything seems a bit moonstruck and off-balance in this song — the "wee" [sounds], the bird sounds and the percussion — like you're caught in this strange loop between two states, wakefulness and sleep, which doesn't seem to have an end or a beginning.

This is another track from one of Alex's mixtapes! I've always wanted to use this in a compilation. There is something wonderfully deranged about the song that reminds me of the film Fitzcarraldo and of [actor] Klaus Kinski's crazy, big eyes, especially the lines that are repeated towards the end: "the excess."

You have to listen to this track with headphones on. The vocals are so effortlessly brilliant they appear as if out of nothing, with a soft crescendo, almost like a surreal ancient psalm. And then, the next minute, easily and effortless [it] becomes a Fossa-Nova song.

My friend, Daniel, sent this song to me one night and it immediately got me. It has an almost hypnotic effect and I can listen to it for hours — almost like an incantation, especially when listening alone at home or with headphones in the subway.

This is a demo version. The simplicity of the recording and the piano captures the feeling of being alone and in love so well.

My friend and colleague, Charlotte showed me this piece while we were on tour. She explained how the piano melody line — a light beautiful melody line — represents Alfred Schnittke's mother and the strings that slowly appear — moving in an opposing atonal structure and in another time — represents death by slowly overtaking the piece and gradually pulling his mother away from life. 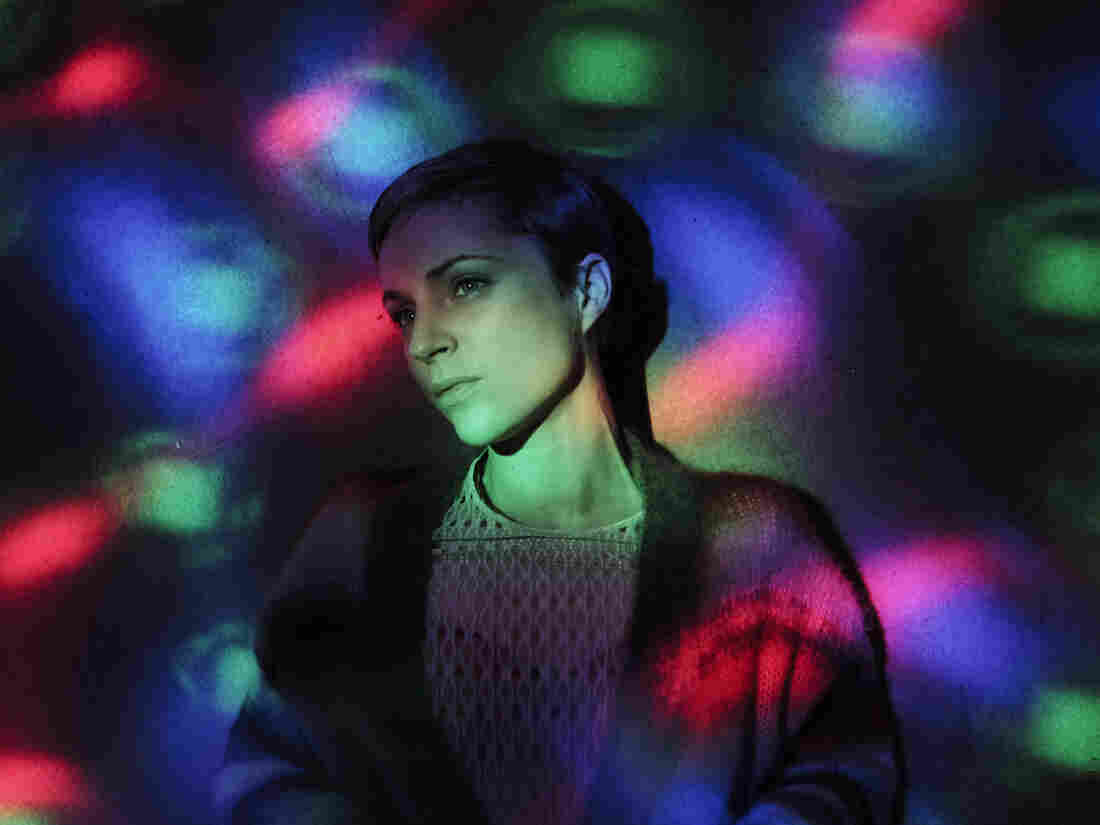 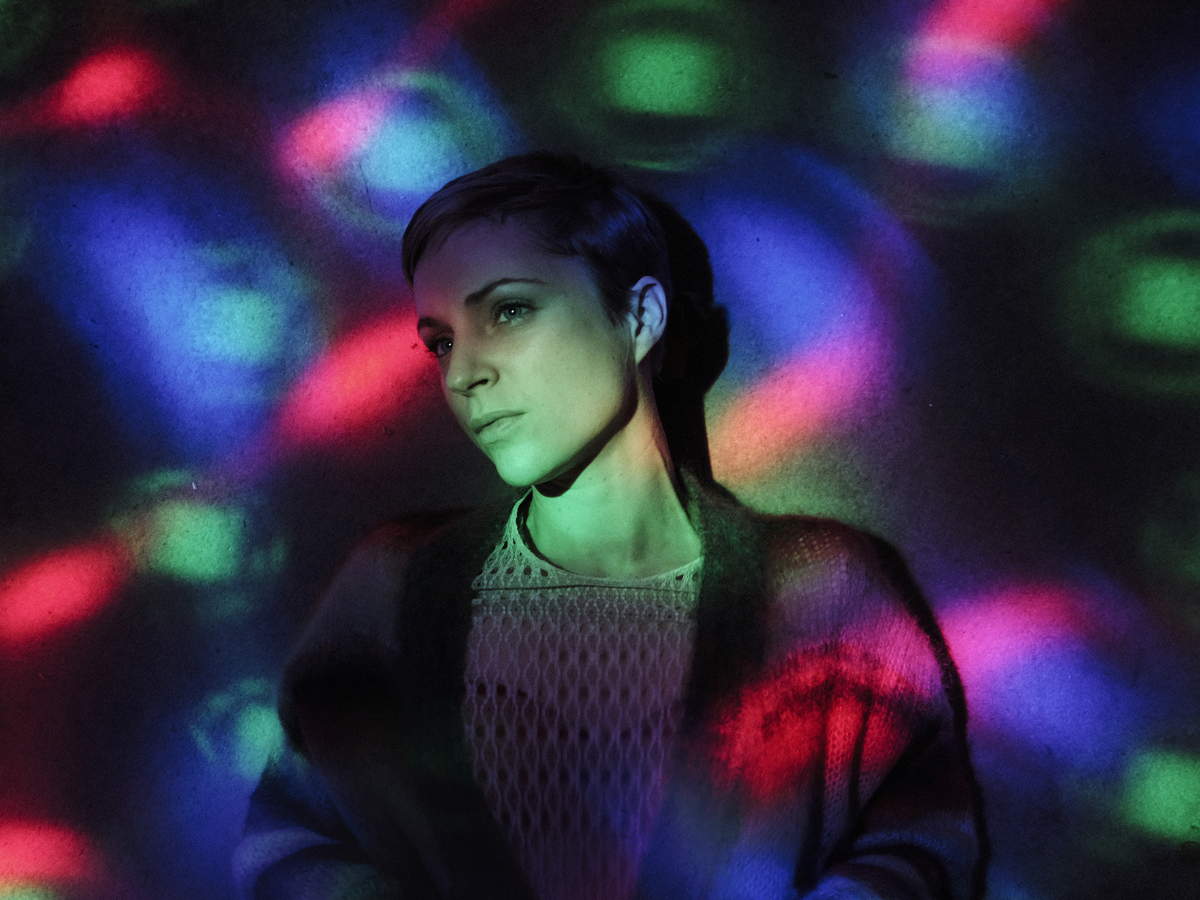 Alex Bruel Flagstag/Courtesy of the artist

This is taken from the [band] Quiet Village's remix of one of my songs. This was one of [Late Night Tales manager] Paul [Glancy's] ideas to add this to the mix.

There is something old and primal about vocal folk music, as if it evokes an ancient truth we all share but have forgotten. The power of their voices and the crescendos that seem to appear as if out of nothing scare me in a wonderful way.

This piano track is a cover of an Old Danish song called "Glemmer du.. så husker jeg" ("If you'll forget.. then I'll remember") by Arvid Müller. In Denmark, the song is best known in the version from 1932, sung by the actor and singer Liva Weel. It's one of my favourite melodies. The song is about the impermanence of time and love, with memories being the only thing you get at the end. It seems to be accepting of this fact — so it's not really sad — more peacefully nostalgic. I recorded it using [analog] tape and then running the tapes again, so it sounded old and re-recorded, playing with this feeling of remembrance and of lost time.

It's a song I'm working on, so it's not even finished yet. The piece is about the experience of a thought that suddenly takes over everything in your mind and it all starts falling apart. While we had to do this compilation, my studio was taken apart and I [was] moving into another studio so I couldn't completely finish the song. But I thought it would be interesting to show a song in the process of development. At this point I still haven't decided if it will be an instrumental or a song with vocals and lyrics.

It's the tone and timbre of her voice, the warmth and the still resignation of a love that is about to end that makes me revisit this song. I hear all these unspoken human interactions that lie outside of normal conversation in her voice.

This is another song my friend, Daniel sent to me one night some years ago while I was finishing an album. I hadn't been out or just socialized in what felt like an eternity, even though my studio was right in the middle of this famous club area in Berlin. Every time I left the studio I would feel like an alien life form, surrounded by this particular, hedonistic Berlin club-dream that still today attracts so many people. I love the stern irony in her voice when she sings, "It doesn't matter what you create if you have no fun."

Can is a band I discovered while living in Germany. It is such a wonderful band to discover because their music doesn't follow the known trajectory of western-styled pop and rock music, so you are constantly surprised. This idea of not following genres or the rock format speaks to me. I think this is why the band sounds so current today, 40 years after this song was recorded.

There's something about vocal music that is seems so pure. I haven't been able to make music in this style, but I'd love to be able to do that at some point. When listening to this piece and the melody lines moving upwards, it seems that there is an experience of hope or a feeling of something better waiting ahead. It's full of doubt, but it is there. I love this sound of hopefulness mixed with uncertainty, like balancing on the edge of a knife. As the piece progresses this hope seems to be lost and the voices seem to conjure nightfall and gloom.

I like an awful lot of [Nina Simone's] music and her live recordings too. She was such a powerful performer that the pieces and her voice and presence come alive right in front of you. So much of Nina Simone's work is about freedom — freedom from other's judgement, from discrimination, from society's conceptions of the musical form and genres. When listening to this song, I hear a longing for freedom of the mind and the spirit and a deep, interpersonal longing to experience your own form and being freely and unfettered.

[Danish poet] Inger Christensen's work is truly beautiful. It makes me feel curious towards the otherwise tricky Danish language that is my mother tongue. She approaches it with the freshness of a child and opens it up. This poem, "Poem on Death (Digt om Døden)," makes me wish that everyone could understand it in its original form. I have used a translation I have found online by [author] John Irons that I'm grateful for. The poem holds one of my favourite verses: "Som dybet løfter vandet / op til en kilde / løfter døden de levende / op for at drikke." Translated it is something like: "Like the depths lift the water / up to a source / death lifts the living / up to drink." The poem is written in Haiku-Stanza and describes how writing about death is impossible (leading the poet to [have] writer's block), while the words themselves become an obstacle to the idea. She writes: "The words die like flies on the paper." The poet is finally able to write the poem when she accepts the impossibility of the idea. This acceptance [of] the impossible and the imperfect make it possible for you to create something. That's how I have always understood this poem.