Accessibility links
Is Will Smith, Nicky Jam, Diplo And Era Istrefi's World Cup Anthem Good? Who Cares? : All Songs Considered The song joins a legacy of tepid songs required to accomplish too much in too little time. 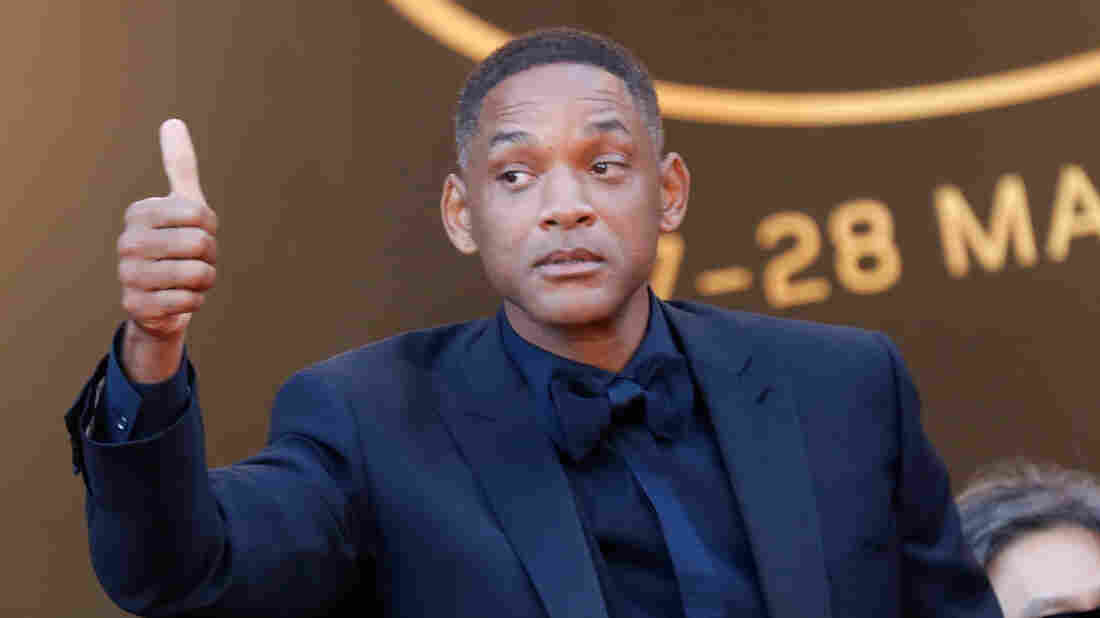 Will Smith at the 70th annual Cannes Film Festival on May 23, 2017 in Cannes, France. The actor and rapper joined Nicky Jam and Era Istrefi on a Diplo-produced anthem for the 2018 World Cup. Tristan Fewings/Getty Images hide caption 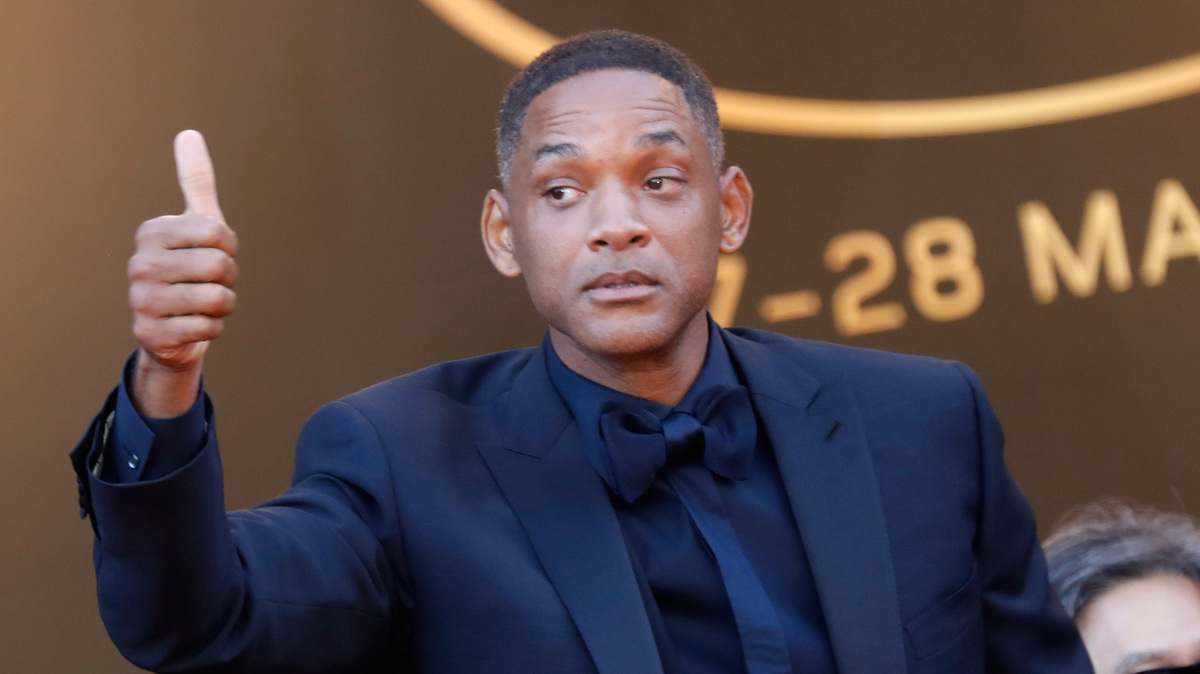 Will Smith at the 70th annual Cannes Film Festival on May 23, 2017 in Cannes, France. The actor and rapper joined Nicky Jam and Era Istrefi on a Diplo-produced anthem for the 2018 World Cup.

"We've been waiting for this all year," raps Will Smith on the new, once-every-four-years World Cup anthem "Live It Up," released last night. The song, produced by sonic globe-miner Diplo, with singer Nicky Jam in the lead artist spot and featuring vocals from Era Istrefi is... fine. It's internationalish, vaguely incorporating the textures of the Spanish-language pop responsible for one of last year's most-successful singles. As a colleague wisely observed, "If this was written by artificial intelligence, I wouldn't be surprised."

Four years from now, perhaps the anthem will have been written by artificial intelligence.

Expecting a World Cup anthem to be good is an easy set-up for disappointment. More often than not, the songs serve as a useful time capsule, within which you can find the dominant musical themes of the period, always a couple years past their prime. Think of the work these products have to accomplish, having to appeal to the broadest of all audiences (the entire world), while (softly) stirring the basest emotions (effort, triumph, defeat, soccer) and doing so within a reasonable run time.

The best World Cup anthem, bar none, was the first, from way back in 1962. (This holds true only if you refuse, as you should, to acknowledge the retroactive claiming of Queen's "We Are the Champions" as a sideline track in 1994.) The song, "El Rock del Mundial" by Chilean band Los Ramblers, was a blissfully straightforward, danceable slice of rock that brings to mind high school dances held in gymnasiums. It opened:

It's a universal celebration,
Of the sport and the ball.
As a general slogan,
Celebrating our triumphs,
We will dance rock and roll.

Ennio Morricone's 1978 anthem, "El Mundial," incorporated the period's love of highly arranged and sweeping compositions with a harpsichord way out front, with the foundation of a vaguely bopping rhythm section.

In 1986, Stephanie Lawrence captured the twinkling, schlocky, lace-and-synth vibe of her era, hoping (we have to assume) that the World Cup would unveil a "special kind of hero."

Four years later, Italo-disco shadow king Giorgio Moroder — best known for "I Feel Love" — came to the Cup with "To Be Number One," a hair metal-indebted call to "reach for the top."

Over the years, the scope of World Cup music has expanded. What used to be an all-purpose release back in the Los Ramblers days could now take up most of an album — in 2014, there were no less than nine, from mascot songs to Coca-Cola promotional anthems. In 1998, French electronic music legend Jean Michel Jarre contributed to this (relatively new at the time) expansion with "Together Now," a song like bad Le Tigre, animated by the zombie soul of drum 'n' bass; the perfect soundtrack to wearing yellow-tinted sunglasses and too-large denim pants.

Which is all to say: It's never about the song, is it?