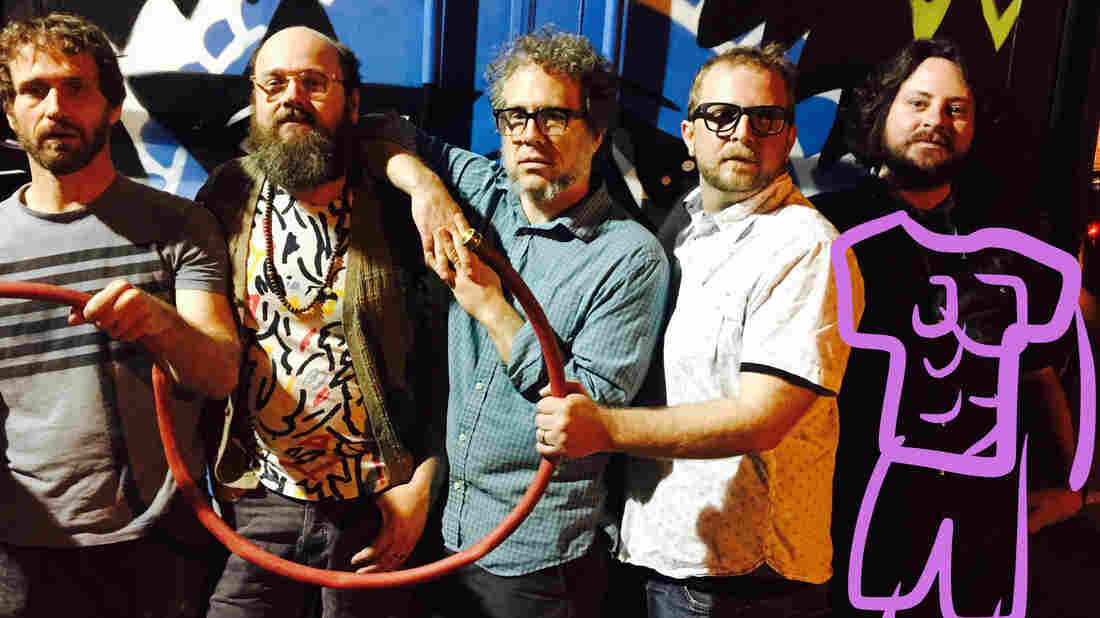 Air-Sea Dolphin is the new band from The Apples in Stereo frontman Robert Schneider (left of center) featuring the creators of Homestar Runner. Courtesy of the artist hide caption 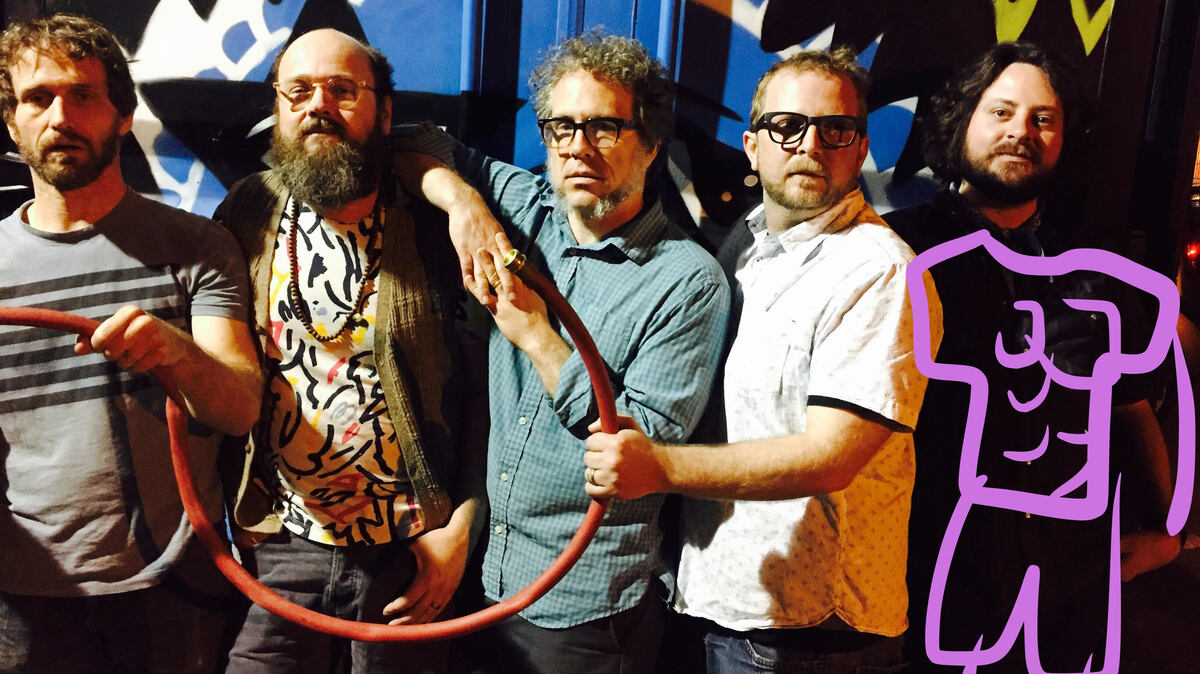 Air-Sea Dolphin is the new band from The Apples in Stereo frontman Robert Schneider (left of center) featuring the creators of Homestar Runner.

The Schneider family is full of nerds. If you were wondering whatever happened to The Apples In Stereo, well — its frontman Robert Schneider has spent the last five years getting his Ph.D in mathematics. No, really, he teaches and studies math at Emory University. He joins a growing group of musicians with unexpected Ph.D side hustles, including Descendents' Milo Aukerman (biochemistry) and Offspring's Dexter Holland (molecular biology).

Using MIT's Scratch software, he's now also making music videos out of video games with his son Max — in it, you get to play a flying dolphin. Schneider tells NPR Music that Scratch is a "computer programming language that works visually — you fit the lines of code together like Legos." 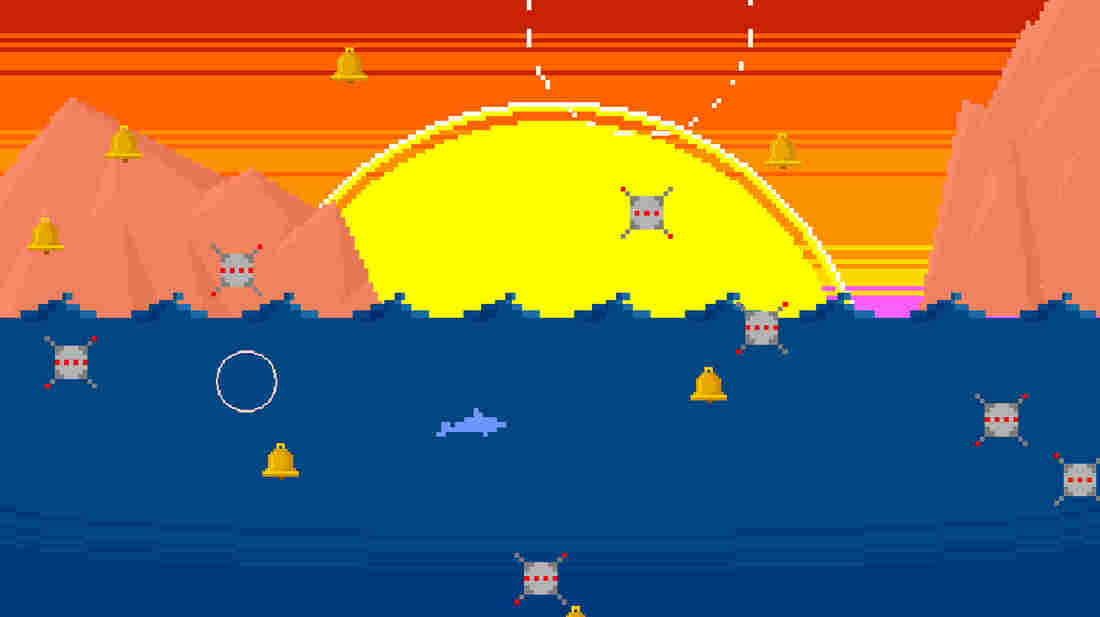 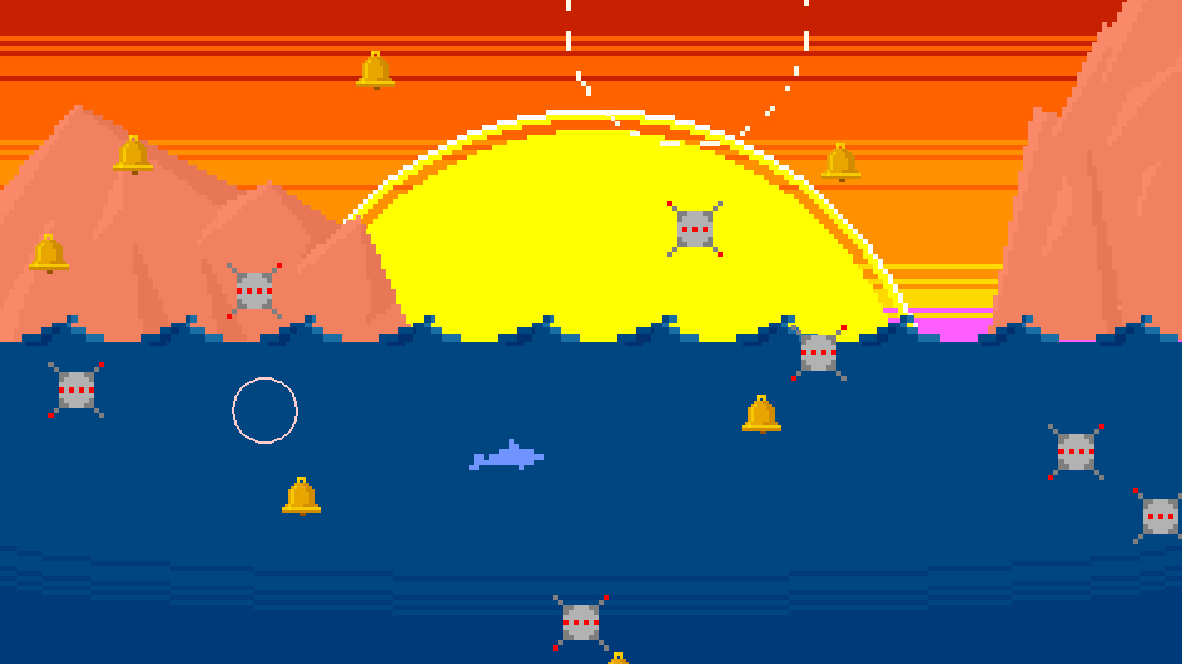 Last year, Schneider formed Air-Sea Dolphin with guitarist Matt Chapman and bassist Mike Chapman (the creators of Homestar Runner), guitarist Ryan Sterritt and drummer Jamey Huggins (Of Montreal, Elf Power, Great Lakes). With hooks so poppy and guitars so fuzzy, it's like getting hugged by a giant, purple teddy bear — basically, it sounds like everything you'd want out of a new Schneider band.

Air-Sea Dolphin has a new split 7" coming out with Sloshy, the "indie rock joke band" from Homestar Runner. We asked Robert Schneider how the "Bells" video game came to be.

When I wrote "Bells," Matt and Mike instantly had this idea for a game where the air-sea dolphin character jumps out of the water to ring bells, because it can fly as well as swim as its name suggests. It was a sequel to the game we released for our first single "Exploding," which was released through Scratch. I think Matt designed the game play for "Bells" and Mike produced all of the graphics which evoke Atari, Colecovision, NES, and other vintage game systems. In fact, our band name is a mashup of two Atari cartridge titles.

My 17-year-old son Max is a brilliant programmer, and in particular, an expert at Scratch — he gives weekly lessons to neighborhood kids. Max played synthesizer on the first ASD single — he's also a keyboard player — and had helped with the programming of that game, but this game was more ambitious, so Matt and Mike hit up Max really to generate a working video game from their artwork and rough Scratch code.

Don't worry — if you are terrible at even the most simple video games (like me), take solace in the fact that you literally cannot die in this one.

Air-Sea Dolphin's split 7" with Sloshy comes out June 2 via Chunklet Industries and Third Uncle. You can stream the whole record below.