Accessibility links
So It's Come To This: Apparently Ryan Adams Is A Weatherman Now : All Songs Considered In exchange for giving Wednesday's forecast on a Denver TV station, the singer-songwriter recorded a new original song, which... fair warning, isn't the best thing Adams has ever written.

So It's Come To This: Apparently Ryan Adams Is A Weatherman Now

So It's Come To This: Apparently Ryan Adams Is A Weatherman Now 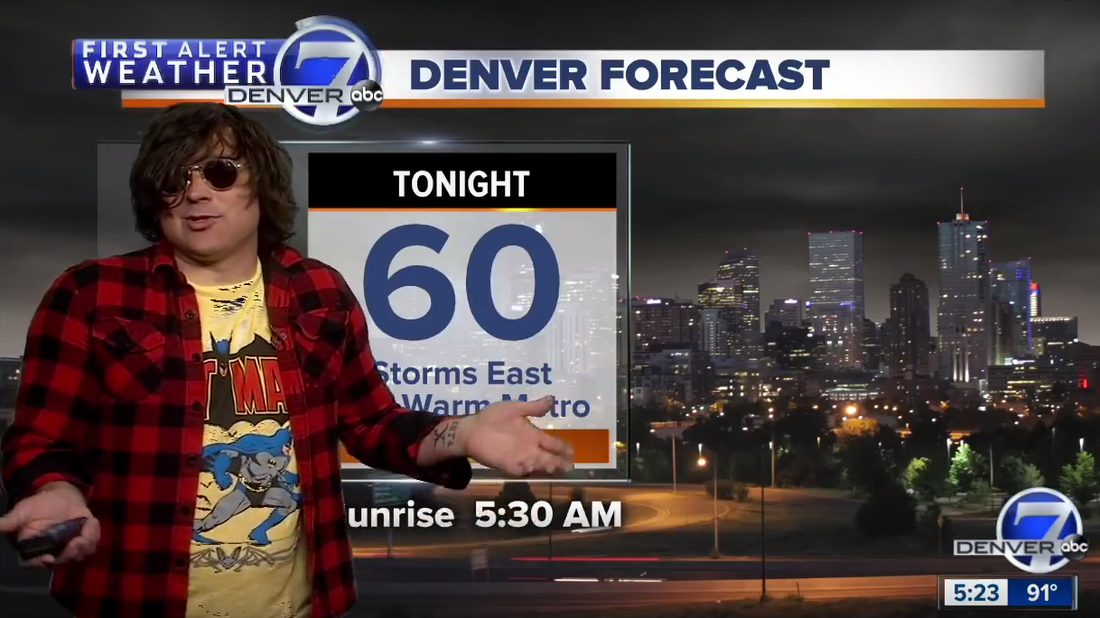 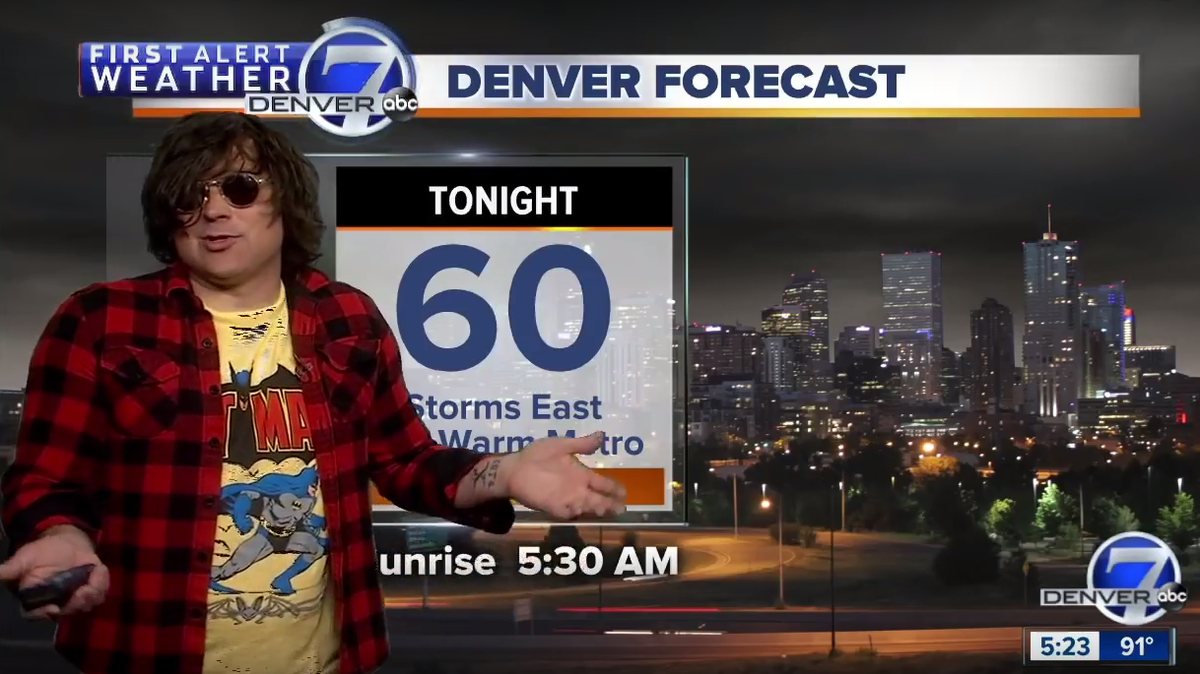 Summer hasn't even officially begun yet, and it's already been a disorienting season. The president is complimenting a North Korean leader and lambasting one from Canada. Raccoons are scaling 25-story buildings, ostensibly for our amusement. And apparently Ryan Adams, no longer content to serve as one of America's most celebrated singer-songwriters, is doing the local weather on a Denver TV station, fulfilling what he says is a longtime dream.

While in Denver to play a show at the Red Rocks Amphitheater, Adams cooked up an arrangement with a local TV station wherein he'd give Wednesday's weather report and write and record a song to be played on air. First, watch the animated video that accompanies the new original composition "Denver7 (Piece of Heaven)," which... okay, fair warning, this isn't the best song Adams has ever written.

Naturally, Denver7 was only too happy to live up to its end of the bargain, so Adams donned a Batman T-shirt and some flannel, appeared in a short interview, shouted out the movie Twister (for inspiring his love of the weather), and gave the station's Wednesday-evening weather report in front of a green screen.

For a first-timer with no formal meteorological training, Adams fared reasonably well, ad-libbing a bit about 10-15 mph winds ("For anybody that's super into the wind, there you go") and only occasionally wandering out of the frame entirely. So, yeah, there you go! In the America of June 2018, our enemies are our friends, our friends are our enemies, raccoons are our heroes and Ryan Adams is our weatherman.

Best of luck to us all!