Accessibility links
Restorations' Shimmering 'The Red Door' Examines Gentrification's Emotional Damage : All Songs Considered The lead single from the three-guitar rock band's first album in four years, LP5000, wonders what remains of a neighborhood when its residents are pushed out. 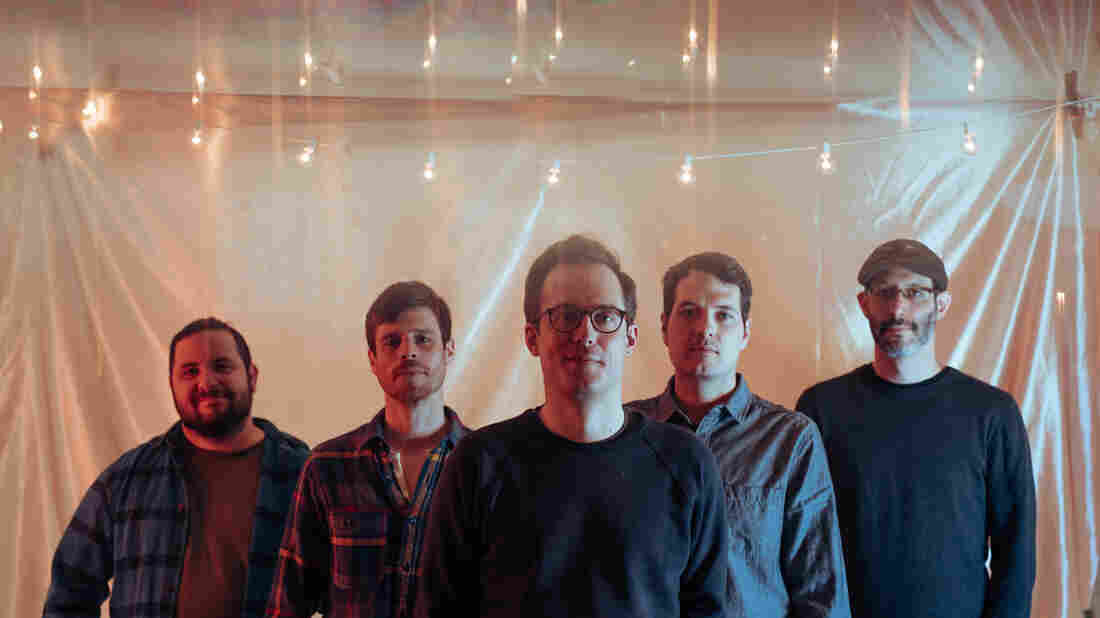 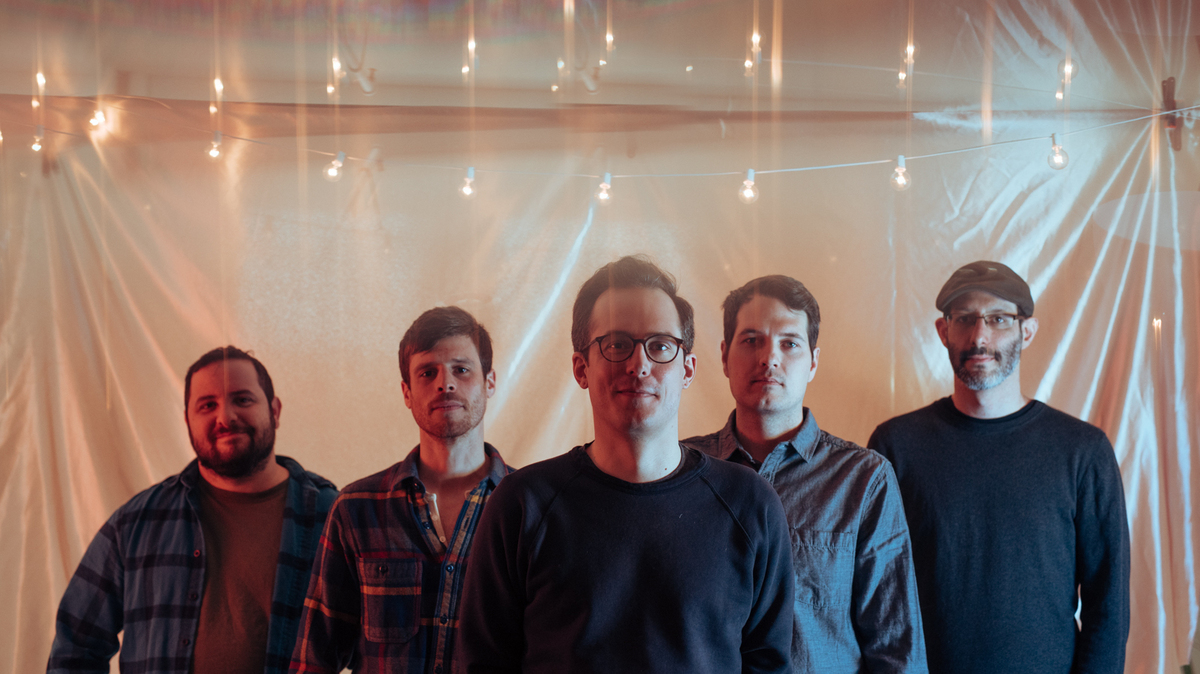 Emily Dubin/Courtesy of the artist

It's in the name: returning a place to its proper condition. It's in the logo: a house tipped on an angle, in need of repair. Restorations, now 10 years running, is named for more than just architectural stability. It's emotional renewal for the members themselves and for anyone listening. The band's self-reflective, true colors are just as loud and bold as the layers of guitars galloping through each song. But after touring hard on the soul-rattling 2014 album LP3, the Philadelphia rock band needed some restoration itself.

Four years later, Restorations returns with LP5000 via Tiny Engines, the label that released its debut album. Underlined by looping keyboard chitter-chatter a la "Baba O'Riley," the lead single "The Red Door" explodes the band's larger-than-life rock and roll hoarsely yawped from the streets, but instead of looking inward, lead singer (and one of three guitarists) Jon Loudon looks just next door.

"Philadelphia (and perhaps your town, too?) is rapidly changing," Loudon tells NPR Music. "I wonder about where people go when they can't afford to live in these new neighborhoods anymore. The red doors on all the new buildings feels like some kind of warning sign."

Loudon goes on to say that you can always tell a developer has swooped into a neighborhood by the splash of red paint greeting you at the front. Philadelphia is one of many cities experiencing the growing pains of gentrification, particularly the historically black Point Breeze area, where "financial institutions collectively put $154 million worth of home loans into the hands of white borrowers between 2012 and 2016," as investigated by Reveal.

There are both physical and psychic repercussions for displacement; The visual character of a neighborhood reduced to cookie-cutter condos and the emotional character bereft of those who invested their souls into it. "What remains?" Loudon sings, "Every corner, a new name." The song, in its desperately shimmering sheets of sound, seeks a restoration of the soul and the home, so that its inhabitants can continue to flourish.