Accessibility links
American Anthems: The Songs That Unite Us : All Songs Considered Sometimes it's a stirring call to arms or a recognition of injustice. But an anthem always captures something much larger than itself - the spirit of a community, unified in a common feeling or cause. 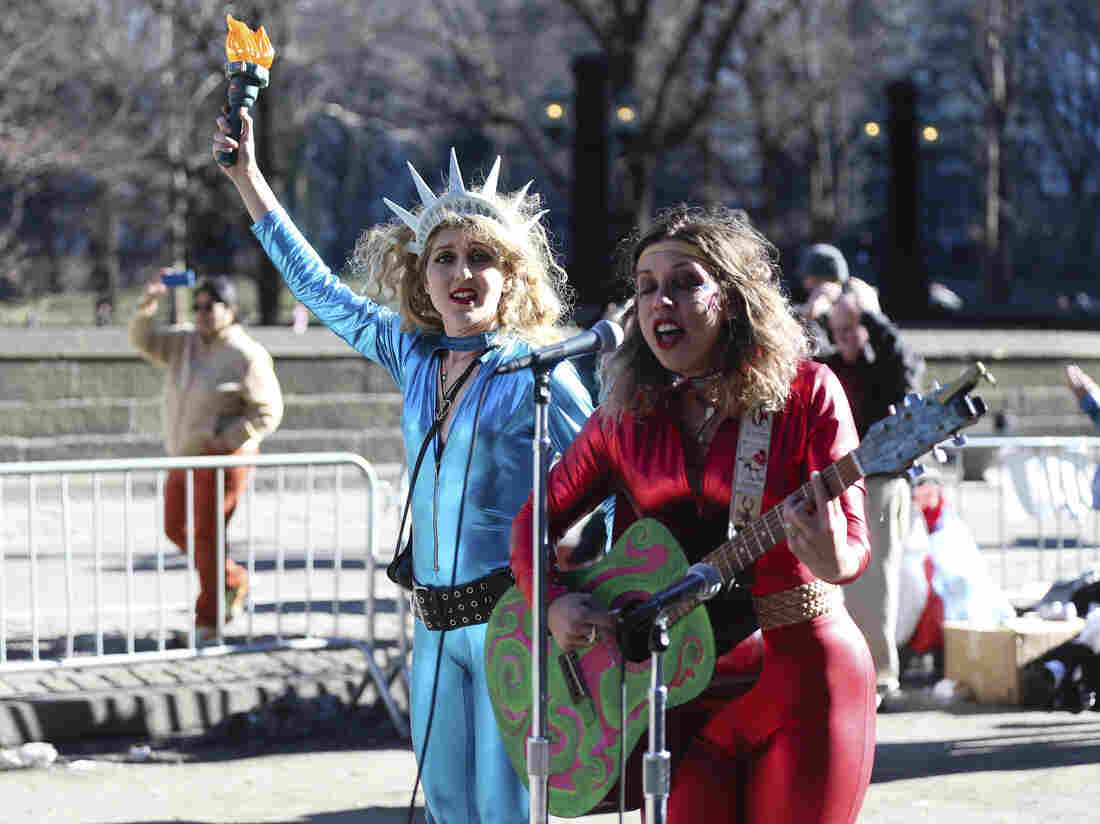 What's an anthem? It's a stirring call to arms or an expression of collective emotion. Sometimes it's a recognition of injustice, a representation of an oppressed group, or an inspirational message of hope. But it always captures something much larger than itself — the spirit of a community, unified in its common feeling or cause, like the time a gay men's choir sang "Make Them Hear You" at a rally in Tennessee.

The Gay Men's Chorus of Washington surrounds anti-LGBTQ protestors at a Pride parade and sings "Make Them Hear You" from the musical Ragtime.

Or the time counter protestors sang "This Little Light Of Mine" in Charlottesville, Va. to a group of white nationalists.

Protesters in Charlottesville sing Harry Dixen Loes' "This Little Light of Mine" to counter white-nationalists.

In anticipation of the series, we dedicate this week's episode of All Songs Considered to anthems. We're joined by NPR's Elizabeth Blair, producer of the American Anthem series, as we reflect on the soundtracks to our collective experiences.

You can hear the conversation and songs with the play button at the top of the page, or hear a much longer playlist of anthemic songs with the Spotify playlist below. It includes tracks selected for the series and suggested by listeners.