After awhile, the monotony of an office job can get to you. Days blur together under flickering fluorescent lights in stuffy boardroom meetings, and as you count down the seconds by the drip-drop of the nearby coffee pot, it's easy to long for something more. This is the backdrop where we first catch up with Madeline Kenney in the music video for her brand new song "Cut Me Off," the first single from her just-announced forthcoming second album, Perfect Shapes.

Captured with Sorkin-like slo-mo walk-and-talk tracking shots by director Robert Kolodny, Kenney saunters down hallways and rows of cubicles, flanked by her personal assistant. Decked out in a crisp power blazer — her literal business casual suit of armor — Kenney exudes the determined confidence and icy cool poise of a boss on a mission. But we soon catch glimpses of her looking for ways to bust out of this conforming role: First, a delightful half-step juke to the beat; then, a brief escape to play guitar in the supply room. So when Kenney finally cuts loose in a full-on tap routine atop a table and busts out some frenetic, caught up-in-the-moment dance moves, it feels like a mini breakthrough embodying the song's self-actualizing message. "So don't cut me off / I'm in my own time," she proclaims in the chorus. "I got a good thing goin now / I don't know where I wanna be."

"I wanted, with this video, to portray a character in total control of her delicate unhinging — a sort of riff on an Elaine Benes / West Wing woman," Kenney tells NPR Music. "It plays into the song because 'Cut Me Off' is bouncing and joyous but subtly off its own rocker, sonically and lyrically." 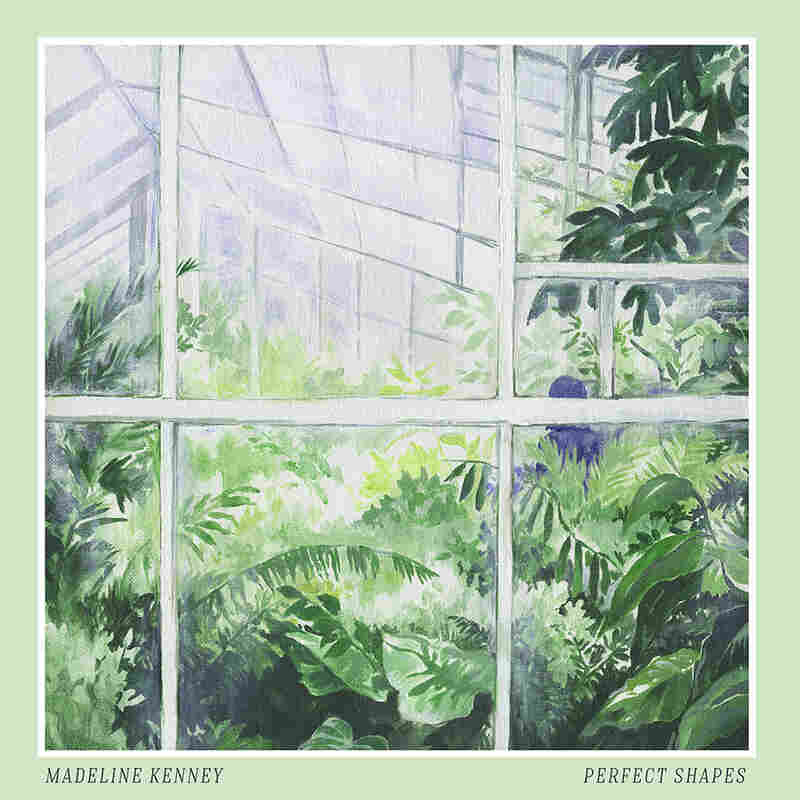 The film's concept of shedding one's skin to reveal something new also mirrors Kenney's own trajectory as a musician coming into focus. Just last year, she released her debut full-length album, Night Night At The First Landing, the culmination of a roundabout path from studying neurobiology and working as a baker to dance and pursuing music full time. Like Night Night, which was produced with Toro y Moi's Chaz Bear, her follow-up, Perfect Shapes, is also the result of another intriguing collaboration. This time, Kenney left her home base of Oakland for the woods outside of Durham, N.C., to record with Jenn Wasner, the guitarist and songwriter of Wye Oak and Flock Of Dimes. Wasner, producing someone else's music for the first time, functions as a guide and kindred spirit, reshaping Kenney's songs around repetitive, rhythmic melodies and dreamily effervescent textures.

That's clear in "Cut Me Off," where simple interlocking guitar riffs form a bubbly pop groove that enlivens Kenney's warm voice and pitch-shifted harmonies. And when bottom drops out in the bridge, Kenney radiates a blissed-out, introspective calm: "And I wanna get up, walk outside, fill up my cup / You're still on my mind..." she wistfully sings — all before a brilliantly abrupt mid-sentence cut to black on the final line. As just a first taste of Kenney and Wasner's work together on Perfect Shapes, "Cut Me Off" already feels like an assured leap forward.