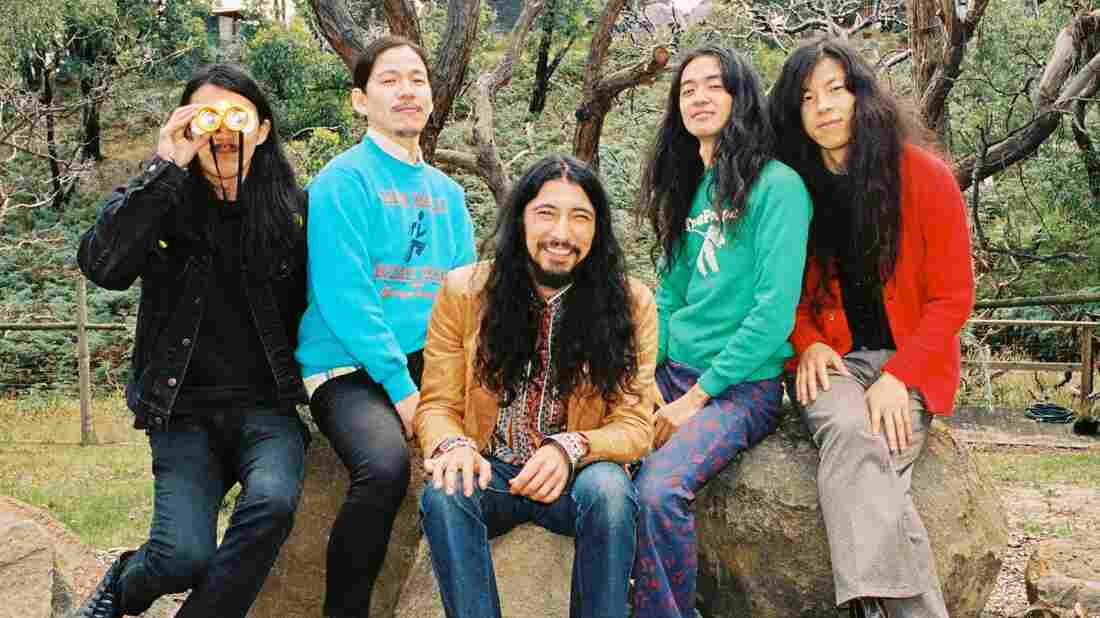 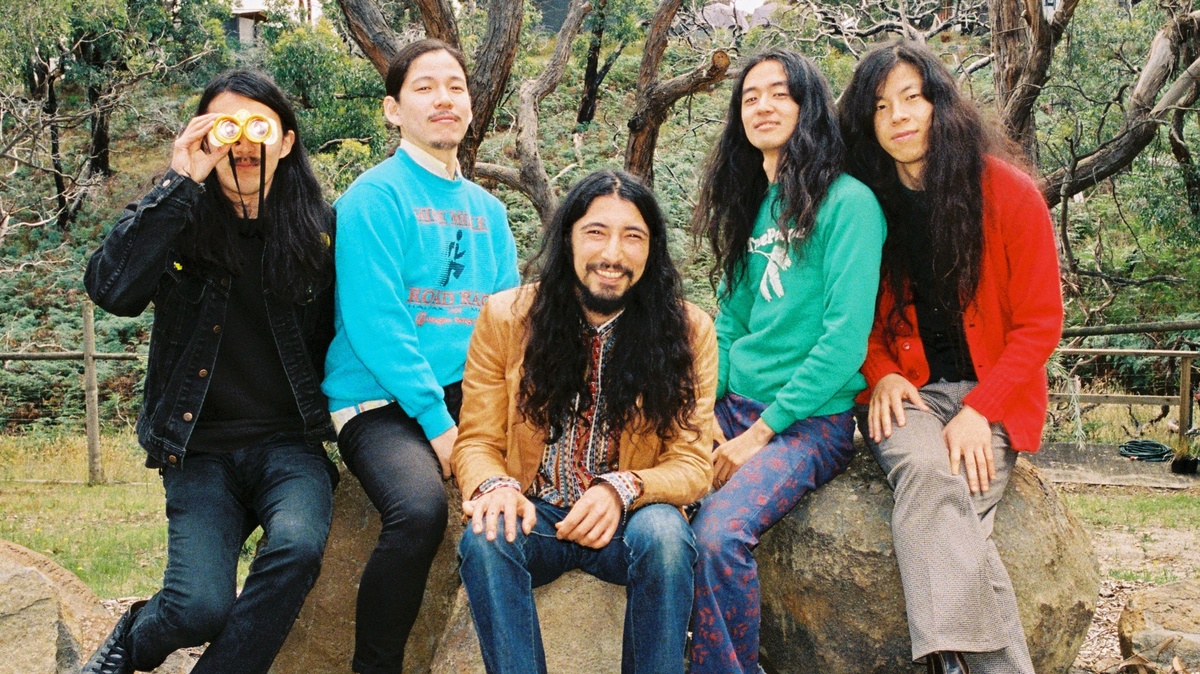 Jamie Wdziekonski/Courtesy of the artist

Tokyo, Japan is Kikagaku Moyo's home, but the wandering band looks to the world to make its psychedelic music. Rumbling hard-edged rock and acid folk are dipped into motorik rhythms and sitar drone, developed through the band's five-year discography and extensive tours in America and Europe.

Its fourth album, Masana Temples, took the band to Lisbon to work with jazz musician and producer Bruno Pernadas, where Kikagaku Moyo truly encompasses a state of psychedelia rather than any one trip. You can hear that in the genre-skipping joy that is "Dripping Sun."

"This is a day trip song," drummer and singer Go Kurosawa tells NPR Music. "Get up, ride on a horse, take a walk, explore, and go back to your place and sleep. Often within the trip, you will find something that makes you feel nostalgic, something that brings back memories of the past and no matter how crazy the journey is, we always come back to where we were or where we belong and we feel calm. That was the idea of song when I wrote it."

Sporting wah-wah guitar and a fried guitar melody echoed in synths, "Dripping Sun" grooves like a John Carpenter theme on a psychedelic boogie. It's an extended introduction to the floating centerpiece, which seamlessly evolves into a laid-back funk à la fellow countryman Cornelius before returning to the sky-burning riffs where Kikagaku Moyo began. And just as Go Kurosawa promises, the wild turns resolve to a state of calm, back to where we belong.