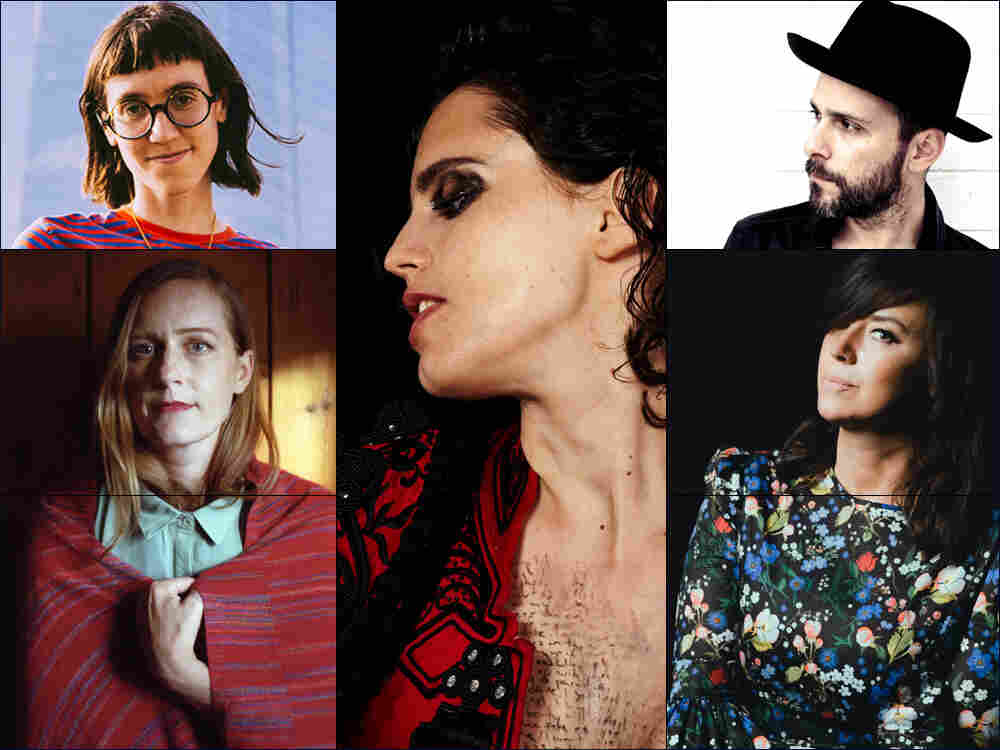 After spending much of the past month on the Newport Folk Festival, Remembering Aretha Franklin, the 50th anniversary of The Band's Songs from Big Pink, the Greatest Songs By 21st Century Women and more, we're back with an all-new mix. This week's episode includes the return of Cat Power, singer Laura Gibson, new music from Tiny Desk Contest winner Gaelynn Lea and more.

We open the show with Gabby's World, the latest incarnation for guitarist and singer Gabrielle Smith, who previously recorded as Eskimeaux and Ó. Her new song, "Rear View," from the upcoming album Beast on Beast, is a burst of buoyant, breezy pop.

Also on the show: Greg Laswell reflects on the devastating effects of addiction; Anna Calvi takes a powerful look at gender and identity in the song "Don't Beat the Girl Out of My Boy;" singer Sam Phillips asks how much is enough? And the Australian band Oh Pep! has a question of its own: "What's the Deal With David?" 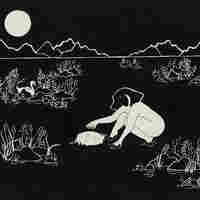 When Gabrielle Smith released the album Ok under the name Eskimeaux in 2015, it quickly became one of Bob Boilen's most-played albums of the year. She's since changed her recording name to Gabby's World and is back with a new album of uplifting pop. Beast on Beast is due out Nov. 2 on Yellow K Records. 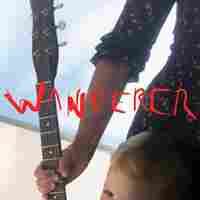 This is Chan Marshall's first Cat Power album in six years. The first single from Wanderer, "Woman," features singer Lana Del Rey in an anthem to femininity. Wanderer is out Oct. 5 on Domino Records 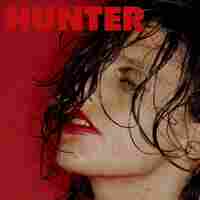 Bob Boilen was first blown away by Anna Calvi's guitar playing and stunning voice when she released her self-titled debut in 2011. Hunter is the British artist's third full-length album and first in five years. In announcing the track, she said "Don't Beat the Girl Out of My Boy" is "a song about the defiance of happiness. It's about being free to identify yourself in whichever way you please, without any restraints from society." Hunter is out Aug. 31 on Domino Records. 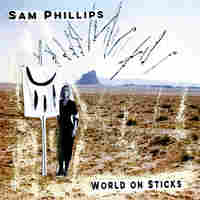 We've been big fans of Sam Phillips and her jangly pop and rock songs for decades. Her latest cut, "How Much is Enough," asks a question that, she says, "deserves its own song. I don't think we should underestimate a good question with an honest answer." The answer, however, is up to you. "How Much is Enough" is from World on Sticks, out Sep. 28 on Littlebox Recordings. 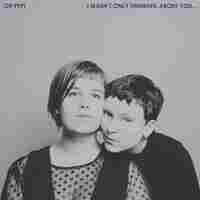 Oh Pep! is an Australian band featuring Olivia Hally and Pepita Emmerichs. Together they make songs filled with humor and heart. In a press release for their latest song, "What's the Deal with David," Hally says she wrote the song "as a note for [bandmate] Pepi. It's that excited energy about two friends talking about their love life." I Wasn't Only Thinking About You, their sophomore full-length, is set to be released Oct. 26 on ATO Records. 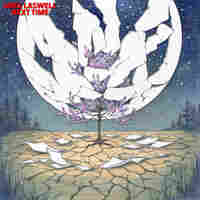 Greg Laswell's last album, Everyone Thinks I Dodged A Bullet, was on Robin Hilton's top ten list for 2016. Laswell's follow-up, Next Time, includes this powerful, deeply personal meditation on the friends the singer has lost to various forms of addiction. He likens substance abuse to the Royal Empress, a fast-growing shade tree with sprawling roots that kill everything around it. Next Time is out on his own Leg Graswell label Sep. 21. 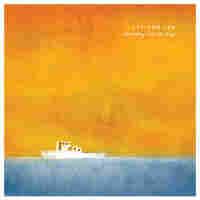 Our 2016 Tiny Desk Contest winner Gaelynn Lea says she came up with this track after a Foreign Services Officer challenged her to write a song about the "last three feet" in diplomacy – a reference to the hardest part of international exchange, one that requires face-to-face, personal contact. Lea says she'd also been hurt a year earlier by a friend and hadn't made peace with it. So, contemplating the song idea, she says, "really helped clarify a lot for me. You have to be willing to recognize not only how you've been wounded but where you too were wrong." Gaelynn Lea's new album, Learning How to Stay, is due out Sep. 7. 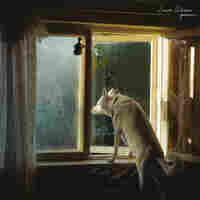 Both Bob and Robin fell for Laura Gibson's beautiful voice and gently strummed songs when she released her 2006 debut, If You Come to Greet Me. She says her latest song, "Tenderness," is an attempt to move listeners toward intimacy and kindness. "We all learn strategies when we're young for how to receive tenderness and so much of adulthood is spent dismantling those strategies. So there's definitely a darkness in this song. I wanted the lyrics to sit in a place where they could either be taken as dark and dysfunctional or as healthy and lovely." Goners is out Oct. 26 on Barsuk.