Accessibility links
IDLES Explain 'Joy As An Act Of Resistance,' Track By Track : All Songs Considered The U.K. post-punk band's new album celebrates humanity in all its forms.

IDLES Explain 'Joy As An Act Of Resistance,' Track By Track

IDLES Explain 'Joy As An Act Of Resistance,' Track By Track 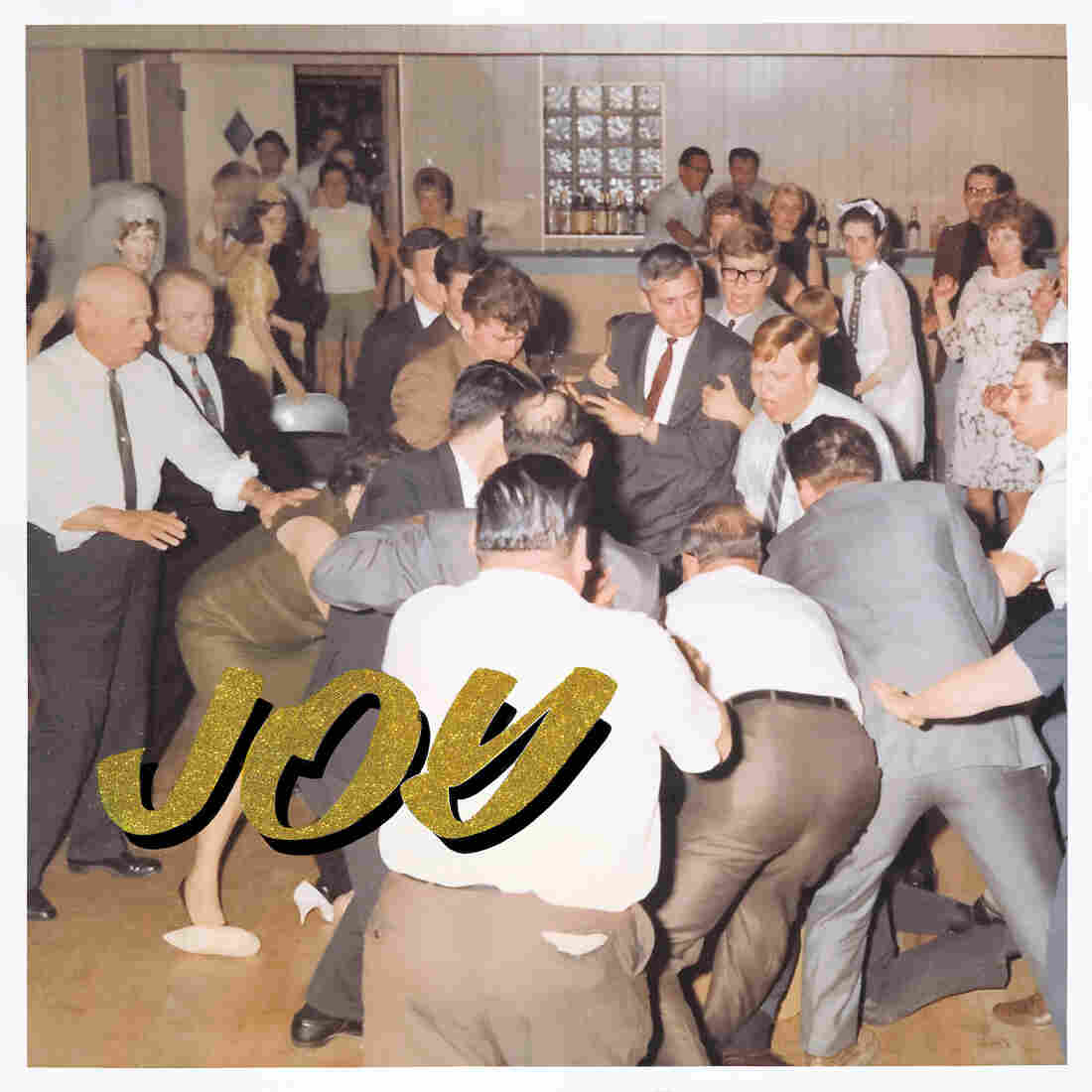 Album cover for Joy As An Act Of Resistance by IDLES. Courtesy of the artist hide caption 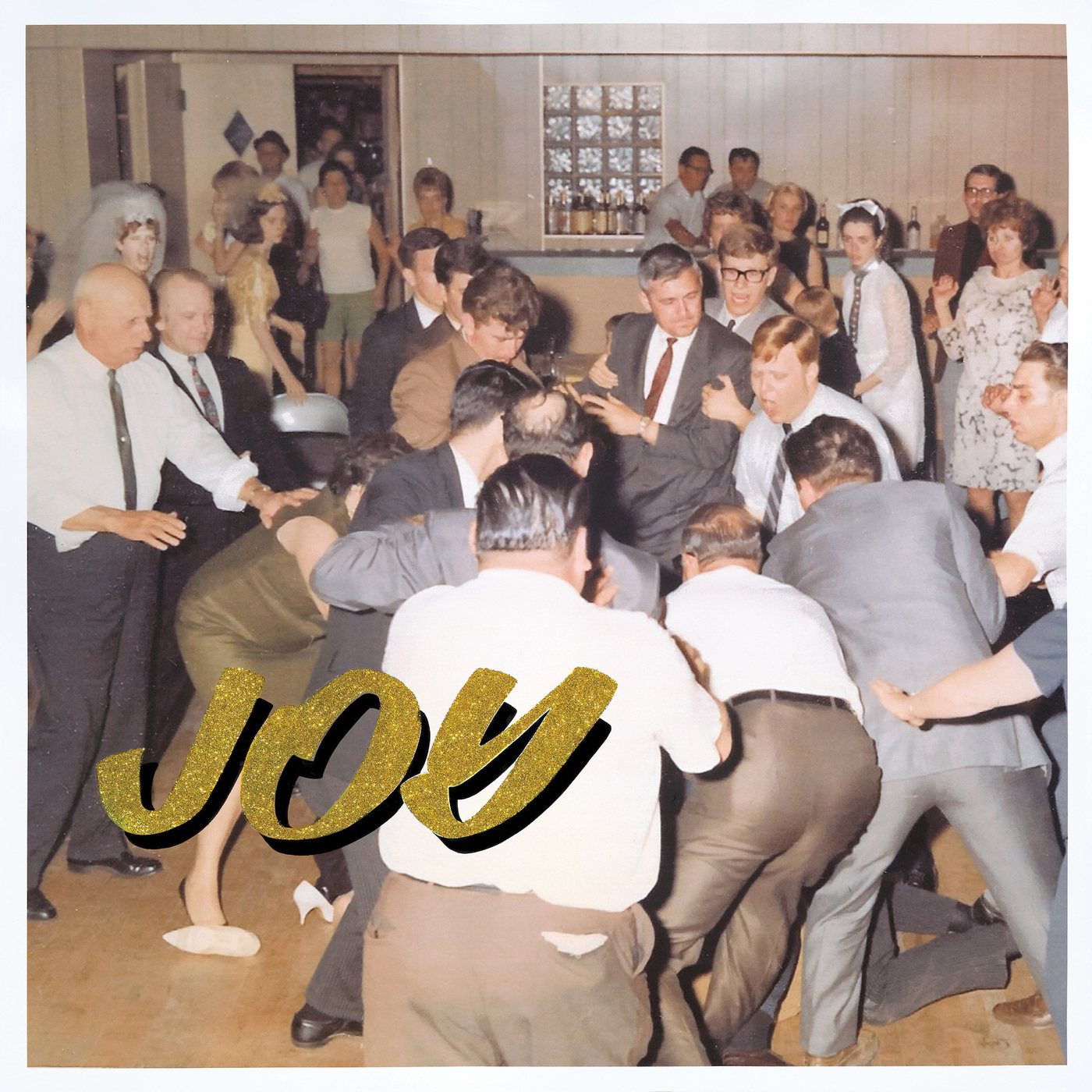 Album cover for Joy As An Act Of Resistance by IDLES.

They're vulnerable and fearless, filled with love but in pain, thoughtful but prone to cathartic outbursts. IDLES is the best 21st century punk-ish band I've heard. Where most outlandish bands spit out lyrics as one-line headlines, IDLES are tellers of truthful tales. The stories on Joy As An Act Of Resistance are taken from real life: a humane look at immigration through singer Joe Talbot's friend Danny Nedelko; the "importance of grieving parents' right to call themselves mothers and fathers"; the "horrid corners" of Joe Talbot's past all the while celebrating human flaws and professing love with a deep urgency.

In this Track By Track, Joe Talbot holds our hands and walks us through the sparks that transformed into song and prose. It's more than what the singer calls a "bosh of garagey blabbersmash": Joy As An Act Of Resistance is a thoughtful attempt at loving one's self while also understanding the importance of community and trust.

This song was written purposely as the opener to the album; we always try and write records as an entity in itself with a brief. We wanted the first track to be cinematic and ominous, as a way of capturing the pressures of performance and grief. We wrote the first crescendo part in about 10 minutes and fell in love. We knew we wanted to throw in a grandiose red herring that would contrast with our more regular bosh of garagey blabbersmash. The lyrics came swift and it all wrote itself, so to speak.

This song came about when I said the album needed a knife to cut through the macabre timbre of the album's arch; as soon as I mentioned "knife," Bobo [guitarist Mark Bowen] shat the riff out like he knew the album wanted it also. I wanted the song to be an exploration of the horrid corners of my past; the bit I felt shame from. I think of my art as a way of being vulnerable, an exercise in catharsis, and a reflection of my ugliness that can exalt shame. Here it manifested into something beautiful, as all catharsis should be.

This was a song built on pace. We wanted to slow the record down and force the listener to march to our beat. The notion of a parade came to mind as soon as we came up with the beat. I wanted it to be a celebration, a defiant parade of all the things. This was a song that we all wrote in unison, and it really gave us a surge. It allowed each individual to breathe. This song helped me come to accept that I am whatever people say, and that's OK. There was an instant feeling of relief once I realized that.

This song came about in the belly of the album. We were in full swing of Joy and the momentum of this song summed up the spirit of our union. I promised Danny [Nedelko, member of Bristol band Heavy Lungs and a Ukrainian immigrant] I'd write a song for him and him me; the tone comes from Danny, and the lyrics came as I thought of his exuberance and how important people like Danny are. I think of this one more as a humane portrait than a political song, but I wanted the two notions to be inseparable.

We wrote this track as a techno-type tune and I loved it, I wanted to use the dark tone as a vehicle to carry a message of unadulterated love for my partner and embody the strength of vulnerability and compassion. Plus, I love Dirty Dancing.

I wrote this song for me. It's the only song where I've ever written the lyrics first and will probably remain so. I struggled to see where it would fit on the album because it was so personal, but after hearing the riff Lee [Kiernan, guitarist] wrote, I realized that I did want to show my pain. I wanted to illuminate the importance of grieving parents' right to call themselves mothers and fathers. I'm not sure I'll ever be able to play that song live.

I'm not sure where the music came from for this one; I think I was absent when it came together, but when I heard it for the first time I wrote the lyrics on the spot. I'd just read The Descent Of Man and Grayson Perry's words struck me with such vigor that it all just came out immediately. I'm very grateful to Perry and other artists who encapsulate such complexity with a sledge hammer.

I wrote this as a song to my daughter. I wanted to write about the new sense of self-belief I've found in celebrating my flaws, but also to motivate my future children in a subversive text.

Brexit. This song is confused and scared, but offers a withered gesture of reassurance that we are all capable of love. The music was based on a jungle bassline I wrote, we then just f***** around with it. The pure celebration of what we love led me to talk about something I don't.

We wrote this as a concept song: we said yes to every idea proposed musically and then applied that to the subject of two coked-up bankers at a funeral. Yes.

I've always been infatuated by this song. I f****** love it. I thought it'd be a magic b-side to the "Samaritans" single, and one night the instrumentation came whilst listening to Grinderman. Plus, I love Dirty Dancing.

This is the oldest song on the album and the perfect closer for an album of self-realization. It's a war cry where I wash my hands of the torrid hateful tabloid press and put my reading glasses on.