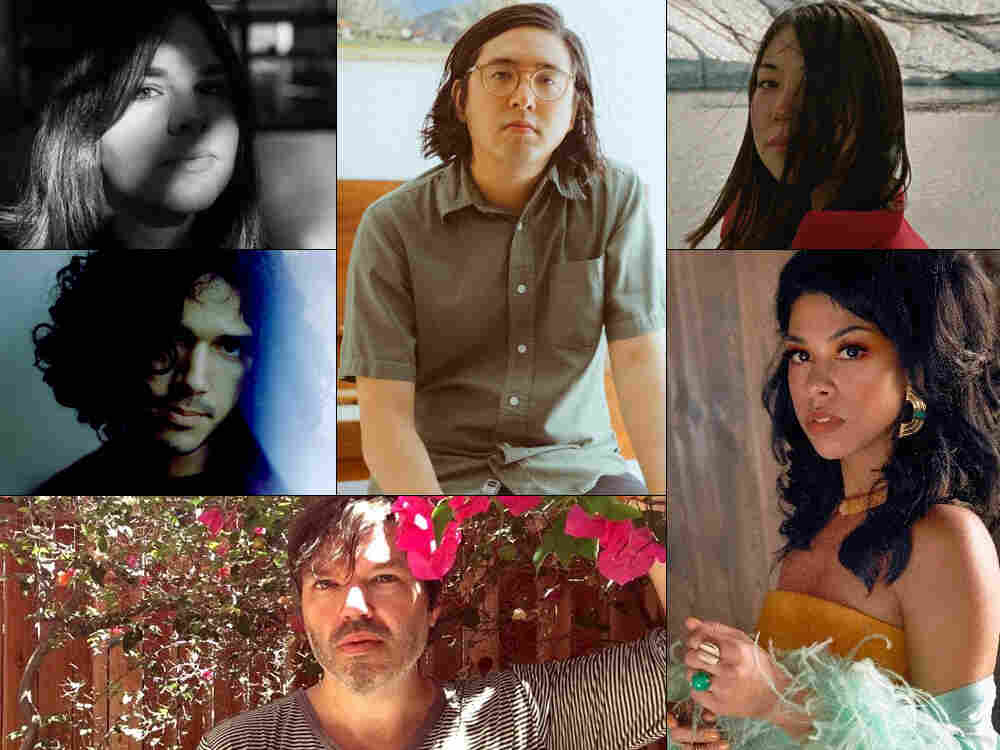 This week's essential mix includes songs of letting go, of healing, moving on and finding a deeper appreciation for the wonder of life. Tarriona "Tank" Ball (of the 2017 Tiny Desk Contest-winning band Tank And The Bangas) offers a surprising and beautiful take on the sentimental 1938 classic "I'll Be Seeing You." The psych-pop multi-instrumentalist (and former All Songs Considered intern) J. Fernandez tries to calm his irrational anxieties on the song "Common Sense." And Monica Martin of the band Phox examines the cruelty of denial and staying in a broken relationship.

Also on the show: The San Francisco-based band Papercuts turns a joke about "Clean Living" into a metaphor for the empty promises of quick fixes; the artist known as SASAMI dreams of reuniting with a lost love when the time is right; Jordan Sudak, who writes and records as Koda, digs deep into inconvenient truths; and Hollie Fullbrook of the band Tiny Ruins reveals the incredible story behind her new song "Olympic Girls."

But first, Bob Boilen and Robin Hilton take a moment to consider the possibility that every little thing is alive.

A pop song for mid-adulthood, "Clean Living" unfurls thin threads of hope around the question: "Is it all just a waste / if you don't come through?" Papercuts' sixth full-length release, Parallel Universe Blues, is out now on Slumberland Records.

A buoyant performer with a winning smile, Tarriona "Tank" Ball brings her comedic toolbox of voices and registers to the table in Tank And The Bangas, trying on hats from crooner to stand-up comic to slam poet. But this rendition of "I'll Be Seeing You," recorded for director Marielle Heller's film Can You Ever Forgive Me? shows a new side of the artist. On piano, Merell Burkett slows down the 1930s classic, adding a mix of sadness and wonder to Tank's impeccable dramatic timing.

Monica Martin's belting voice can be heard fronting the Wisconsin-based band Phox and, in 2017, a record and Tiny Desk performance with Violents. She returns with this solo cut, holding this minimal song in place with powerful vocals on top of producer Eg White's popping beat. "Cruel" has been released as a one-off single and is out now on Republic Records.

On a Memphis bus carrying newly released convicts, Tiny Ruins singer Hollie Fullbrook met a man who told her about his "escape:" watching the Olympics from prison. The title track from Fullbrook's new record Olympic Girls imagines the televised event "from inside of an institution, where there was no glamor, no tenderness, no softness, no beauty." Olympic Girls is out Feb. 1 on Ba Da Bing!

In the past decade, Sasami Ashworth has been the synth player in Cherry Glazerr, a spare voice for Wild Nothing and played French horn in Los Angelas-based orchestras. Now, with two solo singles out on Domino Records, she's the voice of the "over-dramatic drafts of texts that you compose in the 'notes' section of your iPhone."

J. Fernandez says "Common Sense" is about "my habit of overanalyzing everything - things I've said, things other people have said - taking those apart and replaying them in my head on repeat." The cut is from his upcoming full-length Occasional Din, out Nov. 9 on Joyful Noise Recordings.

An adolescence of "circuit-bending" Furbies and singing in his parents' experimental rock band brought ambient pop artist Jordan Sudak to music-making. But it's Sudak's hard work, teaching himself QBASE and writing hundreds of songs for Internet release, that has earned his project Koda millions of streams. Koda's debut mixtape Same As It Ever Was is out Oct. 26.