Accessibility links
How The Beatles Made 'The White Album' : All Songs Considered Producer Giles Martin shares the remarkable stories, early demos, outtakes and stunning new mixes from the just-released deluxe version of the album. 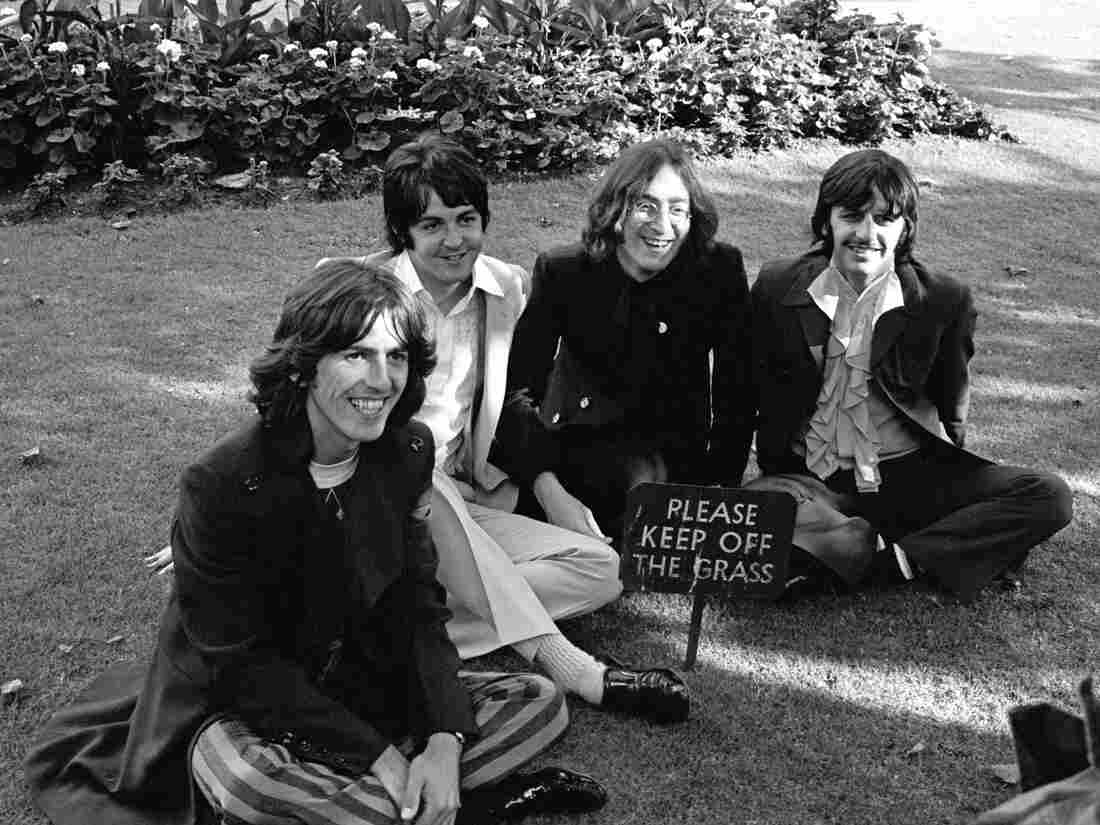 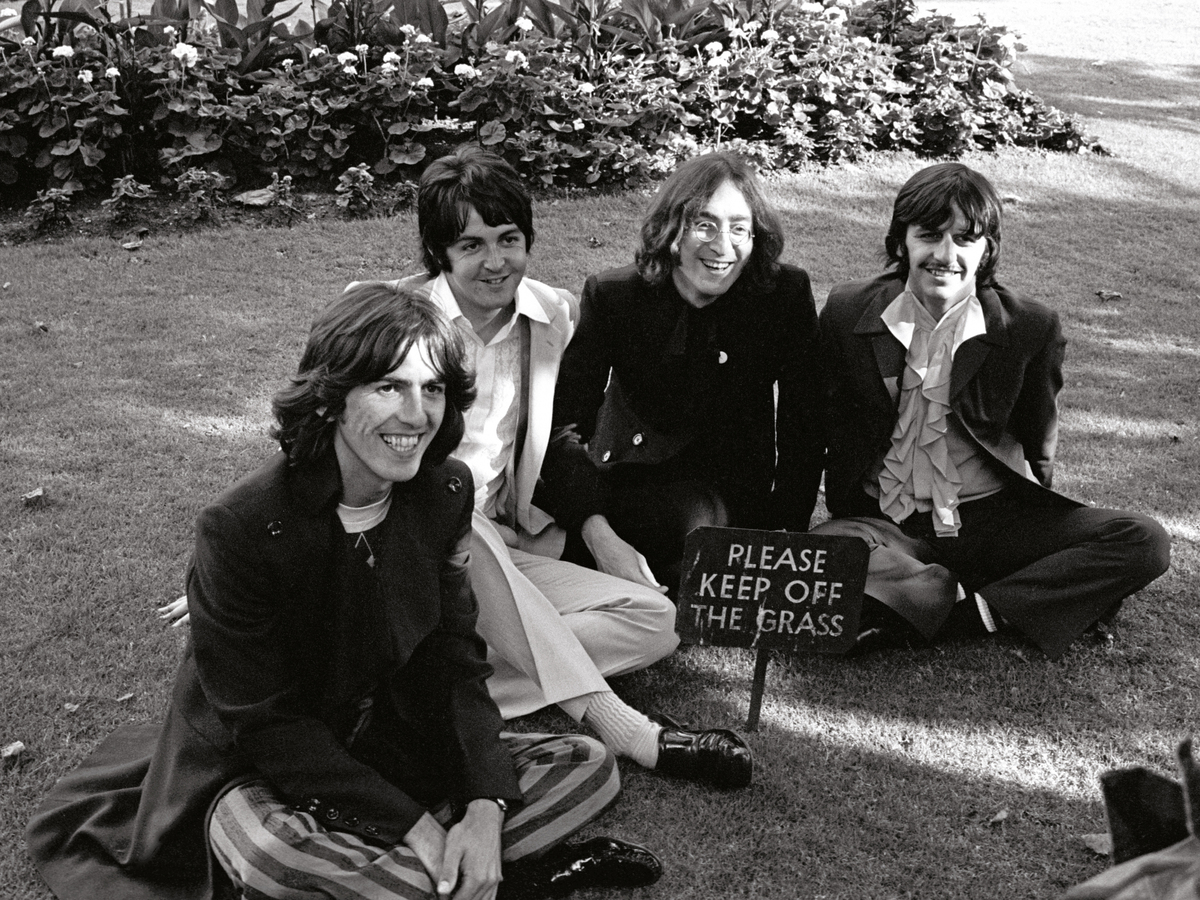 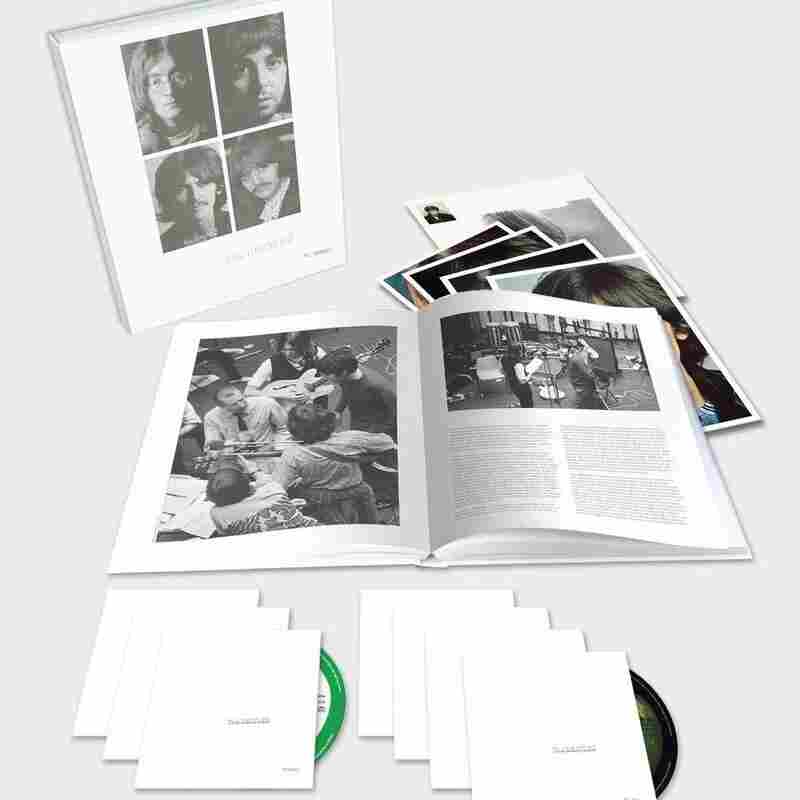 Fifty years ago, just before the holidays in 1968, The Beatles put out not just a new album, but a double album, something relatively unheard of at the time. The album art was a stark, white, glossy cover with raised, slanted lettering that simply said, "The Beatles." That self-titled album, with its 30 songs that span genres from American country music to avant-garde tape collage, has come to be known as "The White Album." And in celebration of its birth 50 years ago, The Beatles label Apple Records has scoured the archives for a new deluxe edition of the album that, for the first time, includes previously unreleased, early demo recordings, studio outtakes and stunning remixes in both stereo and 5.1 surround.

Today we've got a conversation with the man who produced this 100-plus song celebration, Giles Martin, whose father, George Martin, produced "The White Album" back in '68 (along with most everything else The Beatles ever made). In this interview with Giles Martin, you'll hear some of the early demos, outtakes and remixes. But he begins by describing the process of making of the "The White Album," how it turned out to be a much-less planned and much more organic process than ever, and how that frustrated George Martin.

You can hear the full conversation (and the music) with the play button at the top of the page and read edited highlights below.

Giles Martin on how "The White Album" grew out of an almost free-form period of creativity for the band.

"'The White Album' was built brick-by-brick, with no idea what it would be like in the end. So they went to Rishikesh in India and they wrote songs. Don't forget they were no longer touring, so before Sgt. Pepper they were touring and they toured for four years constantly. But they recorded demos for pretty much everything. And we discovered these demos, the "Esher demos" [and they] are the template that became "The White Album." You get that sense of the demos, which is almost 'round the campfire, each one of them singing a song to the other. 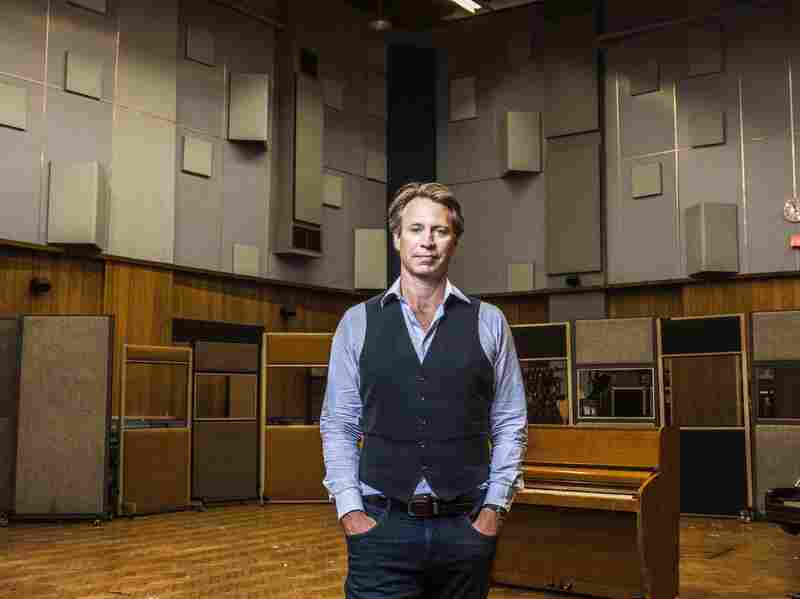 Giles Martin, producer of the 50th anniversary edition of "The White Album." Alex Lake/Courtesy of the artist hide caption

"I think Eric Clapton was [George Harrison's] best friend. And I think he asked Eric to come to the sessions because it's like, 'listen guys. Eric Clapton is my best friend. He's the best guitarist in the world. If he thinks I'm good surely you guys must.'"

On why he decided to remix "The White Album"

"What I am trying to do is, I'm trying to get you closer to the band. So I'm peeling off the layers of compression that [were] on there. I don't have to worry so much about [the] needle jumping out of the groove as they did in 1968."