Accessibility links
Sir Babygirl Builds A 'Haunted House' To Exorcise Herself : All Songs Considered Sir Babygirl's Kelsie Hogue has turned your most disastrous nights into a catchy, carnival-esque nightmare.

Sir Babygirl Builds A 'Haunted House' To Exorcise Herself

Sir Babygirl Builds A 'Haunted House' To Exorcise Herself

Sir Babygirl's Kelsie Hogue has turned your most disastrous nights into a catchy, carnival-esque nightmare.

"The most insidious thing about self-destruction is how hard it is to spot," she tells NPR Music. "It's quite a shape shifter. With this album, I wanted to face my self-sabotaging tendencies head-on in hopes of exorcising them." 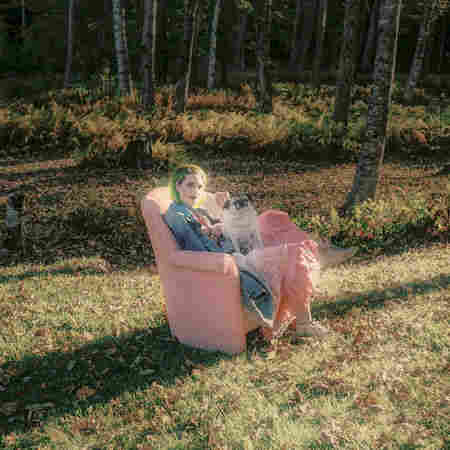 In the "Haunted House" video — directed by Eli Raskin with choreography by Ashley "Robi" Robicheaux — Hogue jerks her body like a marionette's, scribbling in her diary and hitting high note after high note with the frenzy of someone who's belted hours of karaoke hits into her hairbrush.

"We wanted the set to reflect the idea of being trapped in your own trauma, with no perception of the outside world," Hogue says.

A self-described theater kid, Hogue crafted Sir Babygirl as a project in which everything — celebration, self-sabotage, healing — is part of the performance. There may be trauma to work through, but Sir Babygirl is an agent of catharsis: an inner world in which Hogue plays all the parts, in which a role only has power if you choose to play it.

Sir Babygirl's debut album Crush on Me comes out Feb. 15 via Father/Daughter Records.