Accessibility links
Dog, Take The Wheel! LVL UP's Mike Caridi Officially Debuts The Glow : All Songs Considered There are so many good dogs in the video for "Beamer," the stand-alone single from Mike Caridi's (ex-LVL UP) solo project. The Glow's Mike Caridi with his pet and video co-star Charlie. Adam Kolodny/Courtesy of the artist hide caption 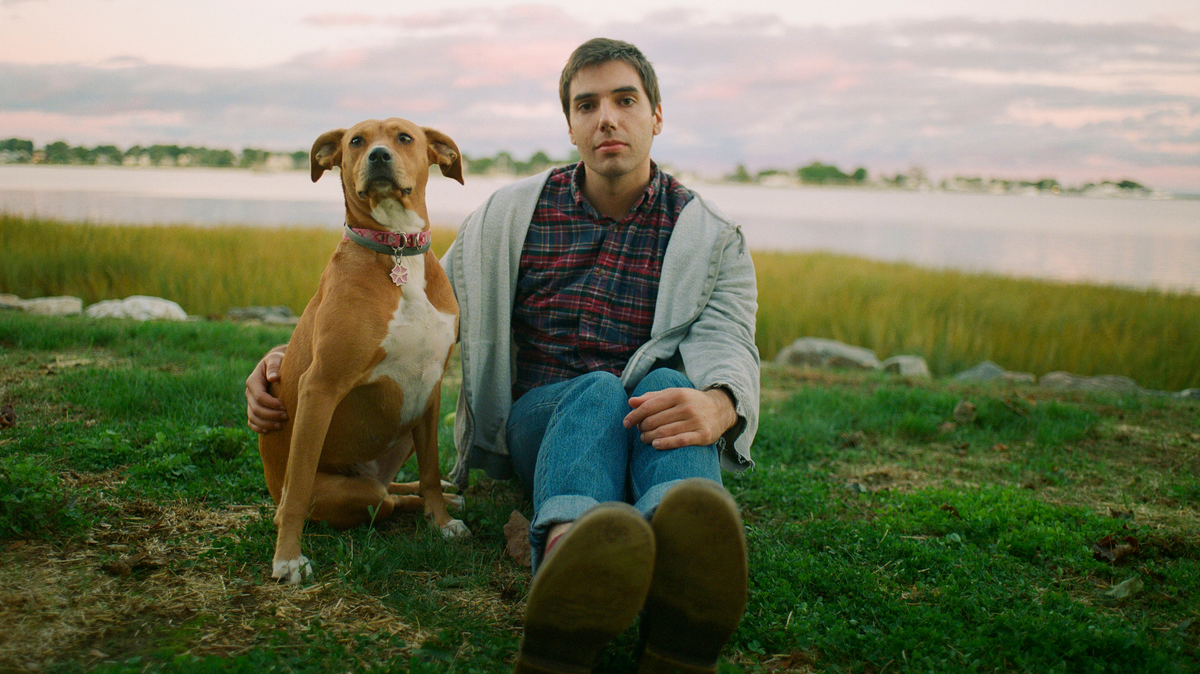 The Glow's Mike Caridi with his pet and video co-star Charlie.

Adam Kolodny/Courtesy of the artist

As the co-founder of both the independent record label Double Double Whammy and the now-defunct band LVL UP, Mike Caridi has utilized The Glow as a side project for musical exploration since 2013. But now, the Brooklyn musician is shifting his focus and making his solo venture a priority, with a full-length solo album anticipated in 2019.

The Glow's first, stand-alone single "Beamer" is reminiscent of LVL UP's signature sound, with distorted vocals and fuzzy guitars; however, Caridi makes a left turn with the employment of Mellotron flutes, cellos, nylon string guitars and keyboards. Caridi first wrote "Beamer" in the spring of 2015, at a time when vivid dreams about his childhood dog plagued him. The lyric, "I'll see you in my backseat dream, because my memories escape me," is a nod to the LVL UP song "Fur," which references the same visions.

"The lyrics of the song are reflecting on my relationship with my childhood, and the loss of memories as I've gotten older," Caridi tells NPR Music. "I made a rock band demo of 'Beamer' a few years ago, but with this version I tried to pay closer attention to what was happening sonically and compositionally."

In the accompanying video directed by Adam Kolodny, Caridi is shown waking up in his childhood home, before receiving a text from Charlie, his current dog, that the canine crew has arrived to pick him up. The group ends their day by watching the sunset over a waterfront, reaffirming the luminous nostalgia that fuels The Glow.