Accessibility links
New Sleater-Kinney Album, Produced By St. Vincent, Confirmed For This Year : All Songs Considered Guitarist Carrie Brownstein tells NPR, "We always planned on getting back in the studio — it was just a matter of when." 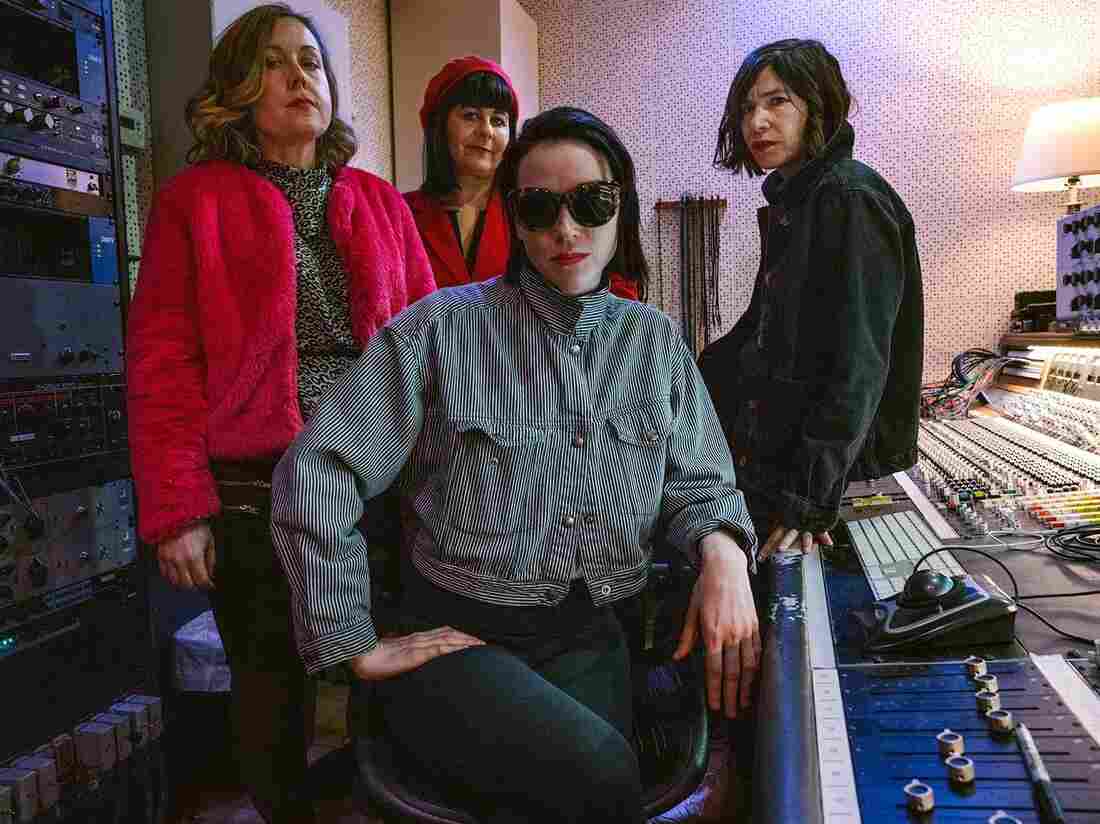 Sleater-Kinney and St. Vincent in the studio. Jonny Cournoyer/Courtesy of the artist hide caption

Sleater-Kinney has confirmed it's releasing a new album sometime this year, produced by St. Vincent. Guitarist Carrie Brownstein tells NPR, "We always planned on getting back in the studio — it was just a matter of when. If there is an overarching principle to this album, it's that the tools on which we were relying proved inadequate. So we sought new ones, both metaphorically and literally." The as-yet-unnamed album follows 2015's No Cities to Love, which, at the time, was the band's first new music after a nearly decade-long hiatus.

Both St. Vincent and Sleater-Kinney initially announced the new project with posts on Facebook and Twitter that included a photo of the group in a studio. While there's no word yet on what brought them together for the album, St. Vincent has covered Sleater-Kinney's work and appeared on Portlandia.