Accessibility links
Have A Few Minutes Of Serious Fun With Bob Mould : All Songs Considered The Hüsker Dü legend returns with a new album, a new video, a new single and a new, sunnier outlook that's not dimmed by his obsession with the surveillance state. 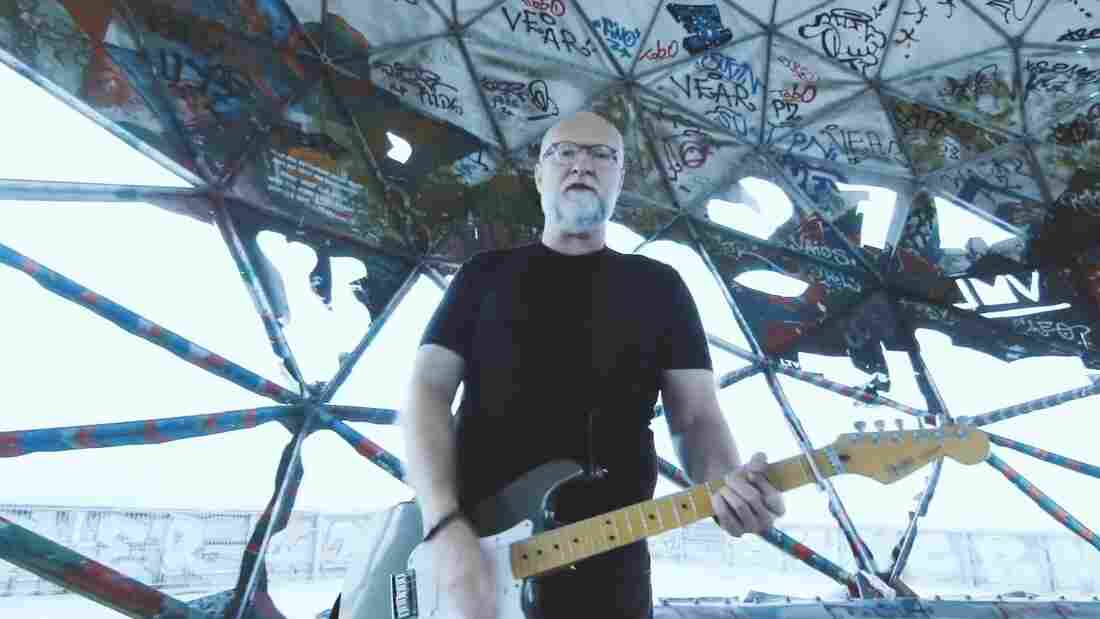 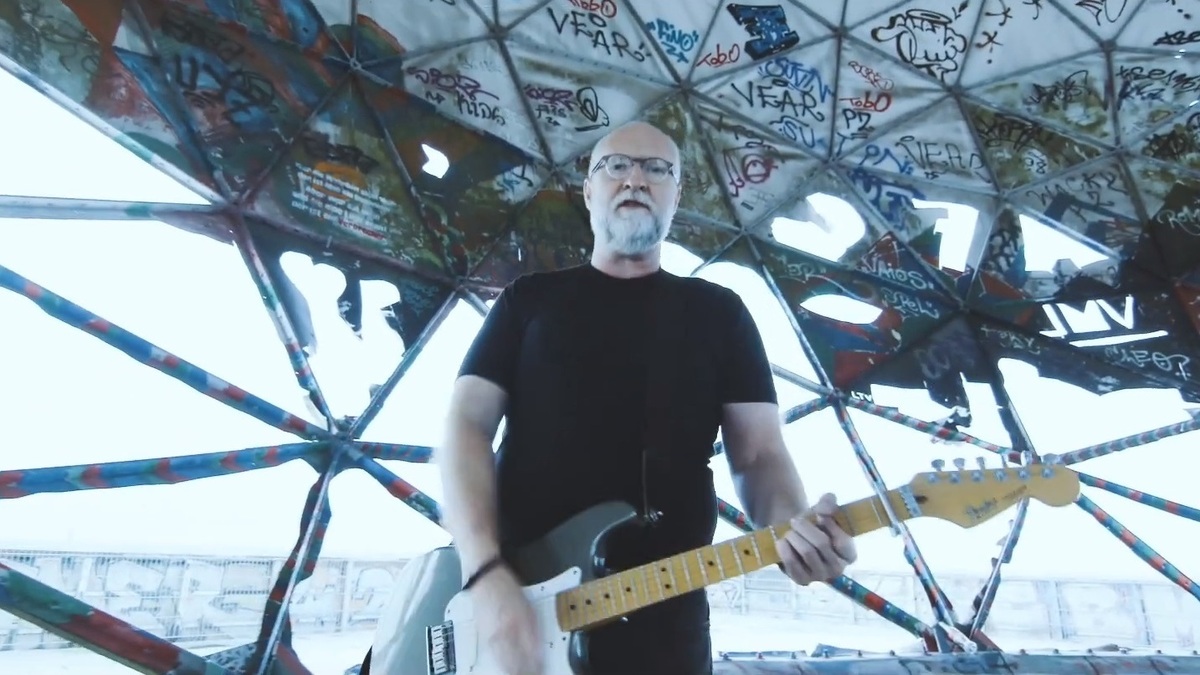 In the first 15 seconds of his new video, Bob Mould tells the world: "Dictators, terrorists and tech companies have created an apocalyptic surveillance state. The Western world has fallen into a deep state of paranoia and disinformation."

The video — for Mould's new song, "Lost Faith" — cuts to a scene of our protagonist, living in Germany, being interviewed by the media. From Mould's paranoid point of view, all he can see are drones following him. And when the reporter asks, "What are you running from?" the music kicks in and Mould sings: "I've lost faith in everything / Everything, everything." This could simply be the perfect song for our times, but what Mould does in "Lost Faith" (and elsewhere on his forthcoming album Sunshine Rock) is take the negativity and fear and locate the positive. "I know we all lose faith from time to time," he sings. "You better find your way back home."

Bob Mould is a legend, and his band Hüsker Dü informed a huge swath of music in the '90s. These days, he is, in fact, living in Germany; it's been a few years and he says he's newly inspired. The new album is full of themes of sunshine instead of "black sheets of rain."

Writing via email, Mould says of "Lost Faith" that "there's a hint of migration, a dash of border security and a whisper of government surveillance, climaxing across the multicolored canvas of an abandoned NSA listening station perched atop the highest hill in Berlin. But at the end of the day, it's a high-end music video for a catchy, inspirational, uplifting pop song."